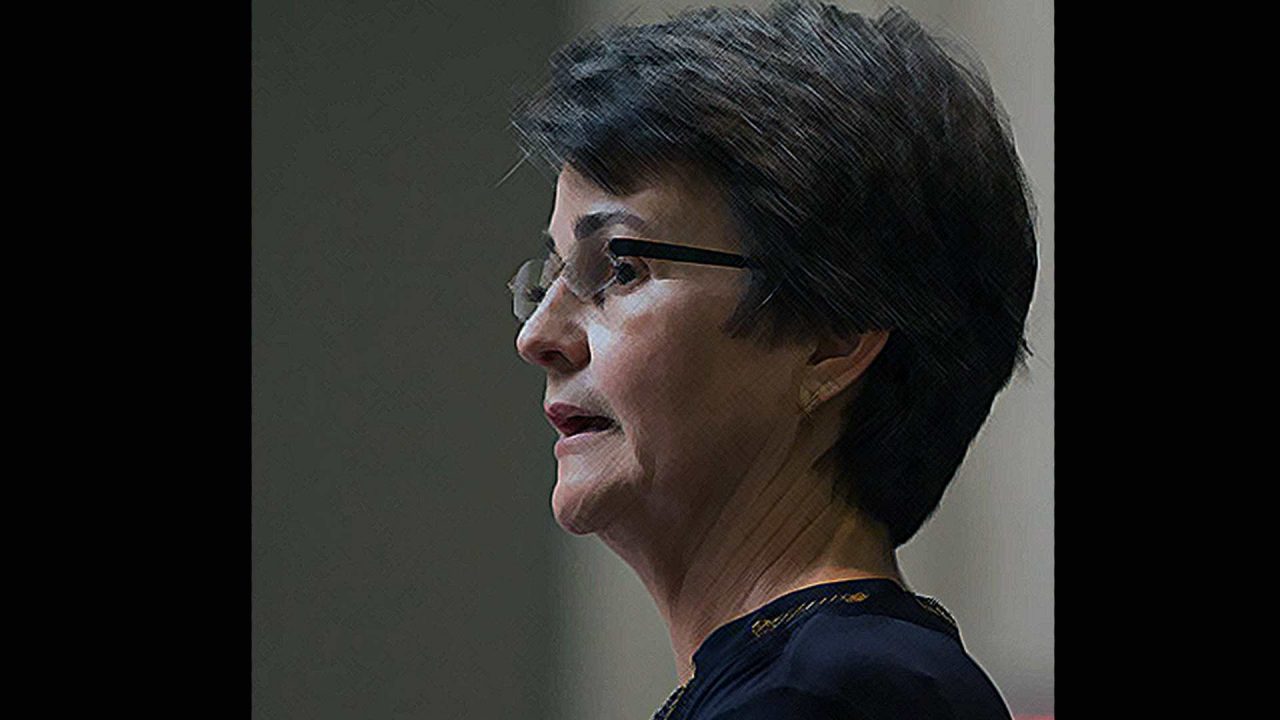 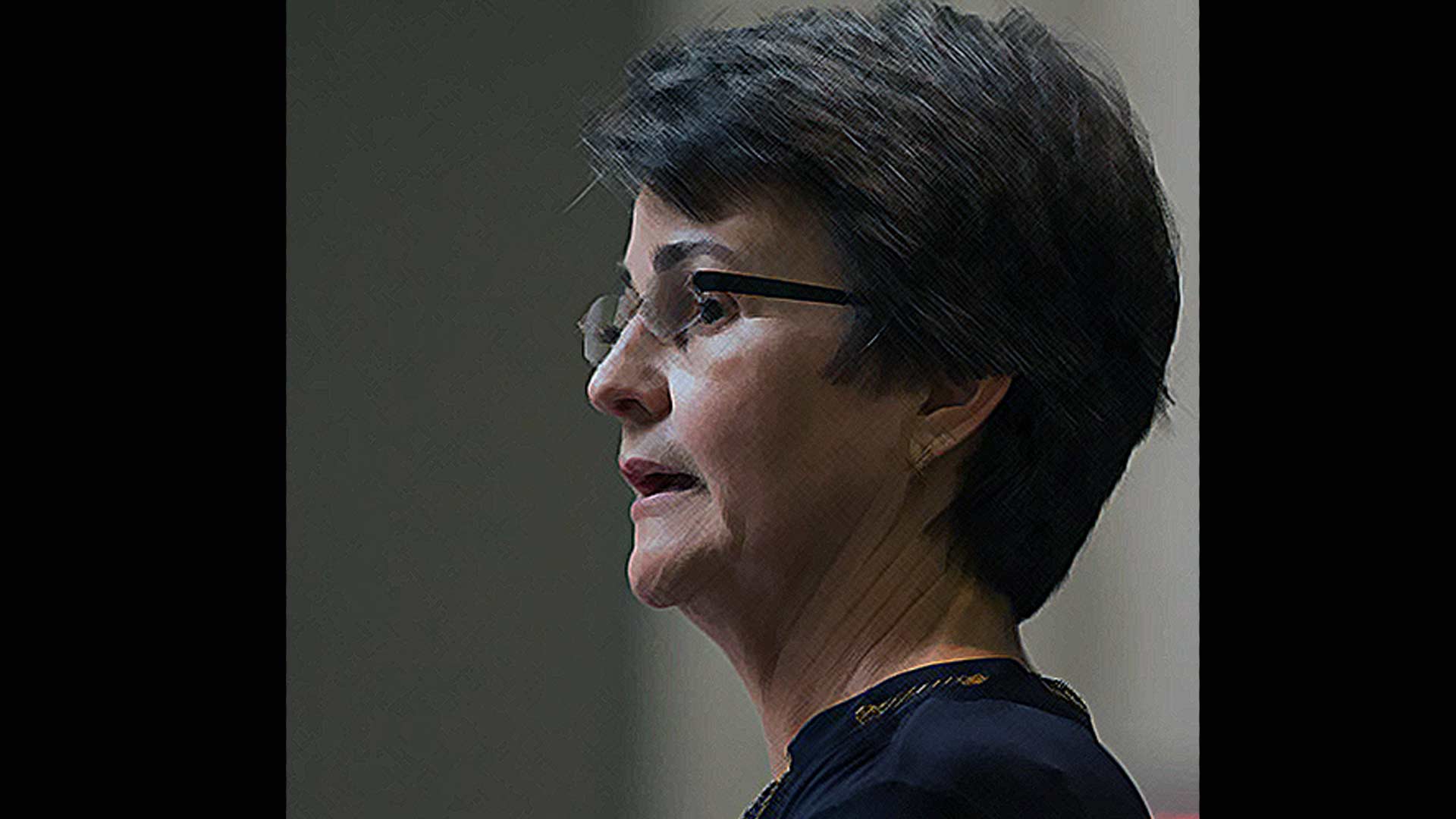 Alaska Supreme Court Justice Susan Carney will appear on the Nov. 3 general election ballot for her first retention election. She was appointed by former Governor Bill Walker in 2016. If a majority of voters choose to retain Justice Carney, she remains a justice and will not have to stand again for retention until 2030.

…those who are concerned about the domination of our courts should vote NO on Justice Carney.

Carney falls in comfortably with the progressive justices that have controlled the Alaska Supreme Court for many years. That fact is determined by the Alaska Judicial Council which screens applicants for submission to the governor. Democratic governors are happy with the system; Republican governors predictably complain. Until he retired this year, Justice Craig Stowers was the only “conservative” on the high court. All of the nominees submitted by the Judicial Council to replace him came with progressive credentials. The young assistant attorney general chosen for the seat had been an ACLU intern, so it is highly likely we will see no dissents from the progressive juggernaut. The only recourse citizens have to hold judges accountable is the retention election. In this election, those who are concerned about the domination of our courts should vote NO on Justice Carney.

The same basic issues that are now bitterly fought out for the federal courts are present here. It is not primarily a question of legal qualifications, but rather a question of who in our representative democracy is the ruler – citizens or lawyers in black robes.

Two opinions issued by the court last year illustrate the importance of the retention election. In one case, State vs. Planned Parenthood, Feb. 15, 2019, the majority opinion was written by Justice Carney and joined by three other justices, with Justice Stowers dissenting. In another case, John Doe vs. Department of Public Safety, June 14, 2019, Justice Carney was part of a narrow 3 – 2 majority, with Justice Stowers again dissenting along with Chief Justice Bolger.

In 2001 the Alaska Supreme Court ruled that the state was required to pay the cost of “medically necessary” abortions. Then Chief Justice Dana Fabe, who wrote the Court’s opinion, stated multiple times that the State was not required to pay for “elective” abortions. In response, a bill and regulations were carefully drafted adhering to what Fabe claimed was constitutionally required and providing that no state money would be spent on elective abortions. The bill passed the Legislature and was signed into law by Governor Parnell.

Predictably, Planned Parenthood, a favorite plaintiff of the Supreme Court progressives, sued. This time Justice Carney, completely ignoring the earlier court precedent that enticed the effort to pass a law democratically, ruled that all abortions must be paid for by state funds. Abortion is a fundamental right, she said. However, that dogma is a court creation, never created as such by the people. The result was a classic and ruthless “bait and switch” by the court, luring the public into a belief that the court would approve the new law based upon what it had previously stated. Carney, writing the opinion for the majority, reneged on the court’s earlier statements without so much as a “fig leaf” explanation for the court’s deceitful behavior.

This was not the first time for such blatant dishonesty. In 2010, an initiative, approved by 56% of the voters, enacted a legal requirement that a parent be notified before an abortionist could perform an abortion on their minor child. The Supreme Court declared the law “unconstitutional” in a 2016 decision. Yet in an earlier case from 2007, involving parental consent, the court specifically said that “notice” would be constitutionally acceptable, even citing certain statutes in other states. Reason number one for a NO vote on Justice Carney is the audacity that she and other Supreme Court justices have demonstrated by slapping down democratically passed legislation that they previously promised would be approved.

The other case involved a convicted sexual predator who claimed that requiring him to register as a sex offender violated his constitutional rights. The majority, including Justice Carney, agreed. The court, out of thin air, created a hearing process where none previously existed, allowing each convicted felon to argue that he wasn’t a danger to the public and therefore shouldn’t be placed on the public sex offender registry. The dissenting justices, Bolger and Stowers, correctly accused the majority of asking the trial courts “. . . to perform what is essentially a legislative function.” It is a common complaint against progressive courts that they expand their powers to the legislative sphere where the courts do not belong.

Earlier this year the court issued a public statement on racism in the wake of the George Floyd death in Minneapolis. The statement pledged to do more to “change this reality” of racism and “help heal the raw wounds of racism and history.” The actual task of courts is to adjudicate cases between contesting parties based on the law, not to solve the most complicated dysfunctions of our culture, and certainly not to posture with virtue signaling. The statement therefore compromised the position of the Court which could be called upon to adjudicate actual cases involving police officers and minorities. The Minnesota Supreme Court appropriately took the opposite path, issuing a statement that there would be no comment on the Floyd case for that very reason.

Reason number four is the lopsided partisan nature of the lawyers who make up the Alaska Bar Association and most of the Alaska Judicial Council. Among members of the Bar Association, Democrats outnumber Republicans by a margin of nearly 2 to 1, which is precisely the opposite of the Alaska population as a whole, where Republicans outnumber Democrats by nearly 2 to 1. Susan Carney is a registered Democrat. Given the fact that the decisions of progressive judges generally align with their political leanings, the results are predictable and not in harmony with the Alaska public.