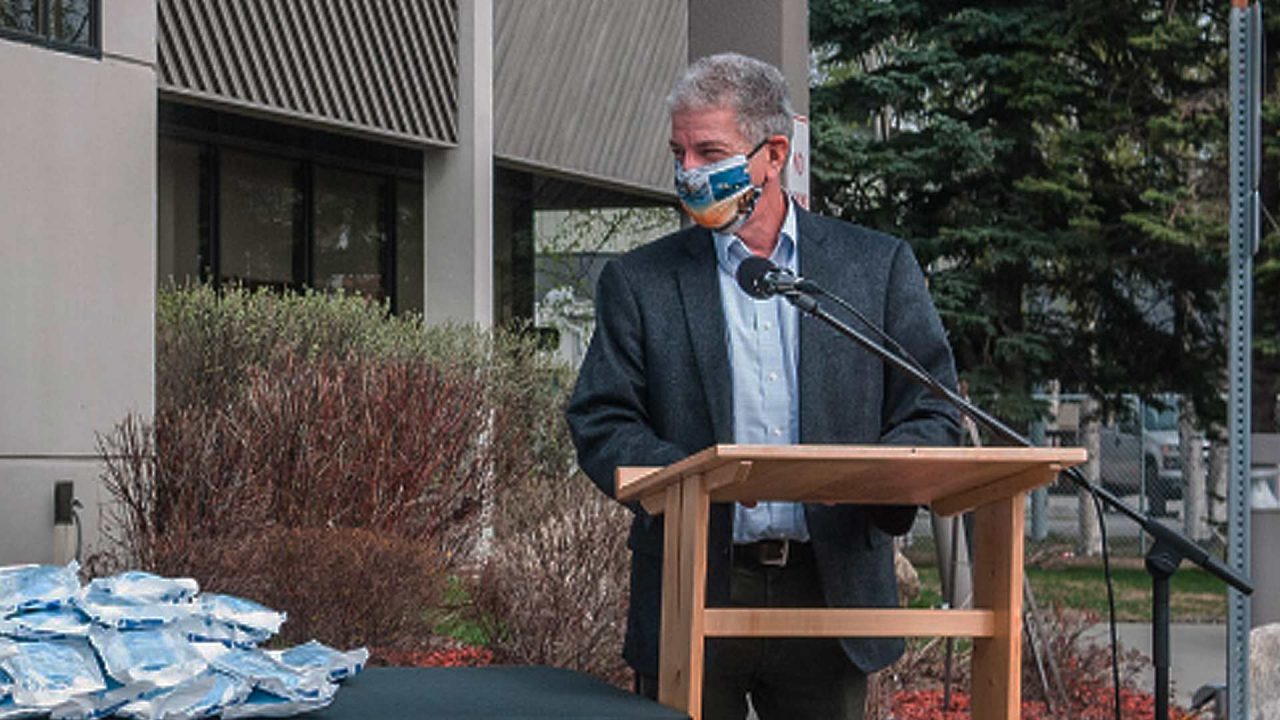 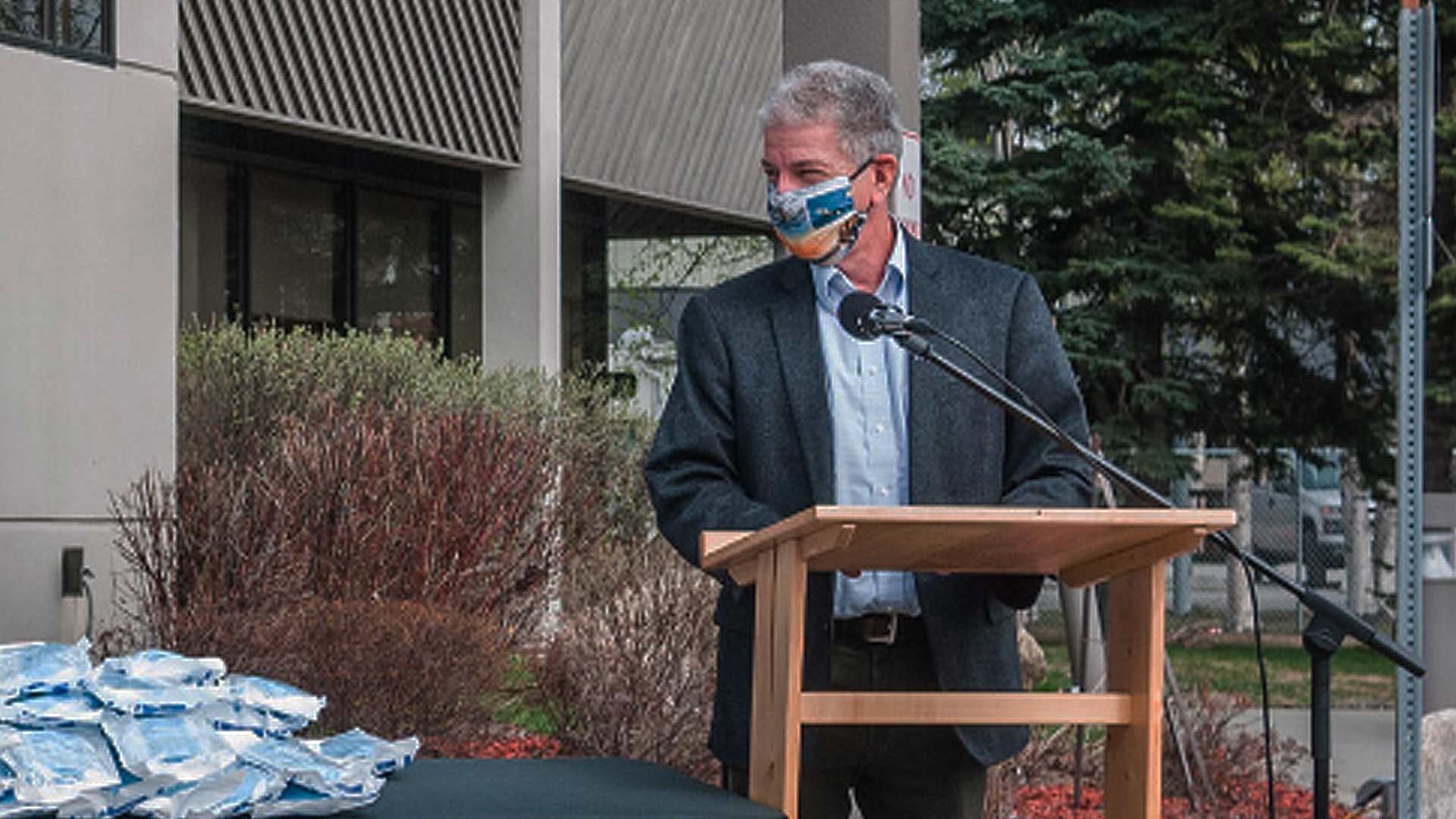 One day after admitting to an inappropriate messaging relationship with local television reporter Maria Athens, Anchorage Mayor Ethan Berkowitz announced that he will step down from office on Oct. 23.

The announcement came at the start of the Oct. 13 Assembly Meeting, in which Berkowitz was absent. His chief of staff Jason Bockenstedt dropped the bombshell news which was met by thunderous and extended cheers, including a standing ovation from those gathered inside the Assembly Chambers (see video at the end of this article). Cheers and honking could be heard moments later when the crowd outside the chambers caught wind that the mayor was quitting.

“My resignation results from unacceptable personal conduct that has compromised my ability to perform my duties with the focus and trust that is required,” Berkowitz’s statement read. “I know my conduct has done great injury to my family, my staff, to municipal employees and to the people of our community, and for that I am deeply sorry. To make this transition as soon as possible, my resignation will be effective Friday, Oct. 23rd at 6 p.m.”

Berkowitz’s immediate replacement will be the chair of the Anchorage Assembly, which is currently Felix Rivera.

The mayor’s political fall completes a five-day saga which began last Friday when Maria Athens, a reporter for KTBY and KYUR released a viral Facebook video saying she planned to air a story on Oct. 9 alleging that Berkowitz had “posted x rated photos on an underage girls website.” Athens included a photo with her post which showed the back of a naked man who resembled the mayor.

The mayor’s office immediately issued a statement saying the allegations were “slanderous” and “categorically false.” Berkowitz’s administration called the report a product of someone who is “hostile and unwell.”

On Oct. 12, however, the mayor issued an apology to Anchorage citizens in which he admitted to having an inappropriate relationship with Maria Athens. He did not directly address the allegation that he posting x rated photos except to say that he did not commit any crimes.

“I apologize to the people of Anchorage for a major lapse in judgment I made several years ago when I had a consensual, inappropriate messaging relationship with reporter Maria Athens,” he said. “I’m embarrassed and ashamed for the hurt I’ve caused my family and our community. I take responsibility for my actions. A joint investigation into the recent allegations made by Ms. Athens was completed by the Anchorage Police Department and FBI and found no evidence of criminal conduct.”

Berkowitz added: “It takes time to rebuild trust and I hope you afford me the opportunity to do so. During the remaining months of my term, I will continue working on the important issues we face. Please consider my family’s privacy during this difficult time.”

The same day, Anchorage Assembly Chair Felix Rivera issued a statement acknowledging that the Assembly was informed of “improper and distasteful actions taken by our mayor.”

“While an investigation by APD and the FBI found no illegal activity based on the allegations made against the Mayor last Friday, we now understand that the Mayor engaged in a consensual yet inappropriate relationship with an adult,” Rivera said. “We are disappointed and disheartened by this news and send our heartfelt support to First Lady Dr. Mara Kimmel and the rest of the Mayor’s family, who we know are going through a very difficult time.”

The station Athens works for never aired her story on Berkowitz. The night she was to broadcast, Athens was arrested by Anchorage Police for disorderly conduct in the station’s parking lot. She was released after posting a $100 bail on Oct. 11.

With the announcement of the end of Berkowitz’s five-and-a-half-year reign as mayor, the city will need a new executive. Berkowitz’s term wasn’t set to end until April 2021.

Berkowitz’s immediate replacement will be the chair of the Anchorage Assembly, which is currently Felix Rivera, but the could Assembly vote to reorganize and choose a new chair. Assemblywoman Jamie Allard attempted to reorganize Oct. 13, but her motion failed.

Shortly after Berkowitz’s announcement, the Assembly voted to extend the mayor’s extraordinary emergency powers for the fifth time until Nov. 30, which means Rivera would take over this authority on Oct. 24.

Over the past seven months, these powers have been used to mandate masks, limit group gatherings and close or severely restrict businesses, churches, and other facilities because of concern surrounding COVID-19. The mayor’s decisions have been met with fierce and vocal opposition, including rallies and protests outside the Assembly Chambers and several rolling automobile parades through the streets of Anchorage. Assembly meetings have turned into rallying cries against the mayor and assembly members who have empowered him.

Through it all the mayor has chastised those who have opposed his health mandates and closures, calling on Anchorage to “do the right thing” and follow his mandates.