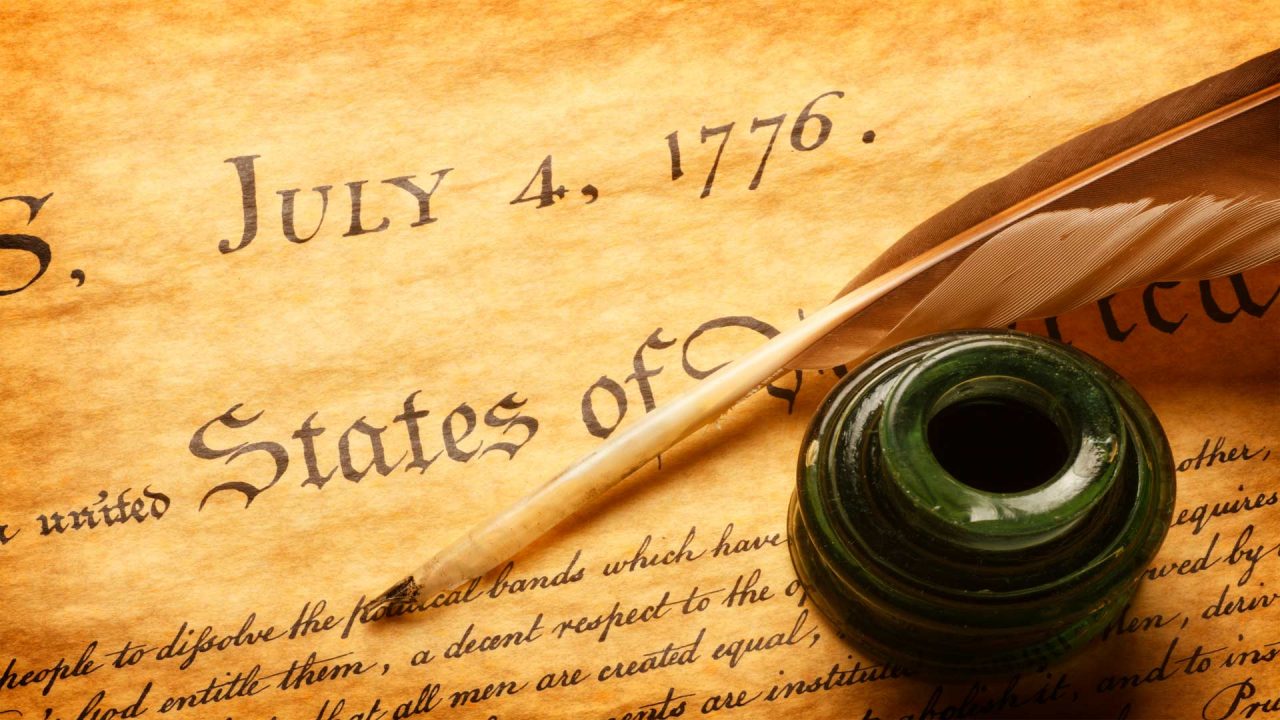 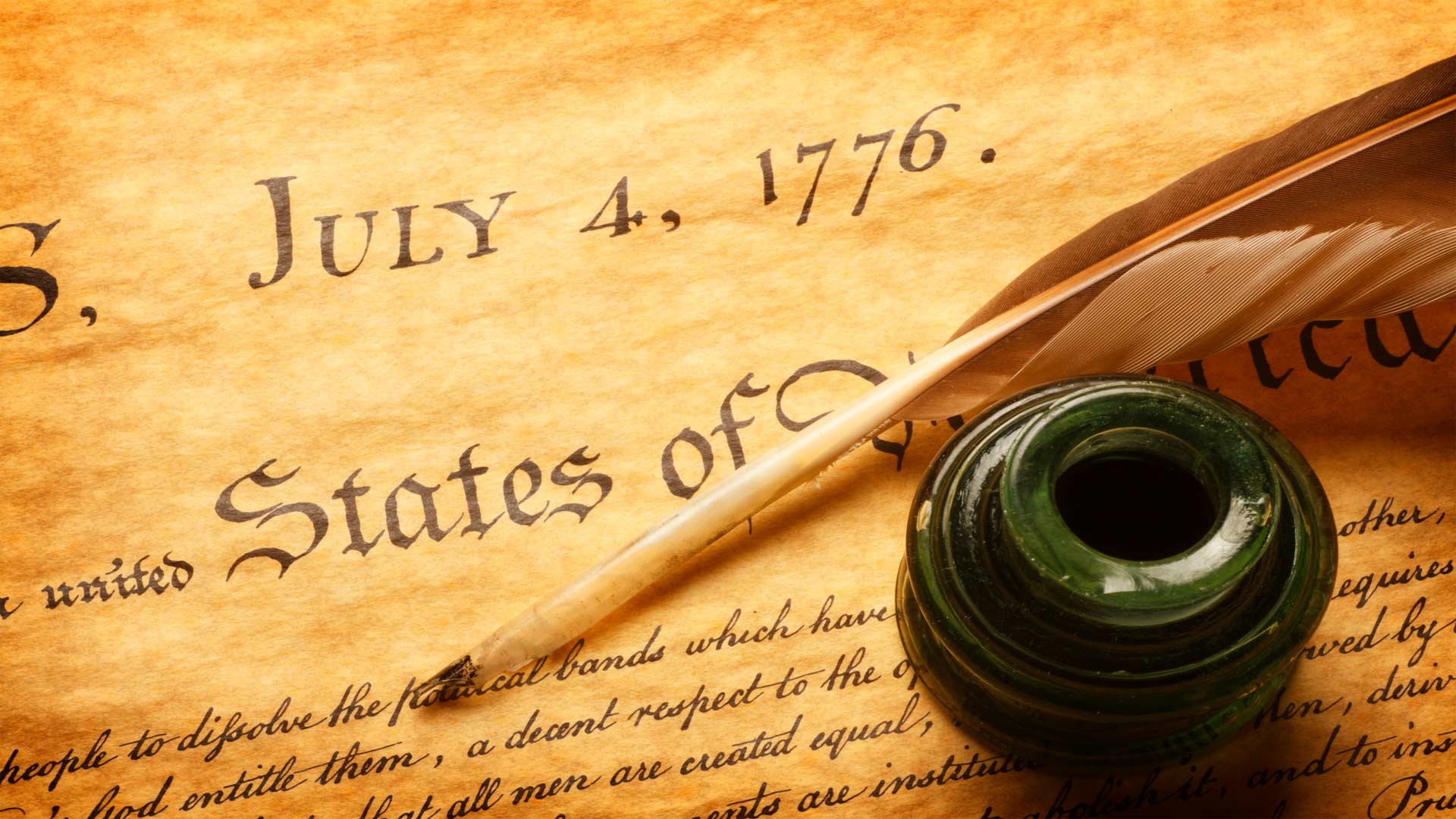 It’s not often that quotes from Benjamin Franklin, Plato and President John F. Kennedy echo through the Alaska Senate Education Committee chambers. The March 10 hearing on Senate Bill 72 was different.

In considering whether Alaska students should be required, before graduation, to pass the civics test administered by Homeland Security to all would-be citizens, the discussion quickly went to the very heart and mission of public education.

The bi-partisan senate bill, sponsored by Sen. Gary Stevens (R-Kodiak) and Sen. Tom Begich (D-Anchorage) would require students to know among other things, who wrote the Declaration of Independence, what caused the American Revolution and what is in the Bill of Rights. The 128-question test also asks students to note some of the accomplishments of the Founding Fathers, and why we have an Electoral College voting system.

Stevens, a retired history professor, said he is deeply concerned over the general lack of knowledge about U.S. history and civics. To make his point, he highlighted a dramatic moment that occurred shortly after the Founding Fathers finished writing the U.S. Constitution.

“All the members walked out of the room where they were meeting in secret and a lady stopped (Ben) Franklin. She said, ‘Dr. Franklin, what have we got, a republic or a monarch?’ And he said, ‘A republic if you can keep it’” Stevens recounted.

“This bill is not a new coat of paint on our public education system,” Johnson said. “It’s a much-needed effort to repair the foundation.”

Today, we are “having trouble keeping it,” Stevens lamented, and that’s because so many do not know, understand or appreciate U.S. history. Of the civics test, he observed that “many Americans have trouble passing it … these are really civil questions that every citizen should be able to answer.”

Tim Lamkin, one of Stevens staffers, said that 92% of incoming Americans could correctly answer at least 60% of the questions in the Homeland Security test in 2017. The same cannot be said of Americans in general. He noted that only 3% of students in Arizona could pass the test, and only 4% in Oklahoma. If Alaska approves the civics test to graduate, it will join a handful of other states that have already implemented the requirement, Lamkin said.

He began by quoting the famous Greek philosopher, Plato, who said “Schools should create good men and women who act nobly.” Johnson said civics must be the foundation of any quality education. Without it, public education lacks a high purpose, he said, and that is detrimental to society.

“This bill is not a new coat of paint on our public education system,” he told senators. “It’s a much-needed effort to repair the foundation.”

Johnson acknowledged that teaching civics is not easy, but that can’t be a deterrent. He then quoted from John F. Kennedy’s 1962 speech about marshaling America’s resources to travel to the moon: “We choose to go to the moon in this decade, and do other things, not because they are easy, but because they are hard – because that goal will serve to organize and measure the best of our energies and skills.”

Johnson said he was fully behind the effort to boost civics education in Alaska, as it will create better citizens in the long run.

“Let’s teach them to value liberty, and never take it for granted,” he said.

A 2019 study by the Woodrow Wilson National Fellowship Foundation found that Alaska is one of just six states that have no high school graduation requirements in U.S. history or U.S. civics. A separated study, which Johnson cited, included 41,000 Americans. It found that in the highest-performing state (Vermont) only 53 percent of people were able to pass a basic U.S. history test. Only 35% of Alaskans could earn a D grade or higher on the test – 65% failed.

“Unfortunately, the Woodrow Wilson Foundation has validated what studies have shown for a century: Americans don’t possess the history knowledge they need to be informed and engaged citizens,” the study concludes.

Senate Bill 72 did not immediately pass out of committee as it requires further amendments.