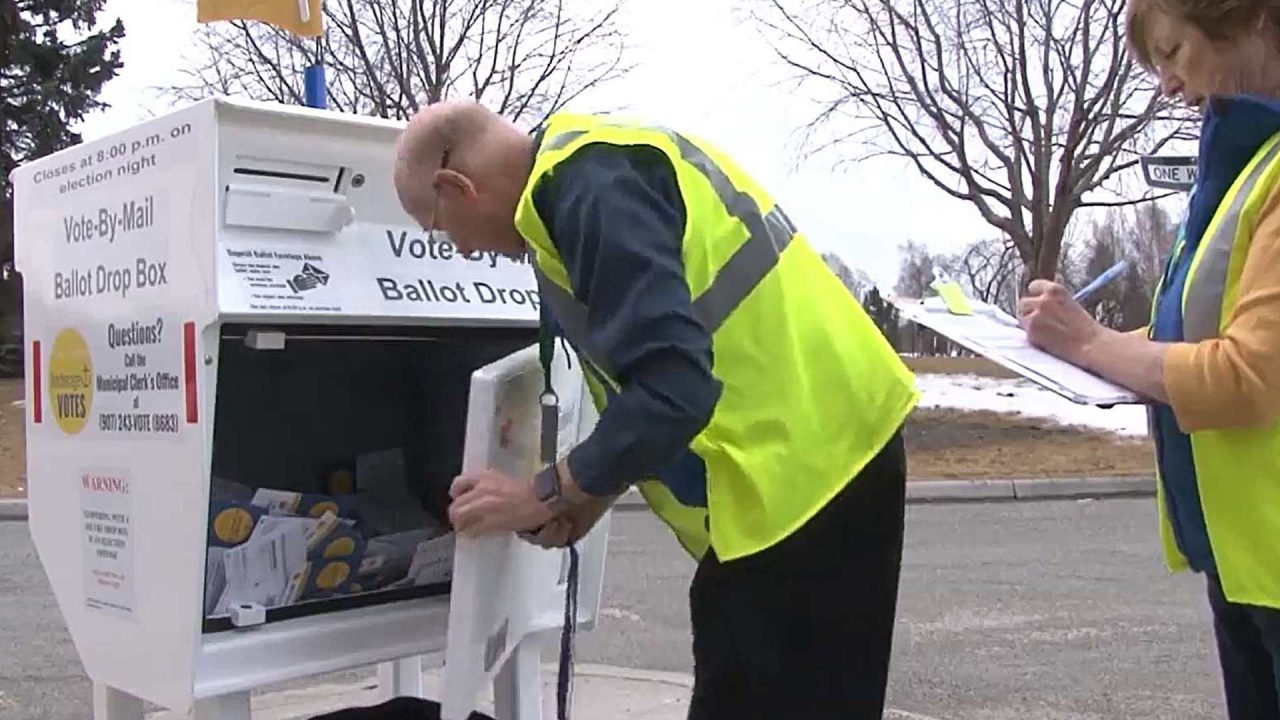 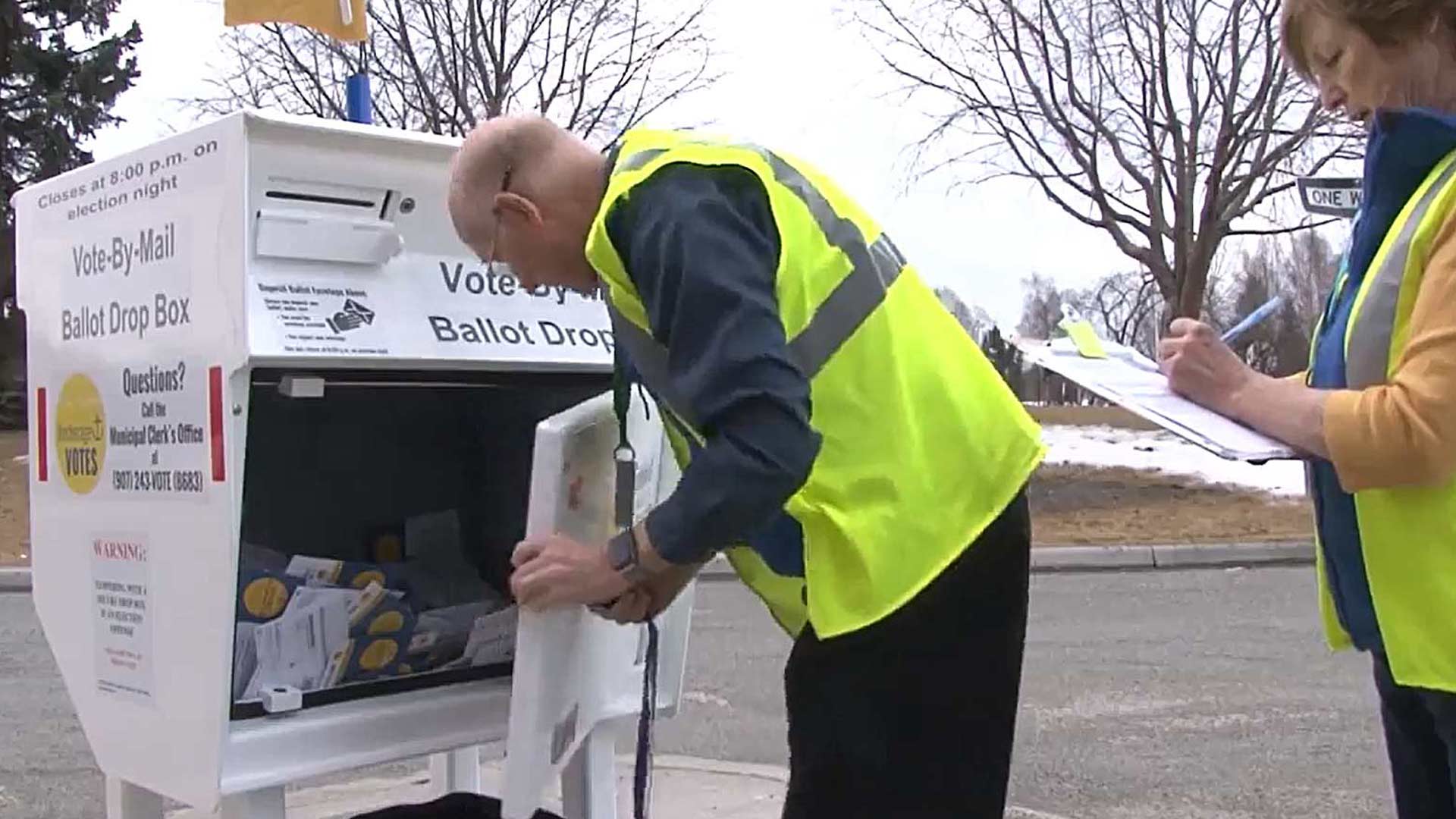 From oddly marked ballots and disappointing voter turnout, to election integrity and political friendly fire, there is a lot to glean from Anchorage’s most recent citywide election. Here’s some of what I’ve learned.

City Clerk Barbara Jones, who has now overseen five Anchorage elections, was thrown a curveball on election night. On April 8, I spent about an hour with her going over the election process.

As she and her team were processing tens of thousands of ballots on April 6, a strange phenomenon unfolded as election workers fed ballots into the voting machines. It turns out that many ballots had unusual markings which caused the machines to flag them as unreadable and in need of human inspection and verification.

According to Jones, a large number of ballots (although she doesn’t know for sure how many) had every single oval by a candidates’ name filled in, and a line was then drawn through all the candidates that the voter did not wish to vote for. This is something Jones said she has never seen or heard of happening before, and she’s not sure why people chose to vote that way.

Vote machines also flagged another group of ballots in which voters filled in the oval by the candidate they support, but then struck a line through all the other names and ovals.

While both approaches to voting are legal according to city code, they slowed vote tabulation because all these oddly marked ballots had to be inspected by either the clerk, deputy clerk or the election manager before they could be tabulated. This partly explains why the initial election night summary only reported 10,606 votes.

While Jones has no idea why people voted this way, it does raise some concerns. It’s understandable why a voter might strike a line through all the candidates they do not support and then fill the oval out for the one they back. We’ve had Anchorage residents confirm they took this very approach to ensure that their vote was properly counted. The much larger group of ballots, however, that had all ovals filled out and then lines struck through the ones the voter did not want, is more perplexing, and it’s something Jones has never seen before.

One concern is that these ballots could have been tampered with and no one would ever know. For instance, if a normally marked ballot were filled out, a bad actor could later fill in all the other ovals and cross out the ones they didn’t like (including the one the voter intended to support). Just when that might occur is anyone’s guess, but it would be an easy way to alter a ballot and still have it validly counted.

It would be interesting to know how those ballots with all ovals filled in broke, and exactly how many there were. Did they lean in favor of conservative or liberal candidates or were they randomly divided? Jones said she doesn’t separate out these oddly marked ballots, and the public won’t have an opportunity to inspect them unless there is a recount or an election challenge. Even then, it would be tedious work, as the oddly marked ballots are interspersed throughout some 73,000 other ballots.

Regarding election integrity, there are at least two issues that should be addressed. The first is quite simple.

Each day, a livestream video of the election center is broadcast on the city’s website. It begins at 8 a.m. and cuts off at 5 p.m. According to Jones, all ballot processing occurs during this timeframe so the public can observe. If there is ever a need to handle ballots after 5 p.m., Jones said she makes sure the livestream continues until all election workers are finished. This rarely happens, she said, but there was an instance this week where a voting machine jammed and the feed continued until 5:30 p.m. while workers fixed the jam.

Livestreaming is a good idea, but there is absolutely no rationale for it to ever cease until every single vote has been counted and the election process is entirely completed. If a 24/7 livestream of Katmai brown bears catching salmon can run around the clock, there’s no reason the city needs to cut off its livestream at 5 p.m. during an election. A continuous livestream would provide another layer of assurance that nothing untoward is taking place after hours in the election center.

A separate issue is how ballots are gathered from drop boxes scattered around the city. Under the current process, election workers drive out to these sites, unlock the boxes, scoop up the envelopes and put them in black bags. They then bring these bags of envelopes back to the election center for processing.

This crucial step of gathering envelopes from drop boxes needs more oversight. Why couldn’t the pickup times be announced to the public so people could view (or even follow around) the team that picks up the ballots. Bodycams might be another way to publicly demonstrate that ballots are not being taken to some other location and tampered with before they are brought back to the election center.

It’s no secret that conservative candidates have an uphill battle in Anchorage, which is much more liberal leaning than the state as a whole.

This year, conservatives seem to have suffered from friendly fire. In nearly every race, from mayor to school board, conservatives fielded multiple candidates which ultimately fractured the vote and handed the election to a leftist candidate. This simply cannot happen if Anchorage is ever going to swing back to the middle or even slightly to the right.

In the mayoral race, Dave Bronson, Mike Robbins and Bill Evans divided up conservative support to the point that no one was able to reach the 45% threshold needed to win outright. While there is still about 30% of the vote left to tabulate, Bronson has so far earned 32%, Evans has 9.5% and Robbins has 7.5%. If combined into one candidate, those votes would have yielded a conservative winner. As it is, Bronson will be forced into a runoff next month against far-left Forrest Dunbar.

The same scenario has played out in three of the four school board races where multiple conservatives split the vote, and now all are on their way to losing. While you can’t prohibit people from running for office, conservatives need to coordinate to avoid running in vain.

For all the anger, frustration and protests against Anchorage Assemblyman Felix Rivera, he will easily retain his powerful position as chair of the Assembly. The latest numbers have Rivera comfortably defeating a recall effort against him 58% to 42%. In fact, there are only 3,417 votes cast to recall him so far. That will likely move closer to 5,000 but will be well short of the needed number.

When the dust finally settles, there will likely be some 30,000 voters in Assembly District 4 who just never bothered to vote. Why the outrage against Rivera’s controversial reign as chairman has not resulted in far greater turnout is a mystery.

The Reclaim Midtown group, which helped organized the recall effort, points to the fact that $30,000 in television ads from the AFLCIO, $10,000 ads from California’s Tide Advocacy, and $30,000 from the Alaskan’s Together for Equality “likely bought him back his seat.” But it wasn’t as if Anchorage voters didn’t know about the importance of this recall. It received heavy and sustained media coverage for the better part of a year. Complaining without voting is like spitting in the wind.

The last point deals with the fact that tens of thousands of Anchorage residents like the old in-person voting system. On election day, some 13,000 voters flooded the Loussac Library to physically cast a ballot. It caught the clerk off guard and the election team scrambled to beef up staff and bring down more ballots.

The city needs to reconsider its universal mail-in voting system. Mail-in ballots are simply not as secure as in-person voting where you must provide ID on site. This approach also addresses chain-of-custody concerns, as voters can feed their ballot directly into the voting machine without having to utilize the post office or drop boxes before ballots make it to the election center.

If you want mail-in voting, fine, but take a cue from the state and only send ballots to registered voters who specifically request them. Everyone else should be afforded the choice of voting in person, which most will choose.

Elections will never be 100% free of fraud or tampering, but there are significant and realistic steps to improve the way Anchorage conducts its elections.