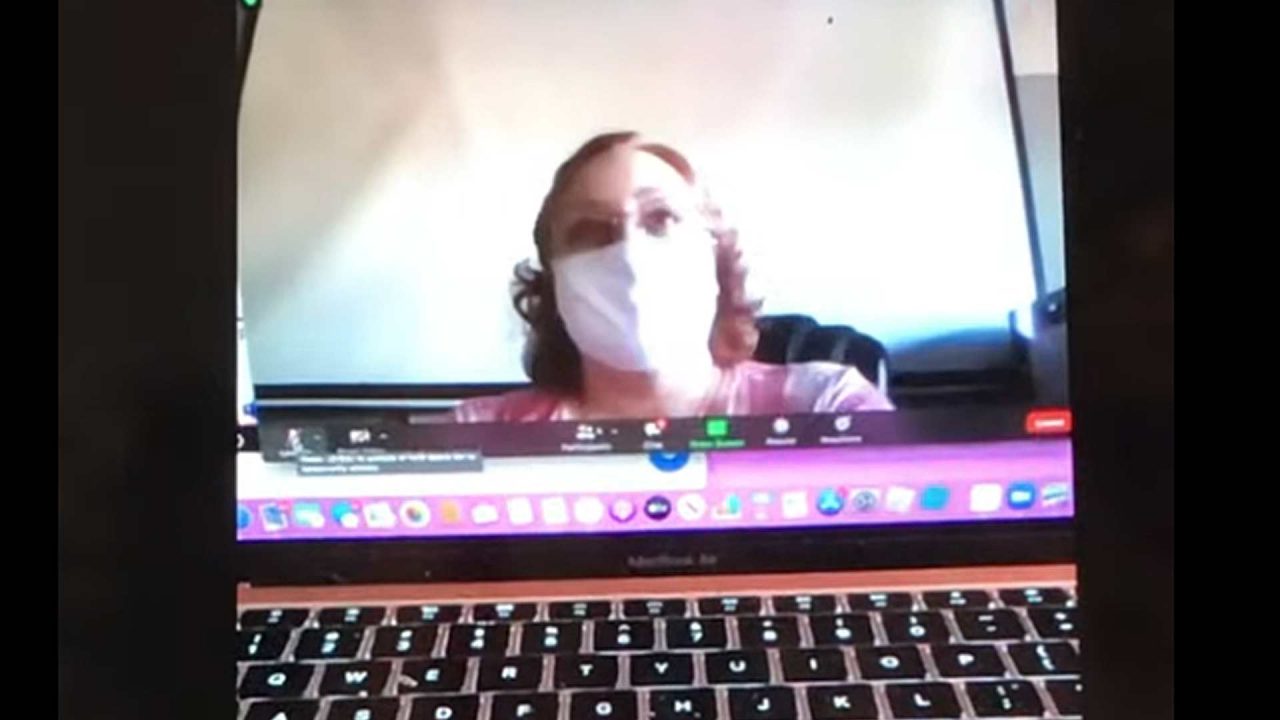 Fairbanks teacher speaks out after being removed for discussing police, race relations 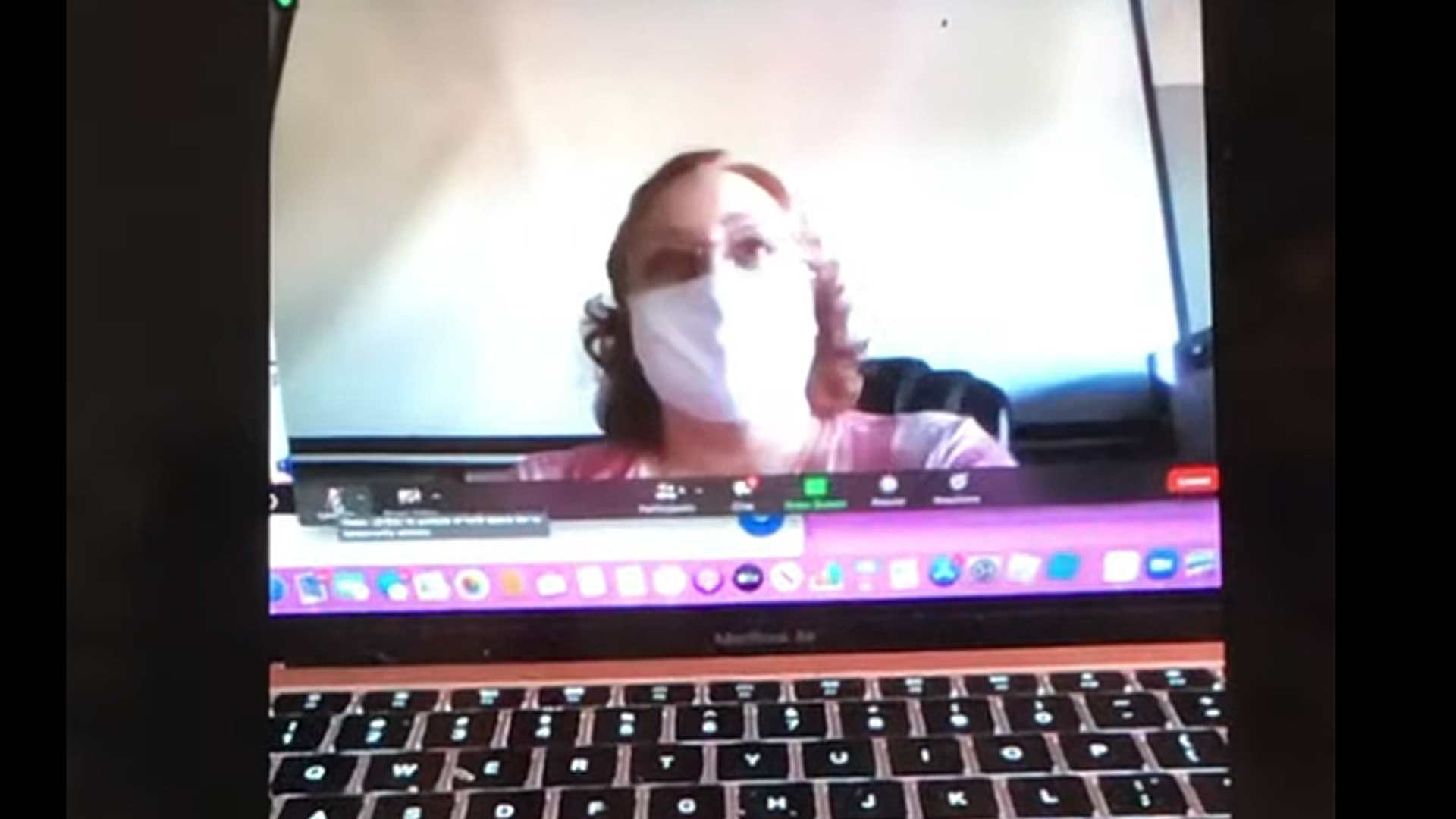 Two weeks after being barred from her classroom at Lathrop High School following a discussion on police and race relations, Fairbanks teacher Connie Gardner is breaking her silence.

Her removal from the school and forced administrative leave made international news, but no one ever bothered to get her side of the story.

On April 28, the long-time educator was in the midst of an engaging discussion with her special education students. They had just finished watching the classic movie, “To Kill a Mockingbird,” and her normally quite students were bursting with questions.

At one point she asked her students to recount how one of the main African American characters, Tom Robinson, died.

“Somebody said, ‘He was shot in the back,’ and I said, ‘Why?’ Gardner told the Watchman on May 11. “They said, ‘Because he was running, trying to escape from prison.’ Then another student said, ‘Hey, that’s just like what’s happening today.’”

Gardner’s been teaching kids for nearly a quarter century, the last eight years with the Fairbanks School District. She saw a golden opportunity to make a meaningful connection between the movie and real life.

“So, I put my lesson plan aside and went on with this impromptu conversation,” Gardner said. “If you can’t relate to it, it’s not meaningful. It’s just another story.”

The obvious connection was with the death of George Floyd in 2020, after Minneapolis Police Officer Derek Chauvin kneeled on his neck during an arrest that later sparked violent protests across the nation.

Gardner wanted to warn her students against resisting arrest when encountering law enforcement.

“I just want them to be safe. I want them to think. I don’t want them to glorify this idea that confronting the police or trying to fight the police is cool or appropriate,” she told the Watchman. “Many people don’t understand that, justly or unjustly, when a policeman gives you an order and you don’t obey it, you have broken the law.”

The classroom discussion took place with some students in person and others watching online, including at least one parent.

A viral YouTube video of the class shows Gardner facilitating a lively discussion. She never once condones how Minneapolis police treated George Floyd or the force they employed, but she does caution students about how to interact with police to avoid dangerous situations.

“If any of you find yourself in a situation where you are justly or unjustly being addressed by the police and ordered to do something, please comply,” she told students. “Do not fight with the cops. Don’t try to run away.”

Gardner then states that she does not agree with the police officer who kneeled for an extended period on Floyd’s neck shortly before he died.

“I think he abused his authority and I think that he went too far, and I think that he was complicit in George Floyd’s death,” she told her students. “I think there were many factors that contributed to it and that was one of them. But if George Floyd had, at the beginning, when they got him out of the car and went to put him in the police car – if he had just sidled into the car and slid in there and let them put his legs in, he would be alive today, and you know that’s true.”

Gardner informed students that they can always challenge the legality of an arrest after the fact, but not during the process.

“That’s what you do to stay alive, everybody, white, black, brown, I don’t care what color you are. None of that makes a difference. You comply,” Gardner said in the video. “I’m an old white lady – and if the cops came up to me and said, ‘Ma’am, put your hands behind your back. You’re going to jail.’ I’m putting my hands behind my back and I’m going to jail, and I’m calling my husband when I get there.”

At one point, Gardner spoke about personal appearance, praising her students for not dressing “like thugs.”

“Look at how you guys are dressed. You’re dressed nicely,” she said. “You don’t look like thugs. You don’t have your pants down around your knees.”

This is when controversy erupted, as a parent listening online, who also recorded the entire class session, chimed in. She identified herself as a “woman of color.”

In choosing to speak about how students dress, Gardner said she intended to tie that into the school dress code, which does not permit sagging pants in school.

“Like it doesn’t matter if somebody has pants around their knees or looks a certain way, has a certain skin color, it shouldn’t make any difference,” the parents said. “Police should be trained not to judge people based on those factors.”

She then takes issue with Gardner’s comment about thugs.

“Even the stereotype of calling someone a quote-on-quote thug isn’t particularly appropriate, because a thug has a really negative connotation,” the parent says. “And just because somebody is dressed a certain way, doesn’t mean that they are doing negative things.”

“The police should also be trained not to kill people, even if they don’t comply,” the parent continued. “Like if someone doesn’t get in the cop car, doesn’t mean you kneel on their neck till they die.”

Gardner responded, saying she never condoned police abusing their power. She clarified that she was only saying, “if people comply with the police, they have a much less chance being killed by the police.”

The parent agreed but said, “that doesn’t mean that they should be killed if they don’t comply.”

“I didn’t say that either,” a composed Gardner said. “I’m just saying that if you value your life, and you want to live, that you will comply with the police.”

At that point, the parent said Gardner was unfit to talk about such matters based on her race.

“I just disagree with the conversation in whole,” the parent said. “I feel like this is something that, you know, Ms. Gardner, I don’t feel like you’re really able to address with you being a white woman.”

The parent then shouted out that Gardner was “very uneducated” on some issues.

“I don’t feel like that you are able to address these things that are going on in the world today – especially correctly – because you have a different perception of what is going on,” she said. “You should stop this conversation. Period.”

At that point Gardner turned off the parent’s video feed.

“Had she been in my classroom, I would have called security and they would have escorted her out,” Gardner said. “I could see that the students were anxious.”

In choosing to speak about how students dress, Gardner said she intended to tie that into the school dress code, which does not permit sagging pants in school.

They talk all the time about teaching critical thinking skills and then when you put it into practice in a real-world situation, you get put on administrative leave.

That conversation never happened, due to the interruption.

Recounting whole the episode, Gardner said she stands by her statements and the decision to facilitate the conversation with students in the first place.

“I absolutely do – I don’t think I did anything wrong,” she said. “I had very little time to develop a connection with my students and I made a promise to them early on that they could ask me anything and I would give them my honest answer.”

Gardner said it took several weeks to build trust and confidence with her students, most of whom rarely ever ask questions or even speak during class.

“But they felt comfortable asking me those questions because they trusted me,” she said, noting that students were fully engaged that day.

“They were leaning forward in their seats. They had their arms uncrossed,” she said. “Even my students who have speech difficulties were raising their hand to ask questions.”

Gardner said one of her goals was to encourage student look at the big picture and not fall into the trap of making rash decisions based on partial information.

“They are on social media all the time,” Gardner said. “They are getting little bits and pieces, but they don’t always have the capacity to put the big picture together.”

Following the April 28 class, Gardner was placed on paid administrative leave and the school district conducted an investigatory meeting on May 4. Her teachers’ union representative has reached out twice to the district.

“I was told to not talk to anyone when this whole thing went down and I thought that I was doing the right thing by staying quiet, but they haven’t made a decision,” she said. “It’s been two weeks and I’m still locked out of my classroom and it’s time to no longer stay silent.”

Gardner, who is scheduled to retire on May 21, said the union has advised her to “just let this ride” until her contract runs out.

“But that is so damaging to my reputation because it infers that I am guilty of something wrong by not being returned to the classroom,” she said. Plus, she believes it sets a chilling precedent for teachers who wish to engage students in meaningful classroom conversations.

“High schools are places where we need to have more conversations about controversial issues,” Gardner said. “Because students, when they get older, don’t know how to have them when they get out into the world, which is why you see people screaming in each other’s faces and pushing or hitting or tearing up somebody’s flyers or posters.”

“We’re not educating if we don’t teach them how to think for themselves,” she added. “They talk all the time about teaching critical thinking skills and then when you put it into practice in a real-world situation, you get put on administrative leave.”