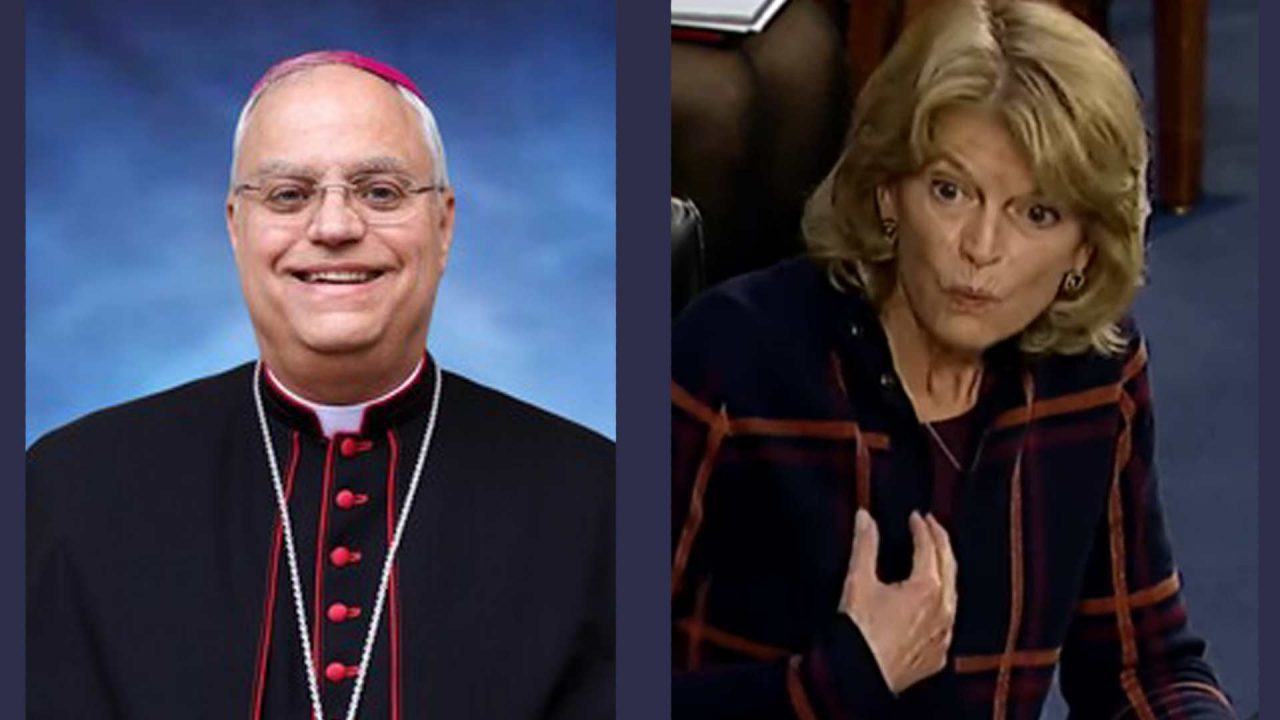 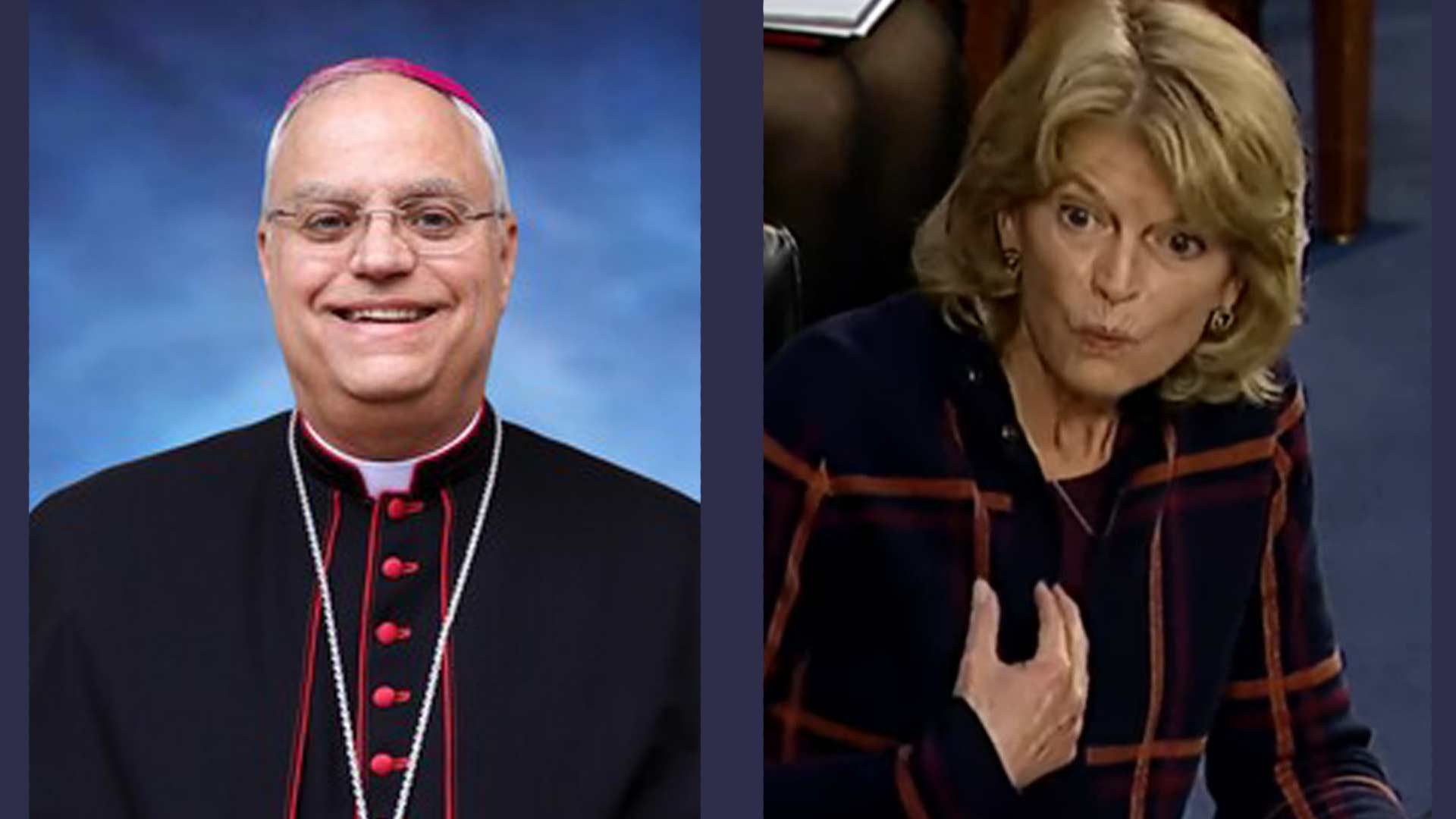 Archbishop Andrew Bellisario, who oversees some 32,000 Alaska Catholics in the Archdiocese of Anchorage-Juneau, is among a minority block of U.S. bishops who wish to delay a conversation on whether pro-abortion politicians such as President Joe Biden and U.S. Sen. Lisa Murkowski, should be banned from receiving Holy Communion, a sacrament which Catholics hold to be the source and summit of the church and a visible sign of moral and spiritual unity among the faithful.

Murkowski has long presented a problem for the Catholic Church in Alaska. She grew up attending Holy Family Cathedral in Anchorage and still presents herself for Communion in Alaska parishes despite her increasingly staunch support of abortion. She has refused to oppose taxpayer-funded abortion on demand and is a strong advocate of the Equal Rights Amendment, which will likely dismantle pro-life laws, expand LGBTQ rights and erode religious liberties. Planned Parenthood, the nation’s largest provider of abortion, considers Murkowski an ally.

Bellisario is one of 67 bishops who signed a May 13 letter urging the national U.S. Conference of Catholic Bishops (USCCB) to suspend a planned conversation this month on how to deal with Catholic politicians who flaunt the most fundamental moral teachings of the church when it comes to protecting unborn human life.

The text of the letter, along with the list of signatories was published in The Pillar on June 7. It focuses on the current plan, which is to have some 250 active U.S. bishops vote at the June 16-18 virtual meeting on whether to create a draft document titled “Eucharistic Coherence.” This refers, in part, to the need for Catholic to live in accord with the church’s moral teachings in order to worthily present themselves for Communion. Failure to do so, especially among prominent political and cultural leaders, causes scandal and undermines the church’s witness regarding the dignity of all human life from the moment of conception to its natural end.

In a June 10 email to the Watchman Bellisario explained why he signed the letter.

If the bishops approve drafting such a document it would be voted on at a later meeting – possibly in November.

The letter signed by Bellisario and other bishops, including five cardinals, makes reference to a May 7 Vatican communication that was sent to Archbishop José Gomez, president of the U.S. bishops’ conference. The communication from Vatican Cardinal Luis Ladaria urges Gomez to not only focus on pro-abortion politicians but to address the broader context of Catholics who fail to understand or treat Communion with due reverence. It also urges Gomez to first pursue “dialogue among the bishops” to ensure their unity “in the face of disagreements over this topic.”

But the 68 bishops who signed the May 13 letter suggest that a number of them are not unified on the question of denying Communion to pro-abortion politicians. Specifically, the letter states that a “high standard of consensus among ourselves … is far from being achieved in the present moment.”

The letter Bellisario co-signed has been criticized as an attempt to hinder the U.S. bishops from ever reaching a final decision regarding pro-abortion politicians and Communion.

In a June 10 email to the Watchman Bellisario explained why he signed the letter.
“In light of the recent letter from the Congregation for the Doctrine of the Faith, I signed the letter by which a large number of other American bishops and I supported an in-person meeting of the bishops rather than relying on Zoom meetings, as initially chosen by the USCCB leadership, to address the important issues now before us,” Bellisario wrote. “I believed that this alternative process would more effectively implement the guidance offered by Cardinal Ladaria.  It is my understanding that the USCCB leadership has determined otherwise and has decided to move ahead with the originally planned process utilizing Zoom.  I accept this decision and look forward to discussing these important issues next week.”

The issue of giving Communion to pro-abortion politicians has divided U.S. bishops for decades, with more orthodox clergy refusing to do so. The election of Joe Biden as president has brought the issue to a head. Biden, like Sen. Murkowski and Rep. Nancy Pelosi, claims to be a Catholic in good standing, while actively supporting abortion, transgenderism and the LGBTQ political agenda.

Bellisario has not spoken publicly about the issue of pro-abortion politicians receiving Communion, and he declined to answer Watchmen questions about where he currently stands on the issue.

“Because a major purpose of the USCCB meeting next week will be precisely to discuss these issues, it would be premature for me to address them publicly at this time,” he wrote.

Bellisario then noted that opposes abortion.

“I support the sanctity of human life in all stages of human development, especially the right to life of the most vulnerable, the unborn,” he wrote. “I am therefore open to consideration of any lawful and morally sound measures that would effectively end the deadly violence of abortion.”

The letter Bellisario co-signed, however, has been criticized as an attempt to delay and possibly hinder the U.S. bishops from ever reaching a final decision regarding pro-abortion politicians and Communion.

The Pillar noted that if the U.S. bishops fail hold a June vote on moving forward with the drafting the document, any eventual document “is unlikely to be released before late 2022 or early 2023, and only then if a motion to draft a text comes up at a future meeting.”

Despite the letter opposing such a discussion in June, Archbishop Gomez remains determined to let the full body of roughly 250 active bishops vote on the matter.

In a May 22 memo to his fellow bishops, Gomez said the document will “include the theological foundation for the Church’s discipline concerning the reception of Holy Communion and a special call for those Catholics who are cultural, political, or parochial leaders to witness to the faith.”

Interestingly, in 2004, the future Pope Benedict XVI told U.S. bishops that priests “must” withhold Communion from a politician who is in “obstinate persistence in manifest grave sin,” including that of campaigning for or supporting abortion. This direction has been largely dismissed by many U.S. bishops for the past 17 years.