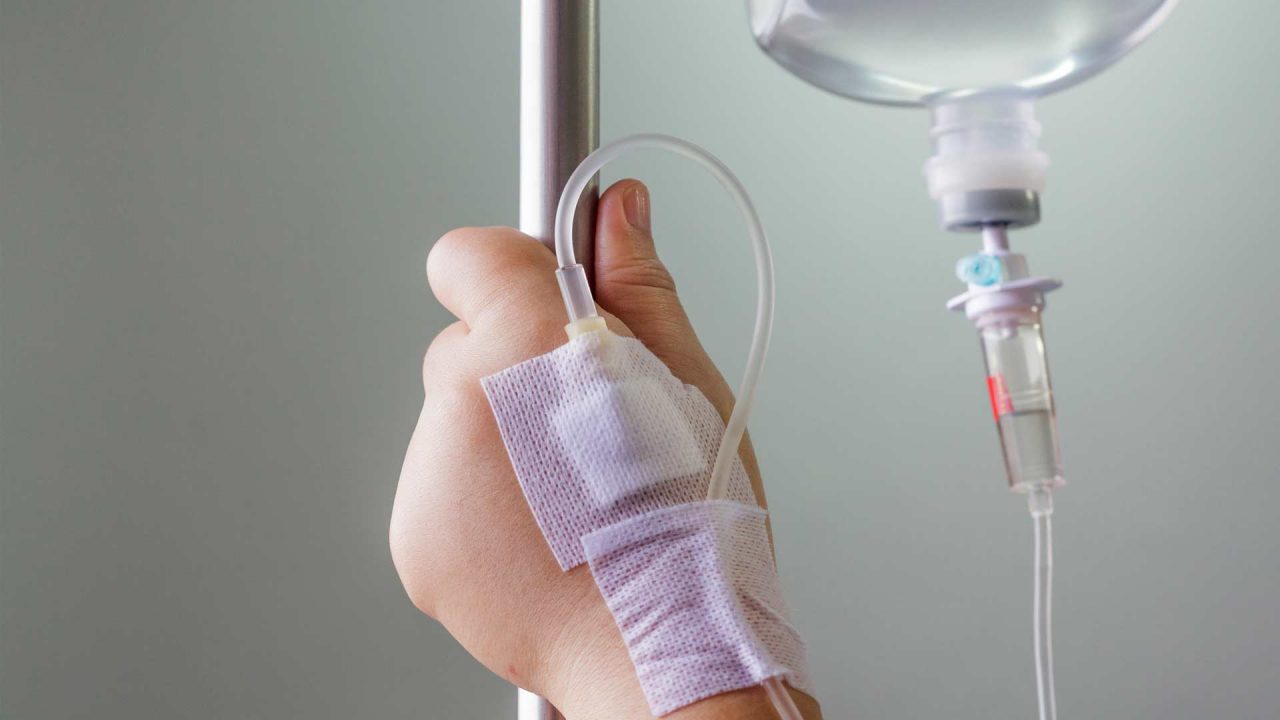 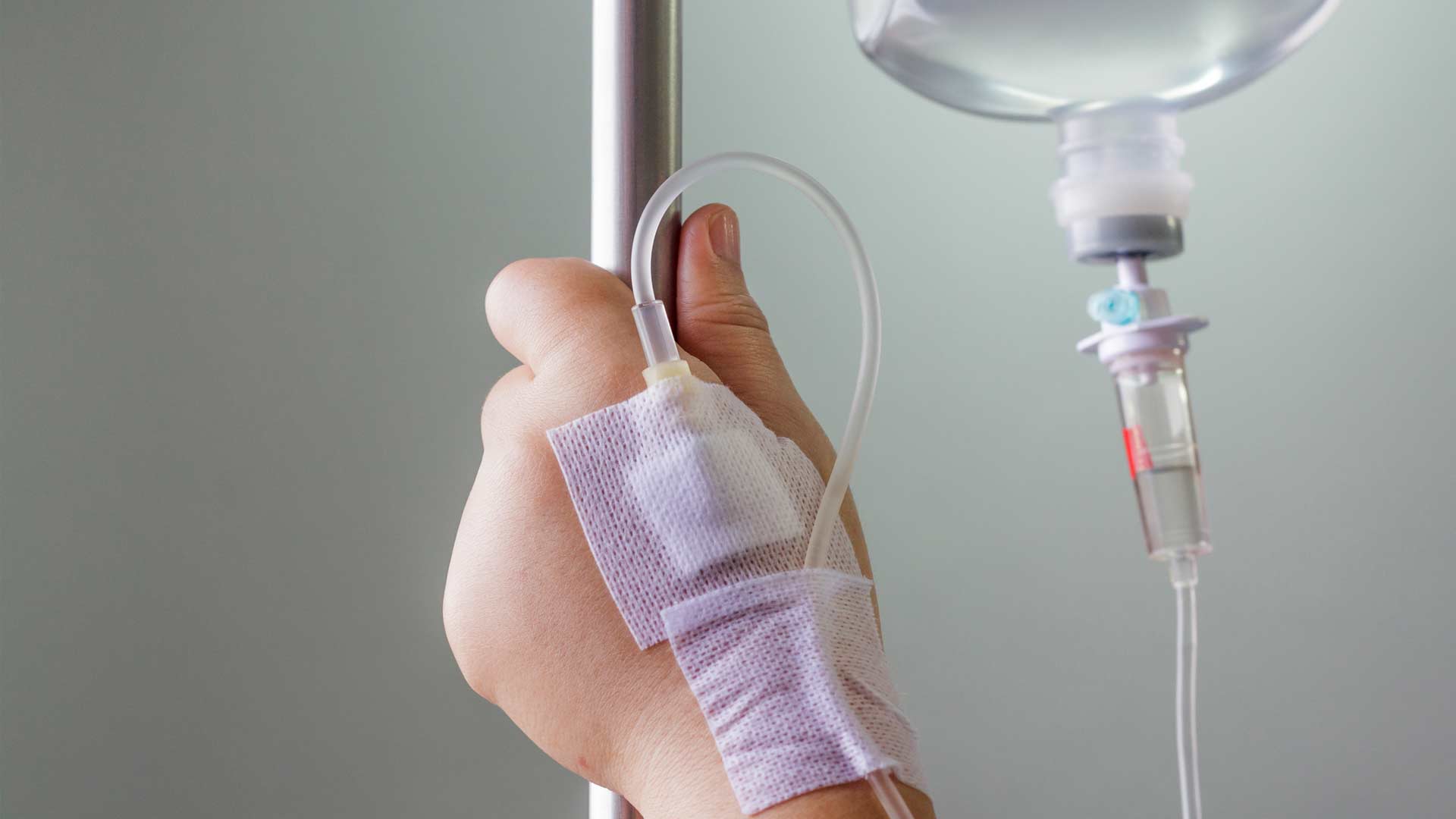 Courtney Chavez, of Wasilla, suffers from multiple autoimmune diseases, a blood clotting disorder and a bleeding disease. Since 2007 the stay-at-home mother of two has received life-sustaining treatment for her bleeding disease from Dr. Michelle O’Fallon, co-owner of Alaska Internal Medicine and Pediatrics in Anchorage. In late July, however, Chavez said she got a call from Dr. O’Fallon’s office informing her that she was being dropped as a patient because she has declined to get a COVID-19 shot.

For the past 14 years, Chavez has driven into Anchorage every 28 days to receive medication at Dr. O’Fallon’s infusion center. On Aug. 17, she was unable to receive her monthly treatment due to the clinic’s new policy.

“It is the only reason I am alive today, because the disease almost killed me,” Chavez said of the infusion treatments. “This is the only medication that my body has responded to.”

The Watchman obtained an Aug. 11 letter written by Dr. O’Fallon’s office advising Chavez on how to seek medical services elsewhere.

“Your physician Dr. O’Fallon also feels that if you are so opposed to the vaccine and not willing to heed her medical recommendations that this is not a healthy working relationship and has released you as her patient,” the letter states. “She will provide you with 1 month (from the above date) supply of your prescription medications that you receive from her while you find another provider.”

So far, however, Chavez has been unable to find a location that can treat her condition.

According to Chavez, Alaska Internal Medicine and Pediatrics is dropping all patients who do not take the experimental COVID shots. This, despite the clinic’s claim on its website that, “Meeting your medical needs in a timely and responsive manner is our top priority. Additionally, we encourage patients to take an active role in managing their health care for the best patient health possible.”

Chavez is not against vaccinations but worries that she may have severe side-effects from a COVID shot due to her existing conditions.

The Alaska Watchman contacted Dr. O’Fallon’s receptionist and left a message, seeking the doctor’s explanation about her stance towards unvaccinated patients. The call was never returned.

Chavez said she is not normally hesitant about taking vaccinations but worries that she may have severe side-effects from a COVID shot due to her existing blood clotting disorder and other conditions.

Initially she looked into getting the Johnson & Johnson shot, but it has been shown to cause serious blood clotting in some instances. She is also concerned that the Pfizer and Moderna mRNA treatments could pose serious health risks to her already compromised body.

I told my doctor that I want to wait until they know more. I don’t want to run out and get a shot and possibly dealing with more long-term issues.

“My doctor knows I’m not anti-vaccine, but I’ve had multiple different medications that I have had different reactions to from mild to life threatening,” Chavez said.

Over the decades, she has learned what to expect when her diseases act up. When she has a bad reaction to a medication, she can stop the medicine and the side effects go away in a few days or weeks, Chavez said. She worries that the impact of a vaccine would not be so easy to deal with.

“You can’t stop a vaccine,” Chavez said. “Once it’s in, it’s in. They’re seeing neurological issues, strokes, blood clots – their seeing lots of things, but at this point there are no long-term studies. I told my doctor that I want to wait until they know more. I don’t want to run out and get a shot and possibly dealing with more long-term issues.”

Chavez said she was able to see her doctor for the past year and half with no problems. She has always taken extra precautions to wash her hands and avoid people who are sick. It’s just part of dealing with her health problems.

Chavez’s efforts to find another infusion center have proved futile in a state that has limited medical specialistS that can treat her disorders.

The fact that she is now being denied a critical life-sustaining treatment caught her off guard. Chavez said her family has gone to Dr. O’Fallon’s office for decades, dating back to when her mother used to be a patient there.

O’Fallon’s practice even boast about treating multiple generations over the years.

“One of the things we love most is to care for entire families, with multiple generations and we have cared for as many as four generations at one time,” the clinic website claims.

“They’ve watched my kids grow up,” Chavez said. “What do you mean I can’t come here? This has been my safe place. Now you can’t even enter the office without proof of vaccination.”

Chavez said O’Fallon’s office did agreed to call her regularly to see how she’s doing, but they refuse to treat her.

“You can call me every day, but what if I’m not doing fine?” Chavez said. “What’s going to happen to me then?”

We’re seeing patients being held hostage, and personally I feel that breaks the “do no harm” oath, because these are experimental.

Her efforts to find another infusion center have so far proved futile in a state that has limited medical specialist that can treat her disorders.

If it weren’t for the fact that all COVID shots are still experimental and have no long-term studies, Chavez said she may be open to getting one.

“I just want to wait and see what the long-term studies find,” she said. “For those of us who struggle with medicines, it’s scary, especially having been through some of the stuff I’ve been through.”

Chavez is not alone in being denied health care services based on her refusal to take a COVID shot. Doctors around the nation are making headlines for similar refusals. This week an Alabama physician announced that he would no longer see patients who decline COVID vaccination. Earlier this year, a Massachusetts man was denied a kidney transplant for failing to get the jab.

Chavez said she also heard from others who are experiencing the same roadblocks to medical care.

“We’re seeing patients being held hostage, and personally I feel that breaks the ‘do no harm’ (Hippocratic) oath, because these are experimental,” she said. “They do not know the long-term effects and they are seeing lots of side effects. Forcing something on someone does not follow ‘do no harm.’”

In fact, the Nuremberg Code, which was established following heinous violations against the Jews in World War II, recognizes that each individual has a right to freely exercise their will – without coercion – in consenting to or refusing any experimental or medical intervention.

Initially Chavez chose to remain silent about her plight. After two weeks, she felt compelled to speak out.

“People need to know this can happen to you,” she said. “We need to warn people, so they are not blindsided by this like I was.”