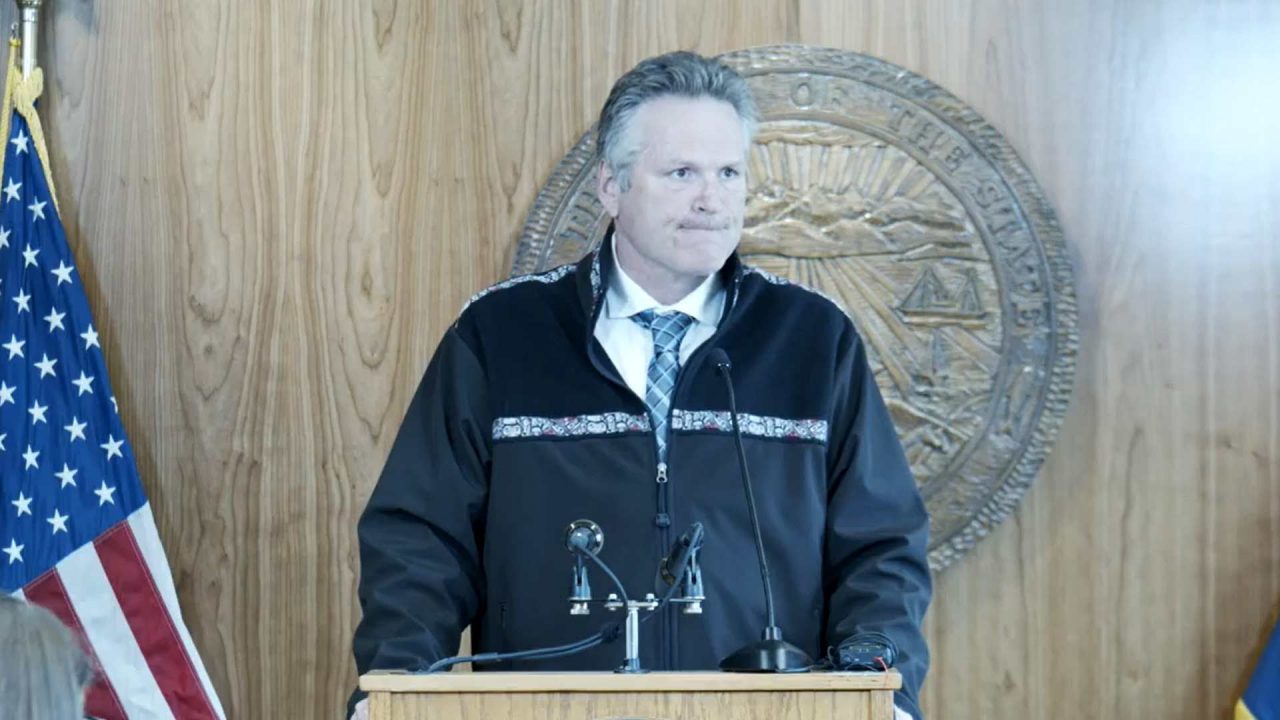 In a Sept. 9 press conference, Dunleavy blasted the U.S. Bureau of Land Management’s plan to “reevaluate” the previously approved strategy of development for the National Petroleum Reserve-Alaska, an area specifically set aside by Congress for oil and gas development. This puts the proposed Willow Project, which could produce up to 100,000 barrels of oil per day, in serious jeopardy.

Dunleavy also raised concerns about the Environmental Protection Agency’s plan to file legal proceedings that would allow federal agencies to preemptively veto any project or permit on state lands.

To address these and other instances of an encroaching federal attempt to lock up Alaska’s natural resources, Dunleavy said he is requesting additional funding for his proposed Alaska Statehood Defense Legal Fund. This money will be used for legal battles and lawsuits to preserve Alaska’s right to develop its natural resources.

“The Biden administration is clearly demonstrating what it has planned for Alaska. The consequences for Alaskan families and the future of our state are dire”, Dunleavy emphasized. “Alaska is the energy storehouse for the entire nation, we have abundant reserves of oil and gas to power the economy and the necessary minerals to transform the nation’s economy with electric vehicles and digital technology. Instead of using domestic supplies of these critical resources, President Biden asks foreign countries, with little or no environmental protections, to supply America with rare earth and other critically important minerals. Now he’s begging OPEC to increase oil production to shield him and his political allies from the public criticism that is the inevitable result of higher fuel costs. Alaskans need to band together and tell the Biden administration to stop its assault on Alaska’s economy for the good of the entire country.”

Dunleavy noted Biden’s pattern of attacking Alaska’s economy since he took office. This includes cancelled oil and gas exploration leases in ANWR, banning all new oil and gas leases on federal public land, locking up the Tongass National Forest to any timber harvests, changing the definition of Waters of the United States to grab more land and water from Alaska, and ignoring the U.S. Supreme Court’s unanimous decision in the Sturgeon Case.

“Does the Biden administration believe that by stopping job creation and economic opportunity in Alaska that it will stop foreign actors from taking advantage of opportunities when they are pushed overseas?” Dunleavy stated. “There is no doubt in my mind the Biden administration is focused on bringing Alaska to its economic knees, and would like nothing more than to take Alaska back into receivership under the U.S. Department of the Interior.”