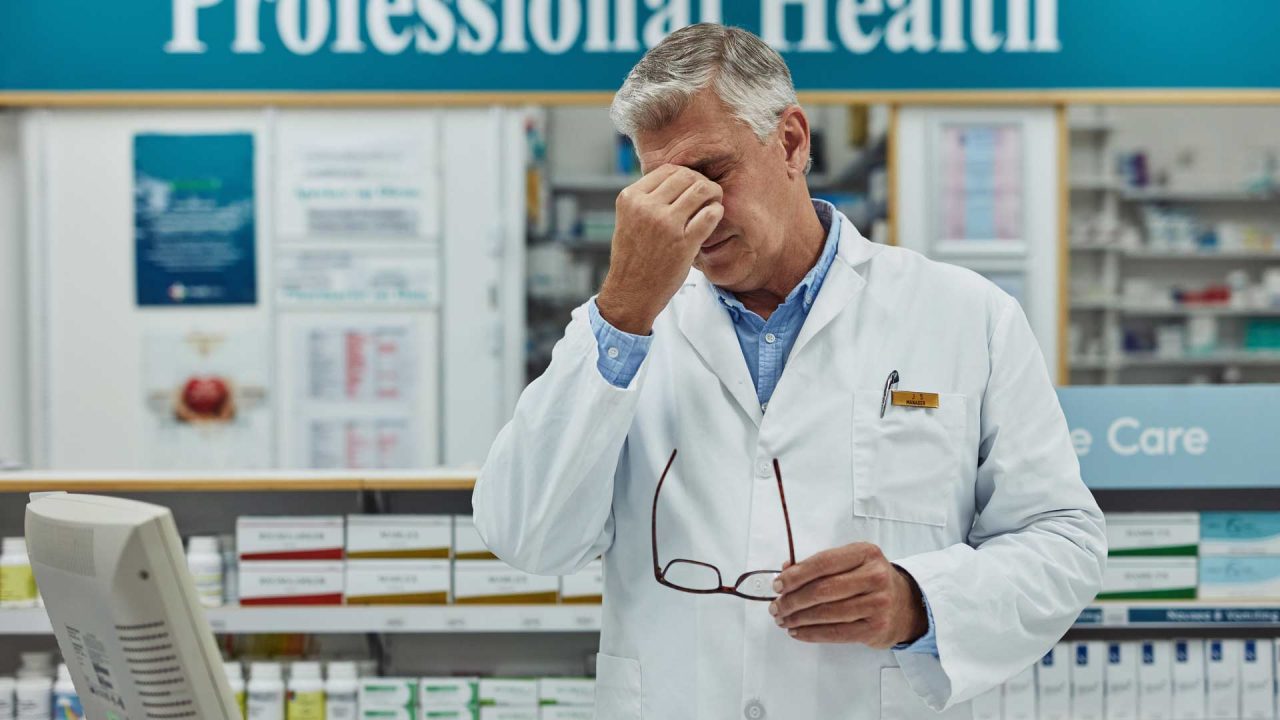 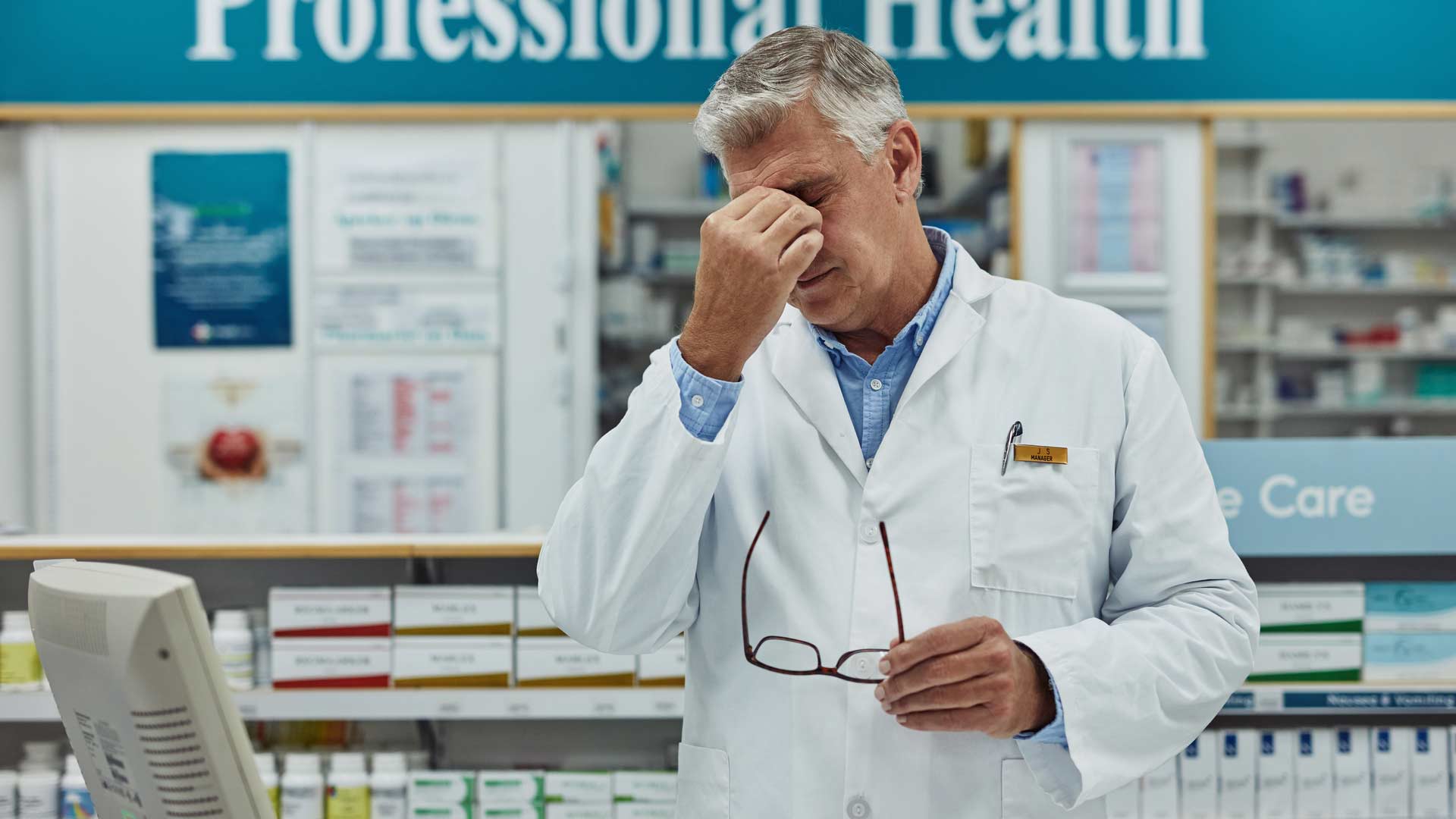 Correspondence between Alaska legislators and the state’s Board of Pharmacy reveal deep concerns over whether local pharmacist are being pressured to withhold Ivermectin from Alaskans struggling with COVID.

Justin Ruffridge, chair of the Board of Pharmacy, responded to concerns recently raised by three Republican lawmakers – Representatives Kevin McCabe, Ken McCarty and Christopher Kurka. The legislators sent a series of questions to Ruffridge about the availability and access to Ivermectin, a drug many physicians believe is effective for treating COVID.

On Sept. 29 Ruffridge wrote that demand for the drug is high, but that pharmacists are being encouraged to use their professional judgement when deciding whether to fill Ivermectin prescriptions.

Both McCabe and Kurka said they have received multiple reports from Alaska doctors and community members about pharmacists who are feeling threatened that they could lose their license if they dispense Ivermectin to treat COVID. The legislators wanted to know who was threatening pharmacists.

Ruffridge said pharmacist are “faced with difficult decisions” when it comes to Ivermectin, and claimed there is no “clear evidence for the use of Ivermectin for COVID.” By contrast, he said vaccines and monoclonal antibodies” show “great benefit.” He said pharmacists are encouraged to “make the best clinical judgement for the patient’s safety as well as potential liability.”

Without citing sources, Ruffridge claimed there have been “multiple deaths/hospitalizations associated with Ivermectin used to treat COVID-19,” and that “this should give most prescribers and pharmacists reason to pause before using this treatment.” As to whether pharmacists are pressured to reject Ivermectin prescriptions, he adamantly denied that the pharmacy board was threatening licensures.

Ruffridge’s claim that Ivermectin is dangerous runs contrary to a new expert review of the drug written by Dr. Jacques Descotes. A professor emeritus from Claude Bernard University of Lyon (France), and a world-known toxicologist, Descotes has a 40-year track as an independent consultant for both the pharmaceutical industry and regulatory bodies worldwide.

After analyzing more than 500 scholarly articles and web sources, Dr. Descotes reports that Ivermectin has been administered orally to hundreds of millions of people throughout the world in the past three decades with extremely rare and usually mild to moderate side effects.

“It is noteworthy that no deaths have seemingly ever been reported after an accidental or suicidal overdose of ivermectin,” he concludes. “I also want to point out that no severe adverse event has been reported in dozens of completed or ongoing studies involving thousands of participants worldwide to evaluate the efficacy of ivermectin against COVID-19.”

In his questions to Ruffridge, McCabe noted that the National Institutes of Health (NIH) has indicated that Ivermectin is an effective therapeutic treatment for COVID (see here  and here). He added that “pharmacists should be part of the solution and get out of the way of prescribers so they can do their jobs.”

Alaska’s Pharmacy Board is working on a letter to clarify whether pharmacists should give Ivermectin to covid patients.

Ruffridge responded by stating that the NIH has said there is “insufficient evidence” to recommend either for or against Ivermectin as a COVID treatment. Based on this, Ruffridge said his advice is to administer the drug “on a limited basis” to see if it is effective.

The Board of Pharmacy is currently working on a letter to clarify frequently asked questions about whether pharmacists should fill prescriptions from doctors seeking Ivermectin for their patients. The current draft  says pharmacists are “not obligated” to fill these requests. It encourages pharmacists to “seriously consider” recommendations from several pharmacist associations that “strongly oppose the ordering, prescribing, or dispensing of Ivermectin to prevent or treat COVID-19 outside of a clinical trial.” The letter advises pharmacists to resist pressure from doctors or patients, and encourages them to file complaints if they have concerns about the prescribing or dispensing of the medication.

Rep. David Eastman sent an Oct. 13 letter to the Board of Pharmacists raising serious concerns about the wording of the draft letter, stating that it is in direct conflict with Alaska’s Right to Try Act. Passed in 2017, this law allows patients to seek potentially life-saving investigative medications while granting immunity to pharmacists who dispense it.

The law clearly states that a physician “may not be subject to disciplinary action by the board for prescribing, dispensing or administering an investigational drug, biological product or device, or preventing treatment, to a patient for the purpose of sustaining the patient’s life.”

physicians are prevented from treating patients, as a result of barriers from pharmacies, hospitals, and public health agencies.

The law ensures that “Alaskans at risk of death would have access to potentially lifesaving drugs, even when those drugs have not yet gained approval from the FDA,” Eastman said.

He points out that the Board of Pharmacy’s draft letter makes no reference to the law, or the immunity granted to pharmacists, but instead urges them to “strongly consider” withholding prescribed medication from the patient.

“Notably absent from this list is any response that involves the Alaska pharmacist actually dispensing the prescribed medication,” Eastman writes. “Despite offering lip-service to the right of pharmacists to use their own judgment elsewhere in the document, this represents a one-size-fits-all approach to medicine that is fundamentally at odds with a system of healthcare based on individual Alaskan patients seeking and obtaining prescriptions from their doctor.”

Eastman said Ruffridge’s letter does little to alleviate concerns about pharmacists in Alaska and around the world are under pressure to deny Ivermectin prescriptions.

Eastman notes that nearly 12,000 doctors and scientists have now signed the Physicians Declaration, which warns of “an unprecedented assault on our ability to care for our patients” with policy makers forcing a “one size fits all” treatment strategy that is resulting in “needless illness and death, rather than upholding fundamental concepts of the individualized, personalized approach to patient care which is proven to be safe and more effective.”

The declaration states that “thousands of physicians are being prevented from providing treatment to their patients, as a result of barriers put up by pharmacies, hospitals, and public health agencies, rendering the vast majority of healthcare providers helpless to protect their patients in the face of disease.”

“Are you yet unaware of this unprecedented effort to bypass physicians, and the physician-patient relationship, and use pharmacists to pursue a one-size-fits-all approach to determine the appropriate treatment for individual patients?” Eastman asked Alaska’s Board of Pharmacy. “Is the board now to be a willing participant in that effort?”