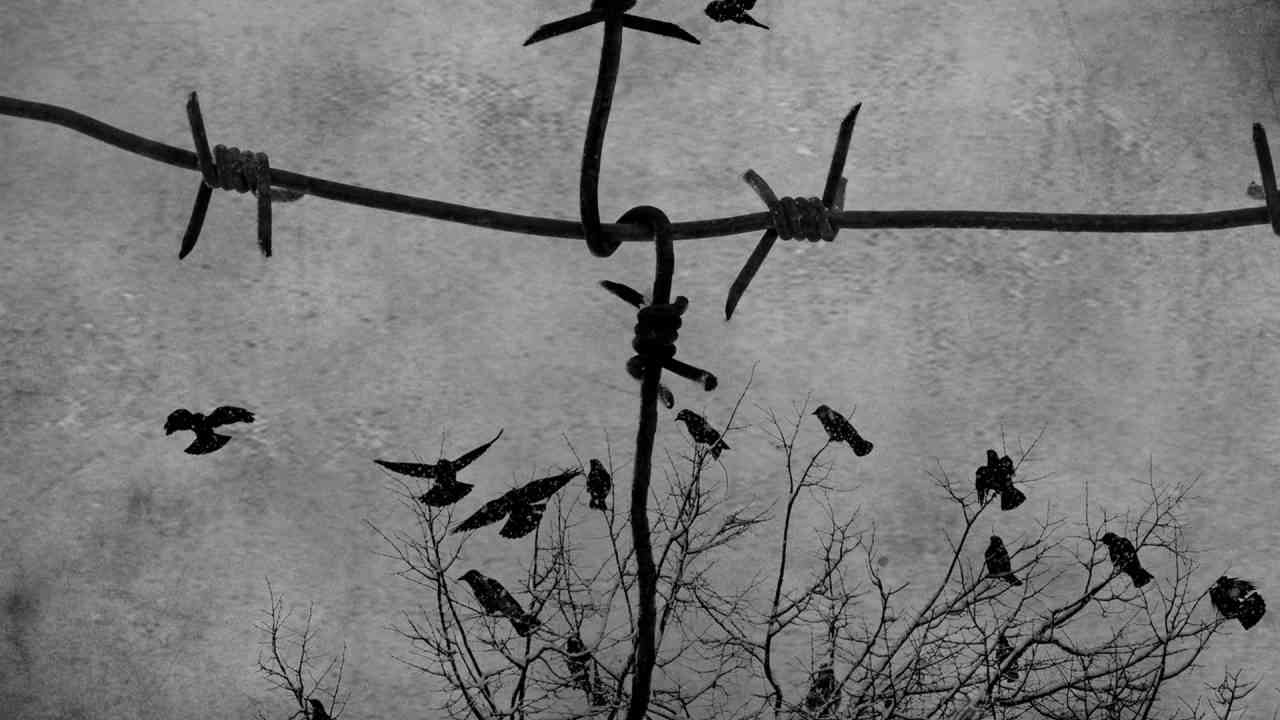 Alaskan recalls lessons from friend who survived the Siberian gulag 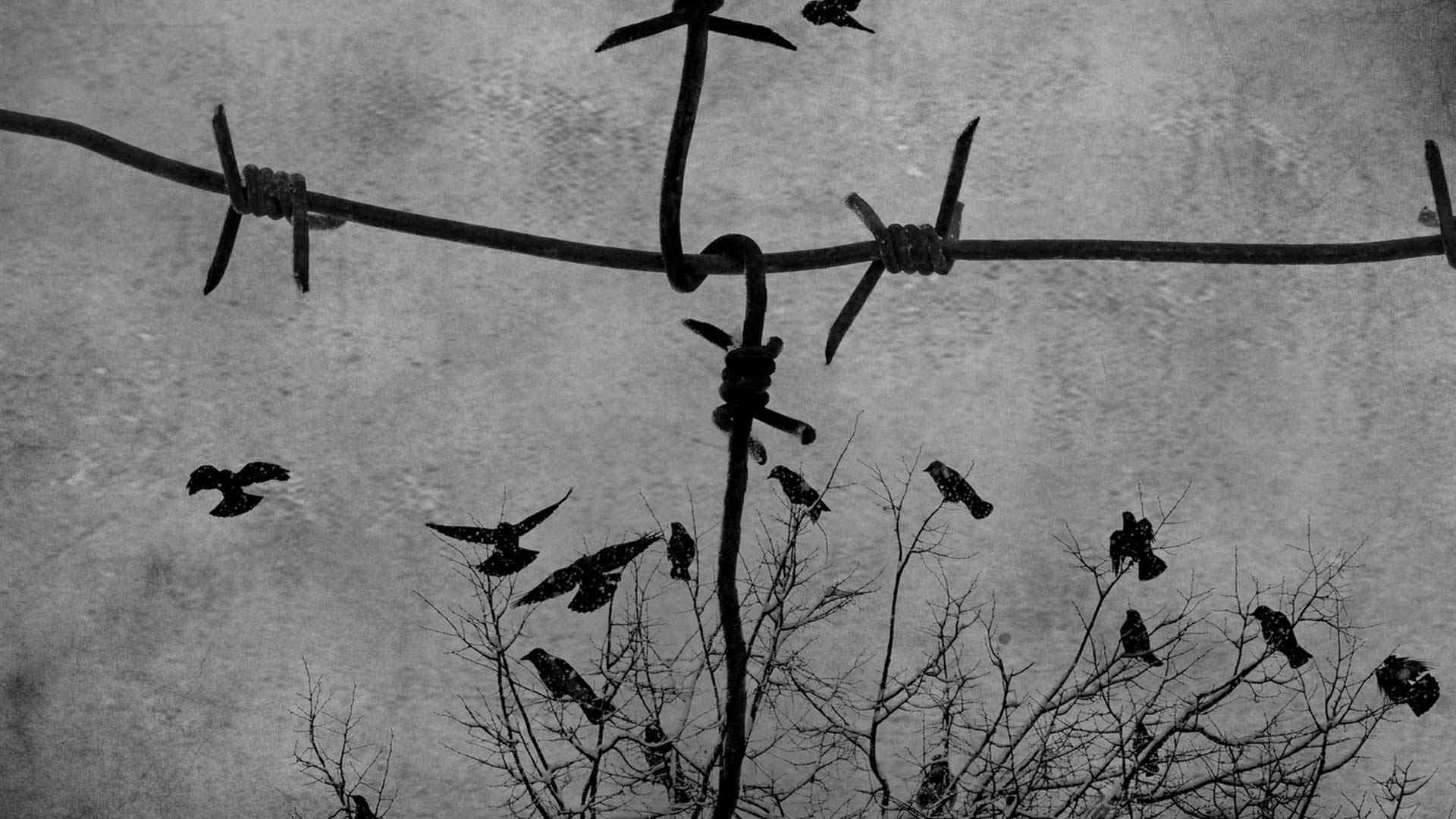 Soon after my graduation from the high school in Kiev, Ukraine, at the age of 17, I was employed at the ship building plant named Leninskaya Kuznitsa (Lenin’s Forge). This was a large plant with a labor force of about 15,000 employees, mostly manufacturing civilian vessels and a few top–secret small and medium–size military ships.

My family’s friend Naum Osipovich Talinovsky, one of the leading engineers and a high–ranking manager at this industrial plant, helped me to get the position of razmetchik (layout or marker) — a job that required a reasonable knowledge of math, good reading and understanding of the technical drawings and some tool-making skills. I was pretty good for the first two skills and absolutely none for the third one.

During two years of working with Yuri at the plant, I hardly ever saw him smiling or laughing — and, evidently, there was a reason.

There were four or five layouts/markers at the plant, and I was going to be the next generation of this rare profession. With 21 large workshops at the plant, I was assigned to workshop No. 9, with nearly 500 employees — toolmakers, millers, turners, drillers, bookkeepers, accountants, engineers, technicians, crane operators, etc.

Six months of vocational training was required to learn the profession. Yuriy Sokolov, the senior and only razmetchik at workshop No. 9, was responsible for my training. Yuriy was a lean, muscular, tough–looking, hardy and relatively tall man. He was in his early 30s.

Yuriy’s last name was Sokolov — a hawk in the literary translation from Russian into English. Once, after a workday, in the dressing room, I noticed a large hawk tattoo covering Yuriy’s entire chest. In the Soviet Union, prior to its dissolution in 1991, tattoos were mostly associated with criminal activities and gangs. I instantly understood the significance of this bodily feature, but could not make a meaningful connection.

He constantly used the gulag’s unique profanities and vulgar language in conversations.

During two years of working with Yuri at the plant, I hardly ever saw him smiling or laughing — and, evidently, there was a reason. At some point in our working together, when Yuriy warmed up and settled his mistrust of me, he revealed a personal and tragic story that took place during his youth.

At 19 years old he was convicted unjustly and harshly in an incident that involved the son of a high–ranking Communist party official. Evidently, in some street fighting between young gangs, a large and illegal knife was involved as a weapon — a big NO in the Soviet criminal justice system. One of the participants in the fight and the owner of the knife was the son of the high–ranking party official. After the arrest of all involved in the incident, the influential father of the knife–wielder begged Yuriy to claim ownership of the knife to save the skin of his filthy son, assuring Yuriy that he would get him out of this mess. “I have connections, I will get you out of this mess. You will walk out of it as a free man, and, afterwards, I will show you my gratitude,” he promised to Yuriy in private.

Naïve, Yuriy trusted the man and confessed to the authorities that the weapon was his. However, when the time came for the hammer to hit the nail, the influential father backed down and dropped the ball on Yuriy. As a result, Yuriy was sentenced to 10 years in a high–security gulag (prison labor camp in the former Soviet Union) in Siberia. Life was tough in Siberia; he worked in the logging industry in the tayga (boreal forest).

During two years (1969–1971) working with Yuriy, he revealed to me numerous stories of his life in the labor camp — about political prisoners he met, the frequent cruelty of the security guards, and long–working hours in the vast Siberian tayga.

Yuriy’s toughness and directness reflected his rough years in the gulag and an absolute mistrust of the high–ranking party members.

He constantly used the gulag’s unique profanities and vulgar language in conversations. In the beginning, I could hardly understand his speech, which mostly consisted of criminal slangs and villain expressions. For example, because of my poor tool–making skills, Yuriy frequently yelled at me: “You are neither good with women [he used a woman’s private part of the body in this expression], nor for the Red Army” (i.e., you are not good for anything; or you are neither fish, flesh, nor red fish).

He always spoke loudly (like a Master Sergeant to his subordinates), directly and criticized the socialist economic system for its inefficiency and lack of productivity. It didn’t matter who was around him.

“The stupidity of this planned economy is remarkably screwed up,” he used to complain. “For two weeks we are all busy here up to our forehead and for the next two weeks we are waiting for the supply to arrive, goofing around like convicts in the penitentiary.”

Yuriy’s toughness and directness reflected his rough years in the gulag and an absolute mistrust of the high–ranking party members.

During the slow weeks at the workshop, management would organize ideologically related meetings for all workers during lunch time. Once, the management invited a member from the Institute of Atheism of the Ukrainian Academy of Sciences to propagate anti–religious dogma based on the Marxist–Leninist ideology.

Political refugees, including myself, who escaped totalitarian socialist régimes, are aware of the liability and cruelty of one-party socialist economic systems

During the post–WWII period (from the mid–1940s to the late–1980s), the Soviet government tolerated religion, but did not encourage it. However, the government persistently advocated atheism and viewed religion as “an opium for the people.” The visit of the member from the Institute of Atheism was deliberately targeted to two young individuals at the workshop, Gregory and Glebe, who were Baptists (there have been many Christian denominations in Ukraine) and openly talked about their Christian faith with other workers at the workshop. They created an “anti–Soviet” atmosphere among workers.

Gregory and Glebe attended the meeting and courageosly engaged in the discussion with the propogandist from the Institute. Shockingly for the attendees at the meeting, the young and inexperienced propogandist from the Institute lost a debate against deeply religious Gregory and Glebe and finally left the workshop, licking his wounds and being embarrassed for his lack of theological knowledge.

Nevertheless, two weeks later, the Institute sent a senior member to recover from the initial embarrassing defeat; and Gregory and Glebe again stood their ground. They were not intimidated by the management or afraid to lose their jobs. In fact, they were disciplined workers and highly qualified toolmakers. The management valued their skills and work ethic. They did not lose their jobs.

I was aware that many workers, including engineers, technical personnel and some management at the workshop were secret believers; but were apprehensive to reveal their Christian identity and faith for fear of losing their jobs – all except Yuriy.

After these two meetings Yuriy became even more vocal, constantly talking about God and his family’s faith and commitment to Christianity, recalling relevant gulag’s stories on this subject.

One day, Yuriy came to work looking cloudy and tired, periodically checking his pulse. Several hours later, he suddenly collapsed from a massive heart attack. I could not help him; I did not know how. I ran to the medical center for help. By the time medical assistance arrived, Yuriy was dead. He was 33 years old. He left behind his wife and three-year-old son.

Political refugees, including myself, who escaped totalitarian socialist régimes, are aware of the liability and cruelty of one-party socialist economic systems. These political refugees must be attentively listened to.

This essay is my tribute to Yuriy and other victims of the corrupt, brutal and totalitarian communist regime. It is also a plea to my fellow Americans to protect our exceptional country, its unique history, socio–economic construct and Judeo–Christian moral values. Otherwise, there will be no place to go.