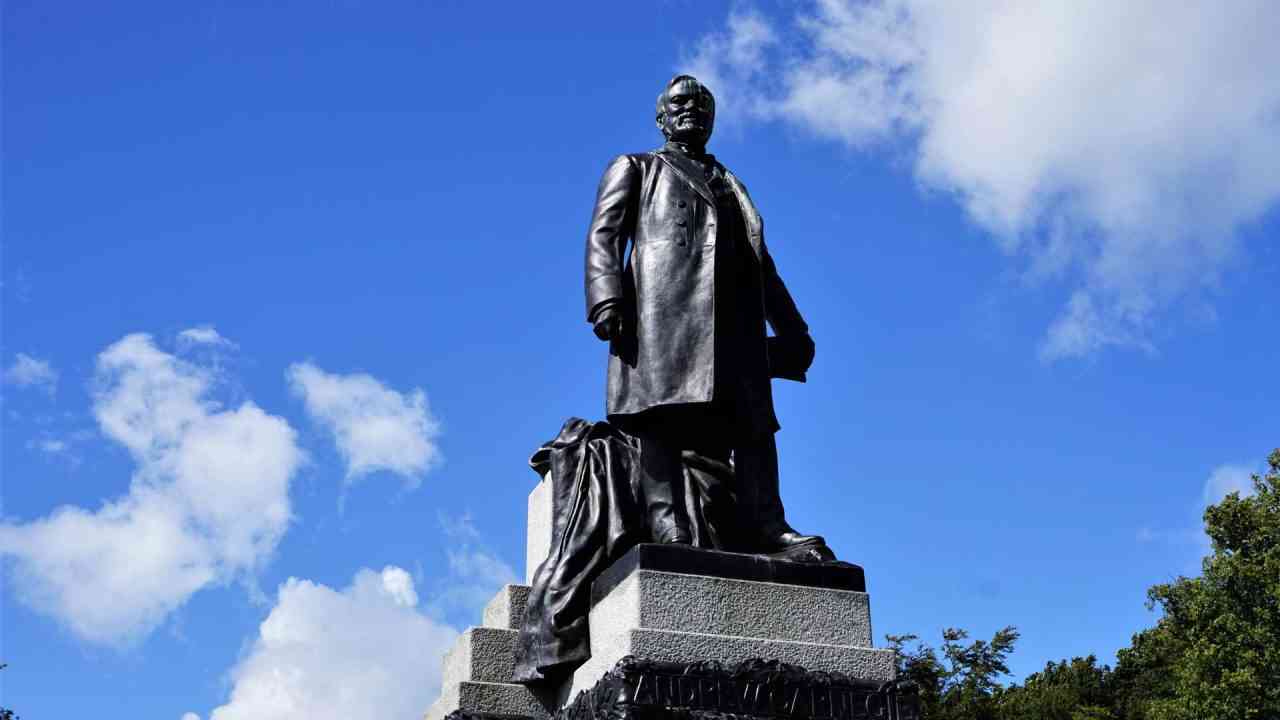 Wealth and power are not synonyms for ‘greed’ 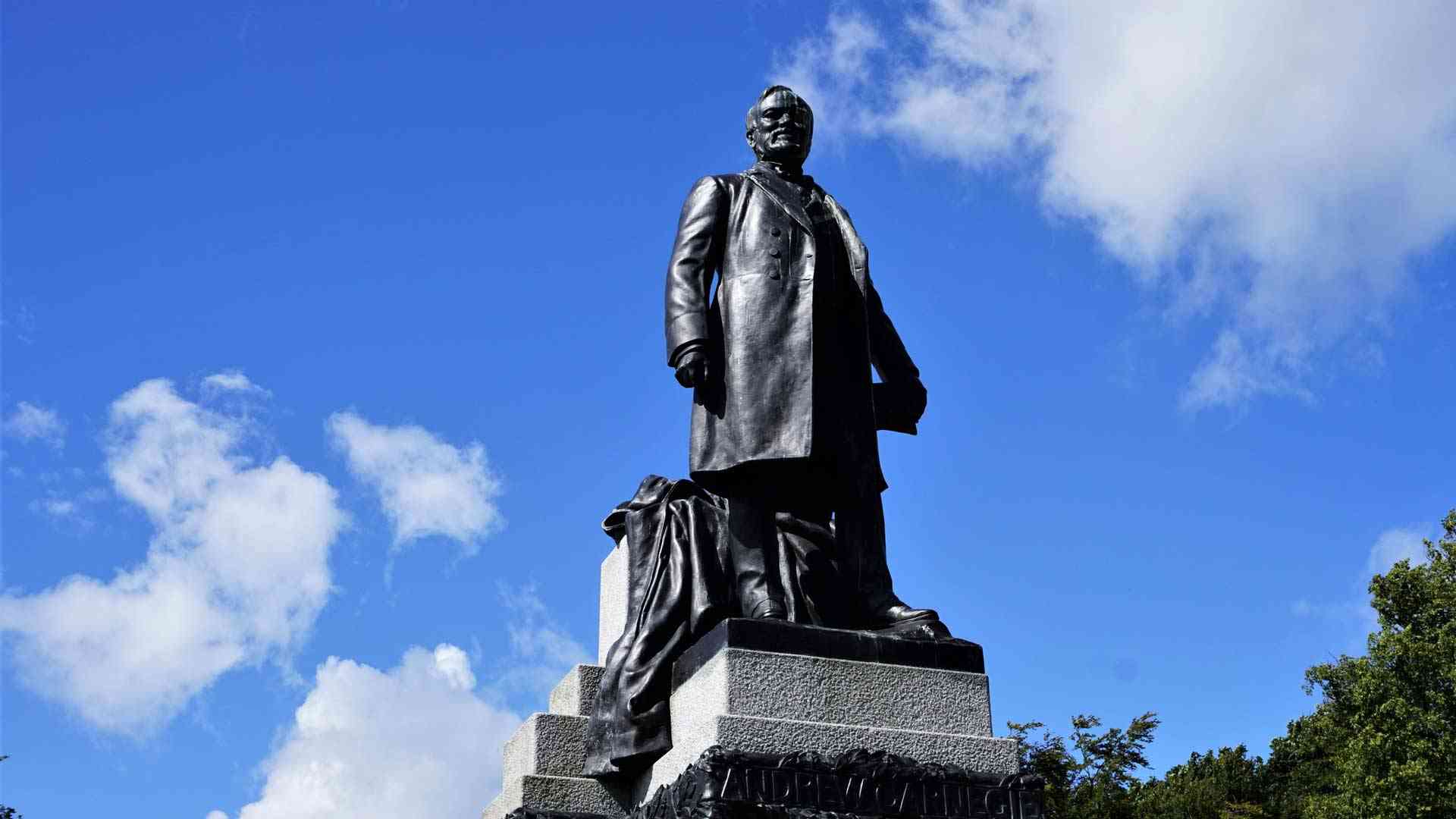 Recently, I had a discussion with a young American in her late 20s about current events in our country. Let’s call her Rebecca in order to protect her anonymity.

It did not take long for me to recognize Rebeca’s leftism — Christopher Columbus exploited Native people during his four voyages to Caribbean Islands in the 15th century; the American Constitution was written solely for privileged white people; woman in America were discriminated throughout its entire history; America is the mother of capitalism – exploiting the underprivileged across the globe; and the history of America must be rewritten in accordance with a far–left “truth.”

I patiently listened to her, and then attempted to explain the subjective and objective causes of historic events in America – in actual context. I had little success. Her radical progressive beliefs (call it brain washing) were deeply rooted in a woke culture and far-left ideology. Finally, she asked me, “What is greed, and why are wealthy people so greedy — like Jeff Bezos of Amazon?”

There have been many wealthy American entrepreneurs who shared almost their entire wealth with others. In fact, they were engines of American prosperity.

So, we searched online for a definition of this concept to discover that “…greed is an intense and selfish desire for something, especially wealth, power, or food.”

“You see, all rich people are greedy — they are selfish, powerful and unwilling to share their wealth with those in need,” Rebecca stated emotionally, and with a confidence.

“Certainly, this is a very general definition of greed,” I responded. “You know, greed comes in many different shapes, colors and forms. Who said that being rich is a crime? There have been many wealthy American entrepreneurs who shared almost their entire wealth with others. In fact, they were engines of American prosperity,” I continued.

“Like who? Name one,” Rebecca insisted. We again searched online, and here’s what we found – revised and adopted from Wikipedia:

Andrew Carnegie (1835–1919) was an industrialist and philanthropist. As a child, he emigrated from Scotland with his parents. He worked from a very young age at the Pennsylvania Railroad Company. At 20, he became a manager of the same railroad company and an apprentice to Thomas A. Scott, owner of the Pennsylvania Railroad Company. He financed the Eads Bridge, designed by James Eads and created the Carnegie Steel Company in Pittsburgh. The fortune he earned from his businesses was used for philanthropy and education, founding the Carnegie Institute for International Peace and Carnegie Mellon University in Pittsburgh.

Carnegie donated most of his money to various libraries, schools and universities in the U.S. and other countries, as well as creating pension funds for senior employees. Carnegie started out as a radio operator and by the 1860s invested in railroads, train sleepers, bridges, oil derricks and steel. He sold his enterprises in 1901 and devoted the rest of his life to large–scale philanthropy, with a special emphasis on local libraries, world peace, education and scientific research.

Henry Ford (1863–1947) was an American businessman, entrepreneur, and founder of Ford Motor Company. The introduction of the Ford T in the automobile market revolutionized transportation and industry in the United States. As the sole owner of the Ford company, he became one of the best–known and richest men in the world.

He is credited with Fordism, a system that spread between the late 1930s and early 1970s and created a large number of low-cost automobiles through chain production. This system entailed the use of specialized machinery and a large number of workers on the payroll with high salaries for the time. Ford left much of his immense fortune to the Ford Foundation.

John Davison Rockefeller (1839–1937) was an American businessman, investor and industrialist, who worked in the oil industry, reaching the point of monopolizing it. He was born in Richford, New York. From a very young age, he showed a peculiar fascination for business. He attended the Cleveland Business School, to later become an accountant, earning a large amount of money. Later, he founded a brokerage firm that allowed him to increase his fortune, which he invested in the coffee business. Later, he decided to enter the oil industry by investing in the Clark & ​​Andrews Firm, a company he later bought, and renamed Rockefeller & Andrews. This firm expanded rapidly, absorbing a multitude of refineries in addition to being inserted in other processes related to the industry, such as transportation, extraction and distribution.

At one point John Davidson Rockefeller was the richest man on the planet. He withdrew from business activities in 1911, the year in which Standard Oil was divided into 30 different companies, and he died May 23, 1937, leaving behind more than $300 billion dollars. Rockefeller (charitable) Foundation is now one of the world’s largest.

John Pierpont Morgan (1837–1913) was an American financier and banker who dominated corporate finance on Wall Street throughout the Gilded Age. As the head of the banking firm that ultimately became known as J.P. Morgan and Co., he was the driving force behind the wave of industrial consolidation in the United States spanning the late 19th and early 20th centuries.

Over the course of his career, Morgan spearheaded the formation of several prominent multinational corporations, including U.S. Steel and General Electric. He and his partners also held controlling interests in numerous other American businesses including Aetna, Western Union, Pulman Car Corporation, and 21 railroads. Due to the extent of his dominance over U.S. finance, Morgan exercised enormous influence over the nation’s policies and the market forces underlying its economy. During the Panic of 1907, he organized a coalition of financiers that saved the American monetary system from collapse. As the Progressive Era’s leading financier, J.P. Morgan’s dedication to efficiency and modernization helped transform the shape of the American economy.

After briefly reviewing these iconic Americans, Rebecca sheepishly admitted that she was vaguely familiar with the names, but never learned about them in any meaningful detail.

I then relayed a story about my personal experience related to a greed in America — a kind of ‘street’ greed.

Rebeca was attentive as I told her that soon after my arrival to the U.S. in 1978, Philadelphia Jewish Family Services found a job for me at the Philadelphia Embroidery Inc., — a small embroidery and silk–screening business located near downtown. Fred Tischler and his wife owned this business of about 10–12 employees. It was a small mom-and-pop business, resembling America’s utilitarian businesses of the 1930s through 1950s.

My starting salary was $3.50 per hour, no health benefits, no sick leave, no paid vacation. In 1978, minimum wage was $2.65 per hour. Over the 11 months of my employment, I asked three times for a raise, and each time Mr. Tischler honored my requests with the raise of 25 cents per hour.

I then told Rebecca about my one-hour commute to work, via bus, subway and a short 10–minute walk. One winter–day, I was 15 minutes late for work because of heavy snowfall. Fred Tischler and his wife were on vacation and their daughter was looking after the business. A week later, she issued me a check, subtracting $1.00 for my being 15-minutes late during the heavy snow day.”

After sharing this story, I asked Rebecca, “So, how would you describe the way I was treated – work discipline or greed?”

She only smiled in silence.

Indeed, Rebecca and many young Americans are formed by a neo–Marxist indoctrination from far–left activists which undermines any expression of the free market or Capitalism. So many young people in America are confused and disoriented.

In fact, parents are truly lucky if their kid manages to come through with a traditional (or normal) perspective on life on life, work and economic reality.