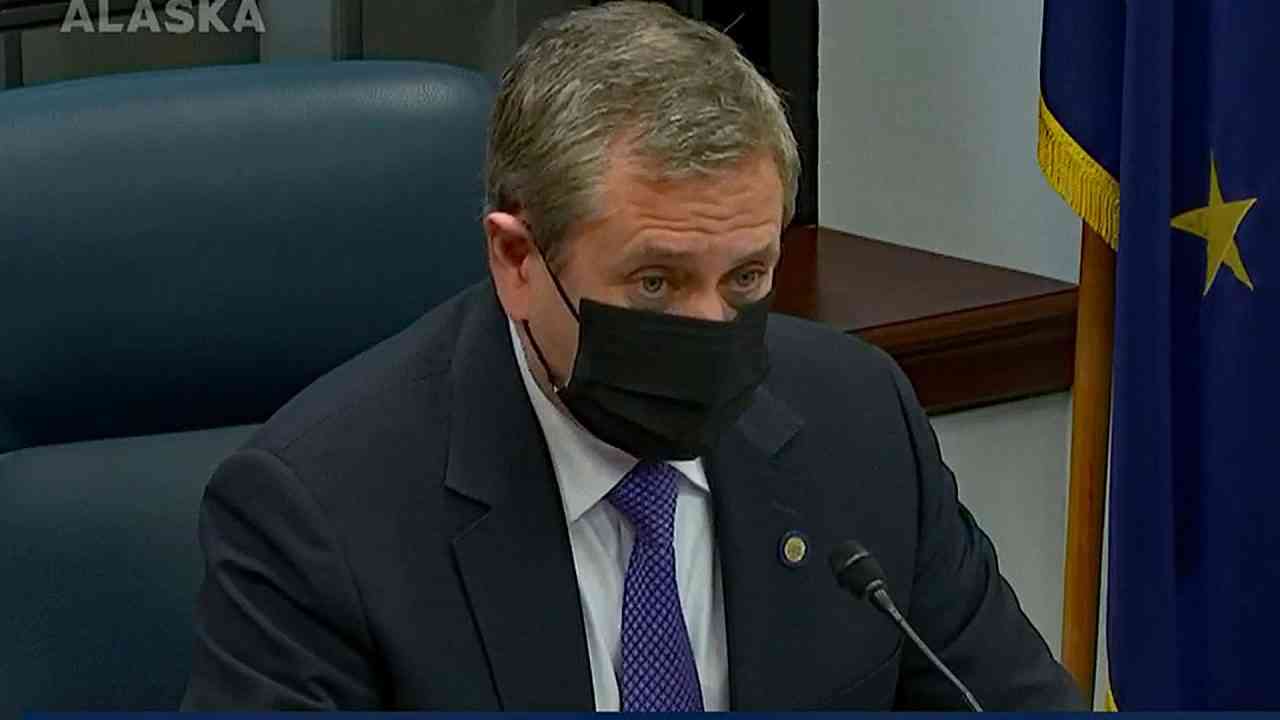 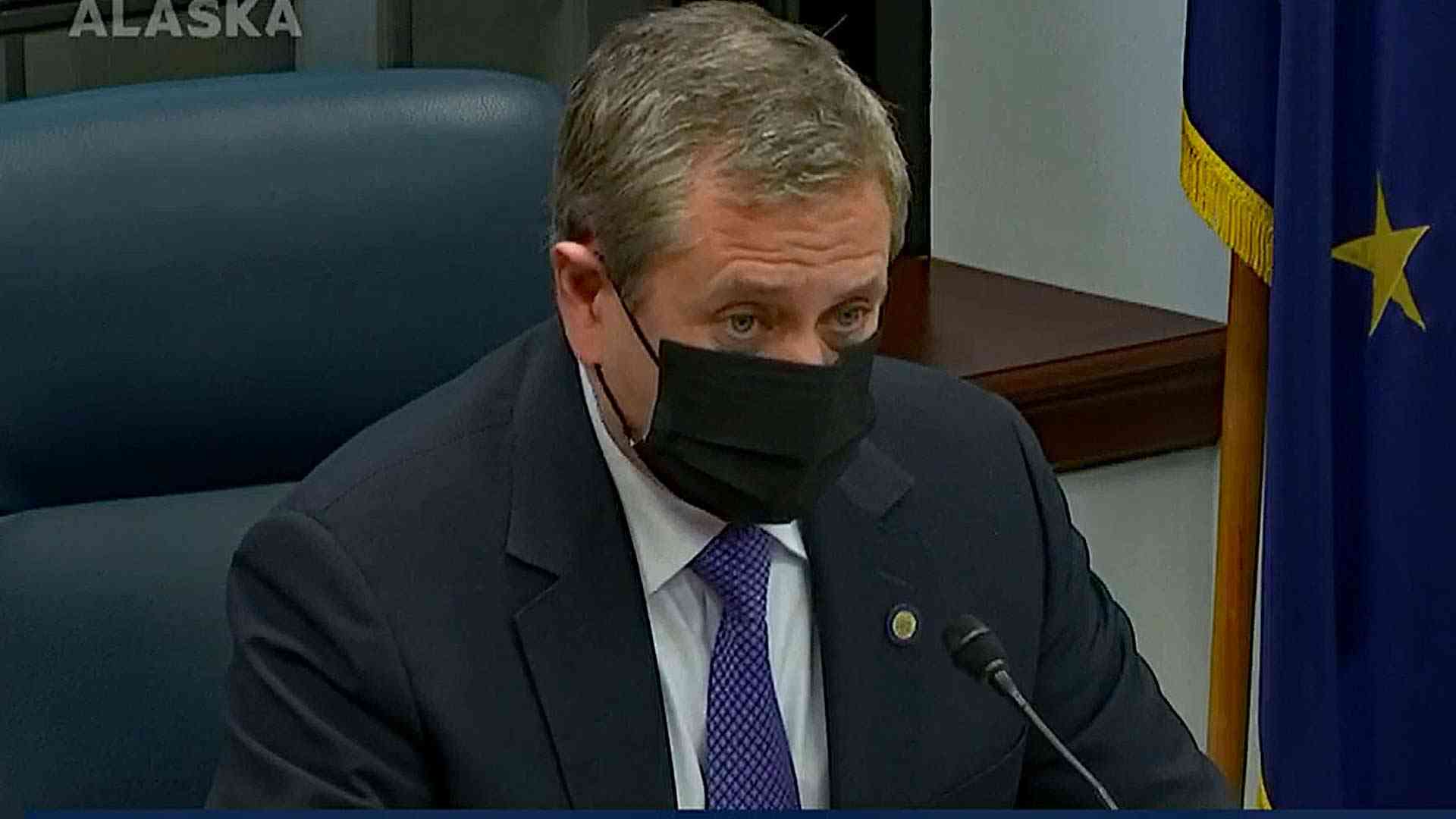 In an open attempt to besmirch the reputation of Rep. David Eastman for his membership in Oath Keepers, Alaska House Majority Leader Chris Tuck (D-Anchorage) held a hearing in the House Military Affairs Committee on Feb. 10. For two hours, Tuck presided over a hearing, with the aim of casting the 30,000-plus member Oath Keepers and similar organizations as purveyors of dangerous political conspiracies, domestic terrorism and white supremacist ideas.

As background, last month, 11 Oath Keepers, including founder Stewart Rhodes, were charged with seditious conspiracy for their role in the Jan. 6, 2021, incident at the U.S. Capitol. Rhodes maintains his innocence, and says that the small handful of Oath Keepers who entered the Capitol had gone off mission. His trial is set for this summer.

Leftist activists, spearheaded by the Marxist-inspired Party for Socialism & Liberation-Anchorage, are now pressuring Alaska House leaders to expel Eastman as a state legislator.

In seeking to punish Eastman, Rep. Tuck and House Speaker Louise Stutes (R-Kodiak) led a mostly Democratic effort to strip Eastman of his five committee memberships last week. While that ploy failed on the House Floor, Tuck has doubled down, and is now holding a series of so-called “informational” hearings to disparage Oath Keepers, militias in general, and their conservative members.

The Feb. 10 meeting began with a lengthy presentation by Alex Friedfeld of the Anti-Defamation League’s Center on Extremism. The organization promotes abortion, the most radical elements of the LGBTQ agenda, critical race theory ideology and much more. It also construes many bedrock conservative values as dangers to democracy.

Friedfeld began by characterizing militia organizations as right-wing conspiracy groups that have an unhealthy fixation on gun rights and suspicions about the government. He claimed most militia’s include white supremacists, but had to acknowledged that these groups do admit people of all races and therefore couldn’t be technically construed as classical white supremacists. That said, he then insinuated that militias have racist leanings because many oppose illegal immigration and the Black Lives Matter movement.

Friedfeld proceeded to give his take on the history of modern-day militias. While presenting his invited testimony as though it were mere fact, Friedfeld interjected his belief that militias are “deeply concerning” and pose a threat to national security.

He said militias gained considerable members during the Obama administration, due to concern that the president would advance a socialist agenda. During the Trump years, he said militias focused more on Islamic terror threats, the border crisis and Antifa.

Amid Covid lockdown protests and Black Lives Matter marches , he said militia members attended many events with the stated aim of providing security. In Friedfeld’s estimation, however, they were really there just to “stare down leftists.”

Turning his attention to the last two years, Friedfeld said he was disturbed that so many militia members cast doubt on the validity of Biden’s election. Such actions, he said sow distrust in government, which he finds “deeply disturbing.”

Apart from a few individual bad actors, Friedfeld offered scant evidence of actual violent actions taken by militias or their members over the past 20 years. Instead, he accused them of generally undermining the government with their ideas, and making the use of violence seem more “reasonable.”

Friedfeld did mention a group of 13 members from a Michigan-based militia who were suspected in a plot to kidnap Gov. Gretchen Whitmer in 2020. While this group had no ties to Oath Keepers, Friedfeld insinuated a connection by asserting that Oath Keepers “generally believe all the same conspiracies as the other militia movements.”

He also took issue with the Oath Keepers’ emphasis to “defend the Constitution against all enemies, foreign and domestic,” as well as its members’ refusal to obey what they see as unconstitutional laws. Friedfeld characterized this as an “extremist” position that only serves to undermine faith in government, the chain of command and the belief that government can and will police itself.

Towards the end of his presentation, Friedfeld expressed concern about the Oath Keepers’ role in several events. This includes the 2014 standoff between ranchers and federal authorities at the Bundy Ranch in Nevada, two standoffs with authorities in Oregon and Montana in 2015, and two other instances in which Oath Keepers offered to protect the residents of Ferguson in 2014 and 2015. While none of these instances resulted in violence by Oath Keepers, Friedfeld opined about what “could potentially” have unfolded since some of the Oath Keepers were armed. He said it was “not hard to imagine people getting hurt” in these situations, adding that Oath Keepers attended these events “armed with their guns and their biases.”

John Lewis, of George Washington University, gave the second presentation in which he basically summarized the federal government’s allegations against the Oath Keepers who have been charged for their actions on Jan. 6, 2021. Of the 736 people charged with some crime, Lewis noted that 26 were Oath Keepers, 11 of whom were charged with seditious conspiracy and who are awaiting trials later this year.

Lewis failed to note that Oath Keeper founder Stewart Rhodes maintains his innocence, as does the organization.

A statement from the Oath Keeper website, which Lewis did not mention states the following:

The media has attempted to paint this organization as an extreme right wing anti-government militia. This is as far from the truth as you can get, we swore an oath to the Constitution, The Supreme law of the land that establishes the United States as a Republic. We have sworn our service to the Republic of the people by the people for the people. Every citizen of this country no matter political party, religious beliefs, sexual orientation, skin color or wealth level have equal rights under the law. These rights given to us by our creator and guaranteed protected from any government against infringement. Our oath is to the founding principles that established our great Union of Sovereign States. We will always stand on the side of equality and the Bill of Rights.

Tuck plans to continue his Oath Keepers probe with another hearing on Tuesday, Feb. 15. He said he has tried to find an Oath Keeper representative to speak on the organization’s behalf, but so far no one has agreed to participate in his hearings.