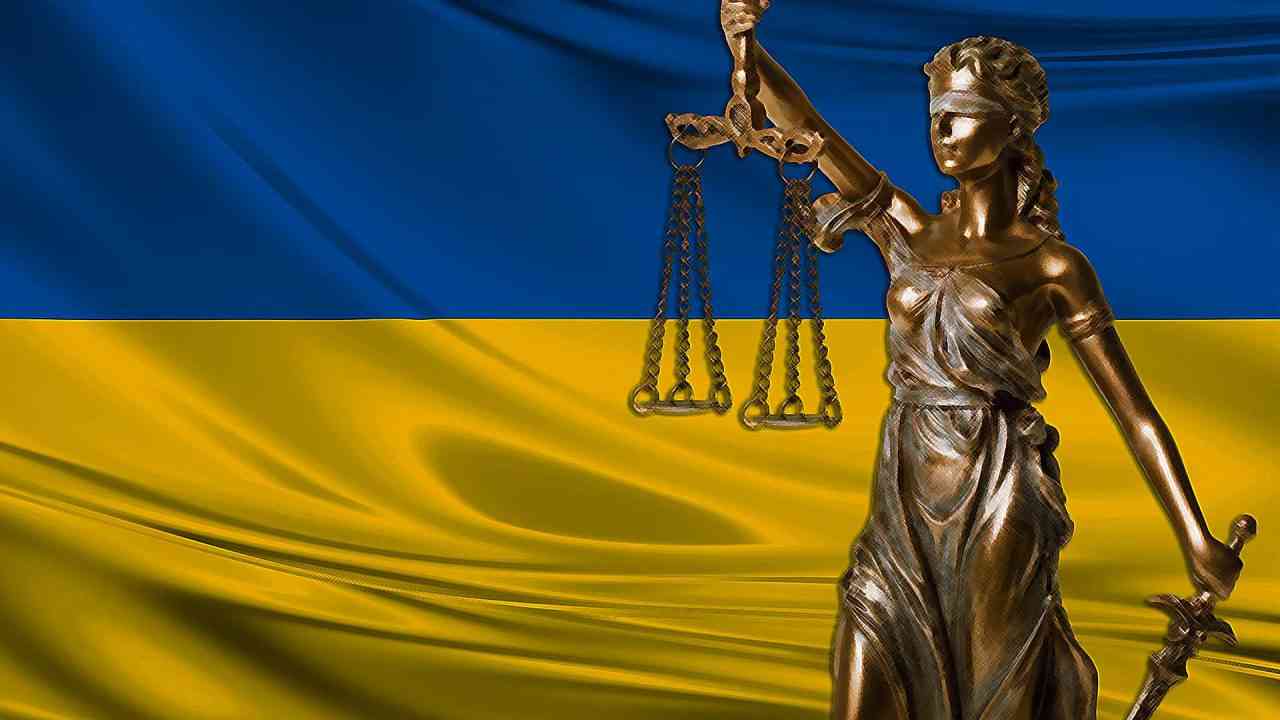 OPINION: Conservatives must not excuse what Putin has unleashed on Ukraine 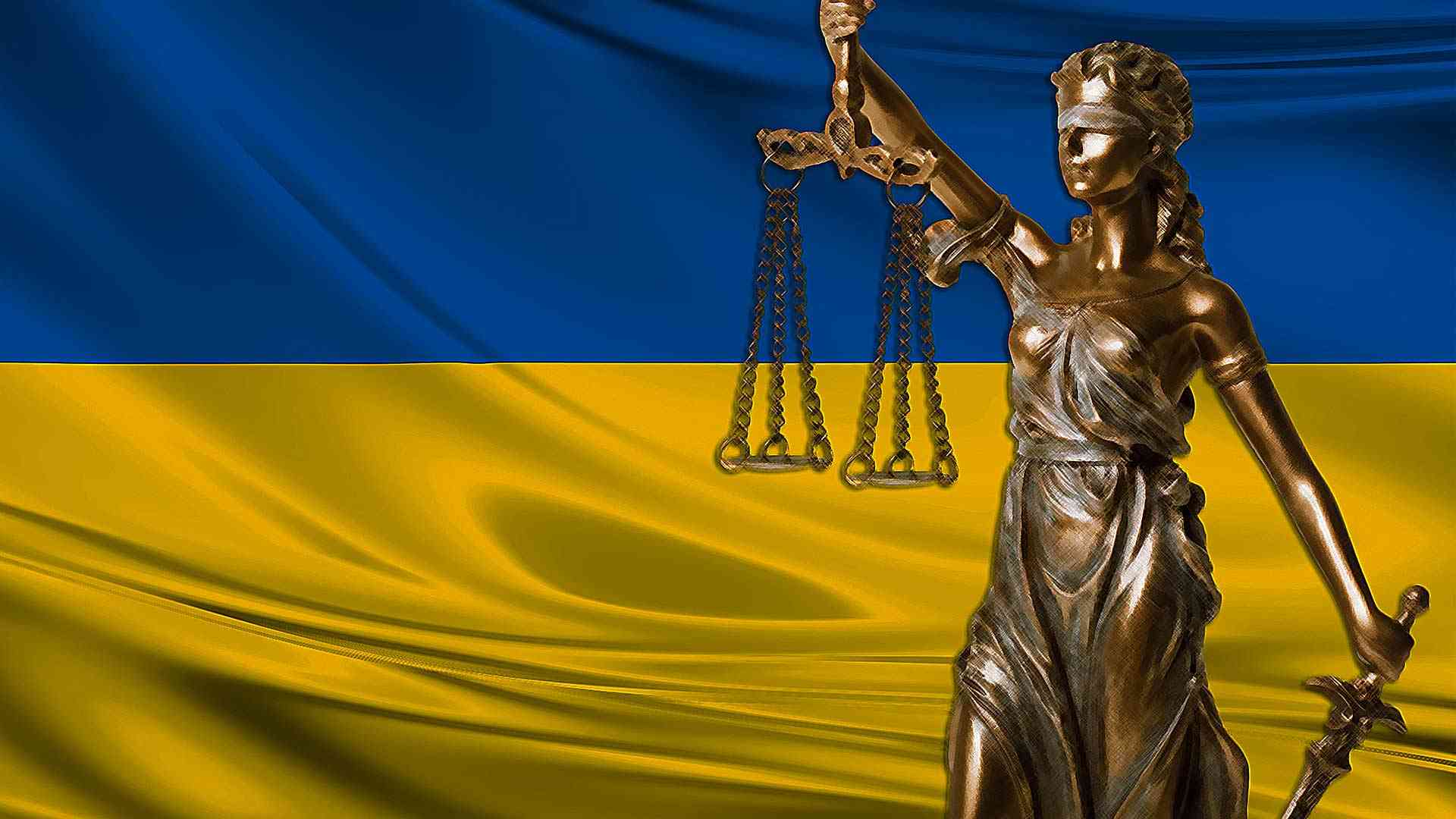 Recently propagated by Republican members of the Alaska Legislature are two narratives about which they should know better:

According to the theory, the enemy (President Vladimir Putin) of my enemy (Soros) is my friend. Therefore, apparently, there should be a hesitation to support Zelenskyy and Ukraine’s resistance of the Russian invasion at this pivotal point in history

Conservatives are justified for crucifying President Joe Biden for his weakness inviting the invasion itself while he continues to pander to green energy as prices skyrocket.  Outrage is also warranted as Biden demands defense of Ukraine’s borders while he opens our own to massive illegal immigration. His son Hunter Biden’s sleaze with his suspicious Ukrainian gas company Burisma “no-show job” also is a justifiable cause for outrage.

But in pounding away on these points, things go off the rails when the rhetoric turns to, “There is no U.S. interest in Ukraine”, “Ukraine is a corrupt, undemocratic failed state,” concepts espoused by Fox News and Tucker Carlson.

It will not be possible to keep Ukrainian successes from them, so Putin instead is destroying Ukraine and slaughtering thousands.

That is wrong. The U.S. has an essential national interest in a Russia that stands down from authoritarianism, becomes a functioning democracy and reduced military threat.  We would save trillions of dollars and live in a better world. The future of Ukraine is critical to that much larger objective.

Some opine that the West, and America in particular, is responsible for this invasion because the continued expansion of the NATO military alliance eastward to Russia’s borders threatens Russian national security.  Is Ukraine then doomed to remain in a Russian sphere of influence as some sort of vassal state to Moscow, notwithstanding the desires of Ukrainians themselves to look to the West, the EU for their integration into a free market and democracy?  It’s completely understandable that, feeling threatened by Russia, Ukraine would want to be a part of the NATO defense alliance.

Yes, Russia and Putin have been consistent for over two decades in saying NATO and Ukraine pose an unacceptable threat to Russia and regional security. They use the missiles in Cuba analogy. Maybe the West did push NATO too hard and too far East to the borders of Russia, but these expansions were popular and were wanted by the people in Estonia, Latvia, Lithuania, and Poland.

Maybe this invasion was avoidable with better, more adroit diplomacy that sought to probe the limits of Russia’s security concerns while not conceding our own principles. Maybe Russia President Putin and his proud countryman in mourning for the loss of the Soviet Empire should not have been insulted and embarrassed by a triumphant West after the fall of the Berlin Wall.

After the Russians are defeated, Zelenskyy can be expected to pivot away from any Soros and global elite forces that are incompatible with values now etched into the souls of Ukrainians.

By no means does any of this excuse what Putin has unleashed. Thousands of innocent people have perished.  All thinking and feeling people around the world are shocked and disgusted by the devastation and carnage being unleashed on that poor country. The sight of rows of apartment buildings, cars, factories, hospitals, schools, bridges, and public buildings being rocketed and bombed is unacceptable for all civilized people.

Regarding NATO on its borders: As frightening to Putin and Russia’s Kremlin powerful elite is the tug and attraction of the West for Ukraine’s 50 million people.

Since the shock of losing Crimea and the Donbas to Russian occupation in 2014, Ukraine has been decisively turning away from Russia. Culturally both the Ukrainian speaking areas in Western Ukraine and the Russian speaking areas in Eastern Ukraine are reorienting from Moscow to the West — the European Union, the United Kingdom, and America. Russian speaking Ukrainians are so repulsed by Putin that they are even making the choice to reduce speaking their native language and switching to Ukrainian.

Russia feels the pain of losing its totalitarian empire and witnessing the success of its former vassals in building democratic and free societies. Putin sees the existential threat building in a thriving Ukraine — the size of Texas with 50 million people — that is increasingly bonded with the West. He will lose all 144 million people in the Russian Federation as they become aware of how much better off Ukrainians are becoming. There are close and intimate ties between Ukrainians across Russia, from St Petersburg to Magadan; these include family, friends, and business partners. It will not be possible to keep Ukrainian successes from them, so Putin instead is destroying Ukraine and slaughtering thousands.

Conservatives who are soft on Zelenskyy and Putin need to get smart, pay attention, and grab this liberty narrative away from the Democrats.

As for President Zelenskyy being elected in 2019 with help from George Soros, that election is generally considered to be a free and fair election. Soros’ help may or may not have been significant. Even if it was, everything is changed after the living hell of the Russian invasion.

Zelenskyy has rallied his people to fight tyranny to the death like no one since Winston Churchill and Charles de Gaulle in the darkest days of World War II.

After the Russians are defeated, Zelenskyy can be expected to pivot away from any Soros and global elite forces that are incompatible with values now etched into the souls of Ukrainians.

Example: Ukraine’s Parliament last week just granted its citizens the right to bear arms—hours before Putin’s invasion. By now, we are seeing that their citizens slinging Kalashnikovs and AR-15’s are on their way to victory assisting the Ukrainian defense forces. Those citizens are not going to give these guns up and this is a lesson to the world. The Second Amendment means weapons like these. Soros and the one-worlders are not going to make any headway against this. Certainly not with President Zelenskyy.

As for strange bedfellows in war: Remember that in World War II, the West had to ally with mass murderer Joseph Stalin in order to defeat the common enemy, Hitler. Right here in Alaska, 8,000 U.S. planes were turned over to Soviet pilots who flew them on across Siberia as part of Lend-Lease Program. You do what you have to — to survive and win — and then later oppose your allies, if necessary, after the common foe is defeated.

The courage of the Ukrainians (citizens and military) already has ensured that they will go down in history as famous battles for liberty — battles such as Normandy, Iwo Jima, the Alamo, and Yorktown. Ukraine is the front line of freedom in the world today.

We may not be in a “World War” yet.  For now, it is one big bully invading a smaller neighbor. However, if Putin is allowed to take independent Ukraine after the abomination and war crimes he has vested on the world, an emboldened China can be expected to invade Taiwan. Then you do have an axis of Russia, China (and others) against the free world — World War III.

Finally, Ukrainian heroism and Russian miscalculations appear likely to result in failure of Putin’s reckless invasion and the end of his rule.

The media will then help Biden and the Democrats claim credit for defeating Vladimir Putin.

Conservatives who are soft on Zelenskyy and Putin need to get smart, pay attention, and grab this liberty narrative away from the Democrats. At least make sure you are on the stage and not a useful idiot for this new Hitler — Putin. Don’t be on the wrong side of history — it will give President Biden and the Democrats cover to evade their responsibility for the disasters they have brought down on America, Alaska, and the world.

Ray Kreig
Ray Kreig is a civil engineer in Anchorage and former president of Chugach Electric. His Russian experience includes numerous terrain studies for industry and government in Alaska and in Russia for the oil industry and for government. He was in the capital of Anadyr, Chukotka Province (adjoining Alaska, west of Nome) during the August 1991 Soviet coup d’état attempt against Mikhail Gorbachev. He helped the deputy mayor with non-combat tasks opposing the coup. In 1994 Kreig briefed then-Vice President Al Gore at the White House on the Russian Komi Oil Spill and was appointed his representative for the on-site UN field investigation mission.