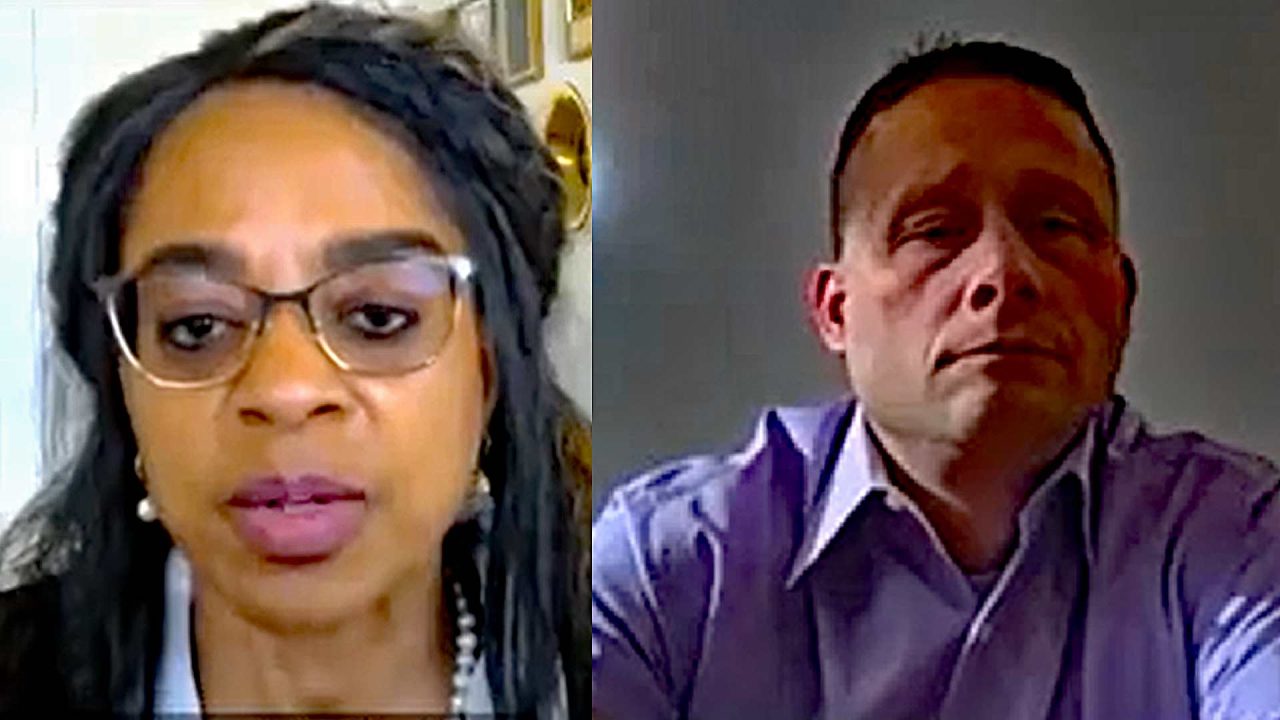 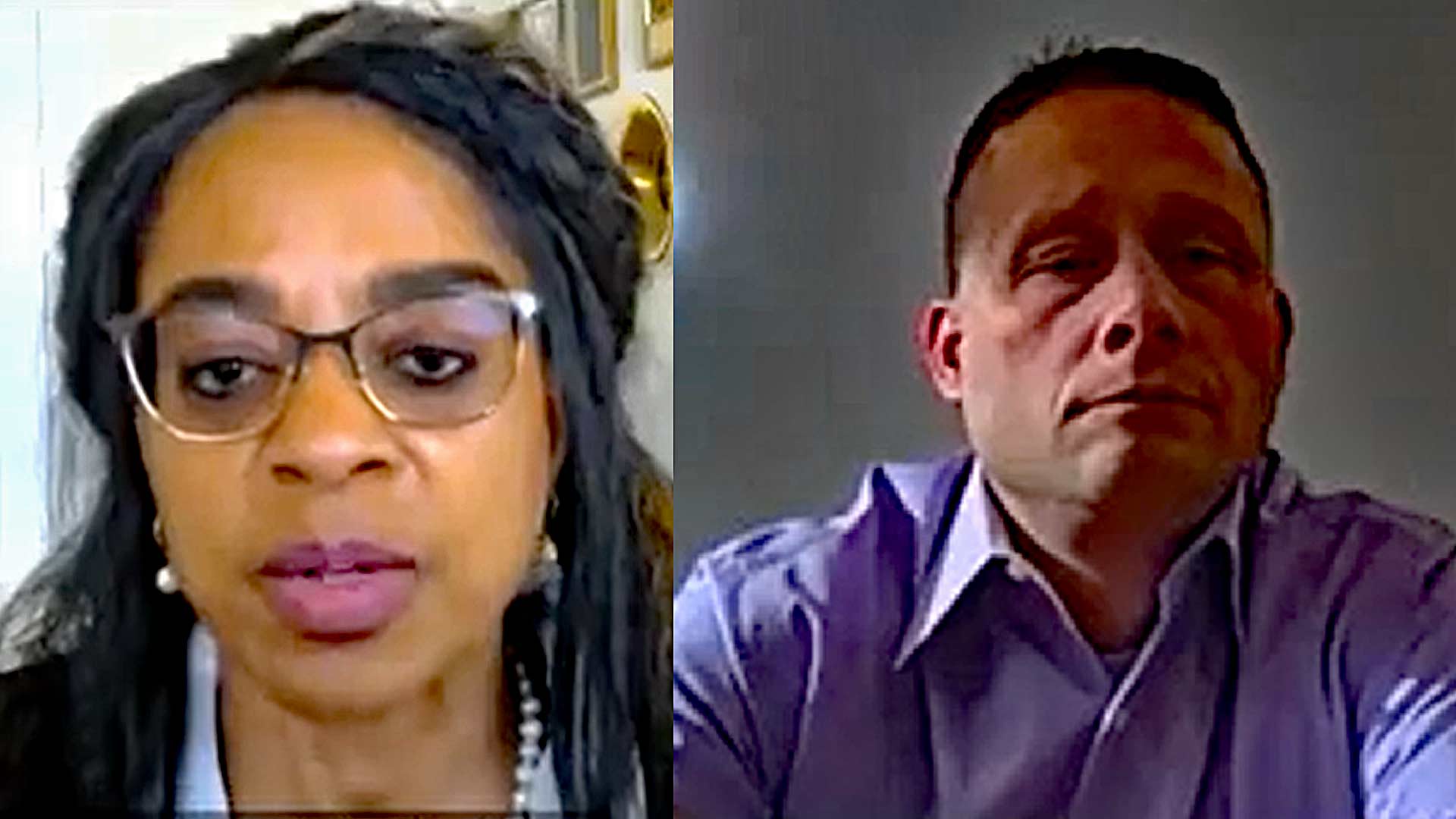 Case made his comments on May 22 during a one-hour online interview with Celeste Hodge Growden, president and CEO of Alaska Black Caucus.

The Alaska Black Caucus has become one of the leading organizations pushing for critical race theory in public schools, police protests, LGBTQ activism and the notion that America’s institutions are fundamentally tainted by systemic, widespread racism and in need of radical change from the ground up.

The May 22 interview began with a short video that framed the slave trade as a forerunner to modern day policing. The video claimed that just as “slave catchers” and “slave patrols” terrorized blacks, so, too, do modern day police departments.

Among many claims, the video asserted that the use of police canines was a hold-over from when run-away slaves were tracked by dogs.

One of the conclusions of the video is that police departments need to be “vastly” scaled back because they are allegedly too powerful and often serve as oppressive forces for people of color.

“How can we trust a system that is so rotten at its core?” the video concludes.

At the end of the video, Growden said it was “very emotional” and “spoke volumes” to her. She wanted to know what the deputy police chief thought.

Case, who has served with the Anchorage Police Department for more than 20 years, said the video was a reminder that fixing problems would be a “team effort” that included “dialogue.”

“I’m not going to dispute what was in the video,” he told Growden, adding that often times officers balk at training sessions which highlight past grievances from decades or centuries ago.

Case said APD recently concluded a training session with officers that entailed hearing from Alaska Natives about past injustices inflicted on that community through forced boarding schools.

Growden asked if there were similar efforts underway with regards to hearing from the black community.

Case said his officers currently go through a cultural awareness class in the academy.

“I’ll never make excuses for – do we have enough, or is it quality enough training,” he said. “I think that’s something that we’re always trying to strive a little better for. I can tell you that anytime you want to come into the police station and assist me and do some training, my door is open. I’ll be as quick to respond as I was when you texted me about doing this.”

Growden jumped at the invite.

“So let me respond to that right now and say, put us down – the Alaska Black Caucus – to assist with training efforts, because while you have diversity training, and stuff, that’s great,” she said. “I mean, I think that’s important. All groups are different. They’re not the same and with the concerns that are currently running rampant within the black community surrounding APD, I think it would be worth it to have some training specifically as it relates to the black culture.”

“Absolutely put us down to assist with some training,” she emphasized. “We’d be happy to help with that.”

From there the conversation turned to the challenge of hiring and retaining female officers and people of color.

Case said the police department needs to do a better job of encouraging more females and people of color to apply, but it also needs to be mindful of the culture within the department. He said there were “subconscious” ways that officers behave and speak which may discourage certain groups from applying to serve on the force. He said the environment needs to be adjusted to make those people feel more comfortable.

Case said he didn’t know much about the issue, but emphasized that the department does not support “any sort of behavior that’s harmful to any group, any race, any religion.”

“We certainly don’t promote racism or tolerate racism or sexism or anything like that,” he said, adding that the department is looking at its social media policy to ensure employees don’t misrepresent the police force or its values.

When asked about community policing, Case said the department goes out of its way to interact with the community in non-enforcement events and engagements. This includes attending community council meetings and doing foot patrols aimed at creating positive non-enforcement interactions with area residents.

Growden ended the interview by asking about when Anchorage officers will start wearing body cams on patrol. Case said the department is having discussions with the police union. He said body cams will bring a change to the working conditions for officers and therefore their usage has to be negotiated with the union. If the APD and the union have a disagreement on body cam policy, this has to go through arbitration, which could take several months to iron out, he said.

In next Sunday’s interview, the Alaska Black Caucus is focusing on “BIPOC LGBTQ Discrimination in the workforce, police interactions, faith and religion and mental and physical health services.”