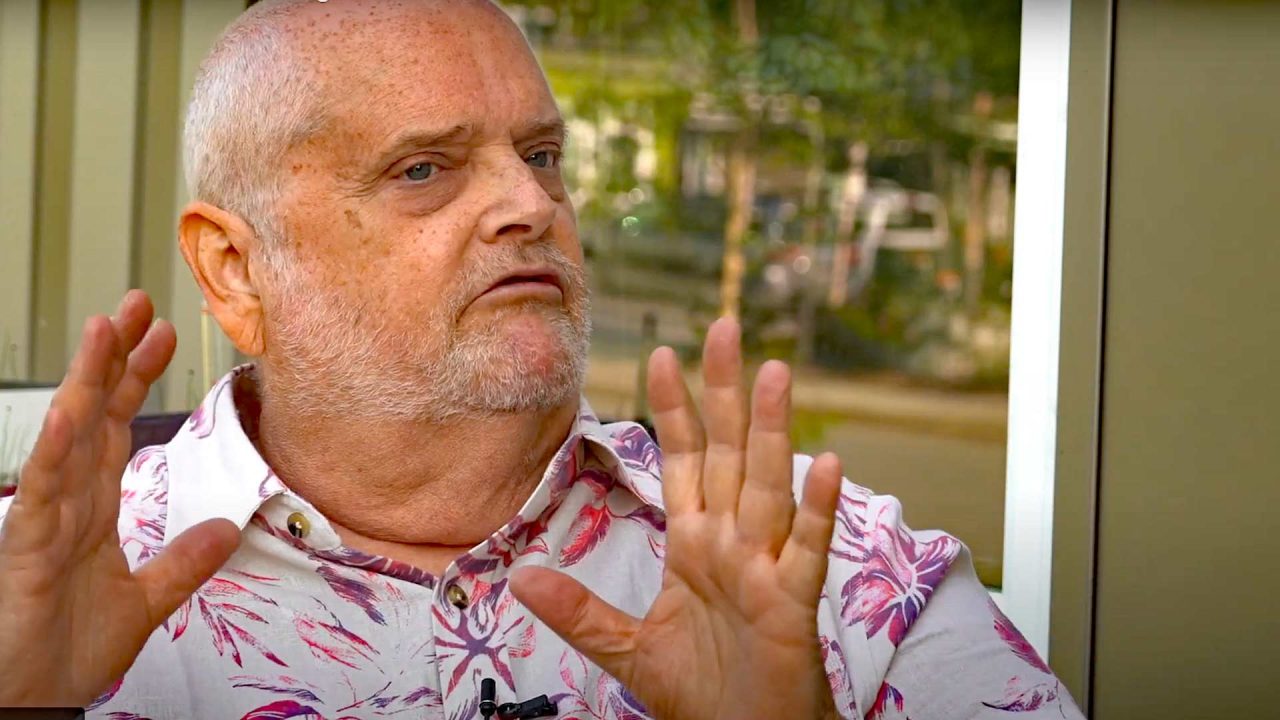 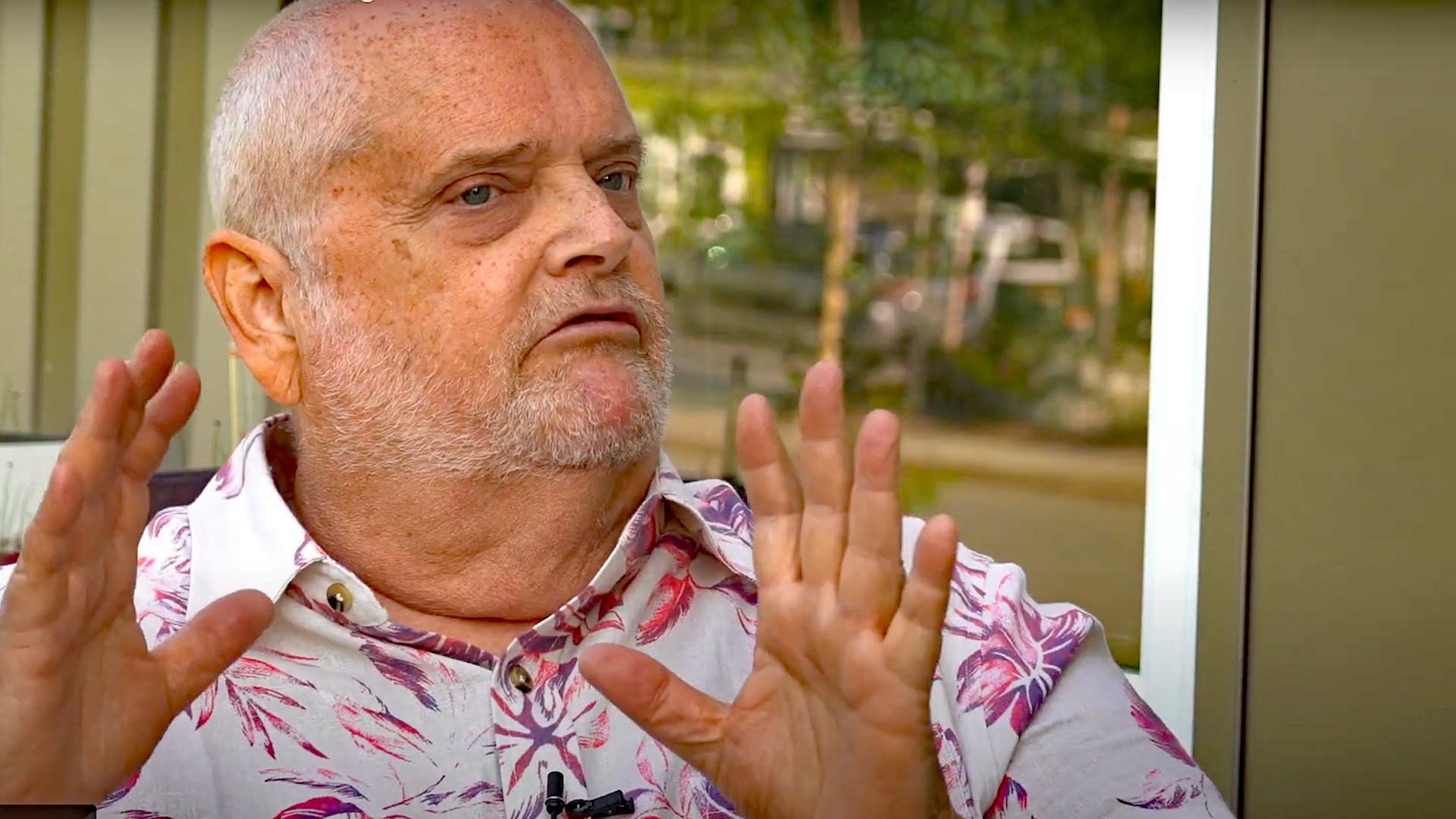 Eagle River resident Michael Hughes spent decades as a prominent member of the LGBTQ community in Alaska, but has since abandoned the lifestyle to embrace the teachings of Jesus Christ.

Arriving in Anchorage in 1977 as part of the Air National Guard, he was initially drawn north by skiing and the outdoors. While in Anchorage, he entered the gay scene, came out as homosexual and eventually became a popular and prominent figure in the local gay community.

At first, he felt “free” in coming out publicly, and running in likeminded circles. At one point he was elected as Emperor of Alaska, a title bestowed by the Imperial Court of All Alaska – the state’s oldest and largest nonprofit LGBT activist group.

Hughes attended drag shows and fully embraced the alternative culture in Anchorage at the time.

“I’d never seen this stuff before,” he said. “Drag queens put on good shows, and it was a lot of fun.”

At one point he was asked to dance in drag, which he agreed to, and eventually won a small contest for his performance.

While living a gay lifestyle, Hughes said he once spoke with a local Catholic priest about being in a homosexual relationship.

But Hughes said he listened to the priest and continued in his lifestyle.

Despite the wayward advice, Hughes’ life took a dramatic turn, and he is now a stalwart defender of traditional Catholic teaching on human sexuality, which prohibits homosexual activity but affirms the fundamental God-given dignity of every person.

While being made for God, Hughes admits that it took him many years to finally come around and accept the divine plan and design on his life.

“I realize my same-sex attraction – which I still have – is a disorder, and it’s not the way God wanted me to live, but I’ve learned to deal with it,” he said.

Part of that process was to embrace a life of prayer and regularly confession to a wise and understanding priest.

“A couple times I went to confession, and all the urges, all the desires went away,” he said, adding that he believes clergy should be more up front about LGBTQ issues.

In the first years of leading a new life, Hughes lived for several years on the Archdiocese of Anchorage’s Holy Spirit Center campus where he sought to devote himself to a life of prayer as a religious hermit.

Nicknamed ‘Brother Bruno’ long ago by friends, the moniker has stayed with him through the various stages of an evolving spiritual life. The most famous Bruno in Catholic history is Saint Bruno, founder of the Carthusian order – a religious community devoted to prayer.

Hughes laments the fact that kids have to navigate so much sexual confusion today.

While the Archdiocese of Anchorage declined Hughes’ request to become a monk, he nevertheless found healing and joy in the larger reality of his faith, as well as a welcoming embrace at a local parish. He was even asked to assist in helping to guide teens who were working to overcome philosophical objections to church teachings. Now, limited by his treatments for cancer and AIDS, Hughes continues to practice a quiet and stable religious life that includes daily prayers, frequent confession and reading about the lives of various saints.

After recently burying his mother, Hughes’ life has taken on an even more reflective solitude. As a younger man, he worked as a wine sommelier, and he still enjoys fine wines and an extensive art collection. His daily demands, however, are occasional treks to Anchorage to worship in the Traditional Latin Mass, keeping up with a vegetable gardening and caring for his dog Loki.

Hughes now sees many of the grave errors that embedded in the LGBTQ culture, including actions that confuse young children, such as drag queen story hours.

“What’s the motivation?” he said. “I was thinking of using the term child abuse. I can’t judge them – but at some point, it clearly becomes indoctrination … why not veterinarian story hour, fighter pilot story hour, or any other myriad of folks reading to kids?”

Hughes laments the fact that kids have to navigate so much sexual confusion today.

When asked how adults with homosexual attraction can combat same-sex urges, Hughes is quick to recommend a spiritual course of action

“I really feel really sorry for kids in general,” he said. “These kids are taught you can be anything you want to be. How could a four-year-old decide or a 13-year-old. If you’re not 25, your brain’s not fully formed. How could anybody under that age really decide?”

“Putting a child on hormone blockers to delay puberty, that’s going to mess them up physically as well as psychologically and emotionally,” he said. “I’m against it.”

“Maybe find someone like me, who has gone through it … and understands what you’re going to face,” he said. “Especially with teenagers. They’re going to want to talk to somebody that’s real, that’s done this, that knows what it’s like.”

He said he wishes he had found someone like that when he was younger.

“I don’t know if I would have done anything differently,” he said. “But it would have given me something to think about, rather than just being on my own.”

When asked how adults with homosexual attraction can combat same-sex urges, Hughes is quick to recommend a spiritual course of action, nurtured by solid clergy and perhaps mentors who have struggled with similar issues and found a measure of victory and healing.

He also called on bishops and priests to do their jobs and actually shepherd their flocks back to Christ. Their silence and Inaction, he said, sows confusion and serves to lead many astray on key moral issues related to human sexuality.

“If priests would stick to the principles of the church … I think that would help a lot,” he said. “If everything is kept in the darkness, like the teachings of the church, then the dark one can make use of that – and he does.”