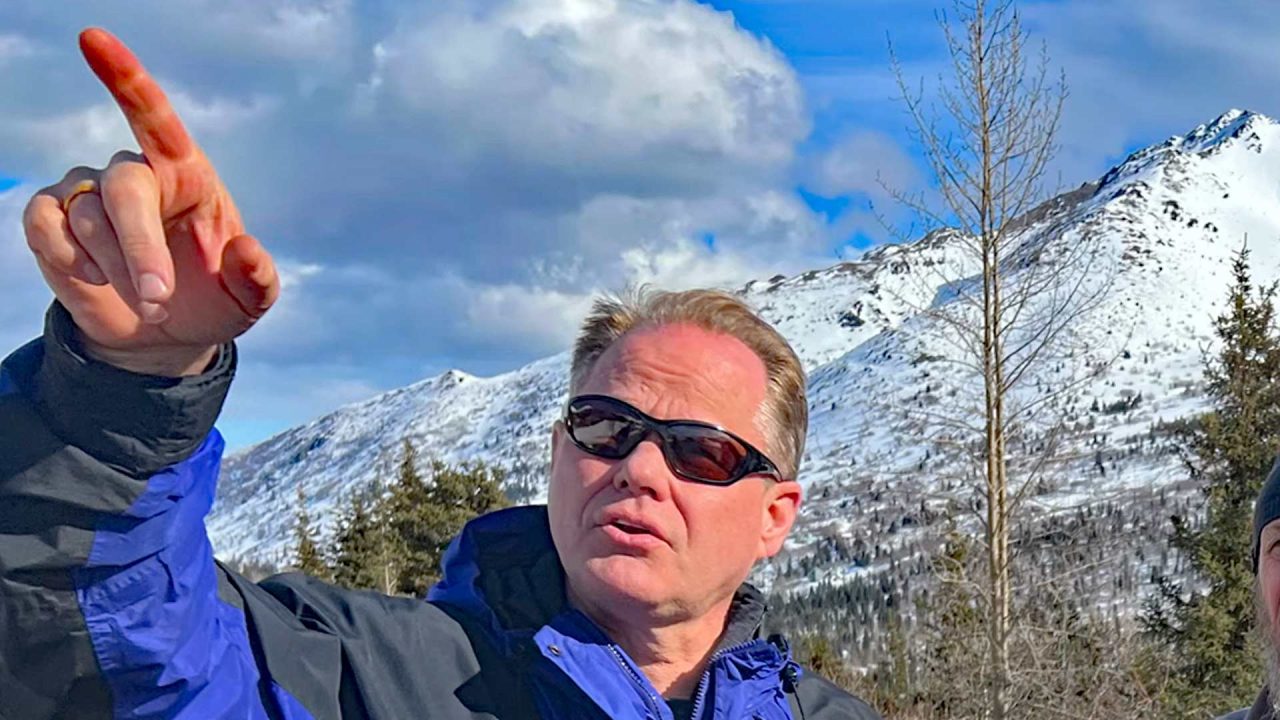 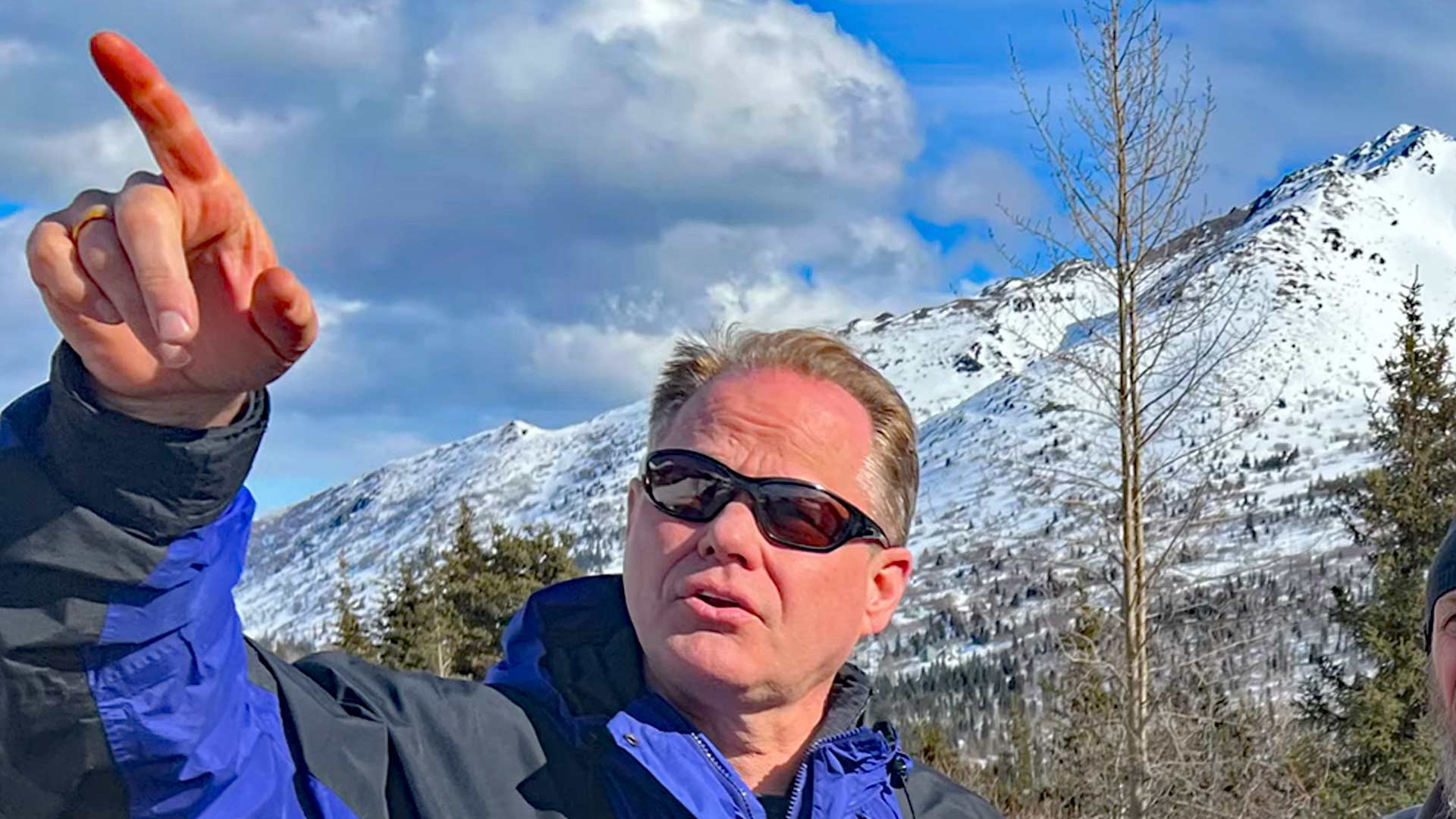 Since I took office last year on July 1, significant progress and advancement have been made on the priorities established at the onset of my administration. When it comes to public safety, economic development, the Port of Alaska, homelessness, property taxes, the budget, COVID-19 and being accountable to the people of Anchorage, we are getting back on the right track and rebuilding our great city!

Today, I believe we are a more united, stronger, and healthier people that are working together to grow our economy and make Anchorage an amazing city to live, work, and play.

I’ll admit that over the course of the last year I made plenty of mistakes. Coming from the military and airline world, I was not a polished politician when I assumed this role. However, I believe my administration has navigated those initial growing pains and learned valuable lessons along the way.

As my team can attest to, I implore honesty, truthfulness, and integrity in all we do. It’s our job as public servants to shoot straight with you and correct our course of action when you deem necessary. If we make a mistake, we own up to it, ask your forgiveness, and seek to do better. This process is the only way we can improve as a society and as a government working on your behalf.

Turning to the successes we’ve had over the last year, I’d like to start with the highest priority of government: public safety and preserving law and order.

The Anchorage Police Department held two strong academies, including the largest since 2017, which brought 23 new officers into the force. APD secured its first cold case homicide indictment and thanks to the reorganization of the drug units, officers have substantially increased the seizure of illegal drugs, guns, and money.

I prioritized the protection of women and children in our community by standing up a special domestic violence unit within our Department of Law. This 11-person unit has five prosecutors and two APD officers assigned to it, who are tasked with prosecuting and preventing domestic violence in Anchorage, specifically crimes involving intimate partner violence, and child abuse and neglect.

Additionally, the Anchorage Fire Department held an academy that saw 26 new firefighters join the service, with all recruits graduating the academy – a first since 2004.

AFD secured $14 million in state reimbursements for medical transports that translates into savings for Anchorage taxpayers, and helped Anchorage be one of eight communities nationwide to receive the Lighthouse Community designation. Being a Lighthouse Community means our emergency response professionals are all-stars when it comes to saving lives.

Most importantly, thanks to a robust police force and active policing strategies, crime is down nearly across the board – especially violence crime. We are making Anchorage a safer community for all.

Turning to the economy, Anchorage is roaring back after languishing for years under misguided policies and COVID shutdowns. In short order we worked with developers to bring about nearly $300 million worth of projects in downtown alone, with more projects in the works.

The Block 41, 6th Avenue Project, and Debenham’s apartment complex are substantial investments that will bring much needed housing to downtown, and create hundreds of jobs in the process. With only 4% unemployment, and the number of residents receiving unemployment benefits at the lowest level since 1999, nearly everyone in Anchorage who wants a job either has one or can get one.

As we all know, Anchorage is facing a housing shortage. To counter this I proposed an ordinance to spur development of accessory dwelling units (ADUs) – known as mother-in-law apartments – by providing a 10-year tax exemption for homeowners who build an ADU on their property.

To further spur development and construction in Anchorage we undertook a huge rewrite of Title 21, that was approved by the Assembly. The benefits of this effort are already bearing fruit – building activity is up nearly $50 million this year over 2021.

Coming into office, addressing homelessness was at the top of my list. However, it quickly became apparent that saving and rebuilding the Port of Alaska had to take precedence. With 90% of Alaskans relying on goods and food that enter port, and the port at risk of collapsing in an earthquake, I directed all available resources to confront this impending crisis.

We requested $600 million from the State to help fix the ailing cargo docks, rallied port users to support our plan, travelled to D.C. to present the case to our congressional delegation and lobby federal agency heads, and spent considerable time in Juneau during the legislative session imploring legislators on both sides of the aisle and Governor Dunleavy – who helped our cause tremendously – on the need to secure funding this year.

This work paid off, as we secured the largest appropriation ever – $200 million – for the port. The Municipality also triumphed in our lawsuit against the federal maritime administration (MARAD), that could result in winning $367 million in damages due to botched design, construction, and management failures that took place during a prior expansion project at the port.

On homelessness, it must be noted that the progress made in the last year on this issue is historic. Never have so many people come together to address this humanitarian crisis facing our city.

Through work with the Assembly and community partners, hundreds of new transitional housing units now exist that did not prior to the pandemic. These include 83 beds at the former Sockeye Inn for seniors and the medically infirm, 130 rooms at the former GuestHouse for workforce supportive housing, and 80 similar rooms at the Aviator Hotel. This fall, the Salvation Army will be reopening their earthquake-damaged facility on 48th Avenue with an additional 68 substance misuse treatment beds.

The Sullivan Arena, which was costing taxpayers $1 million a month to operate, is now closed and undergoing repairs to bring it back to its intended purpose as a sporting and community event center. Perhaps most significantly, the Municipality will be taking a direct role in the homelessness crisis with the planned opening of the navigation center this fall. This 150-bed combined shelter and homelessness navigation center will provide an entry point into the system for hundreds of individuals in Anchorage who don’t know where to start.

All these seemingly independent steps put us one step closer to addressing this community problem together.

I’d be remiss if I didn’t mention property taxes and the budget. The budget I put forward last fall was $7.5 million lower than the budget put forward by the prior administration. Furthermore, the property tax savings delivered to homeowners with average priced homes was over $560 under my budget. My commitment to reduce the tax burden on property owners remains resolute. We will continue pursuing avenues to make government leaner, more efficient, and accountable to the people, while keeping our city safe.

No mandates, shutdowns, or ill-advised COVID restrictions were issued by my office. We got the Muni – AKA taxpayers – out of the COVID testing business and by working with community partners increased the availability of testing, vaccine, and treatment clinics in our city. We kept businesses open, churches worshiping, and gatherings happening in Anchorage.

As your mayor, it is vital to hear from and meet with the people I represent. Over the course of the last year, I participated in more than 220 events and ceremonies, and 67 speaking engagements. My office is open and I’m here to listen to you.

Likewise, some of the work my team has done to connect with and build up our city include organizing relief efforts for the people of Tonga struck by the volcano; conducting multiple job fairs to provide employment opportunities to underprivileged communities; teaching financial literacy to elementary school children; engaging Anchorage youth with their local government; and starting a mentorship program within the Mayor’s Office.

These accomplishments exemplify just some of the work my Administration has undertaken the last year. Other than being a husband and father, it is the greatest privilege and honor of my life to serve as your mayor. Representing and working on behalf of 300,000 people each day is a humbling and motivating experience.

I will continue to advance policies that grow our economy and create jobs, keep property taxes low, limit government encroachment on your freedoms, protect life and property, and put people first.

Thank you for your trust and prayers.