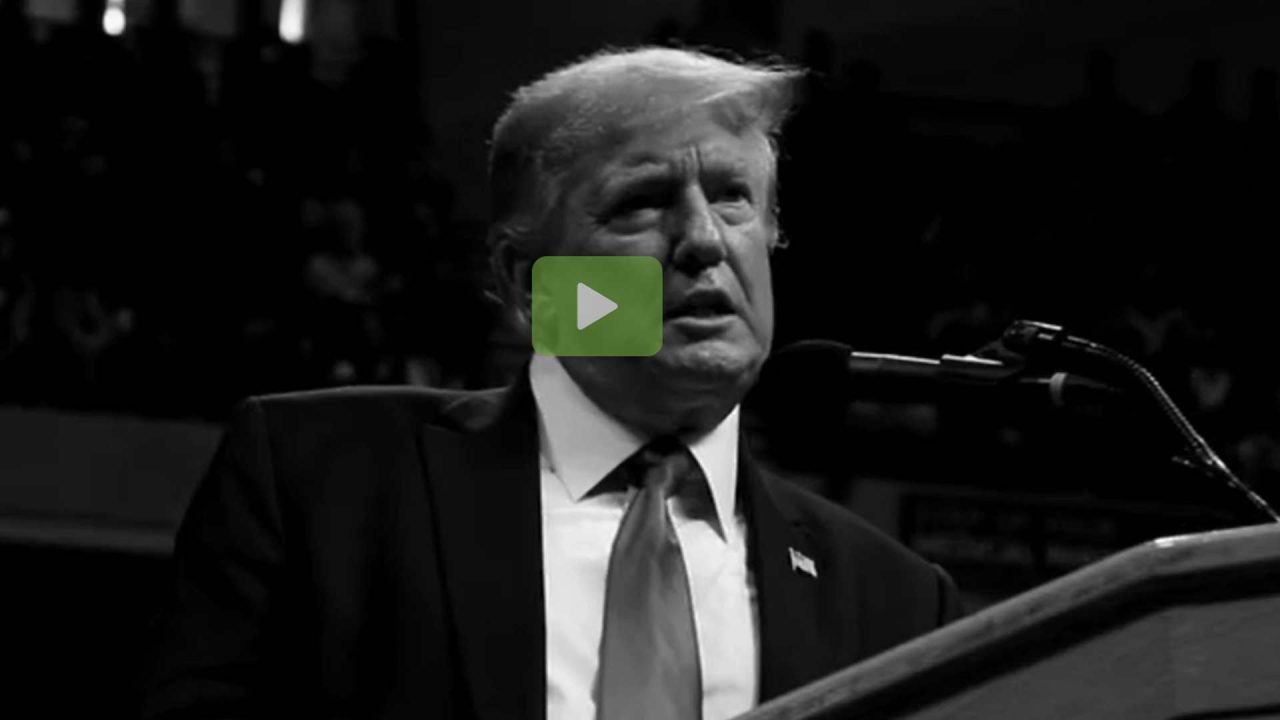 In the hours following an unprecedented FBI raid on his Florida home, former President Donald Trump posted an ominous, defiant and powerful video that utilizes portions of the speech he delivered in Alaska last month.

The video, “A Nation in Decline,” shows Trump at the July 9 rally in Anchorage where he spoke for an hour and a half to a packed crowed at the Alaska Airlines Center.

One portion of the speech, towards the end of his talk, was particularly poignant, and this section was used for the short video.

With inspirational music playing in the background, Trump proceeds to list the many ways that Biden’s administration has weakened and marred America.

The video ends, however, with Trump beckoning the nation back to greatness.

He adds that American will not bend and will not break.

“We will never give in, we will never give up and we will never ever back down,” Trump said. “As long as we are confident and united, the tyrants we are fighting do not stand even a little chance. Because we are Americans and Americans kneel to God and God alone, and it is time to start talking about greatness for our country again.”

This portion of Trump’s talk was delivered at the end of his Anchorage speech and was met by thunderous cheers.