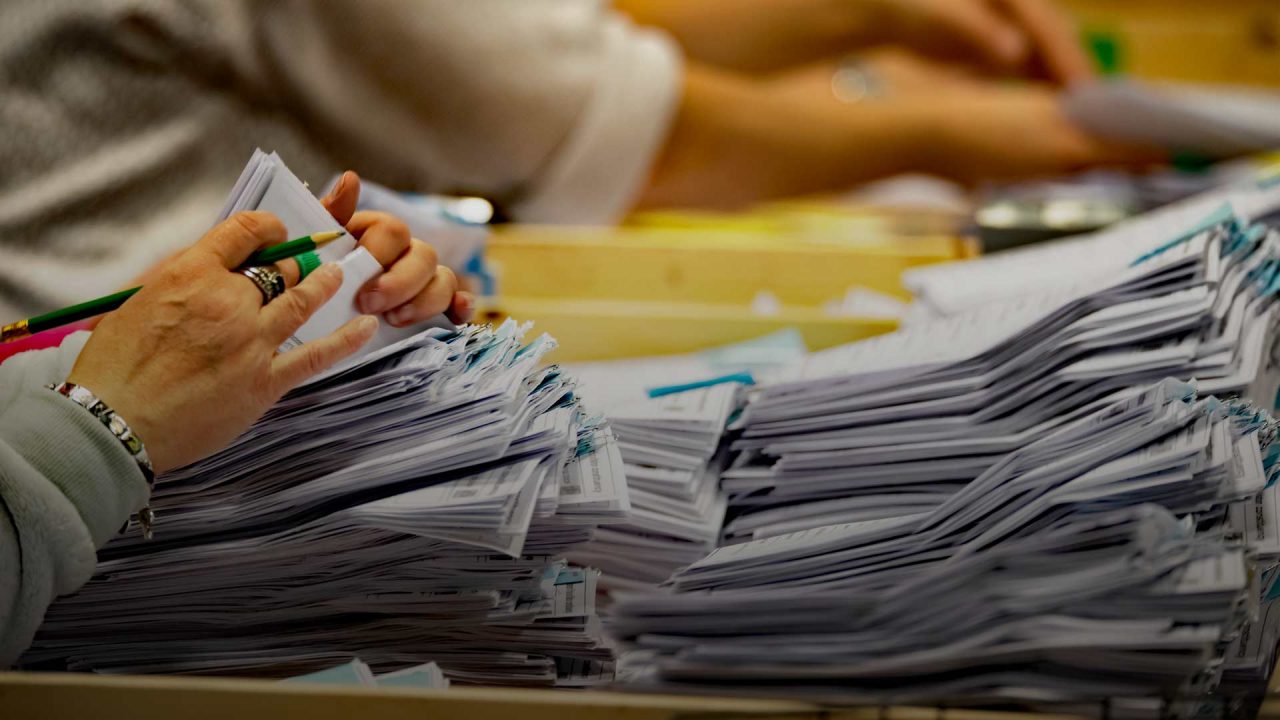 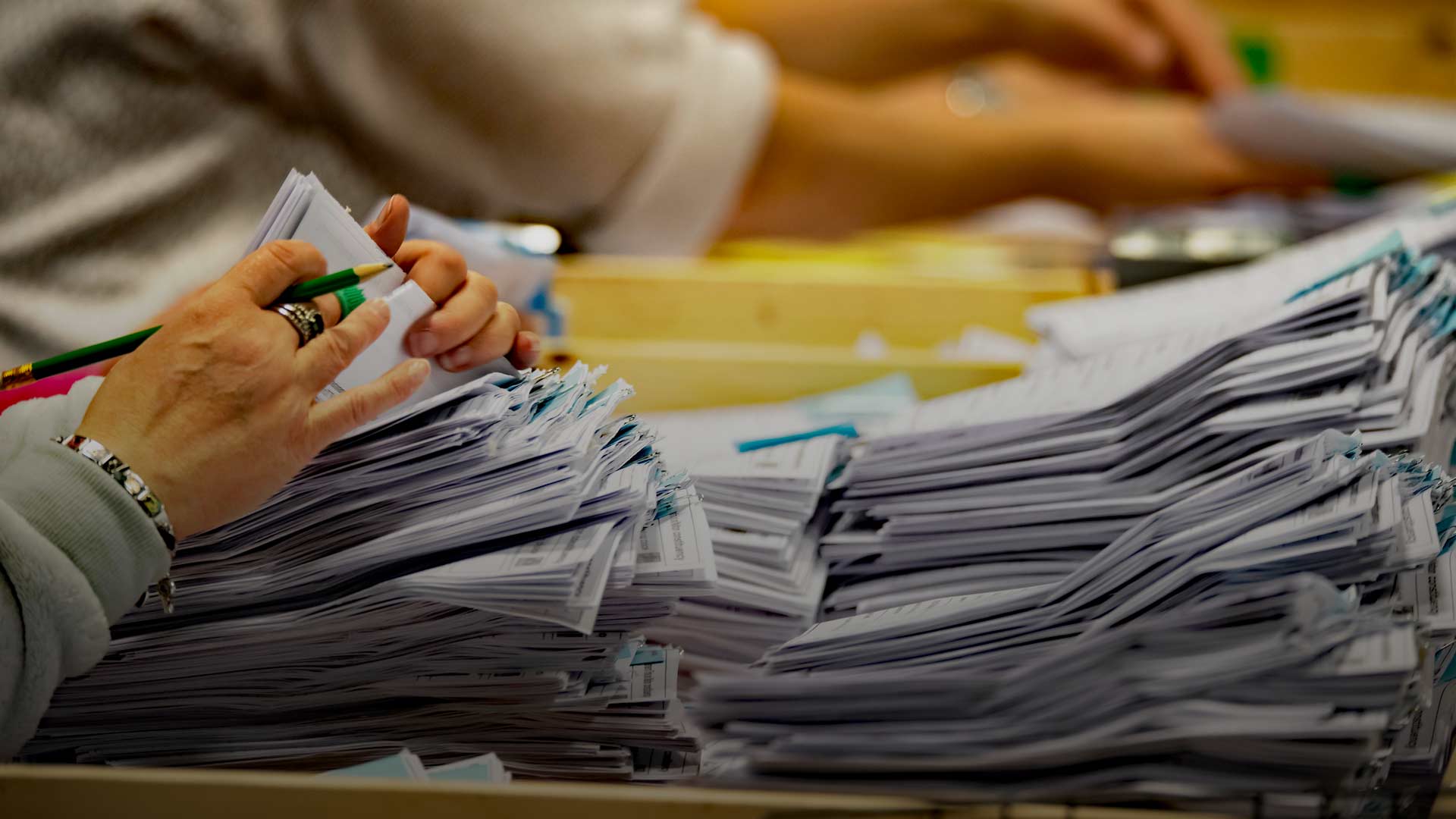 He’s part of an coalition of concerned citizens who want to do away with Dominion voting machines for all borough assembly and school board elections, as well as ballot questions that may be posed to area voters.

On Aug. 17 Endle and other hand-count advocates will give a detailed presentation at the Mat-Su Borough Assembly meeting to demonstrate exactly how their proposal would work. They first raised the issues at last month’s assembly meeting where roughly 25 people testified in favor of ditching Dominion voting machines.

For now, their efforts are narrowly tailored for local borough elections, but Endle said he hopes the Division of Elections will eventually follow suit and switch to hand counting across the state.

“We’re hoping that the state picks it up, but we also realize that there is ranked-choice voting, where you have to deal with all sorts of other factors,” he said. “We hope ranked-choice voting goes by the wayside, but for now we’re just focused on Mat-Su elections. That’s the only place we can make a difference.”

Endle said he and others gave presentations to Gov. Mike Dunleavy and Lt. Gov. Kevin Meyer prior to the 2020 election in an attempt to convince them to abandon purchasing and using Dominion voting machines.

Endle points to the fact that the Division of Elections already hand counts ballots in 130 precincts around the state.

“We tried and we just got crickets,” Endle said.

Despite the state’s rejection of their ideas, a group of Mat-Su residents began working on a regional approach to election reform.

The current strategy is to focus efforts at the most local level, where change is more likely.

Endle challenged those who say hand-counting is too difficult to pull off, or that there aren’t enough poll workers to do manual tabulations. He noted that the Division of Elections already hand counts ballots in 130 precincts around the state.

“To say that it can’t be done is not true,” he said. “It’s already being done. To say that the Mat-Su can’t do it – we have more people than those precincts, so we certainly can get the resources to do it.”

“When you cast a ballot and put the ballot in the machine, you don’t know what happens after that, and there is no transparency,” Endle said.

The biggest issue is the amount of time people have to spend volunteering on election day, Endle said. To address this, his group is recommending shorter, eight-hour shifts, which might draw in additional workers, who wouldn’t otherwise be able to commit to work a 16-hour a day.

“We suggest having additional poll workers once the polls close,” he said. “Put on some coffee and bring a fresh crew in to do the counting.”

Even if the borough needs additional election workers, Endle said the overall expense wouldn’t be any more than it is already. Currently, the borough pays more than $72,000 to lease Dominions voting machines from the state. That cost would be eliminated under the hand-count approach. Plus, the borough could save some time by not having to test, set up and take down the Dominion voting machines.

Endle and others are pushing for taken hand-counted ballots because they don’t trust Dominion machines.

“When you cast a ballot and put the ballot in the machine, you don’t know what happens after that, and there is no transparency,” Endle said. “We just have to trust those people who say everything is okay. Well, we’ve seen nationally that there are issues with these machines.”

Endle, who has spent 20 years working in the internet technology field, will present the formal hand-counting proposal to the Assembly on Aug. 17.

Some of the main suggestions include:

— Tallying one entire ballot before moving on to the next ballot

— Reading each vote aloud with the serial number of the ballot

— Letting candidate representatives see and hear the tallying of all ballots

Also, on the assembly agenda that night is a resolution by Assemblywoman Dee McKee, which would direct the borough clerk to verify each election with a hand count after the machine counts have been tabulated.

— Those who wish to address the Assembly will have an opportunity at the meeting. Written comments can be sent to assembly members at leg.com@matsugov.us.

— Those who wish to comment by phone should call 1-855-225-2326. You will hear “Joining conference” when upon being admitted to the meeting. You will be automatically muted and able to listen to the meeting. When Mayor Edna DeVries announces audience participation or a public hearing you would like to speak to, press *3. You will hear “Your hand has been raised.” When it is your turn to testify you will hear “Your line has been unmuted.”  State your name for the record, spell your last name, and provide your testimony.

— Those who wish to observe the meeting can do so via live stream video here.