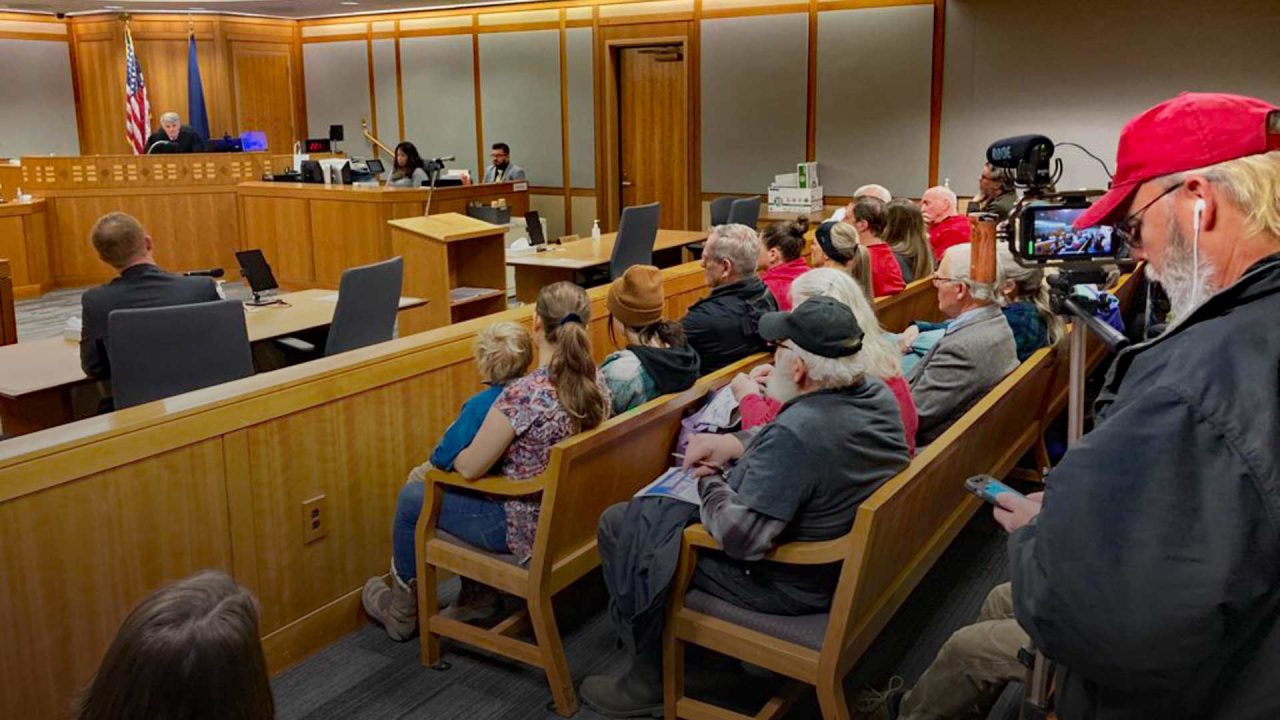 Rep. Eastman: The Left aims to silence those who oppose their shifting ideological whims 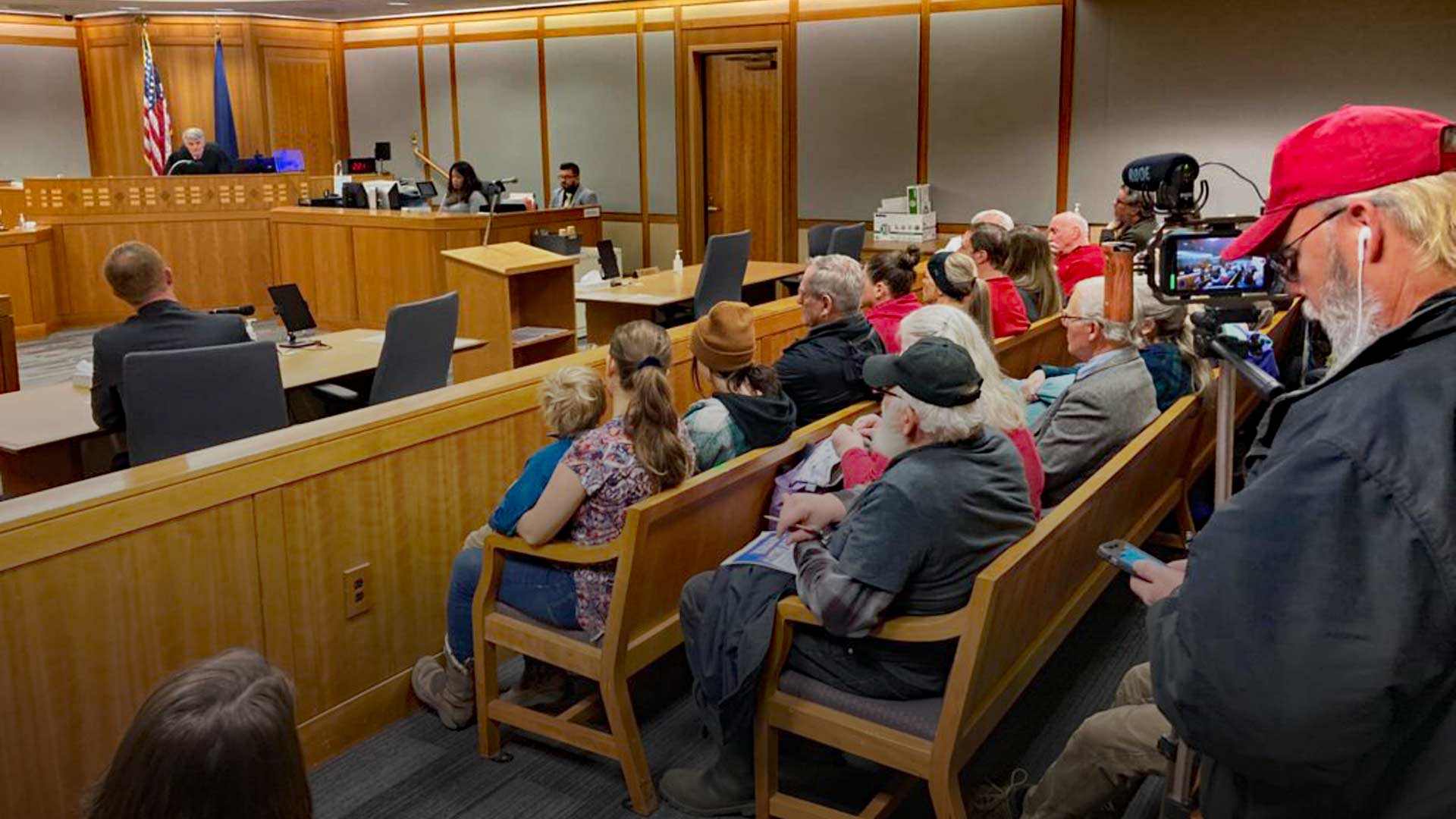 The plan for those who don’t subscribe to the ever-changing ideological orthodoxy of the Left hasn’t changed much since the days of Lenin.

To dissent from its core dogmas is to lose your place in society. And because that orthodoxy is ever evolving, no deeply held conviction is ever truly “safe,” as one feminist group in New York recently discovered when their event highlighting five “Canceled Women” was itself canceled by the New York Library. Every conviction, no matter how sincerely held, bears the risk of one day being cancelled by the Left.

Many who were reluctant to line up for injections last year (or who were simply reluctant to supply that information on demand) got a taste of this.

To one segment of society, religious objections didn’t matter.

The fact that you already possessed natural immunity and didn’t need it — didn’t matter.

Skepticism based on your own peer-reviewed research — wasn’t considered a valid objection.

To the Left, individual rights, including conscience rights, are only to be respected when exercised in the furtherance of societal goals (the chief of which is always more power to the Left).

If you dissent from these societal goals, no matter how incoherent they may be, you will be marginalized. You will be ostracized. Even your livelihood will be considered fair game if the threat of losing it can be used to bring you (or your neighbor) to heel.

Your right to defend yourself in court won’t fare any better than your right to keep your job or honor your religious convictions.

Your right to vote, to be represented in government by someone who holds your same views, will likewise be forfeit if those views clash with the imposed dogma.

This is what awaits “deplorable,” non-woke Americans.

And remember, that dogma can turn on a dime. One day you are encouraged to dine out and hug a stranger to fight racism. The next you are told to lock down — but attending BLM protests is always ok.

Your measure as a citizen will be the extent to which you can accommodate yourself to the changing narrative. A citizen who does not comply (or can’t) will have no rights in this brave new world.

While Alaskans focus their attention on next week’s elections, the Left has already launched an attack in court to make one election irrelevant, and to change entirely the way that future elections are conducted in Alaska.

Ask me how I know this. For the last six years, no one in the Alaska Legislature has dissented more strongly, or more consistently, from left-wing dogma than I have. I vote against woke nonsense every time it comes across my desk, and I don’t apologize. And with the State House under Democrat control for the last six years there has been a lot of woke nonsense.

I’ve stood against every attempt to inject race into state law, even when it meant standing alone. When Democrats sought to sideline Columbus Day for Indigenous People’s Day, I voted no. When there was a move to classify Vietnam Veterans based on race, I voted no. When a bill came forward to recognize some veterans, and ignore others, based on the color of their skin, I voted no.

Sometimes the ask is simply to look the other way and ratify the lie. When Democrats sought to memorialize Byron Mallott as a “noble” and “extraordinary leader,” a “visionary,” I was one of three legislators who voted no. I was accused of being a “racist” simply for voting no.

In the economy of the Left, dissent is an existential threat. It is interesting to watch how they have responded.

First there was talk of a recall, and then a public campaign by the Party of Socialism & Liberation and the Democratic Party to have me expelled from office.

Now I am being sued by a left-wing law firm who wants to label me a subversive American and prevent the ballots in my race from counting.

While Alaskans focus their attention on next week’s elections, the Left has already launched an attack in court to make one election irrelevant, and to change entirely the way that future elections are conducted in Alaska.

In this case, the judge has green-lighted the suit against both me and against the Division of Elections, even though neither of us have violated a law…

The name of the case is Kowalke v. Eastman, and if you thought ranked-choice voting would upend Alaska elections, those behind this particular lawsuit want to make even bigger changes. Bill Walker’s former chief of staff, Scott Kendall, is supporting this effort as well. For those watching this train wreck about to happen, I have two words: Buckle up.

Up until now, the Alaska Division of Elections has been empowered to disqualify candidates only based on objective criteria; specifically, date of birth, citizenship, and length of residency. Court cases on these issues have been few and far between. They are fixing to change that.

This lawsuit asks the Division of Elections to begin disqualifying candidates based on the inherently subjective criteria of a candidate’s political allegiances (and the political groups they associate with). If you are saying to yourself that no judge would ever open that Pandora’s Box, the judge in this case just decided that the state now has a legal obligation to do exactly that.

The reason the Division of Elections has never done this before is sound, both legally and practically.

Legally, while there is a prohibition on subversives working in government, there is no prohibition against a candidate running for office who belongs to even the most disfavored political party. Under the Alaska Constitution, you can advocate for communism or monarchy as much and as strongly as you like and still have the opportunity to compete with other candidates for votes on Election Day (though I wouldn’t recommend it). No matter who you are, you will of course have to come to terms with the Constitution and publicly acknowledge its supremacy before taking office.

Many Alaskans will not pursue office under such circumstances. Who can blame them?

Practically, it’s also a sticky wicket to have a state agency making decisions concerning anything as subjective as determining an individual’s political allegiances. No matter what the decision is, there is a good chance of it being appealed to the courts if the outcome of an election is at stake. Plus, any court battle will be taking place during an election campaign, which creates further incentives to tie up the other party’s candidate in court proceedings.

As the Department of Law pointed out, one especially troubling aspect of this case is that it opens the door to sue parties who have never violated a law. In this case, the judge has green-lighted the suit against both me and against the Division of Elections, even though neither of us have violated a law or been charged with a crime.

The complaint against me is that I won an election and am currently serving out my term. Likewise, as a candidate, I am not being sued for a campaign violation, but simply for the act of campaigning while engaged in wrongthink (demonstrated by my refusal to condemn a disfavored group that the January 6th Committee is now prosecuting…I mean investigating).

In another time and place, prosecutors might have first waited for an organization to begin actually proselytizing about the need to overthrow the government before accusing it of doing so and the media trying to label it as a subversive organization. Goodness knows, some of those who have been leading the effort to expel me for the past two years have been loud and proud about the fact that “Capitalism cannot be voted out of power” and that the only solution is to overthrow the government:

“Only a revolution can do away with the rule of the capitalists once and for all.”

“The standing army and police must be disbanded and replaced by the armed people, organized in workers’ defense councils.” – Source: PSL Official Website

They even boasted about their effort to expel me on Communist News.

I hope you understand if I don’t readily accept the argument that, in order to save the Constitution, I must be removed from office for “supporting the violent overthrow of the government” when that argument is being made by individuals who are publicly committed to overthrowing that same Constitution through a violent revolution.

Maybe, just maybe, a more plausible explanation is that these types of groups would like to see me removed from office because they would prefer the Constitution to be overthrown and, as someone loyal to that Constitution, I am one of the people currently standing in their way. Just maybe.

The truth is, if prosecutors had waited for the Oath Keepers to begin publicly proselytizing for the overthrow of the government, this case would never have gotten started because, unlike some of these other groups, the official Oath Keepers website and bylaws explicitly prohibit such advocacy, without exception. But sure, it makes for a good soundbite that a Republican legislator is committed to the violent overthrow of the government.

How can you truly be a part-time legislator if simply filing as a candidate for office opens you up to being sued at any time, deposed under oath by your political enemies, and instructed to turn over literally thousands of personal emails to the very people who are hoping to defeat you in the current election?

Many Alaskans will not pursue office under such circumstances. Who can blame them?

And that seems to be the idea. If the Left can use threats of lawsuits to keep some conservatives from running for office, and move elections like mine from the ballot box to the court room, that is fewer candidates they will need to run against on Election Day. Remember, the vision being pursued today is one where you, as a conservative, do not deserve to have someone carry your voice and your deplorable views into elected office.

At present, I am the only public official in court defending the results of my 2020 election, and the results of the recent August primary in the Mat-Su. You may be surprised to learn that there is no state agency tasked with defending your legislator if they are sued for simply serving in office.

Obviously, the outcome of this lawsuit will impact me personally. But if you think that those on the other side of this lawsuit will be satisfied with simply suing me, and that they wouldn’t love to turn around and use this suit as a springboard to sue other public officials and candidates, I believe you underestimate their resolve in silencing conservative voices.

I didn’t file this lawsuit, but I will ask for your help in putting an end to it. Help us close the door on those who would use the courts to go after candidates and public figures who have committed no crime. Help us do battle in the courtroom to prevent the Division of Elections from being weaponized against candidates based on their political convictions (either real, or imagined by their opponents).

I would ask you to visit www.DavidLegal.org and please give as generously as you can to enable us to fight against this rather brazen attempt to take an election out of the hands of Mat-Su voters and put it in the hands of a judge in Anchorage. Thank you.