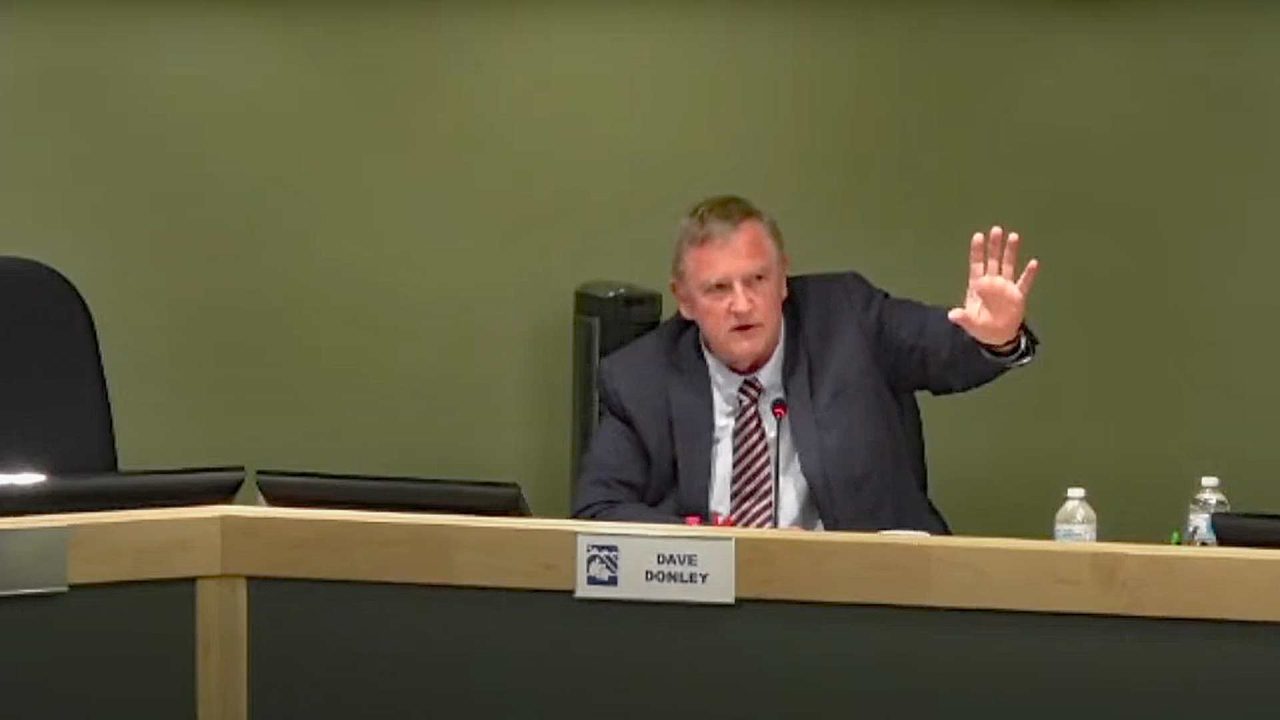 Anchorage School Board Member: District must be held accountable, before seeking more money 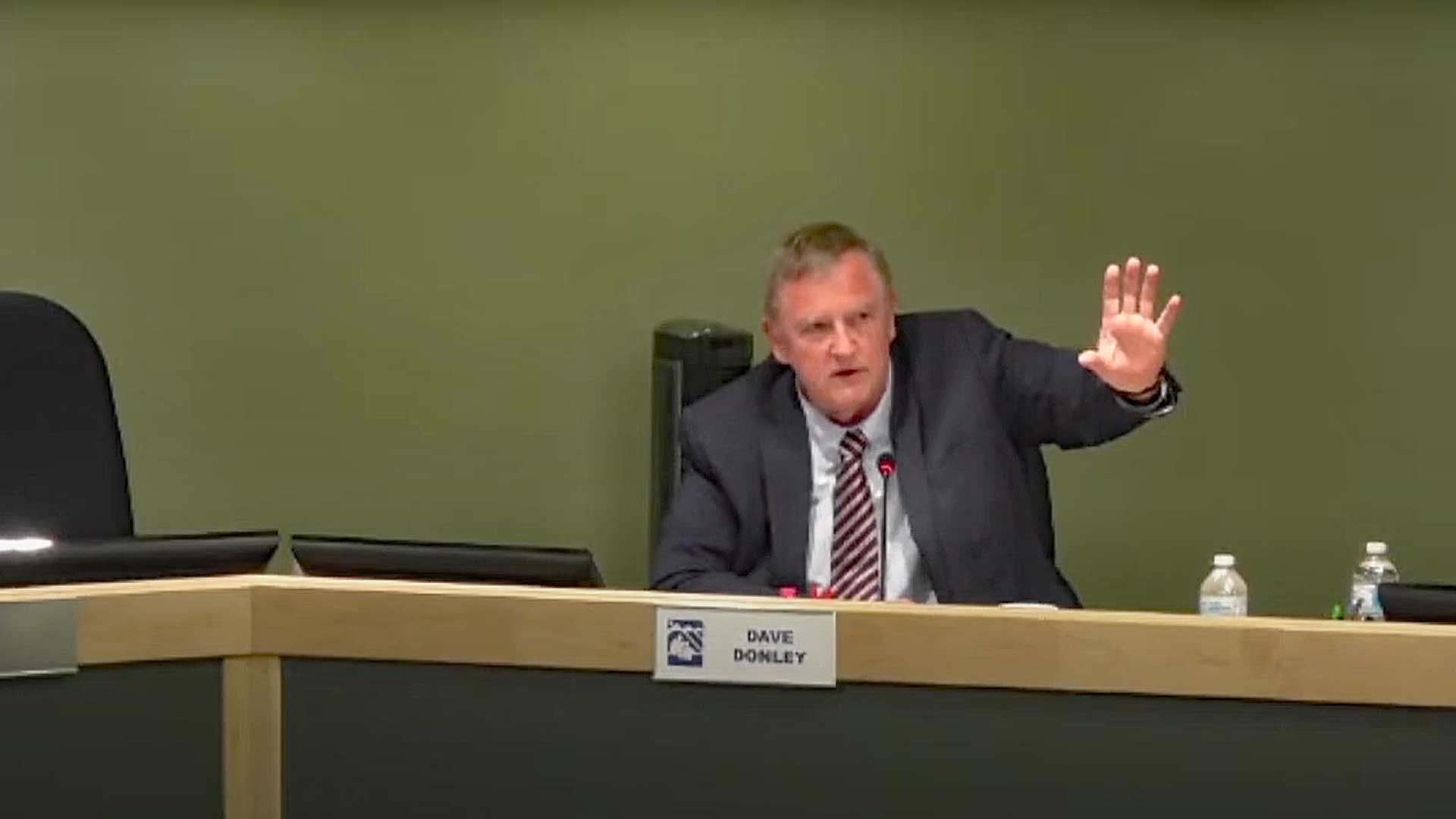 The Anchorage School District, which has been mired in disastrous student educational outcomes over the past several years, should not ask state lawmakers for increased state funding without first being willing to demonstrate accountability for the millions it already spends.

This was the message that School Board Member Dave Donley emphasized during the closing moments of the Nov. 15 school board meeting.

Donley’s comments came after several other board members urged the public to join them in lobbying state legislators for money as the district faces a $68 million deficit and the prospect of closing schools and laying off teachers.

“I really think what’s missing from a winning strategy to seek an increase in state funding for Alaska’s schools is to find ways to be more accountable for the spendings that district [already] do,” Donley said.

Facing a rapidly shrinking student population, a growing exodus to homeschool and private education, and dismal reading and math scores, the district is now scrambling to balance its budget.

In addition to enacting a longer school day, Donley said the district should return to traditional reading and math curriculum that have proved successful in past decades.

“I would also start with returning to proven, successful curriculum such as Spalding Reading and Saxon Math that are providing superior results in some of those schools, here, in this very district that are allowed to utilize those curricula,” he said. “Those are curriculums that made this district really successful 20 years ago, before the mandate of Common Core in this district, and the math that has been failing us for the last 16 years. Saxon Math works.”

Donley also took issue with the district advancing students to the next grade level when they have clearly failed to master their academic material.

Donley said he speaks with retired teachers who frequently ask him what happened to the traditional curriculum.

Donley advocated a return to surveying teachers to determine what curriculums work best at instilling basic reading and math skills.

“That was all taken away from this community about 16 to 20 years ago,” he continued. “We ought to go back to that system rather than have a specially appointed committee that was stacked in this last process against the math that was successful. We had over 30 members on the math curriculum committee, that are appointed by the superintendent, and not a single one of them was a Saxon Math teacher. Not one.”

Despite the fact that Anchorage students are among the lowest performing in reading and math, the district is unwilling to even consider more traditional approaches to teaching these subjects, Donley noted.

He pointed out that the math committee wouldn’t even approve a Saxon pilot program.

“And the only excuse that was given by that committee at that time was that Saxon was not Common Core enough,” he said. “And yet it is succeeding.”

Donley also took issue with the district advancing students to the next grade level when they have clearly failed to master their academic material. He said the district needs to work with parents to establish “non-advancement” protocols for students who are below their grade levels for reading and math.

He said the district hardly ever holds students back, even if they are not capable of reading or doing math at the next grade level.

Additionally, Donley recommended pinpointing exactly which classrooms are most unsuccessful in teaching reading and math, and to address those on a case-by-case basis.

“When I was first elected to this board, I asked, ‘How many students – in example third grade – were not advanced to fourth grade,” he said. “There was over 3,000 of those students and only four were held back. Now we know that there were a lot more than four kids that were not capable of doing math or that level of reading. And third grade is really essential for kids to be able to read going into the future.”

While the district now has a policy that allows it to hold students back, Donley said it needs to be invoked and utilized effectively. This will serve to keep the district accountable so children can get up to speed, he said.

Before the district asks for more state funding, it must take these types of meaningful steps, Donley added.

Additionally, he recommended pinpointing exactly which classrooms are most unsuccessful in teaching reading and math, and to address those on a case-by-case basis.

“Figure out what’s going on in those classrooms and get those students the services they need to be successful,” he concluded. “That’s accountability.”

Donley’s speech did not go over well with School Board President Margo Bellamy.

Moments after Donley’s address, she said the board needs to discuss how to deal with the board comment section of the meeting.

“Because, you know, it seems like we’re – I don’t know what we’re doing but – not that anything is not important, but for the information that you need, we need and the processes that we use, I think that we should be assessing those,” she said. “Everything does not have to become a public disagreement or misunderstanding.”

Bellamy remained silent on the issue of accountability as she then turned her attention to the public in attendance. She doubled down on the message that the district simply needs more money, across the board.