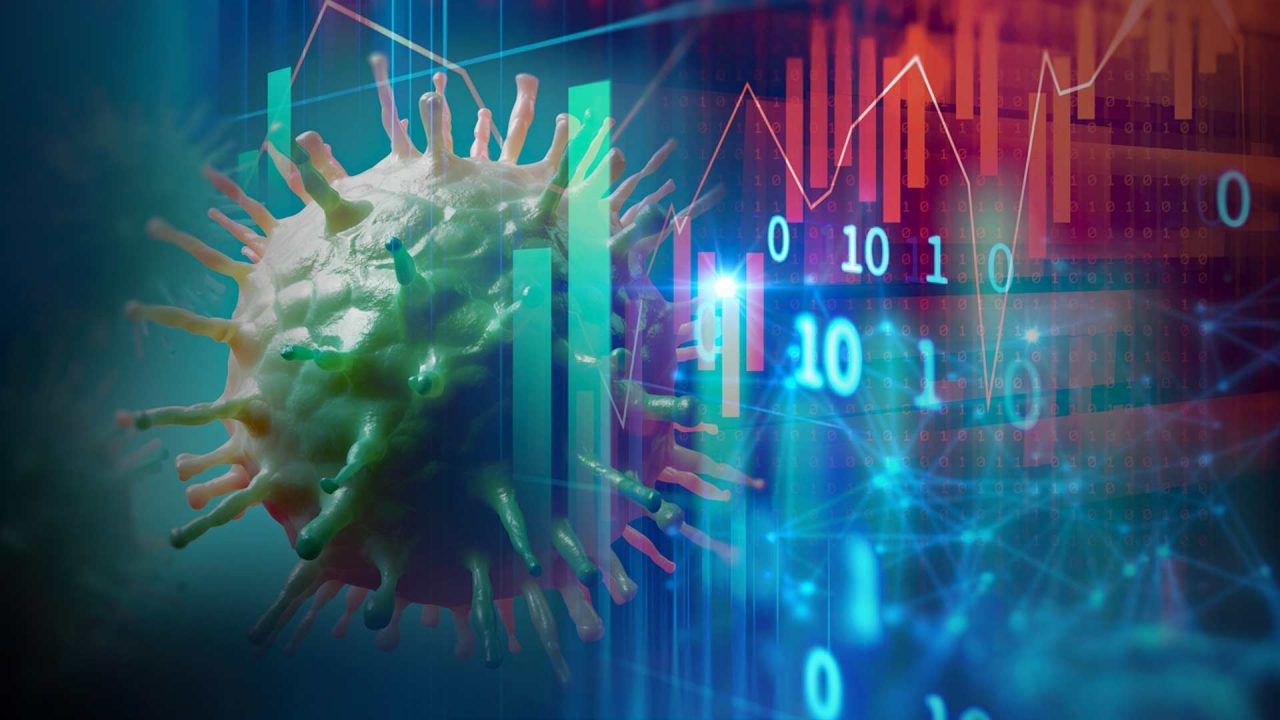 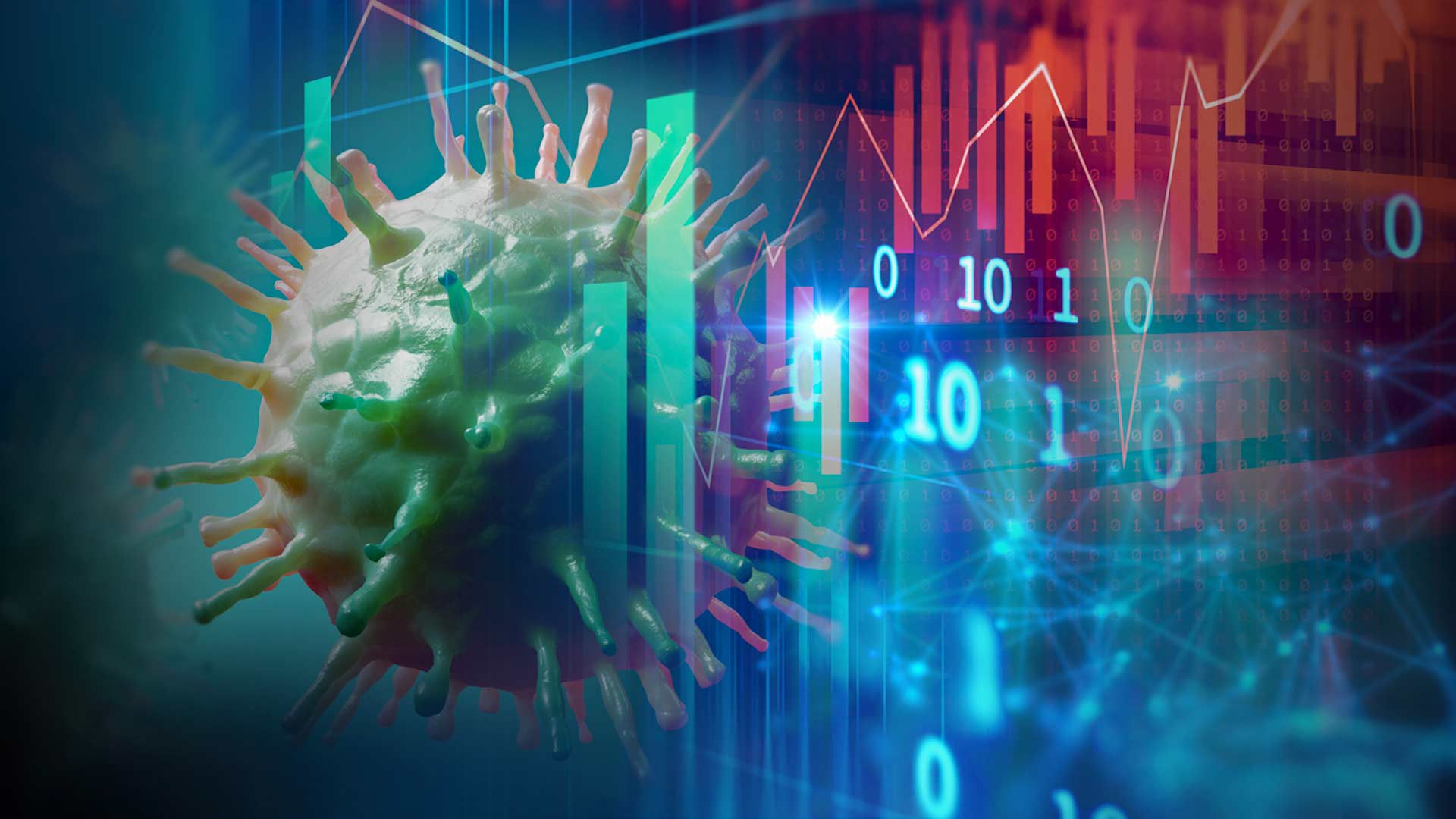 By now, most Americans have been inundated with information on Covid but the actual facts are still nearly impossible to determine.

Or do you believe those who have pushed back against the federal, government’s version of the virus’ origin? Why has there been no open dialogue in the health care community about this virus, as there normally has been for past viruses?

Initially out of fear, many Americans took either the Pfizer or Moderna vaccinations. The government told Americans to get the jab, or they may die, or they could infect their elderly relatives, who could perish. Many were threatened with loss of their jobs.

Yet very little was known about this virus. Americans only knew that their government and mainstream media said they should be very afraid.

The risk of Covid mortality increases with age, but the overall risk is about the same as a standard flu season.

And Americans were afraid. After all, loved ones died alone in hospitals. The public trusted and believed the health care community.

Sen. Ron Johnson (R-WI) convened a panel of health-care experts, “The Second Opinion,” to discuss the vaccine side-effects, early treatment protocols and the long-term effects of the vaccine. The first meeting was this past January, and the second meeting was held last week.

Sen. Johnson led the discussion, “COVID-19 Vaccines: What They Are, How They Work, and Possible Causes of Injuries,” to shed light on the current state of knowledge surrounding the vaccine and the path forward. Medical experts and doctors who specialize in Covid-19 vaccine research and treatment joined him, including Dr. Robert Malone and Dr. Peter McCullough.

Virology experts explained that because this virus is constantly and rapidly mutating, we are chasing a different virus with the same mRNA vaccine. That is not effective medicine, they said.

Those alpha and delta viruses no longer exist. Even the omicron mutation morphed into a different form.

But the government won’t admit that its vaccines are ineffective at stopping the new virus variants or preventing viral infection.

Many people are dealing with the side-effects of the vaccines. The federal government has not messaged this at all. Instead, vaccine injury appears to be a secret between it and Big Pharma.

But there is available information in the V-safe database. This database has a checklist for you to fill out. The checklist should contain all the adverse reactions from vaccines. But it doesn’t. It doesn’t even include myocarditis, which is a major known side-effect, especially for teenage boys.

The federal government only wanted side-effects following a one-week post-injection period. It did not want any data on longer side-effects.

The data shows that 7.7% of those who were vaccinated needed medical care for some effect from the jab. That is one of every 13 persons.

Dr. Harvey Risch, Professor of Epidemiology at Yale School of Public Health, said the risk of Covid mortality increases with age. But how bad is the risk?

This graphic shows that risk based on age. Underlying conditions, such as diabetes, lead to higher mortality. But Dr. Risch stated the overall risk is about the same as a standard flu season.

There was no information from the Centers for Disease Control and prevention on early treatment of Covid. Why didn’t the CDC recommend early treatment options including off-label drugs such as Ivermectin, hydroxychloroquine, Vitamin D3, steroids, etc?

Big Pharma teamed up with government bureaucrats to control the conversation and define early Covid treatment as misinformation. That early treatment would have saved thousands of lives according to Dr. Pierre Kory, president of the US Frontline Covid-19 Critical Care Alliance.

Dr. Kory, who is a pulmonary specialist from Aurora St. Luke’s Medical Center in Wisconsin, said that at the start of this pandemic the government recommendation to those who became infected with Covid was to simply stay home and take Tylenol until “our lips turn blue.”

“We’re not allowed to treat patients with safe, effective, cheap, repurposed drugs,” Marik said. Instead, the hospitals were in favor of Big Pharma control.

“We are telling the world this is the solution to COVID-19,” said Kory, speaking of early treatment, use of Ivermectin, Hydroxychloroquine, and other treatments that reduce the severity of the virus early.

No effort was made to provide off-label use for drugs that have worked in the early treatment of other viruses. In fact, drugs such as Ivermectin and Hydroxychloroquine seemed to have been anathema for the mainstream healthcare community.

Dr. Paul Marik, renown pulmonologist, (formerly professor of Medicine and Chief of Pulmonary and Critical Care Medicine at Eastern Virginia Medical School) said Western doctors should have adopted these drugs starting in March of 2020. That alone would have saved hundreds of thousands of lives, he said.

“We’re not allowed to treat patients with safe, effective, cheap, repurposed drugs,” Marik said. Instead, the hospitals were in favor of Big Pharma control.

Dr. Marik said that 40% of drugs used in hospitals are off-label drugs. That’s OK for a variety of illnesses, it was not OK for treating Covid.

Discussion concerning vitamin D3 and its use at helping to protect people from severe Covid was not allowed by the medical establishment.

As a practicing pulmonologist, he was not even allowed to give Vitamin C in the hospital to assist in Covid treatment. The only drugs he was allowed to use were FDA-approved drugs.

Furthermore, any discussion concerning vitamin D3 and its use at helping to protect people from severe Covid was not allowed by the medical establishment.

Dr. Paul Alexander, an expert in evidence-based medicine, said studies were done in countries that rapidly vaccinated all age groups. These studies showed the more Covid vaccines were given over a short period of time, the more increased negative efficacy. Those vaccinated are being infected repeatedly.

If society keeps vaccinating for Covid, it will increase the amount of Covid and increase infections, he said. If the country had not vaccinated in this way, it probably would have herd immunity, making Covid no longer an issue.

Dr. Janci Lindsay, who has her doctorate in biochemistry, expressed concern about where the gene therapy (mRNA) goes when injected into an arm. Initially, scientists said it would stay in the arm.

Dr. Lindsay stated these gene therapies should not be used in reproductive age people. Watch the presentation at this link.

Linda Boyle
Linda Boyle, RN, MSN, DM, was formerly the chief nurse for the 3rd Medical Group, JBER, and was the interim director of the Alaska VA. Most recently she served as Director for Central Alabama Healthcare System. She is also a member of Alaska Covid Alliance.