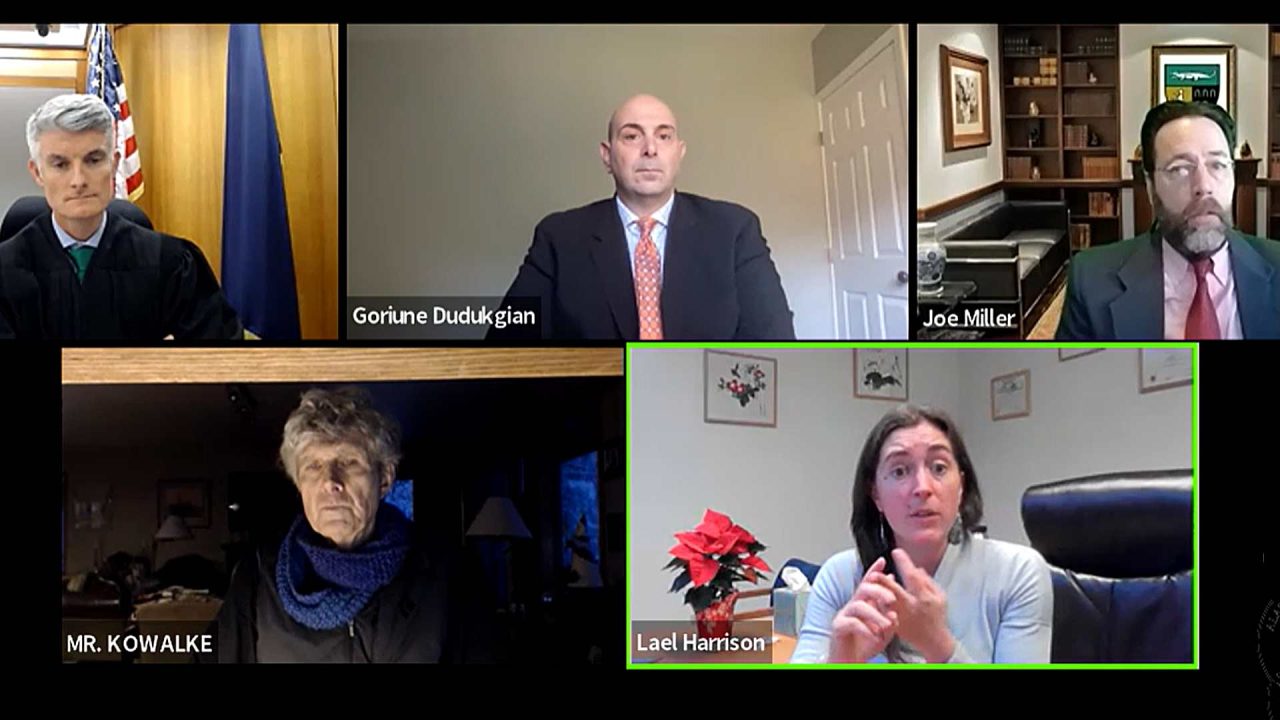 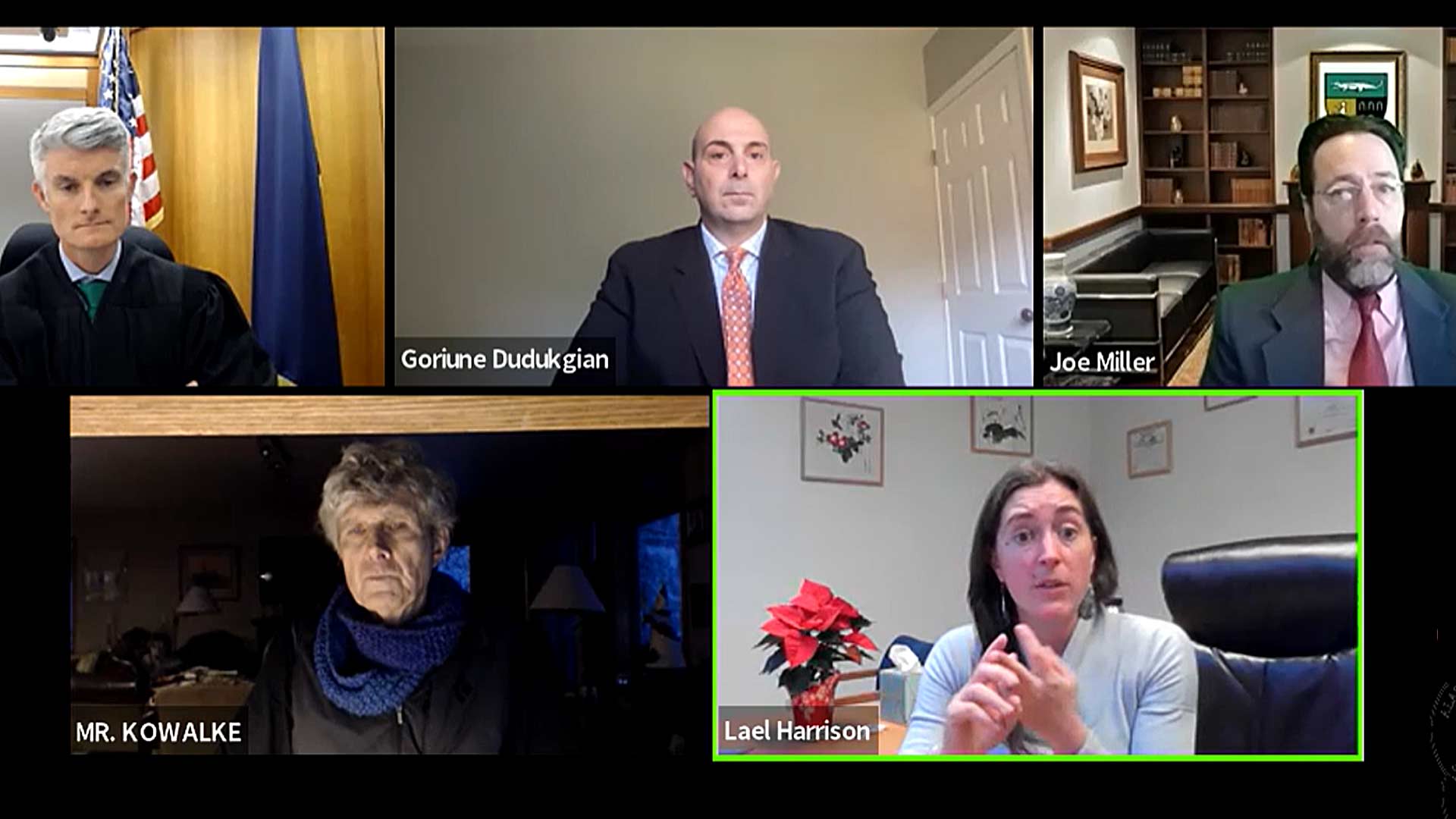 Anchorage Superior Court Judge Jack McKenna denied a request by Alaska State Rep. David Eastman (R-Wasilla) to dismiss a lawsuit aimed at disqualifying him from holding public office due to his affiliation with the national Oath Keepers organization.

McKenna’s Dec. 9 order rejected Eastman’s arguments that the judge should throw out the case because the court does not have jurisdiction to hear it, plaintiff Randall Kowalke does not have standing to bring the suit, and that the State Legislature, which is not party to the suit, is actually indispensable to the case.

McKenna’s denial of Eastman’s arguments means the trial will begin on Monday, Dec. 12, in Palmer.

Eastman was reelected to the State House for the fourth time by Mat-Su voters in last month’s general election, but his victory has not yet been certified due to McKenna’s order that the Division of Elections delay certification until after the case challenging his qualifications is resolved.

At issue is whether Eastman’s affiliation with Oath Keepers is sufficient to disqualify him from holding any public office in Alaska. The Alaska Constitution’s loyalty clause bars individuals from holding office if they belong to a group that “advocates the overthrow by force or violence of the United States or of a State.”

McKenna said Alaska’s statutes “create a role for the executive and judicial branches in administering and reviewing elections, including whether a candidate is qualified for office.”

A former Mat-Su Assemblyman, Kowalke asserts that Oath Keepers is an insurrectionist group and that membership in it violates the Alaska’s loyalty clause. His allegation hinges on the fact that some members within the larger Oath Keepers organization were involved in violence that unfolded on Jan. 6, 2021, at the U.S. Capitol. He claims there is evidence that Oath Keepers as an organization promoted this activity.

The group, however, is comprised of an estimated 38,000 loosely connected members, many of whom include law enforcement officers, first responders and military veterans. Eastman’s attorney, Joe Miller, has pointed out that Oath Keepers, as an organization – regardless of the action of some of its members – does not advocate for the violent overthrow of the government, and neither has Eastman.

In asking Judge McKenna to reject the lawsuit outright, Eastman argued that the court lacks jurisdiction to decide the case because the Alaska Constitution grants the Legislature exclusive authority to judge the qualification of its members.

McKenna, however, said that Alaska’s statutes “create a role for the executive and judicial branches in administering and reviewing elections, including whether a candidate is qualified for office.”

Next, McKenna rejected Eastman’s claim that Kowalke has no standing to bring the lawsuit because he can’t point to any specific harm and is not even a member of House District 27, which Eastman represents.

McKenna said Kowalke’s attorneys have presented the minimum requirement to at least show there is a “genuine factual dispute” over whether Oath Keepers advocates for violent insurrection.

McKenna sided with Kowalke, who claimed he had standing because “all Alaskans are empowered by statute and regulation to bring eligibility complaints, and all Alaskans have an interest that would be harmed if an unqualified individual served in the state legislature.”

McKenna’s order then rejected Eastman’s claim that that the case should be dismissed because the State Legislature is an “indispensable party to this action,” and that the court would need to order the Legislature to remove Eastman from office, if Kowalke prevails.

Since the Legislature is not named as part of the suit, Eastman said it should be tossed out.

McKenna countered with the argument that the Division of Elections has not yet certified the election results (due to McKenna’s own order) and that if Kowalke wins, the court could “order the Division to re-tabulate the results and declare a different winner in House District 27.” Additionally, McKenna claimed the court has the power to “enter a permanent injunction barring Eastman from office until such a time as he is no longer disqualified from holding public office” for violating the disloyalty clause.

McKenna’s order continued by partially granting Eastman’s request that the Alaska Constitution’s loyalty clause be interpreted and applied throughout the lawsuit in a way that is consistent with the protections afforded by the First Amendment to the U.S. Constitution.

McKenna agreed that Alaska’s loyalty clause could only be applied to speech or actions that are “not protected by the First Amendment.” He then noted that the U.S. Supreme Court has distinguished between “advocacy and teaching of concrete action for the forcible overthrow of the Government,” which is not protected, and speech related to “principles divorced from action,” which is protected by the First Amendment.”

In order for Kowalke to prevail in his claim that Eastman violated Alaska’s loyalty clause, McKenna said he must show that Oath Keepers is an organization that “advocates concrete action to overthrow the government of the United States by force or that they have actually engaged in such conduct.” Kowalke must also show that Eastman “aids or belongs” to Oath Keepers, McKenna added.

The judge’s order ended by countering Eastman’s argument that the case should be tossed because “Kowalke has not presented sufficient admissible evidence to support his claim that the Oath Keepers are an organization that advocates for concrete action to overthrow of the United States government by force.”

McKenna said Kowalke’s attorneys have presented the minimum requirement to at least show there is a “genuine factual dispute” over whether Oath Keepers advocates for violent insurrection.