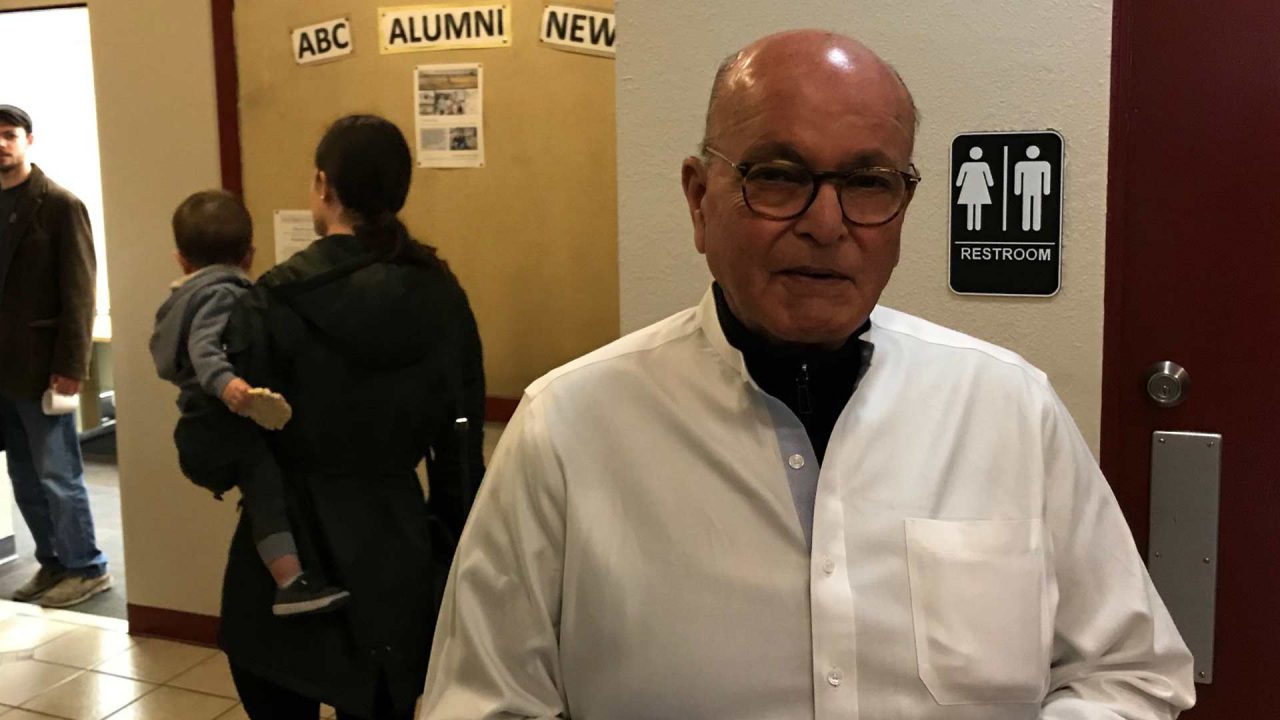 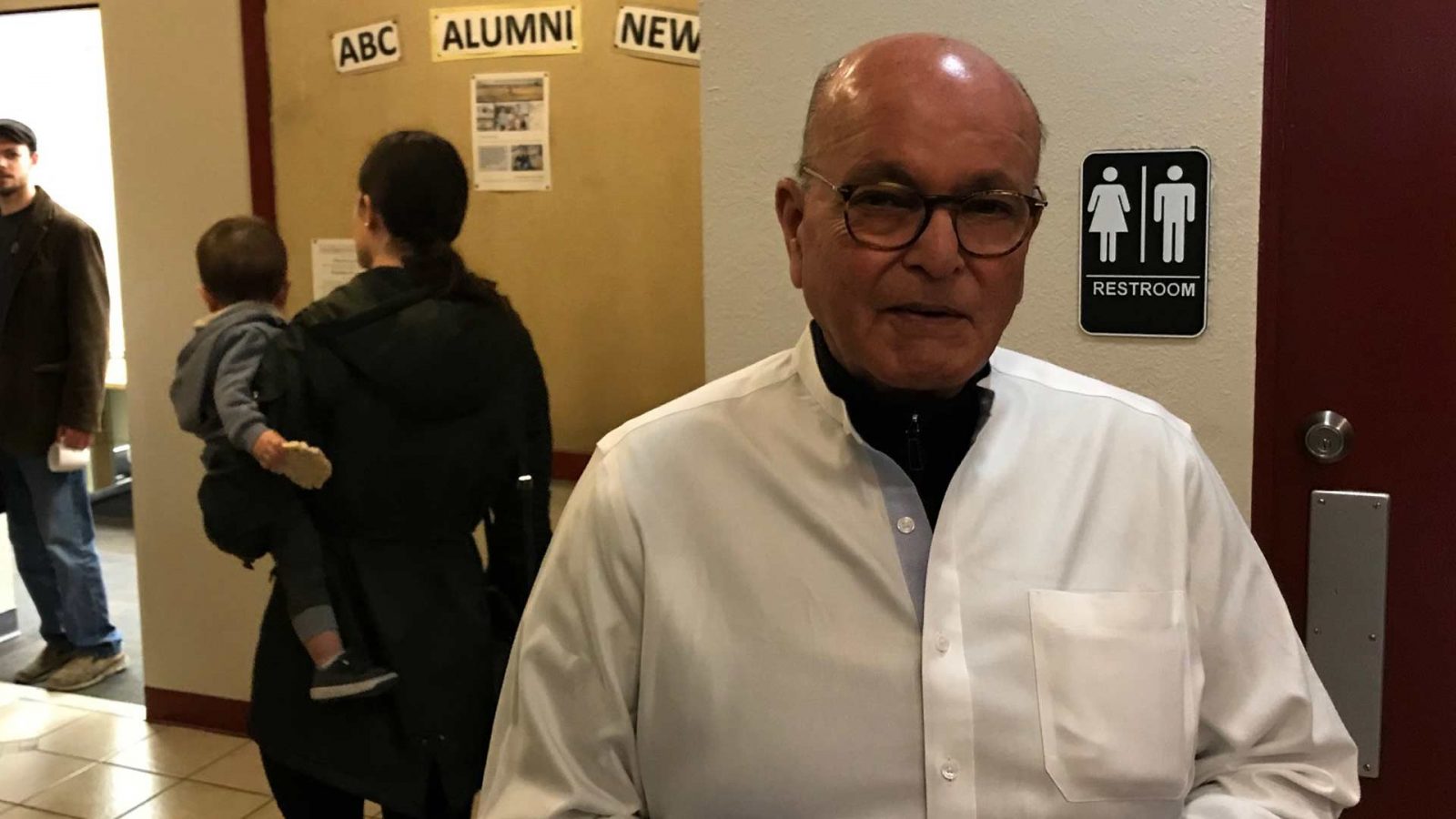 A former assassin for the late Yasser Arafat and the Palestinian Liberation Organization was in Alaska last month urging Alaskans to “wisely and lovingly” share the Gospel with their Muslim neighbors.

Tass Saada spoke at three events in Anchorage and the Mat-Su Valley, sharing his dramatic conversion from militant Islam to Christianity. Born in Gaza and raised in Saudi Arabia and Qatar, he is now an international advocate for persecuted Arab Christians in the Middle East.

“I was proud of the destruction I brought. There was no remorse,” Saada said of his time in the PLO. Speaking to students at Alaska Bible College in Palmer on Oct. 31 he said he “inflicted a lot of wounds.”

“When I wasn’t fighting the Jews, I used to go looking for Christian Arabs and throwing hand grenades in their homes or shooting up their homes, just because they were Christians,” he said. “We believed that Christians were spies for Israel and they shouldn’t exist.”

Saada left home at age 17 to become a sniper for Arafat in the late 1960s. In 1974, after years of inflicting death and destruction, Arafat granted him permission to study in the United States at the University of Missouri, Columbia. The goal was to train him for further service with the PLO but Saada eventually met and married his wife Karen, and never returned.

In America Saada encountered a wealthy Christian man, Charlie, who showed him love and respect while Saada was working as a waiter in a French restaurant. After a 19-year friendship, built on mutual trust, Charlie finally shared the Gospel one night. This was only possible because Charlie had “captured my heart” with kindness, Saada said.

“Friends, listen carefully,” Saada told the Alaska Bible College students. “You never know how God will use you when you speak words that will touch a person’s life.”

Charlie told Saada of his faith in Christ as the Son of God, and said that if Saada ever wanted true peace he would need to love a Jew – Jesus.

“For him to suggest that I have to love a Jew, he was taking a lot of chances,” Saada said. “But I am so grateful to God that Charlie was willing to tell me the truth, no matter what the cost.”

That night Saada committed his life to Christ. It was a decision that changed the course of his life.

COMBATING ‘THE HISTORY OF HATE’

For years he was the target of assassins sent from the Middle East to kill him for converting to Christianity.

“They started sending assassins after me,” Saada recalled. “It is amazing how the training I had for evil (in the PLO), God has used to help me get away when I sensed danger coming at me. I have diverted many assassins that have come against me.

Saada’s personal struggle is a microcosm of the much larger millennia-old conflict between Arabs and Jews, which Saada now devotes his life to healing.

“The history of hate goes back 4,200 years,” Saada explained, referring to God’s promise in the Old Testament to give the Promise Land to Abraham’s son Isaac instead of Ishmael, the son he conceived through his maidservant Hagar. Muslims, however, believe it was Ishmael and his descendants – the Arabs – who are the rightful heirs to the Holy Land.

While a lasting resolution between the two groups may seem impossible, Saada said Christians must be tireless advocates for peace.

“God is counting on us to bring peace between people, whether it is in your community or thousands of miles from here to the Middle East,” he said.

He urged Alaskans to pray for Middle East Christians and to consider traveling to the Holy Land to share the Gospel.

“Many thousands of Muslims are being met by Jesus himself, personally and, converting to Christianity like myself,” he said. As this happens, “our hearts change towards Israel and the Jews.”

Saada recognized that many Alaskans will never travel abroad as missionaries.

“So God is sending thousands of Muslims over to your lands to bring them to Christ,” he said. “I don’t know if you have many Muslims now, but I guarantee you they will be coming.”

He encouraged Alaskans to read his book, “The Mind of Terror: A Former Muslim Sniper Explores What Motivates ISIS and Other Extremist Groups (and how best to respond),” in order to learn how to share the Gospel with Muslims neighbors.

“It is for you to understand how to reach them wisely and carefully and lovingly,” he said. “That is very important. Charlie captured my heart with his love. Live Jesus in front of a Muslim before you begin to speak to him of Jesus.”

Saada and his wife originally founded Seeds of Hope, a humanitarian organization that operates in Jericho and Jerusalem. After handing over leadership to the next generation, he now works with Hope for Ishmael, a Christian ministry which he founded to advance Israeli-Palestinian dialogue as well as to reach Muslims with the Gospel.