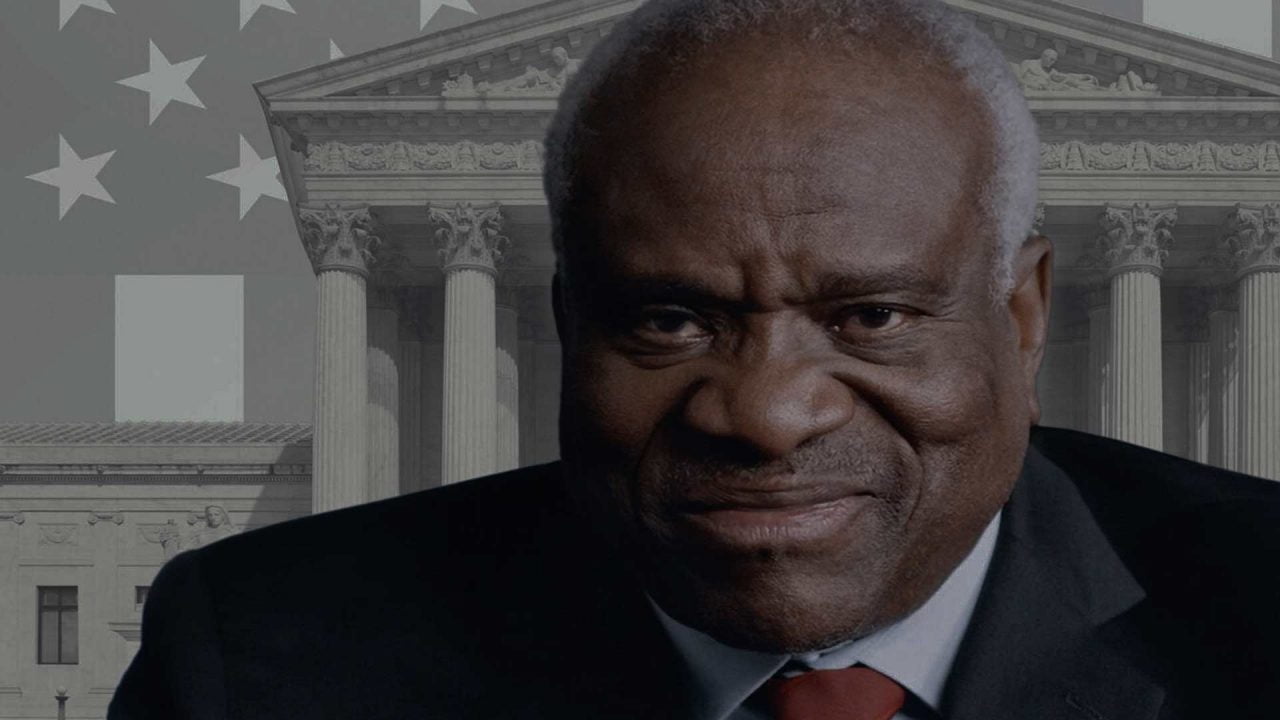 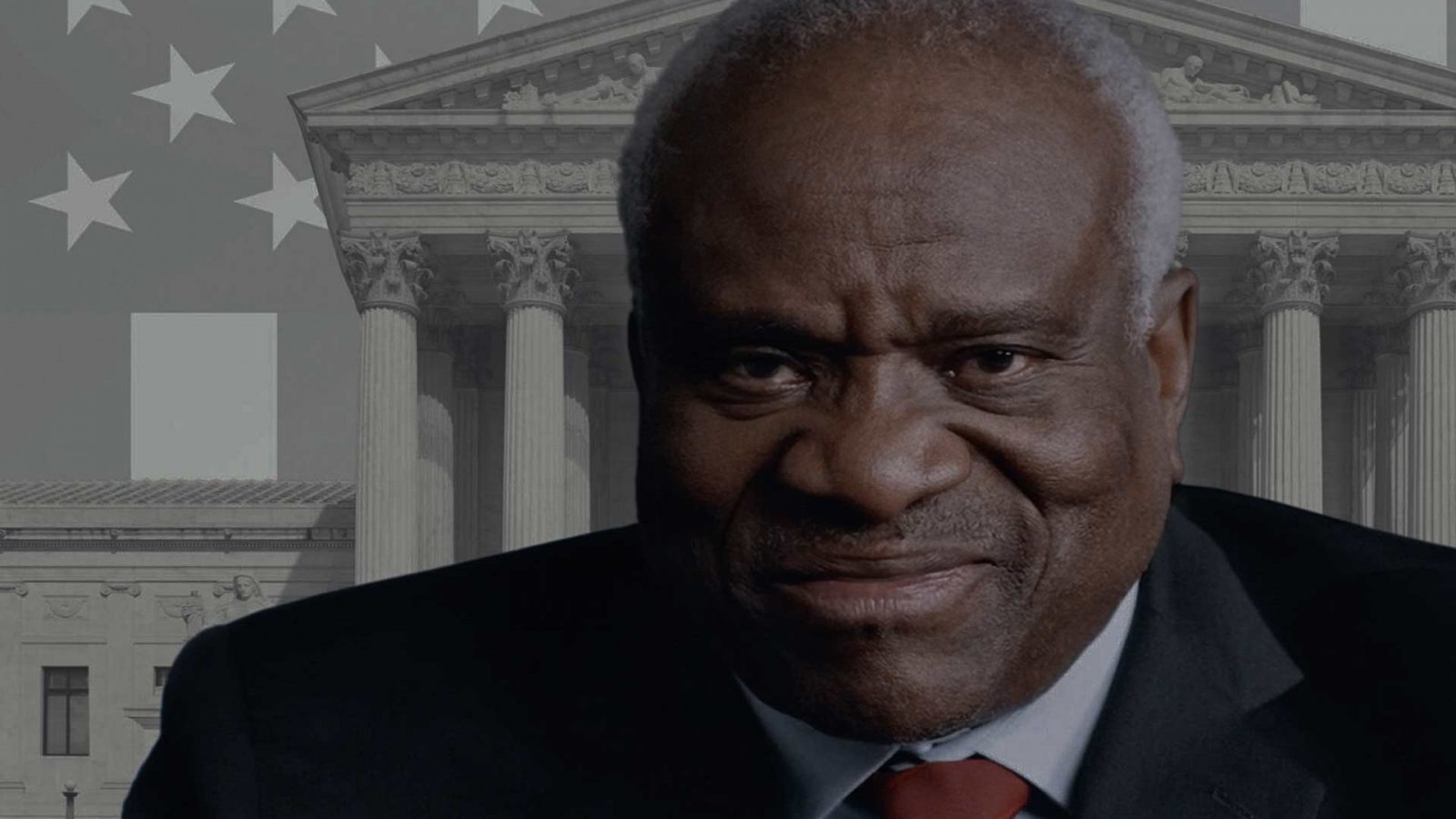 One of the most influential black Americans is rarely mentioned by the mainstream media during the annual Black History Month celebrations in February.

This month, however, a new movie about conservative U.S. Supreme Court Justice Clarence Thomas will show for a limited time in Anchorage at the Regal Tikahtnu Theater from Feb. 21-27.

“Created Equal: Clarence Thomas in his own words” features Justice Thomas and his wife, Virginia, who were interviewed for more than 30 hours, over many months.

The two-hour documentary combines Thomas’ first-person account of his life with a rich array of historical archive material, period and original music and personal photos.

The movie looks back to 1948, when Thomas was born into dire poverty in Pin Point, Georgia, a Gullah- speaking peninsula in the segregated South. His father left the family when Thomas was two years old. His mother, unable to care for two boys, brought Thomas and his brother, Myers, to live with her father and his wife. Thomas’ grandfather, Myers Anderson, whose schooling ended at the third grade, gave the boys tough love and training in hard work. He sent them to a segregated Catholic school where Irish nuns taught them self-discipline and a love of learning. From there, Thomas entered the seminary, training to be a priest.

“Thomas began to rebel against the values of his grandfather,” the movie website notes. “Angered by his fellow seminarians’ racist comments following the assassination of Martin Luther King, Jr. and disillusioned by the Catholic Church’s general failure to support the civil rights movement, Thomas left the seminary.”

To him, affirmative action seemed condescending and ineffective…

His grandfather felt Thomas had betrayed him by questioning his values and kicked Thomas out of his house. In 1968, Thomas enrolled as a scholarship student at the College of the Holy Cross in Massachusetts. While there, he helped found the Black Student Union and supported the burgeoning Black Power Movement.

It was at this time that Thomas’s views began to gradually return back to his grandfather’s perspective. He began to see the efforts of liberals to help his people as demeaning failures.

“To him, affirmative action seemed condescending and ineffective, sending African-American students to schools where they were not prepared to succeed,” the website states. “He watched the busing crisis in Boston tear the city apart. To Thomas, it made no sense. Why, he asked, pluck poor black kids out of their own bad schools only to bus them to another part of town to sit with poor white students in their bad schools?”

The website recounts that at Yale Law School, Thomas felt stigmatized by affirmative action and treated as if he were there only because of his race. After graduating in 1974, he worked for then State Attorney General John Danforth in Missouri, eventually working in the Reagan administration, first running the Civil Rights Division of the Department of Education and then the Equal Employment Opportunity Commission. In 1990, he became a judge on the U.S. Court of Appeals for the District of Columbia Circuit. In 1991, President George H.W. Bush nominated Thomas to the Supreme Court.

“When that failed, and he was on the verge of being confirmed, a former employee, Anita Hill, came forth to accuse him of sexual harassment,” the website notes. “The next few days of televised hearings riveted the nation. Finally, defending himself against relentless attacks by the Democratic Senators on the committee, Thomas accused them of running ‘a high-tech lynching for uppity blacks who in any way deign to think for themselves, to do for themselves, to have different ideas.’”

After non-stop television coverage, national polls showed that the American people believed Thomas by more than a 2-1 margin. Thomas was confirmed, however, by the closest margin in history, 52-48.

In his 27 years on the court, Thomas’s jurisprudence has often been controversial — from his brand of originalism to his decisions on affirmative action, pro-life issues, religious liberties, and other hot button topics.