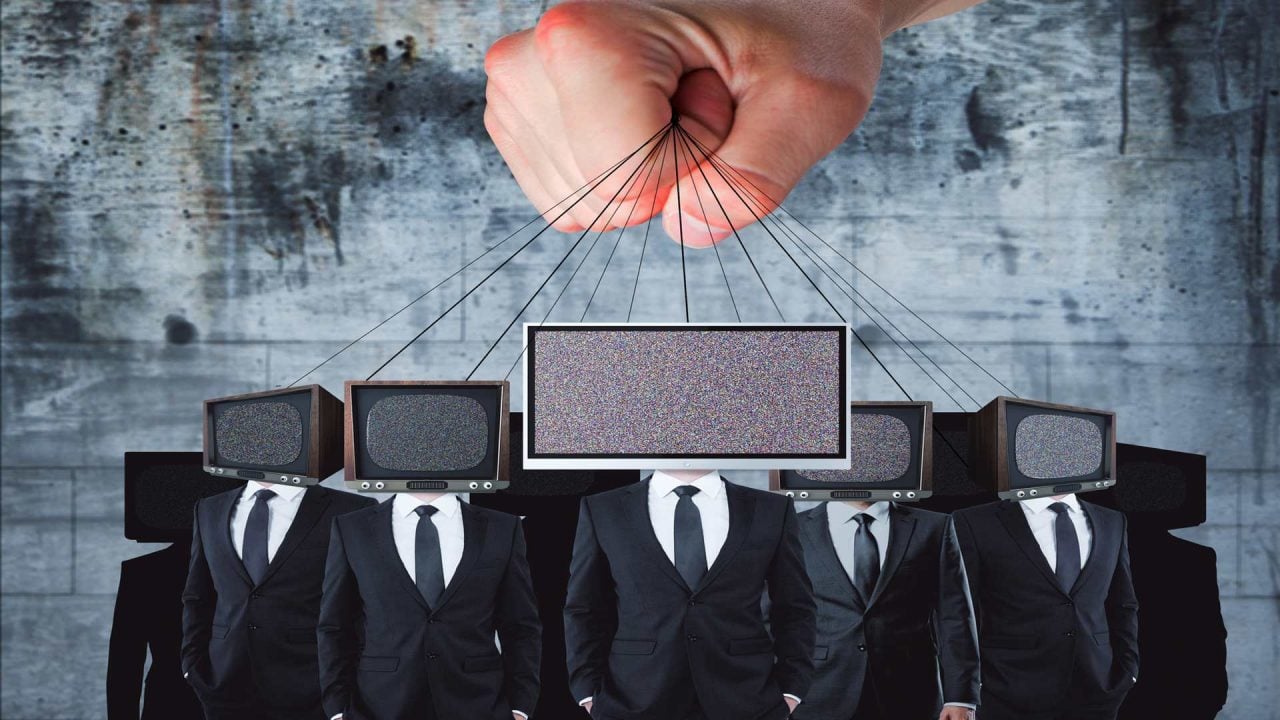 Conspiracy Theory vs. Conspiracy Fact: Think for yourself 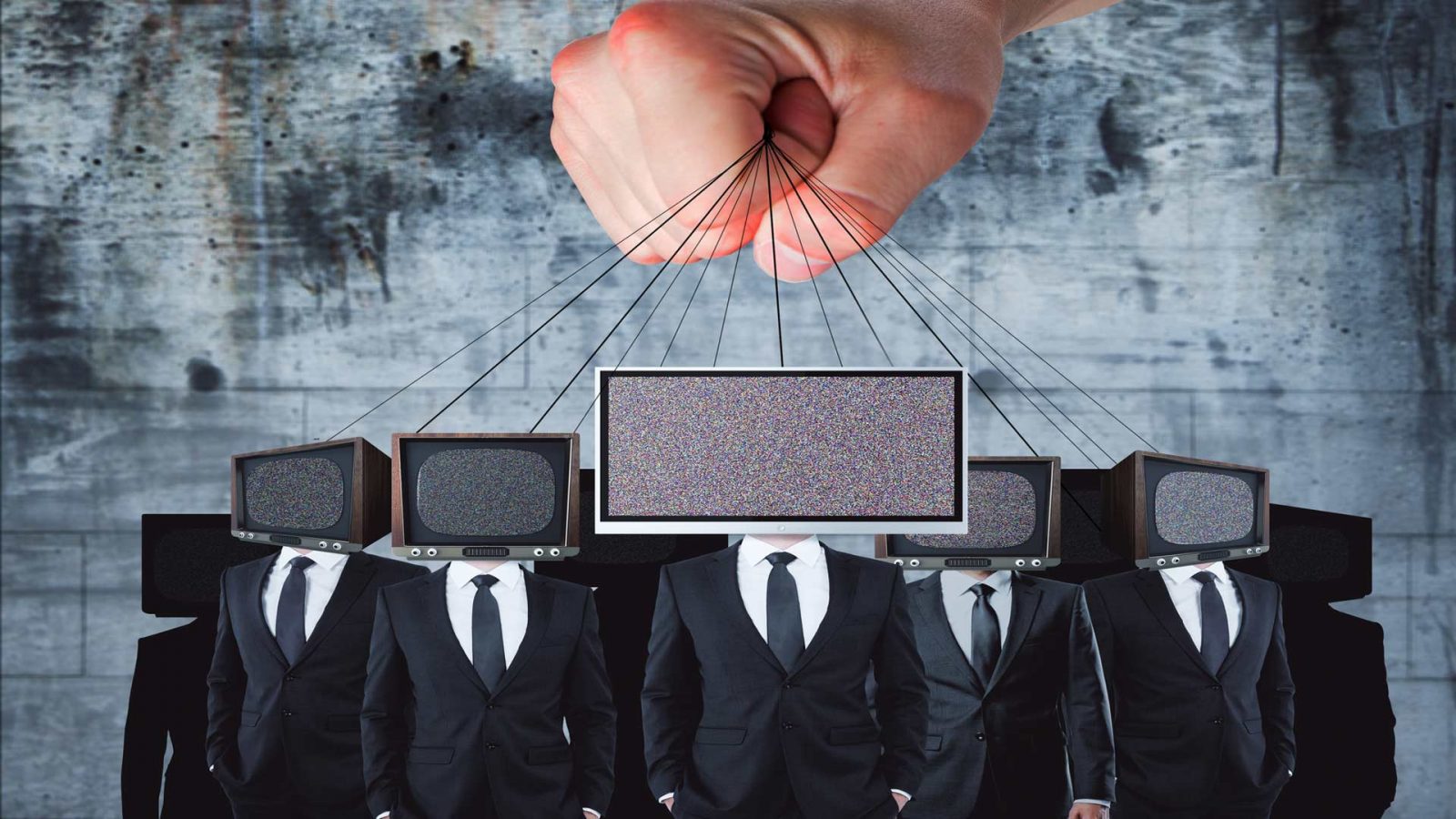 The first line of attack for those who wish to keep us inside a Control Cocoon is to use social pressure. This is much better than coercive government pressure. While I meet few bureaucrats, I meet my friends and neighbors every day. We like them, they like us. I wouldn’t spit in their face nor they in mine.

With that in mind, I don’t use the term “conspiracy theory” when I want to think for myself. If others do, my rejoinder will be, “I’m not so naïve.”

I’ll tell you what a respectable “conspiracy theory” is: Detective Smith has a murder to investigate and he needs to interview suspects. Was it the butler, the disinherited son, the mistress, the estranged wife, the shady financial advisor, the lifelong trusted friend? Smith needs to put together a theory as to motive, opportunity and location. Only one is guilty and his theories might all seem plausible until evidence and facts force him to change direction.

And he might even be surprised to find it was none of the above. No one ridicules his necessary theories to arrive at the truth.

So, why aren’t we allowed to do this ourselves with world events?

Someone might object: “Just who are these people? If this was a plan, surely we would have heard of it.”

Is there a permanent flaw in human nature? Does it include sex, money, blood and power lust? Is there a cadre of well-established billionaires with a generations-long practice of passing on their fortune? Have they learned to organize themselves across racial and national lines? Can they manipulate politicians, the media, churches, the military, academia and police with bribes and threats? Would they be content with merely the control of a city, province, state or nation?

Is world domination only a flaw of militaristic emperors, kings, dictators and generals or can it include the patient and powerfully privileged?

Someone might object: “Just who are these people? If this was a plan, surely we would have heard of it.”

Well, in fact, we have. It operates both openly and quietly. Their organizations are many, have different names, but all interlock at the top. And the families come across our radar as well, but their control of the media strikes hard at any who wish to expose these activities.

We have heard of the Bilderberg Group, the Tri-Lateral Commission, the Council of Foreign Relations, the World Health Organization, the U.N., Bohemian Grove, Jekyll Island. We have heard of the Rockefellers, Rothchilds, Bushes, Soros, Gates, Clintons. Their meetings include tight and private security and a mainstream press that dutifully prints the official versions.

So, let’s review those historical events that have controversy behind them. Some are even acceptable by standard histories.

But amazingly, these powers have also openly hinted at their intentions, speaking of the need to reduce and control world population, telling us that someday soon a global epidemic would visit us, saying there would be forced vaccinations, talking vaguely about “global governance,” a “new normal” and “new paradigms.”

None of this is disputed. Most people like to think, “They don’t really mean it.” And those who think that they do are labeled with epithets questioning their sanity, yet those who would deny all this are often the first to comply when the new reality arrives.

But Detective Smith, and the alternative media, knows that a crime has been committed. They gather new evidence, all of which might be spot-on and quite plausible, and all of which assuredly goes unreported by the mainstream.

So, let’s review those historical events that have controversy behind them. Some are even acceptable by standard histories.

Why are alternative theories – and facts – now routinely air-brushed from the internet?

Why did Alexander Hamilton promote, and later Andrew Jackson detest and destroy a national bank? Who was really behind the assassination Abraham Lincoln, who wanted a “soft” Reconstruction and “easy peace” for the South? Why did Woodrow Wilson sign the bill creating the Federal Reserve? What or who actually caused the Great Depression? What did FDR know about Pearl Harbor? Why did America join with a UN resolution to invade Korea?

Then in 1962 there was Operation Northwoods, now unquestioned fact, which proves the Pentagon proposed a false-flag attack on our soldiers and civilians as a pretense for war with Cuba. Rejected by the President, was this why John Kennedy was assassinated?

Were our naval destroyers actually attacked in the Gulf of Tonkin incident, or was it contrived as an excuse to go into Vietnam? What really happened to the USS Liberty in the 1967 Six-Day War? What is the truth behind 911, Oklahoma City and other terrorist attacks here and abroad?

Why are alternative theories – and facts – now routinely air-brushed from the internet?

Since everyone knows that the mainstream press will never allow the questioning of the Established Story, we must rely on alternative sources.

Today we have the COVID-19 panic, hype and crisis. A colossal, world-wide and now recognizable overreaction that is a threat to freedom. But was it planned? Some very intelligent people are telling us … yes. Check out the expected and normal mortality rates over the same given amount of time for whatever national, state of local area you want, then see if there is a radical spike in the number of deaths. If there isn’t, well: “Houston, Thirteen here. We have a problem.”

So where does this leave us? Since everyone knows that the mainstream press will never allow the questioning of the Established Story, we must rely on alternative sources. Some of them will be unreliable. But to trust the mainstream is just as dicey.

Thinking for yourself is always good. Yes, it might be wrong, but it means taking the responsibility yourself rather than permitting someone else to do the thinking for you.