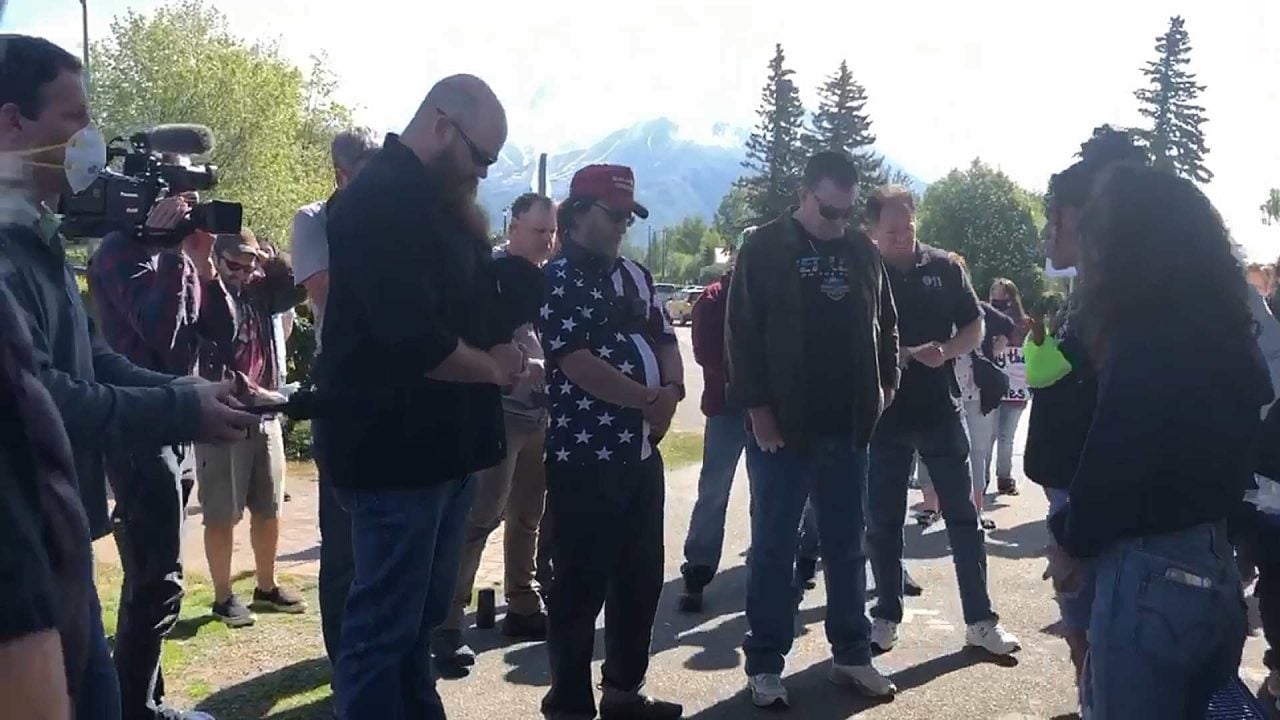 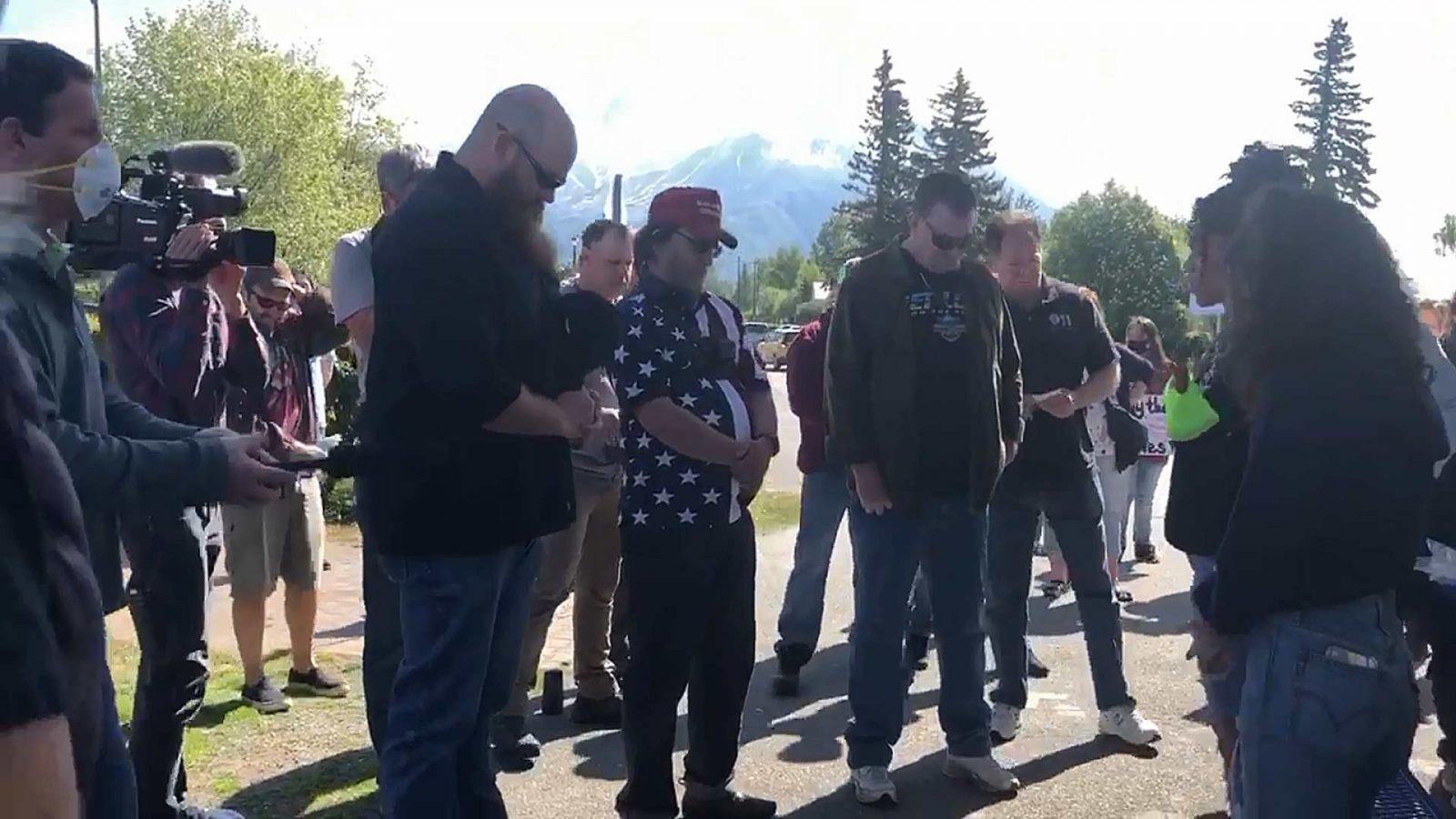 It’s not what the mainstream media wants to portray, but the June 6 Black Lives Matter march through Palmer, Alaska, began with a moment of prayer on all sides.

This video, shot by Josh Fryfogle from the People’s Paper, shows white members of 907 Freedom speaking and praying with young black protesters and their supporters before a large protest rally.

It is hard to demonize the other when all parties lift their hearts united in prayer. While some speakers at the event tried to frame the 907 Freedom members as racists, the gathering before the event is an example that must be celebrated and emulated across Alaska and around the nation.