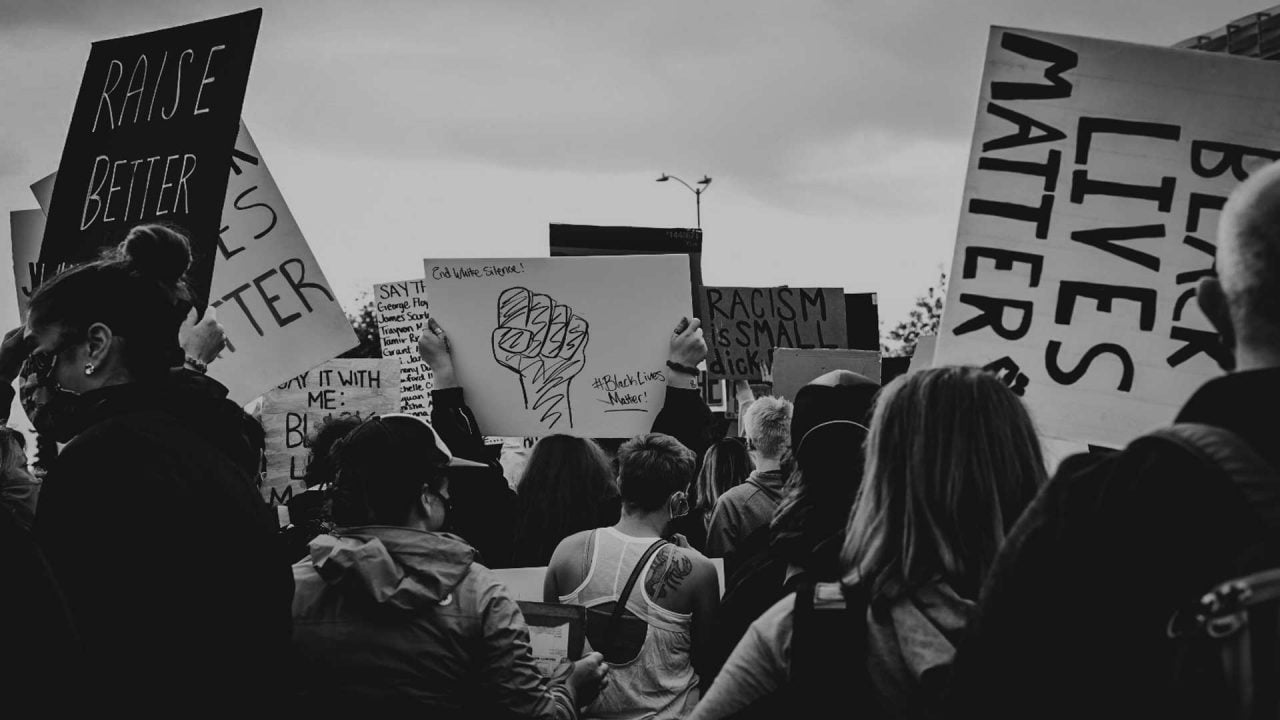 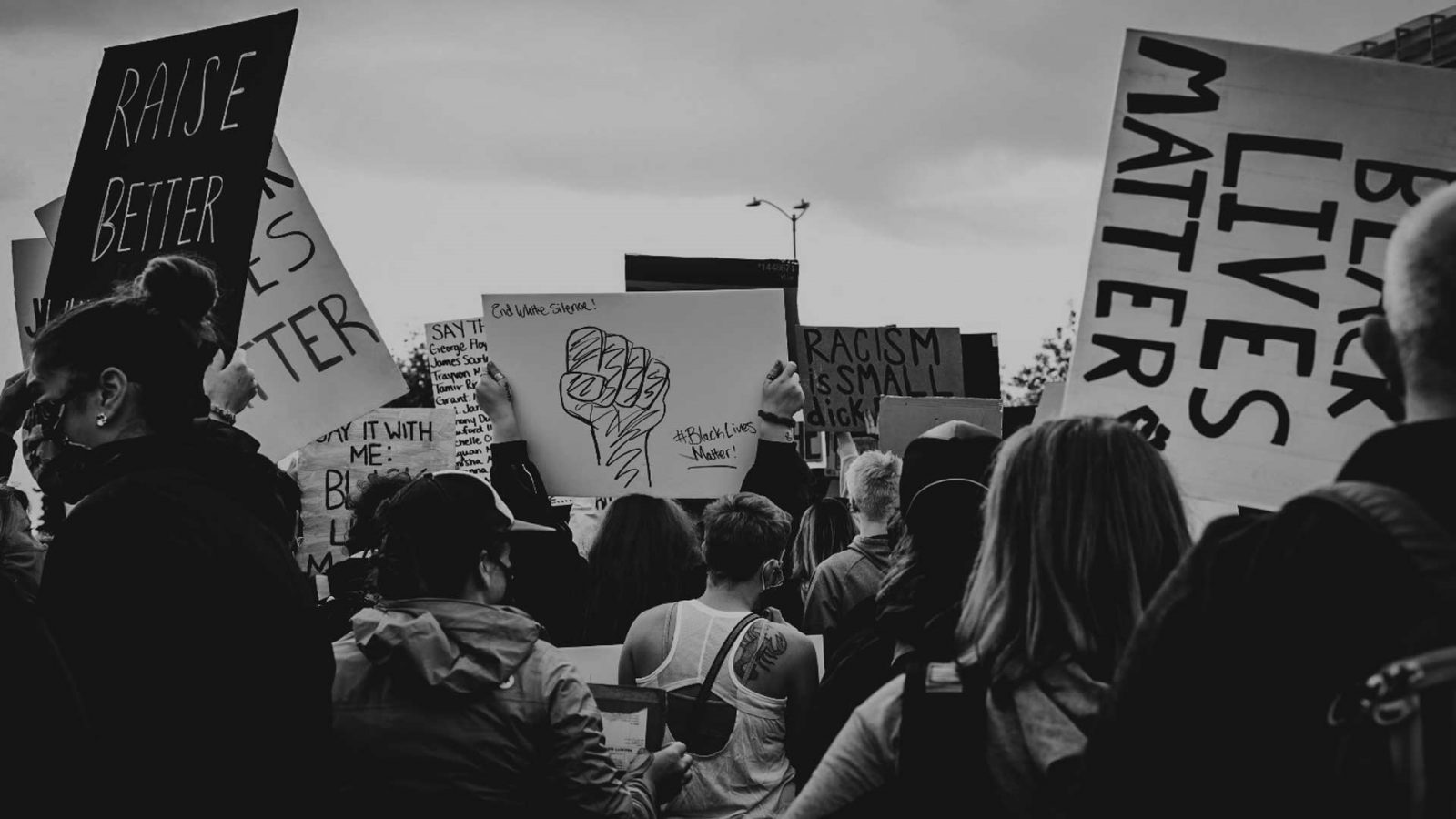 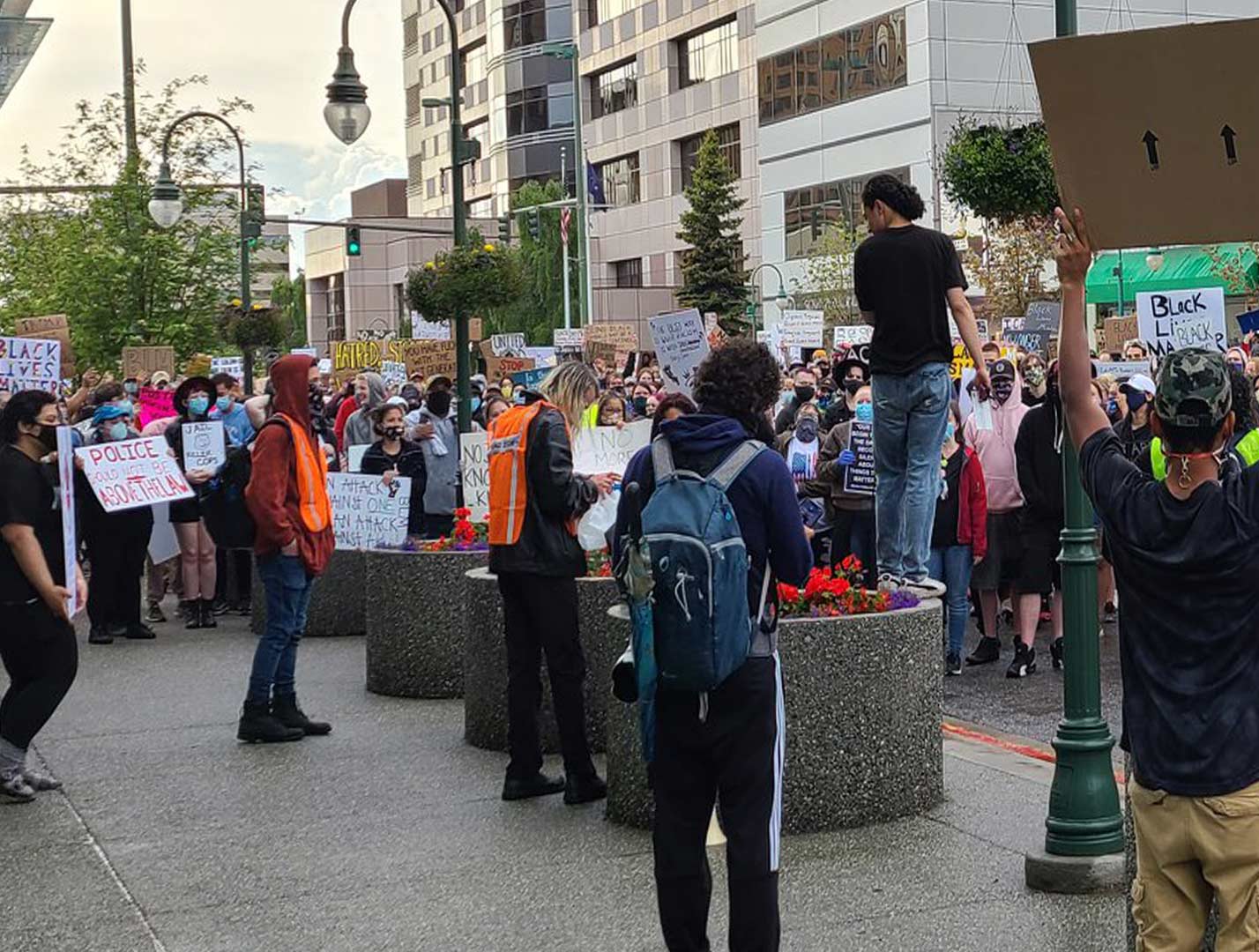 Protesters take to the streets in Anchorage during a march last week.

The Party for Socialism and Liberation (PSL), which organized a June 6 protest in Anchorage under the guise of eliminating police brutality against black people, also wants the city to decriminalize homelessness and end all abatement of homeless camps which have sprung up on public and private property across the community.

A list of the group’s demands was posted this week on Facebook along with a notice that they are planning more protests in Anchorage.

Part of a national organization that aims to advance Marxist ideology and wage a revolution to topple capitalism, the PSL wants Anchorage police placed under civilian control and overseen by neighborhood councils. They also want to end to police unions and cut the police department’s funding in half. The savings, they argue, should be used to provide free housing and drug rehab programs.

While often viewed as a left-leaning organization, the Marxist organization has no love for the Democratic Party, calling it “a complete joke.”

“In truth, it has long been the velvet glove over the iron fist of state repression,” the SLP national website states. “Nor can anyone pass over that so many rebellions are taking place in urban areas governed entirely by the Democratic Party. This is the main reason the Democratic Party is unable to present a political leadership that will satisfy the anti-racist movement — this movement is objectively rebelling against them as much as Trump!”

The PSL condemns any criticism of rioters who have set fire to many cities, looted stores and taken over neighborhoods through violence.

The ultimate aim, however, is to move far beyond demands for police reform and justice for black Americans.

“From the ‘progressive’ Democratic mayors up to Donald Trump himself, all have characterized the movement as “hijacked” by violent extremists, especially scapegoating anarchists and the far-left,” the PSL’s national website states.

Like other revolutionary Marxist organizations across the nation, the PSL praises militant rebellions and advocates class warfare to destroy capitalism.

“Revolutions are messy … They are made amid a swirling pace of events, the confusion of contradictory information, the breakdown of order, the reshuffling of political allegiances, and the unleashing of new social forces who feel their power for the first time,” the group’s national website states.

It goes on to explain that the “art of revolutionary politics is to try to stay ahead of events” and expose the state’s weak points, while exhausting its resources. The PSL also works to harness “pent-up frustration and anger” to outstrip the capacity of the state. This releases “the exhilaration of seeing the police, the bullies, finally in retreat.”

The ultimate aim, however, is to move far beyond demands for police reform and justice for black Americans. Ultimately the PSL wants to “widen the horizons of the protests … and to demand more.”

“It is not unusual in a revolutionary process that the masses of people would start with simple demands — in this case, justice for George Floyd, Breonna Taylor, Ahmaud Arbery, and the victims of racist and police terror,” the PSL website states.

Out of this initial concern, the group aims to strategically harness the moment to create a “crisis of legitimacy for the capitalist state and the Trump government.”

At the PSL’s national convention last August it set out a strategic vision to actively foment revolution.

“We do not discourage militancy but look to the example of so many others before us who channeled that militancy and combativeness into disciplined organizations,” national website states. “To the emerging generation of revolutionaries who are looking to build this type of organization, we offer our experiences building the PSL and our lessons from studying other revolutions.”