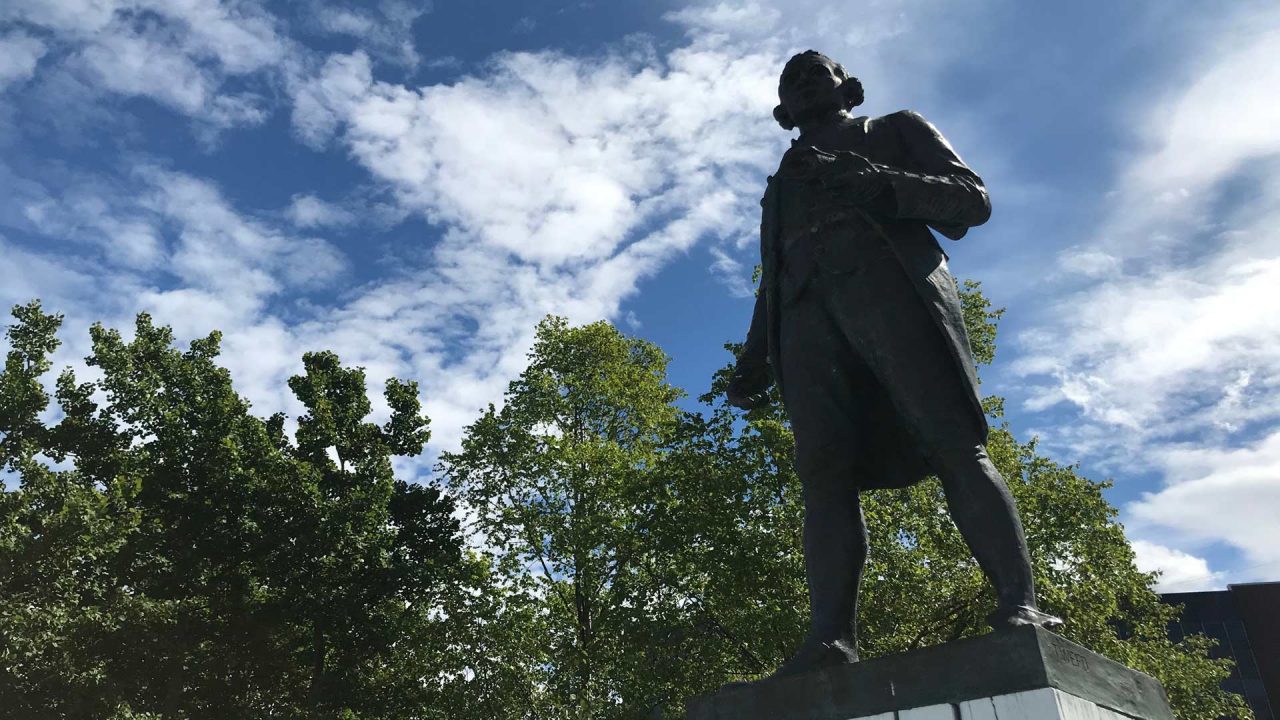 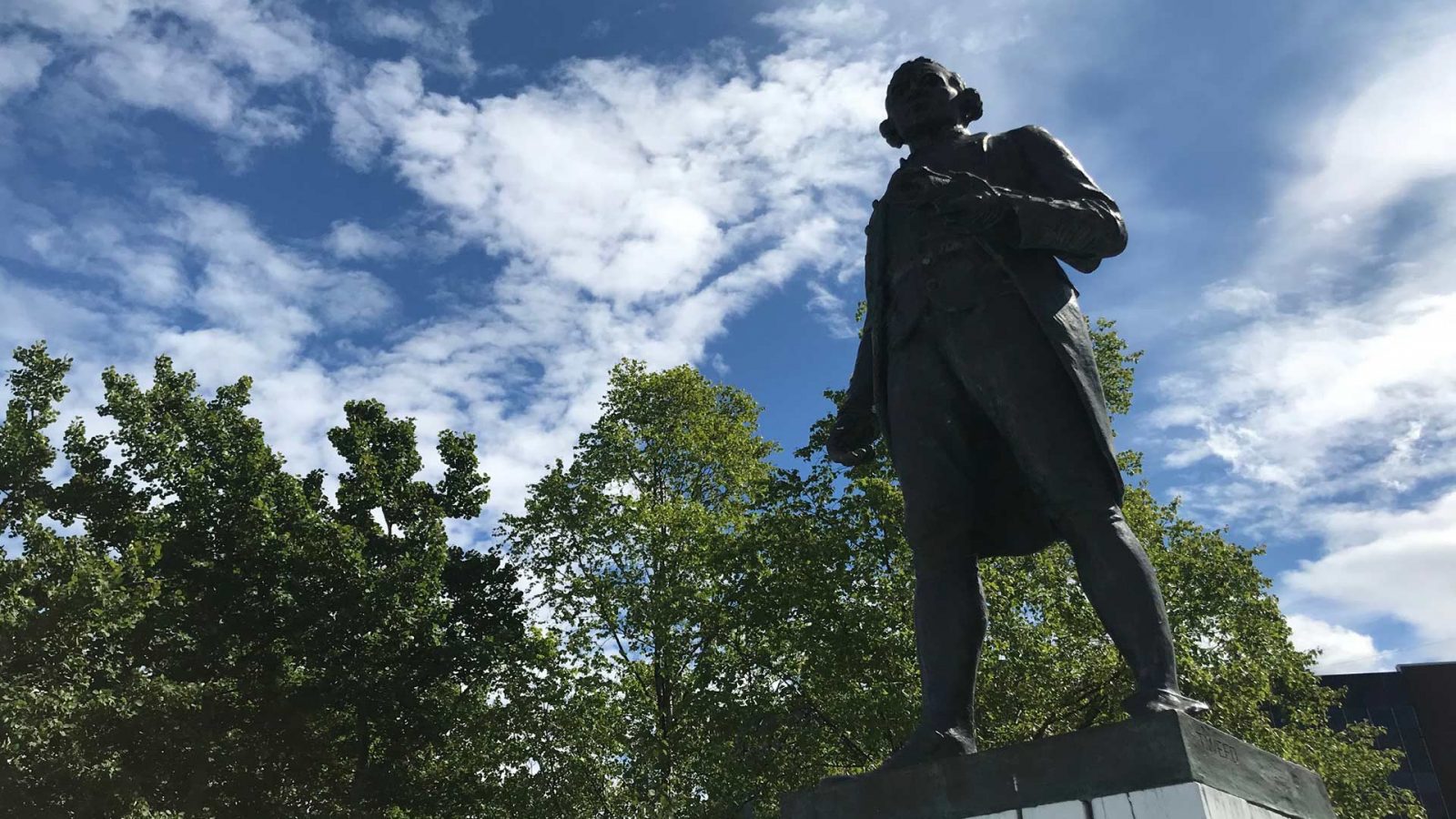 The fate of the historic Captain James Cook monument in downtown Anchorage will be debated at Tuesday night’s Anchorage Assembly meeting.

Assemblyman John Weddleton wants Mayor Ethan Berkowitz to start a public review process to decide whether to relocate, remove or otherwise get rid of the 44-year-old statue that overlooks Cook Inlet. A monument to the foremost British explorer of the 18th century, the statue was a gift from the British Petroleum Corporation and Anchorage’s sister city of Whitby, England, where Cook began his naval career. Whitby has a replica of the statue to show solidarity with Anchorage in honoring the man who braved the frozen Arctic in attempting to find the fabled Northwest Passage trading route to Asia.

A lasting impact of his Alaska journey is the detailed charting of the coast, including Cook Inlet, Prince William Sound and Puget Sound.

In voyaging to Alaska, Cook thought Turnagain Arm might be the Northwest Passage route. It was not to be, and hence its name. He anchored his ships outside of what is now Anchorage and his journey is recorded in the oral history of the Native Dena’ina people.

A lasting impact of his Alaska journey is the detailed charting of the coast, including Cook Inlet, Prince William Sound and Puget Sound. The charts were widely used by ships across the world until the 20th century.

Despite these historic contributions, there have been occasional criticisms that the Cook monument overshadows the more ancient native civilizations. In the aftermath of George Floyd’s death in Minneapolis this past May, protesters have destroyed monuments and demanded the purging of a whole host of statues that commemorate European history across North America.

An online petition at Change.org has gathered about 4,800 signatures, although there is no way to verify how many are from Alaska. It demands the removal of the Cook statue as “an act of reparations towards Indigenous and Black people, past and present, as well as an act of solidarity towards the community.”

Weddleton’s resolution notes that “recent events have caused the public and government officials to take a closer look at how monuments represent our country’s and Anchorage’s history.” Without naming particular individuals or groups, the resolution claims that “Anchorage residents” are concerned that the monument “lacks sufficient acknowledgement of the people who have called this place home for thousands of years.”

According to Anchorage’s policy for deacquisition of public art, the work must have “documented and consistent adverse public reaction from a measurable large number of individuals and/or organizations over a period of 10 or more years” and that review for relocation, removal, or deacquisition “should be undertaken cautiously, in order to avoid potential influence of fluctuations in taste and the immediate pressures of public controversy. A work should not be removed from public view simply because it is 9 controversial or unpopular.”

The resolution asks Berkowitz to begin a public review process that involves the Parks and Recreation Commission, the Curator of Public Art, the Public Art Committee, the Historical and Fine Arts Committee and a public hearing.

Berkowitz has already asked the Native Village of Eklutna to determine the statue’s fate.

Click here to learn how to participate in the July 14 Anchorage Assembly meeting. It begins at 5 p.m.