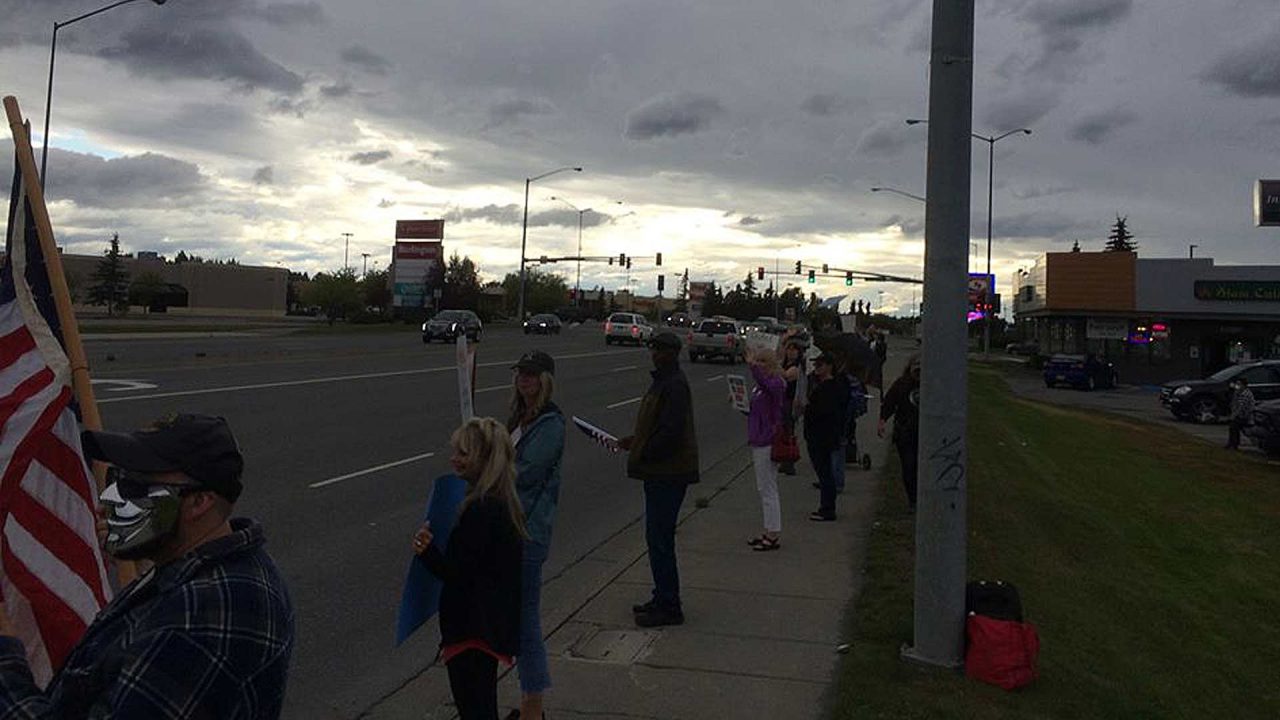 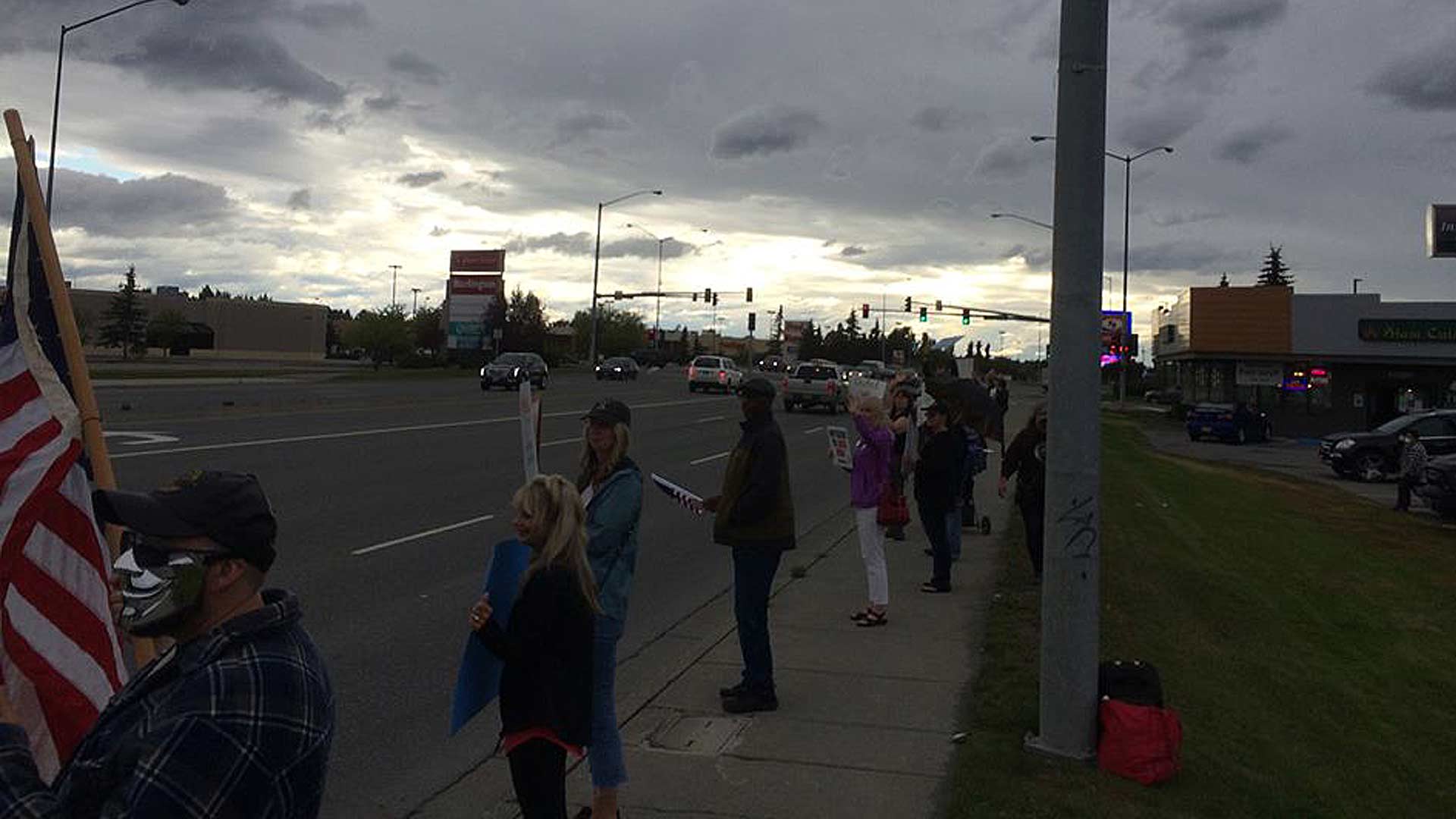 The Anchorage Assembly and Mayor Ethan Berkowitz will have to walk past an organized protest before they convene for what promises to be a contentious Aug. 11 Assembly meeting, and one that is closed to the public due to COVID-19 concerns. 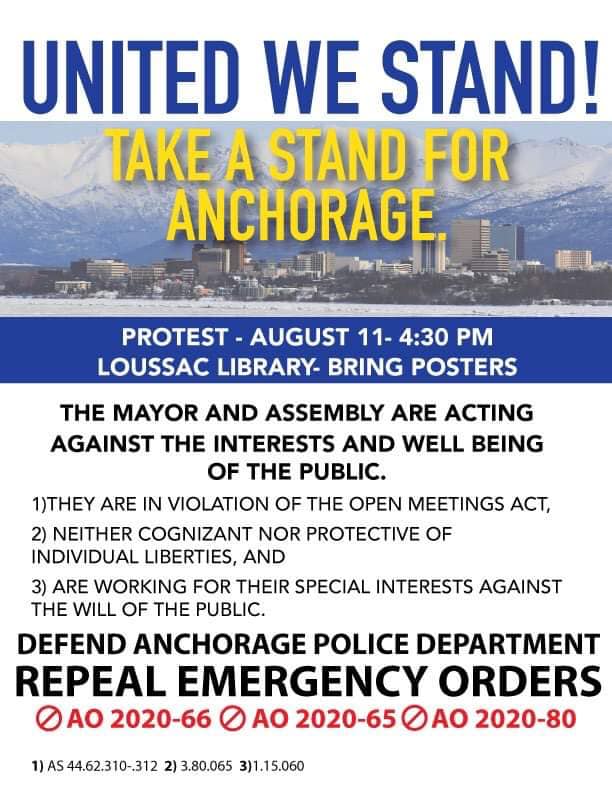 A group called Save Anchorage has organized a protest rally outside the Assembly Chambers demanding that the mayor loosen his emergency orders that have crippled many local businesses while essentially shutting down church services.

“This group is growing rapidly!” an announcement for the rally states. “Let’s show the Mayor we mean business. Let’s protest August 11th and make Anchorage open for business!” It adds, “You all have a voice, and together, our voices will make Anchorage a better place to live!”

Rally organizers accuse the Assembly of violating the Open Meetings Act by banning the public from attending the meetings or testifying in person. The Assembly is accused of being “neither cognizant nor protective of individual liberties” and of “working for their special interests against the will of the public.”

In addition to demanding open meetings and a repeal of Mayor Berkowitz’s emergency powers, the rally aims to defend the Anchorage Police Department.

On the docket for the Aug. 11 meeting are the following items of interest:

The Aug. 11 meeting begins at 5 p.m. The public can testify in-person or by phone. Those who wish to testify by phone must send an email to Testimony@anchorageak.gov by 2 p.m. on Aug. 11. Emails should include a name, phone number and the agenda item set for testimony. The clerk will phone the number provided, and each person will have three minutes to testify.

Written testimony can be sent to Testimony@anchorageak.gov by 2 p.m. on Aug. 11. This should include the agenda item number. These comments will become part of the meeting record.

Click here for more information about the upcoming Assembly meeting.