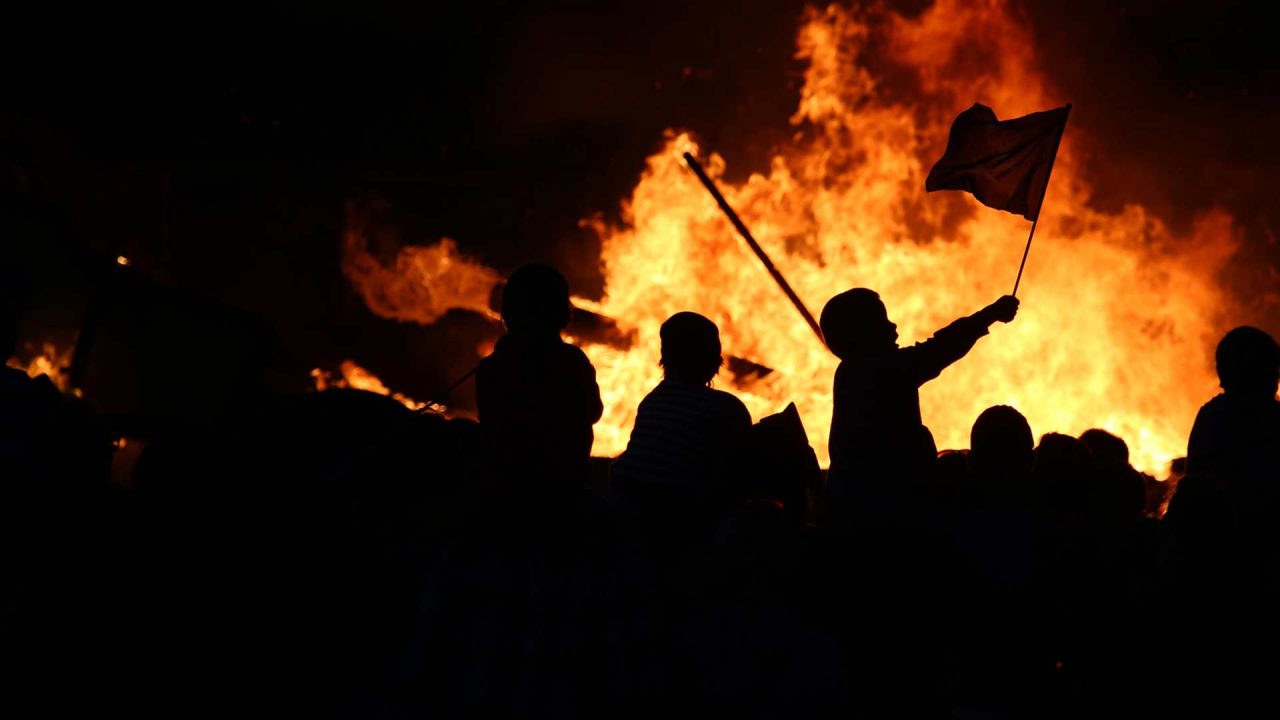 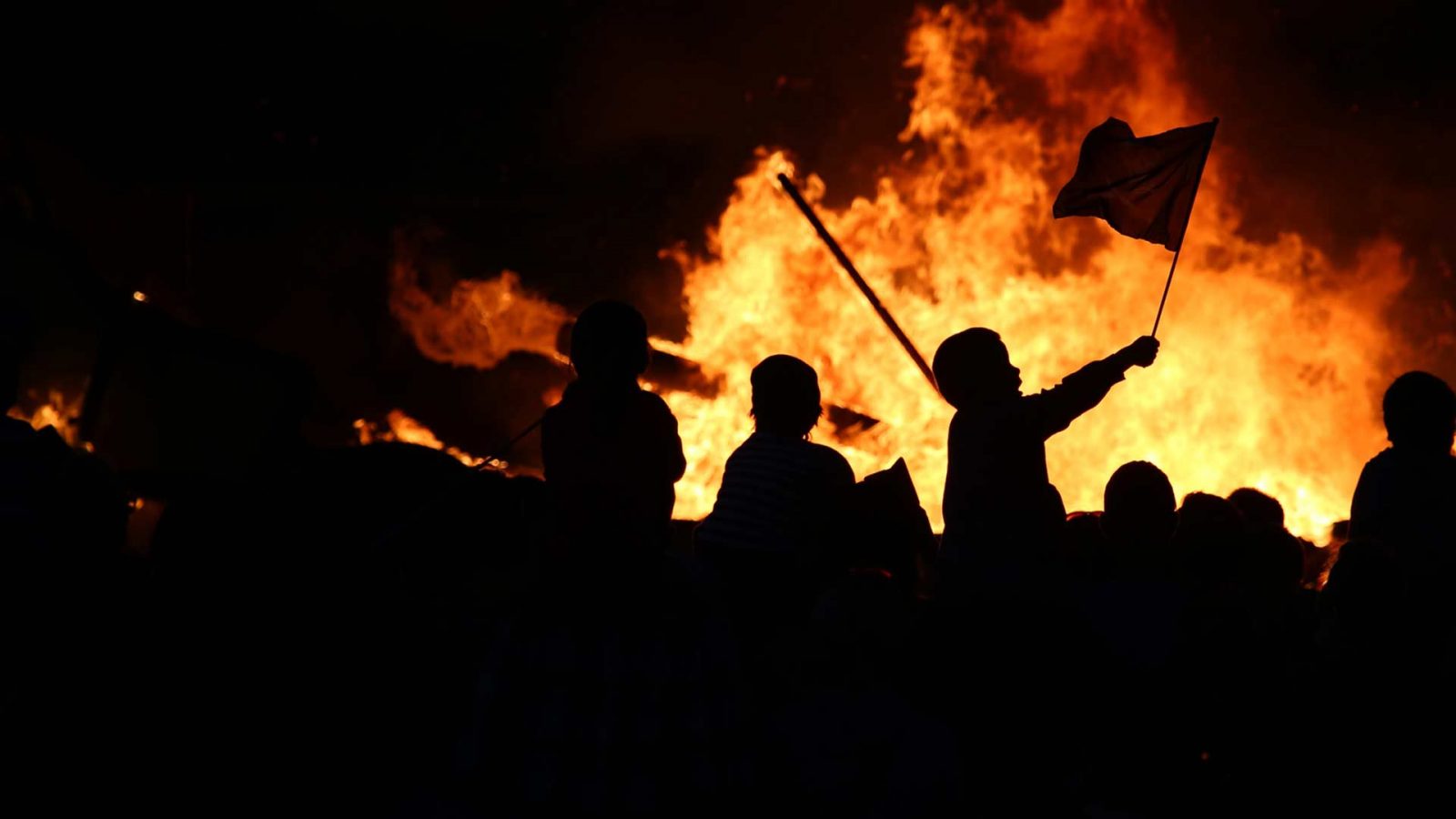 What practical lessons can we learn from history? There is no simple answer to this question because history is a complex subject. History is not simply a recording of facts and events; and it is not only a logical classification of the collected data in a chronological order. History is a social process, the development and evolution of mankind from the past through present and to future. History forms a picture of all things that happened to mankind from its origin upon the earth to the present moment.

History is functional in the sense of meeting the need that society has to know itself and to understand its relationship with the past and to other societies and cultures. History explains a pattern of nations’ emergence and growth, intellectualizes facts, and searches for causes of historic events. It is also poetic in the sense that there is inborn in every individual a curiosity and sense of wonder about the past.

So, what is the relevance of the lessons of history for America today? The historic patterns of so-called progressive movements in America today strikingly resemble the utopian socialist and Marxist movements of the 19th century in Europe. This is especially the case for the new popular rhetoric of “white privilege,” “systemic racism,” “Black Lives Matter,” and “BIPOC” (Black, Indigenous and People of Color).

Utopian socialists of the 19th century, namely Charles Fourier and Claude Saint-Simon of France and Robert Owen of England, believed that it was possible to organize ideal communities of pre-arranged size. These communities would be composed of farmers, industrial workers, artists, and, in some cases, capitalists. According to the utopian socialists’ hypothesis, these communities would be stable and self-sustaining, insuring all communal members an adequate livelihood—a remarkably naïve utopia of a harmonious and cohesive human society (e.g., CHAZ or CHOP in Seattle).

Marx was not seeking natural or moral laws for guidance

The communist who grasped the revolutionary nature of the 19th century was Karl Marx. Rejecting utopian socialism in favor of what he coined “scientific communism,” Marx claimed that changes in the economic structure of society of his time were the result of class conflicts or class struggles between the capitalists (bourgeoisie) and the workers (proletarians).

In his book Manifesto of the Communist Party published in 1848, Marx stated: “The history of all hitherto existing society is the history of class struggles. Freeman and slave, patrician and plebeian, lord and serf, guild-master and journeyman, in a word, oppressor and oppressed, stood in constant opposition to one another, carried on an uninterrupted, now hidden, now open fight, a fight that each time ended, either in a revolutionary reconstitution of society at large, or in the common ruin of the contending classes.”

In other words, Marx was not seeking natural or moral laws for guidance; he was turning to the lessons of history and revolutionary uprising against ruling class of the time.

Thus, what are the connection and similar patterns between Marxism of the 19th century and so-called neo-Marxism in America today? Evidently, “white privilege” doctrine is an ideological platform and guidance for other neo-Marxist beliefs about “systemic racism,” “BLM,”“BIPOC,” and today’s “ANTIFA.” The “white privilege” doctrine claims an existence of a social division in the society that is based on race conflict, race struggle, race warfare and race advantages between naturally born white people and other people of color.

Recently, Juneau Assembly approved Black Lives Matter protesters’ demands to investigate instances of the so-called “systemic racism” in town—although there is no clear evidence of any institutional discrimination in Juneau has been found. In my 35-years living in Juneau, I have never experienced or observed any institutional racism in Southeast Alaska. Ignorance—yes, but racism—no. The Juneau Assembly’s radical social agenda is a clear example of neo-Marxist ideology that aims to quietly penetrate our political, social and cultural systems.

It is absolutely shocking to me, as a person who was born, educated and raised in the socialist country of the former Soviet Union, to witness so many intelligent and educated people in our country being influenced by such dangerous ideological rhetoric. This radical socialist rhetoric is the main cause of violent unrests and riots in our country today, and it threatens a possible partitioning and division of our great nation in the future. Americans should resist this socialist progressive movement in our country and unite in preventing a spread of the neo-Marxist pandemic into our American culture.