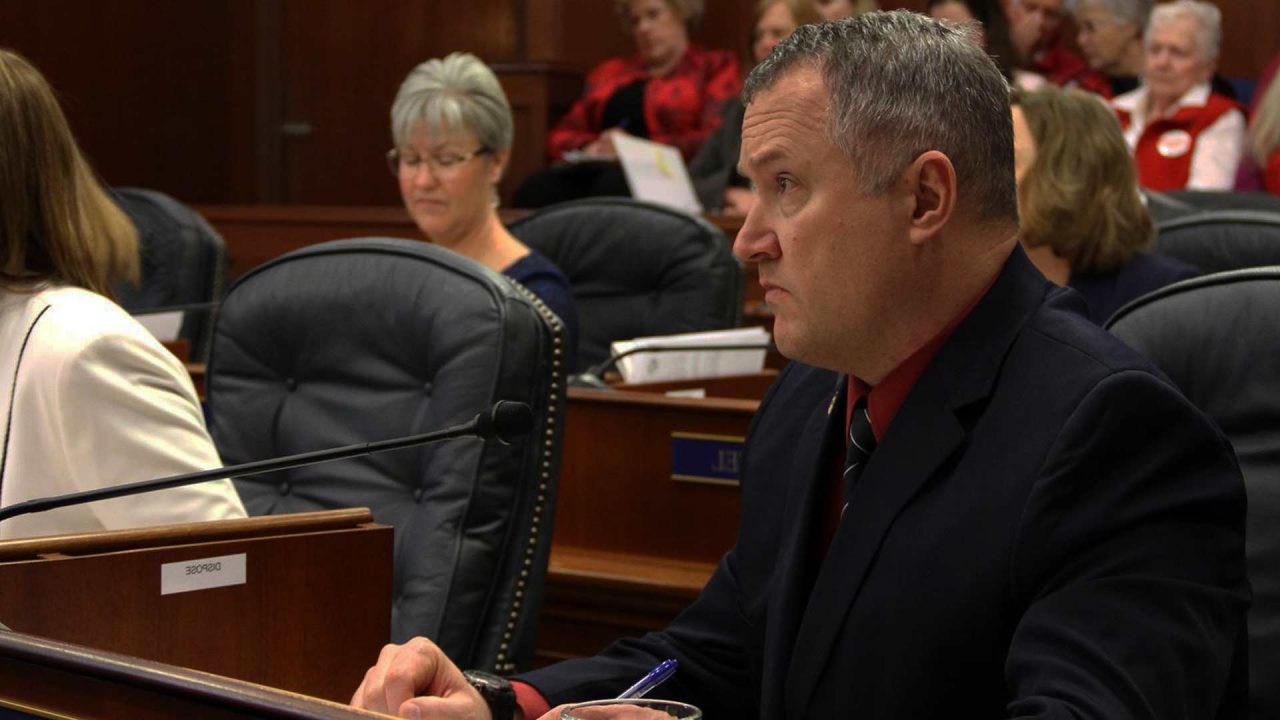 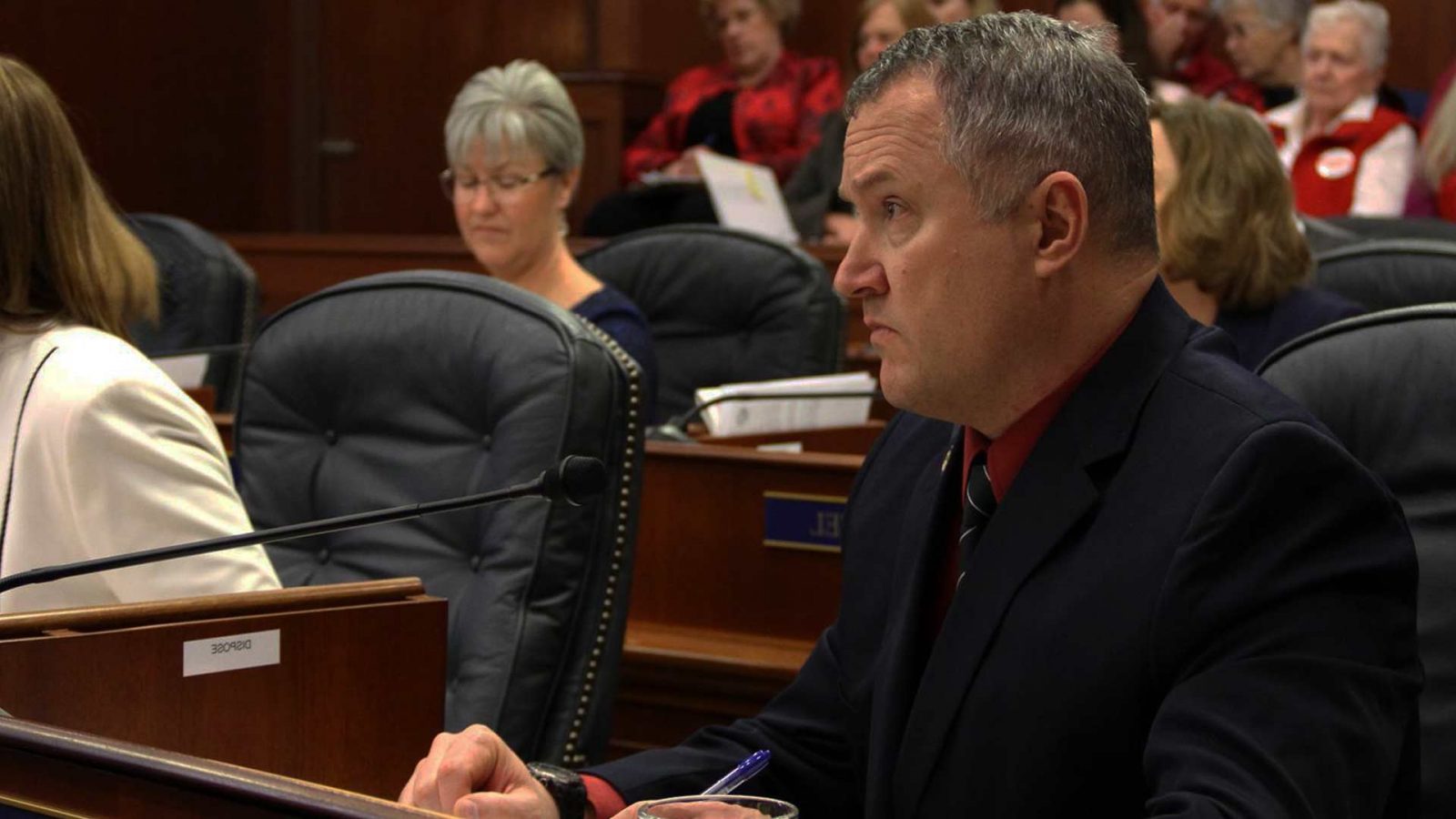 Alaskans are voting on important issues to determine our next steps in dealing with the budget, resource allocation, taxes, and citizens’ general welfare.

I know where I stand, but nothing can replace hearing directly from you. It’s essential to construct comprehensive solutions through inclusiveness and diversity of thought. We must keep all options on the table when discussing how to put together a systemically impactful solution and, most importantly, a sustainable one.

From my perspective, the choice is clear; we must vote no on Ballot Measure 1.

Laws should endure the deliberative legislative process, unlike Ballot Measure 1.

It was crafted behind closed doors by a few people. The referendum process is a constitutional right, but we should reserve it as a last resort, not a first resource. The process to put this issue on the ballot excludes a rigorous public debate, prohibits refinement, rejects modifications and suppresses diverse inputs. Instead, it attempts to solve massive budget problems independently without considering the impacts it will have system-wide on all of the dynamic components involved. Much like taking the PFD to “solve” our budget deficits, this is another single-source solution. We are not addressing the root causes of the problem and are not working on a comprehensive solution.

No matter how smart a person is, our laws must be a collaboration of many ideas, diverse views, inputs, and include opposing arguments. Laws should endure the deliberative legislative process, unlike Ballot Measure 1. The integrity of sound legislation results from processes that are facilitated through open committee hearings, floor debates, et cetera. Tax policy is complex and requires checks and balances, not a simple yes or no vote on a ballot measure.

The “easy” answer for too many politicians has been to avoid the difficult task of searching for operational efficiencies.

Alaska has a budget problem. We spend more than we generate in revenue. There is waste, duplication, and unnecessary redundancies. We have an unbalanced budget and an insatiable appetite for spending far beyond our means. How can we trust the government to spend money wisely? Our government has even shown an unwillingness to follow its own statutes and rules.

We need a comprehensive fiscal solution which fixes our structural spending and revenue issues. The “easy” answer for too many politicians has been to avoid the difficult task of searching for operational efficiencies. Instead, we have endeavored to convince Alaskans we have worked tirelessly, and there is no other option except to access the Permanent Fund Dividend. I disagree with arbitrarily cutting the budget. I support lowering our state government’s operating cost through data-driven decisions, process improvement, and pragmatic budget system design. Reducing Alaska’s operating budget is a critical piece of the puzzle. Still, we must do it wisely and with legislation that is exhaustively debated and cross-examined.

For instance, it is not a constitutional mandate to buy new furniture for state offices or keep hundreds of vacant – but funded – employee positions. We are administratively heavy, with 54 administrative school districts for only 125,000 students statewide. Examples abound, and yet Alaska still operates like it has massive oil revenue. All while struggling to support our most essential core responsibilities, from rural Alaska’s failing infrastructure to urban crime prevention and all points in between.

…Ballot Measure 1 discourages new investment, fails to change our patterns of overspending and lacks any plan to increase our business community’s productivity…

If we confiscate the entire Dividend, it doesn’t fix our structural fiscal problems but merely masks them a little while longer. Our current constitutional spending cap is irrelevant; it’s so steep we can never reach it. Bills and constitutional amendments protecting your stake in our state by keeping politicians’ hands away from the Dividend have been repeatedly killed by legislative leadership, often using the “binding caucus” rule to keep legislators from voting for such proposals.

Alaska needs a stable fiscal and tax environment if we are going to attract new business and cultivate existing enterprises. To attract new revenue, we need to signal that we are open for business, which requires a balanced budget, long-term fiscal planning, and stopping the pattern of constant emergency fiscal behavior year after year. If not, we will be right back here, scrambling for dollars in a few years.

Did you know there is between $100 to 200 million a year in planned increases to state spending each year? That’s before anyone shows up for the next session and starts adding money through legislation!

…you couldn’t pick a worse possible time to hit one of our critical industries with increased taxes during a worldwide economic depression due to COVID.

In the short-term, we need more oil in the Pipeline, generating more revenue to support the growing costs of government we’ve committed ourselves to. Does Ballot Measure 1 do so? Does it “solve” our underlying issues? I believe the answer is no. Ultimately this is bigger than oil. Long term, we need to think like innovators, beyond oil, and attract both outside businesses and grow a thriving instate entrepreneurial base.

I believe Ballot Measure 1 discourages new investment, fails to change our patterns of overspending and lacks any plan to increase our business community’s productivity. Particularly the commodity-driven private sector, which provides our largest revenue source outside of permanent fund earnings.

Be mindful of unintended consequences. Without the legislative process, where many of these “landmines” are vetted when we examine and debate the pros and cons of a bill, it’s too late. And while unintentional, you couldn’t pick a worse possible time to hit one of our critical industries with increased taxes during a worldwide economic depression due to COVID.

In conclusion, we need to address Alaska’s oil tax structure as part of a comprehensive plan to fix our structural issues and create a sustainable fiscal environment moving forward. I’ve consistently said for some time; all options must be on the table. However, we must find a way to balance our budget without putting an undue burden on one group. A plan that doesn’t hurt the lowest income Alaskans with a draconian PFD “tax” damage our “golden goose” oil industry with yet another significant tax policy change or harm essential government services upon which many people rely. A plan that handcuffs government overspending by changing our constitutional spending cap, which, by itself, is a critical step in creating a stable economic environment. And a plan which finds wise, data-driven, and reasonable reductions to state spending.

Acknowledging the political reality that any fiscal plan will have to address budget shortfalls left with various revenue measures if the legislature and governor fail to balance the budget through reductions to spending. Ballot Measure 1 fails to measure up. It merely throws a little more money at the same old problem – without fixing the problem. Why would we want to do that?

The writer is an Alaska State Senator representing Senate District E which covers the Mat-Su from Skwentna to Delta Junction to Valdez.