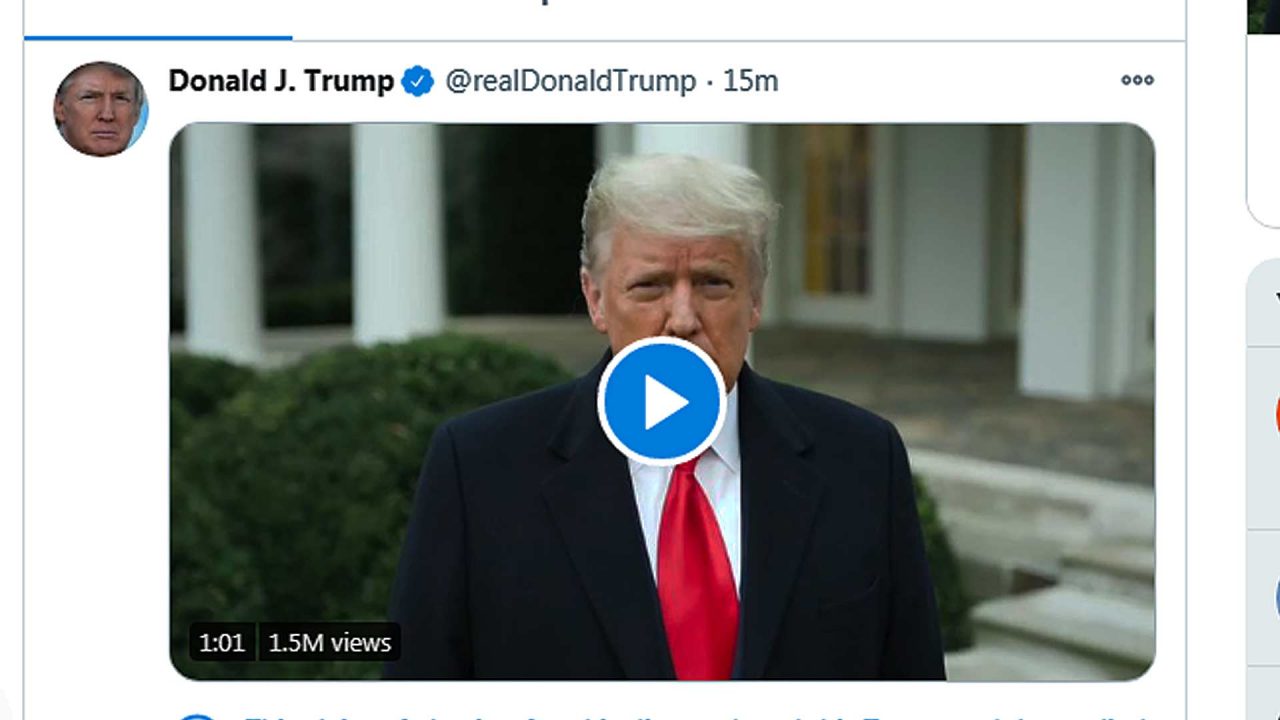 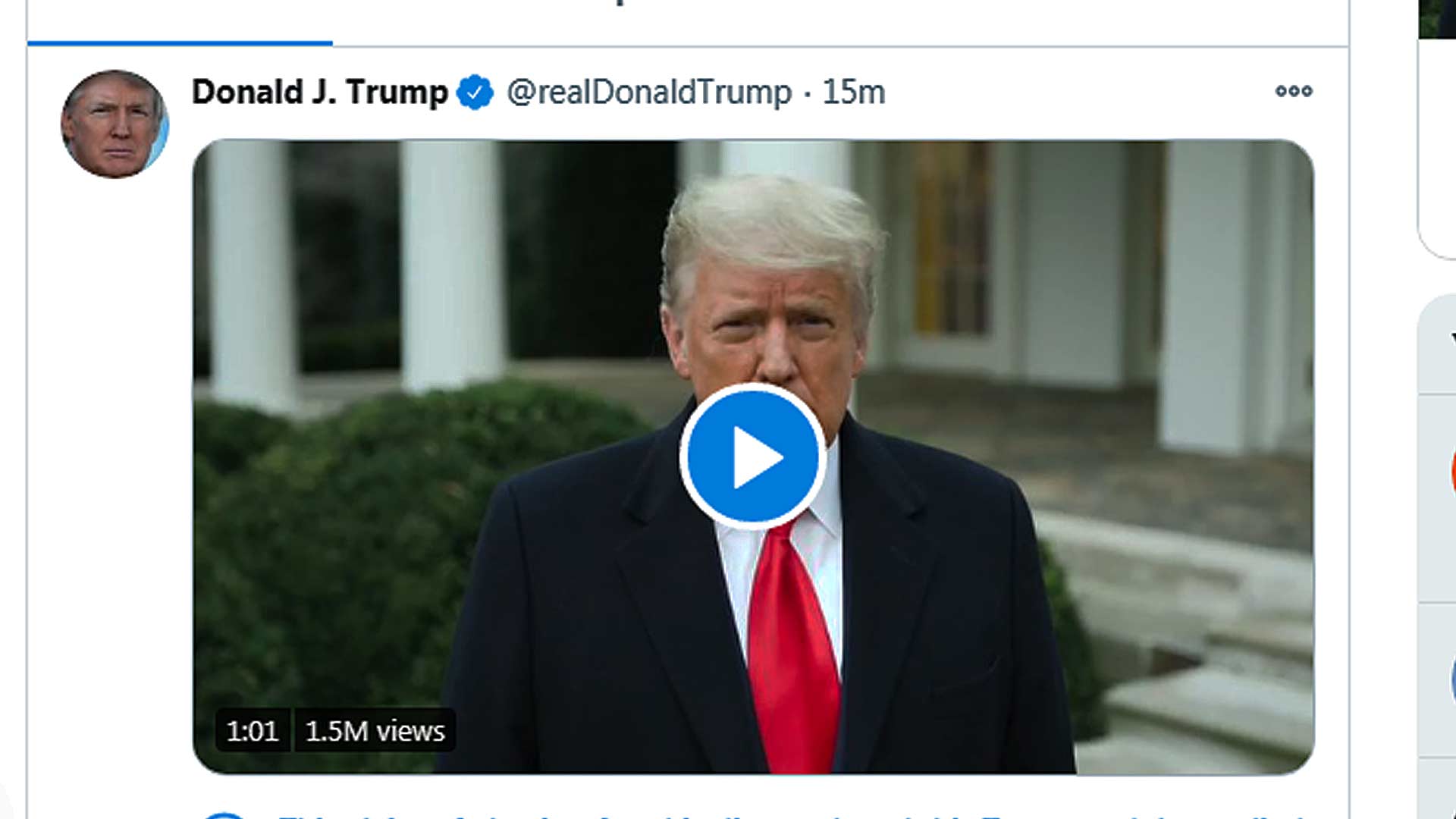 President Donald Trump has just released a one minute video asking protesters in D.C. to peacefully disband and head home. His comments come after the U.S. Capital building was overrun by protesters which caused Congress the halt the process of certifying Electoral College votes and declaring the president-elect.

“I know your pain. I know you’re hurt. We had an election that was stolen from us,” he began. “It was a landslide election, and everyone knows it, especially the other side.”

He continued: “But you have to go home now. We have to have peace. We have to have law and order,” he said. “We have to respect our great people in law in order. We don’t want anyone hurt. It’s a very tough period of time where such a thing happened – where they could take it away from all of us. From me, from you, from our country.”

The president called it a “fraudulent election.”

“But we can’t play into the hands of these people,” he concluded. “We have to have peace. So, go home. We love you. You are very special.”