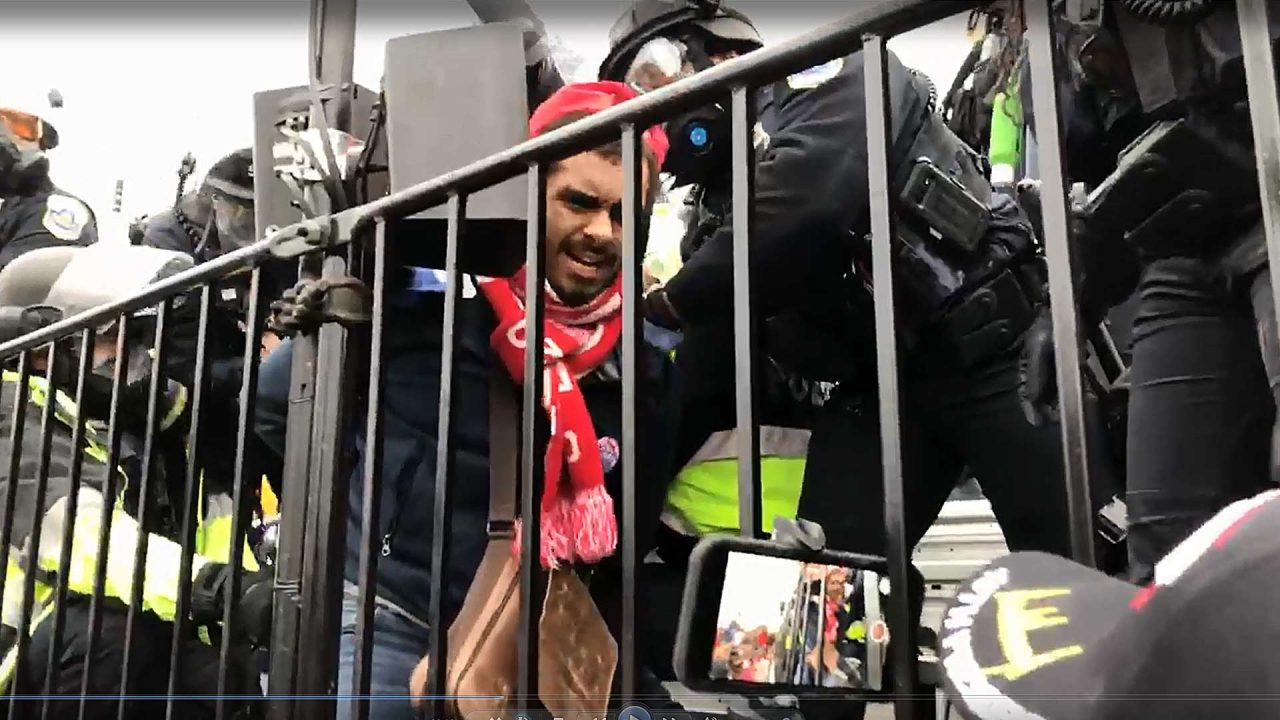 America is at a desperate and dangerous crossroads 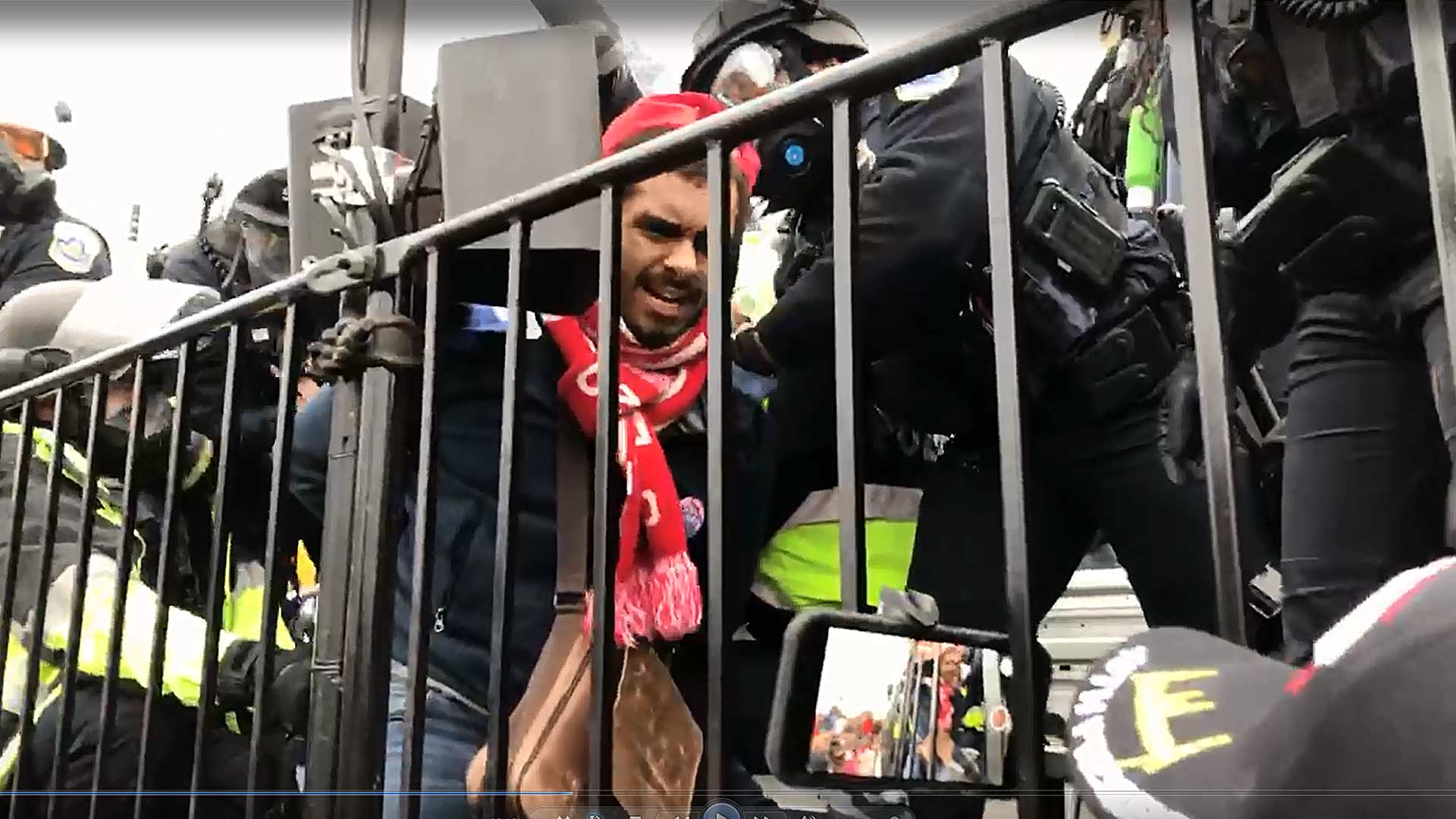 What unfolded in our nation’s capital on Jan. 6 was startling. To see protesters push through police barricades, break open windows and doors and flood through the nation’s Capitol building while lawmakers debated the merits of a highly controversial presidential election is unprecedented.

Then again, much of the last year has been shocking – especially with regards to violations of fundamental liberties and the impartial rule of law and order.

We cannot condone unjust violence or mob rule, but it is important to clarify what actually went down on Jan. 6 – and why.

First off, there were no burning buildings or toppled statues. No one took over a section of the city nor did looters tear through D.C. wreaking havoc on local businesses.

There were, however, hundreds of thousands of frustrated Americans who flooded the nation’s capital to protest what millions more believe was a sham election –  stolen from President Trump through voter fraud, ballot mishandling and voting machine irregularities in at least six key battleground states.

Despite high emotions, the massive crowd was not a violent mob. Initially, they peaceably assembled to sing patriotic songs, listen to concerts and hear speeches, including one from President Trump. They then marched in orderly fashion to the Capitol building where, at one point, a tiny fraction decided to enter the halls of Congress. Video footage shows them pushing past police and walking through the building. Yes, they broke some windows, pried open a few doors, threw papers around several offices and sprayed a handful of fire extinguishers.

One police officer was hospitalized after getting pepper sprayed and assaulted by some protesters. A dozen other officers sustained minor injuries. Three people from the hundreds of thousands on hand died of unknown medical emergencies – one was a heart attack.

NBC reported that law enforcement officers also destroyed an improvised explosive at the Republican National Committee headquarters, but they were unsure whether the device was functional.

One unarmed protester – a 35-year old Air Force vet – was fatally shot in the neck by Capitol Police while she attempted to enter the House chamber along with others.

That was the scope of the conflict, and six hours later order was restored, the massive crowd outside the Capitol building had peacefully dispersed, legislators resumed counting electoral votes and ultimately certified Joe Biden as president elect.

While we don’t support the few individuals who acted violently on Jan. 6, it is critically important to understand why the vast majority of protesters ever bothered to fly to D.C. in the first place.

Ultimately, they don’t know what else to do.

Evidence of election fraud (real evidence) was brought to light through surveillance video and sworn affidavits, but no court would permit an evidentiary hearing. No state legislatures have held serious investigations and tens of millions of Americans have since lost faith in the ability to elect their leaders at the ballot box.

This is a dangerous situation for any representative democracy. The peaceful transfer of power hinges on the people’s faith that their votes are fairly and securely counted. When this is drawn into serious question, desperation ensues.

I spoke with several Alaskans who attended the march. All are disheartened.

One young man – a military veteran from Anchorage – said that many marchers believe their elected representatives are unwilling to listen and respond to constituents, and that the traditional means of communication are no longer working.

“We have no confidence in the election process,” John Cunningham told me. “It’s really precious to us as Americans to choose our destiny – to guide the people who govern us through the ballot box, the jury box and the soap box. All of that is being taken away.”

He admitted this is new territory and he isn’t sure what the next step should be.

“Our options are becoming limited,” Cunningham said. “Most of the people I know don’t have a plan. We need to look back through history and see how this was dealt with in the past and how can we adapt for the present. What that is, I don’t know yet.”

This sentiment is shared by a growing number of Alaskans and Americans around the country. Pro-Trump protesters gathered outside numerous state capital buildings across the nation on Jan. 6 to express frustration with their elected officials. So far, it doesn’t appear lawmakers are listening.

Congress roundly denounced any suggestion by Texas Sen. Ted Cruz to delay certifying the presidential election for just 10 days to allow state Legislatures to investigate election fraud. Cruz called it an insult to the tens of millions of voters who are deeply troubled by election irregularities.

“What does it say to the nearly half the country that believes this election was rigged if we vote not even to consider the claims of illegality and fraud in this election?” he said.

The leading political figures in Alaska were no exception. They were quick to denounce the storming of the nation’s Capital building, but said nothing about the core problem that brought such a large crowd to D.C. in the first place.

Senators Lisa Murkowski and Dan Sullivan, along with Rep. Don Young all issued strong statements against the few protesters who turned violent without ever acknowledging the deeper concerns about election fraud. All three refused to delay certification and ultimately voted to approve the election of Joe Biden.

Gov. Mike Dunleavy similarly remained silent on the issue of election fraud, saying, “These few extremists do not represent our values.”

The only way to ensure the future safety of this nation and peaceful transfer of power in coming elections is to vehemently demand a full, exhaustive investigation into allegations of voter fraud and corruption. This will likely mean prison time for many and a massive unearthing of long-festering political corruption.

This effort must be unleashed at every level of government – from cities and boroughs to state legislatures to the highest levels of Washington. Half measures and empty platitudes will not do.

To be clear, our nation is at a very dangerous crossroads. Elected officials must fight with every ounce of strength they have to restore the people’s faith in their ability to choose and direct the destiny of this country.

Failure to act swiftly will only lead to greater unrest and ultimate disaster for our individual states and our great nation as a whole.