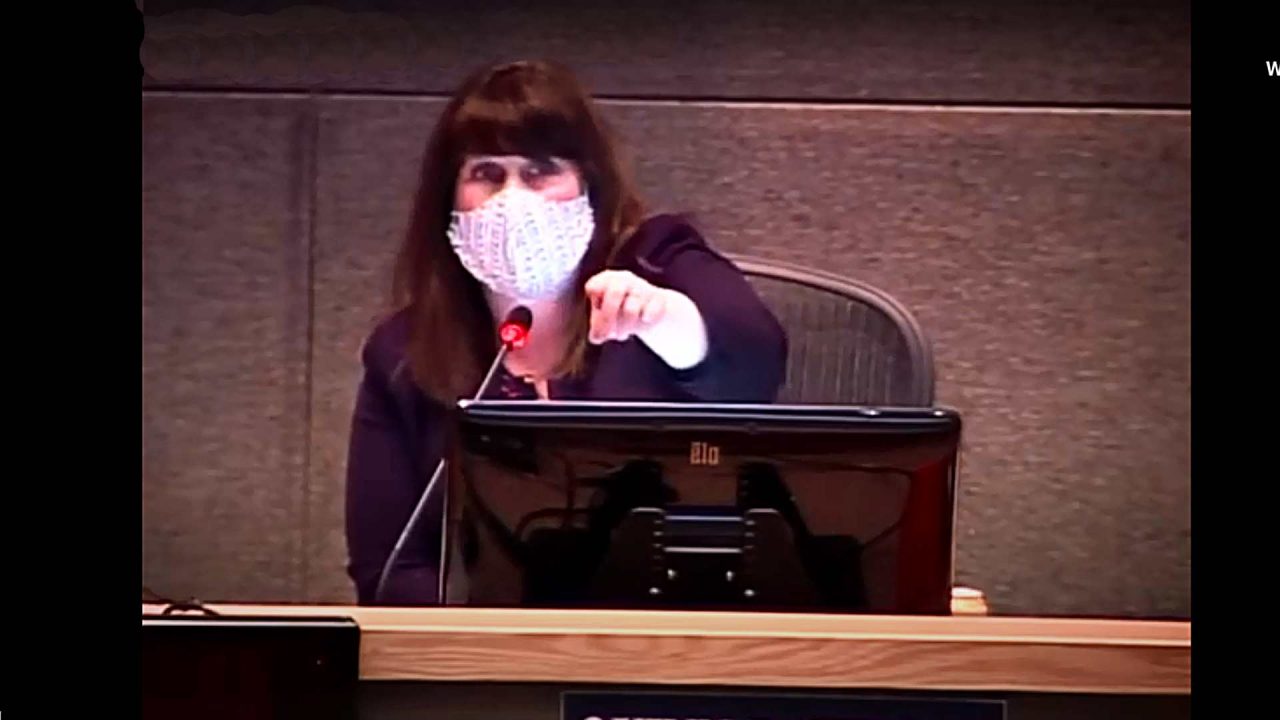 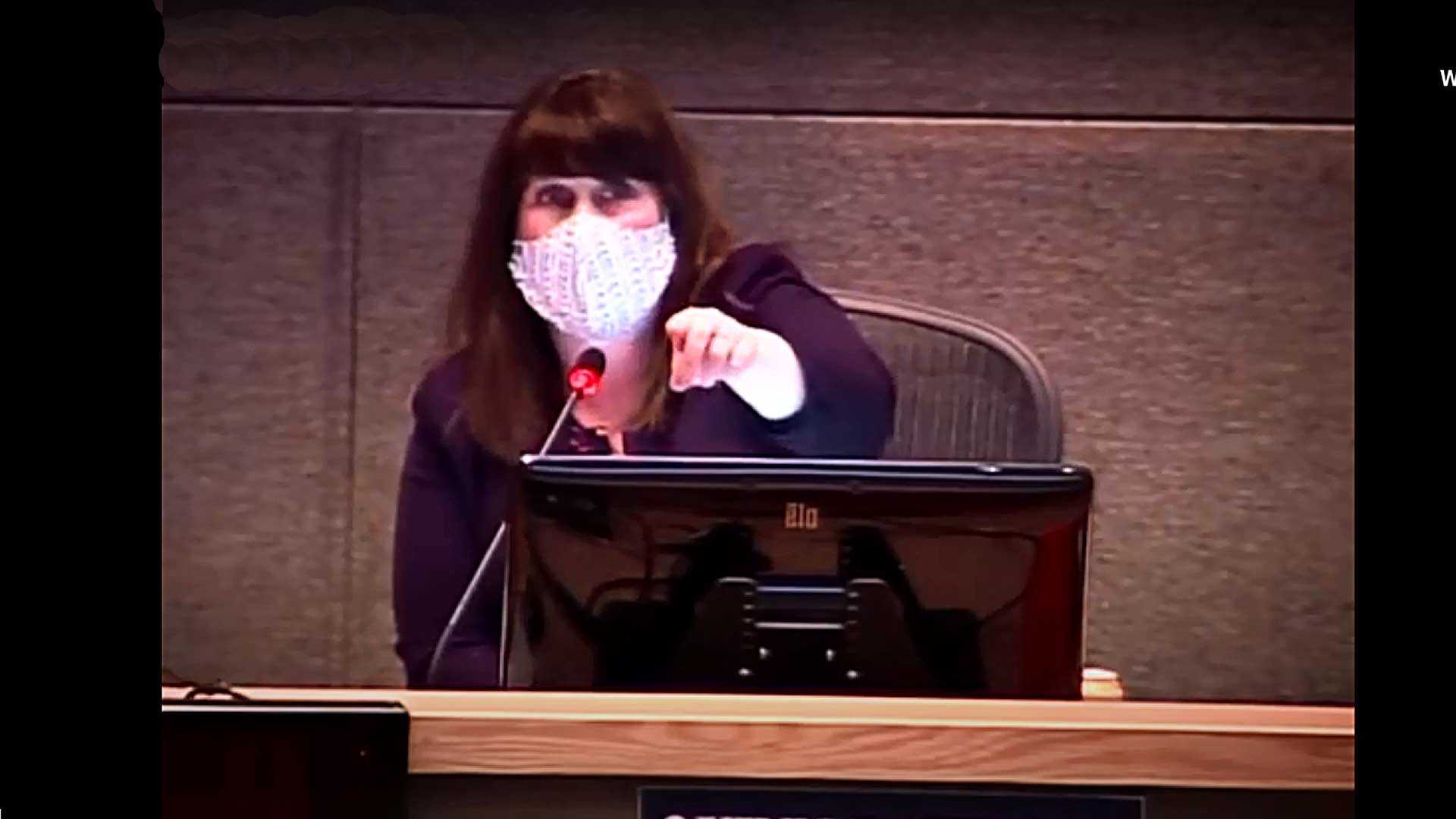 The extraordinary powers that Anchorage’s unelected Acting Mayor Austin Quinn-Davidson enjoys to impose emergency restrictions and mandates on businesses, churches, schools, individuals and other entities will likely continue unabated until at least April, and maybe beyond.

With the Assembly’s 8-2 vote on Jan. 12 to extend the declaration of emergency, struggling business will now likely continue to endure sever limitations on size capacity through the end of winter. Only Assemblywomen Jamie Allard and Crystal Kennedy voted against the extension, which could be terminated by the Assembly at any time.

Before the vote, Acting Mayor Austin Quinn-Davidson suggested that there may be an even greater need in the months ahead to continue her emergency orders – including mandatory masking, social distancing and limitations on gatherings.

First she claimed that her mandates have worked to keep case numbers down. She then suggested that her goal is to now “honor the sacrifices” the community has made by “preventing a rapid surge in cases” in the future.

Quinn-Davidson expressed her belief that she is doing right by a city that has seen roughly 70 businesses close down due to her orders.

She admitted that there is a significant drop in COVID cases and vastly increased hospital capacity, but then suggested that more troubling times may lie ahead and Anchorage can’t afford to let up.

“New strains of the virus that are believed to be significantly more transmissable are being detectable across the country,” she said of a COVID variant that originated in England.

“We do not have evidence (in Alaska) of the UK variant, yet,” she said. “But it continues to be identified in more and more states. The current vaccines are expected to be effective against this new variant but we are very concerned that this varent may spread more quickly than people are vaccinated, and could drive up cases and hospital demand quickly, before we have achieved widespread immunity. Thankfully, we know what to do – wear masks, avoid gatherings and keep physical distance from others.”

Quinn-Davidson expressed her belief that she is doing right by a city that has seen roughly 70 businesses close down due to her orders. Many will never reopen.

Quinn-Davidson accused her many critics of “vitrol and hatred.”

She mentioned all the good things she’s doing to help them, like implementing a “texting alert system” to help communicate to small businesses about new safety regulations and government handouts. She also praised her efforts to help struggling seniors get property tax exemptions, and the city’s new website that informs newly impoverished residents how to access free food.

Before the Assembly voted to extend her powers, Quinn-Davidson praised them for being able to work together “despite dissagreements that are sometimes very strong.”

Indeed, the disagreements run deep. Scores of residents continue to spend hours at each meeting criticizing the Assembly for doubling down on crippling mandates that limit some businesses (mostly local) far more than national chains like Walmart, Lowes, Costco and others. Assemblywomen Jamie Allared and Crystal Kennedy have also been critical of the mayor’s decisions.

Quinn-Davidson accused her many critics of “vitrol and hatred.”

“Among the many who come to us with genuine disagreements and profound challenges, we are also hearing more and more claims that have little connection to reality and language that describes those who disagree as enemies or worse,” she said, “This system of government works when we recognize that we are working toward the same goals, even as we vehemently disagree on how we get there.”

Even the attempt to loosen some of the acting mayor’s orders was rejected by the majority of the Assembly on Jan. 12.

The problem, however, is that many do not “recognize that we are working toward the same goals.” While no one wants a deadly virus to plague the city, many critics of the emergency orders have noted that deaths from the virus are vastly fewer than originally expected, hospitals have never been overrun and there has yet to be a post-Thanksgiving or Christmas surge as city health officials warned. In addition, the mandates have coincided with a rise in attempted suicides and drug overdoses as many are now out of work and socially deprived of basic human interactions.

Even the attempt to loosen some of the acting mayor’s orders was rejected by the majority of the Assembly on Jan. 12. They have the power to terminate any orders they deem overly burdensome and ineffective. The majority, however, seem to march in lockstep with the acting mayor’s will when it comes to mandates.

In order to begin moving out of a state of emergency, the acting mayor’s administration argued Jan. 12 that the city would need to see a 60-75% vaccination rate among residents. That poses another challenge as many Americans are leery of a quickly-approved vaccine that skipped traditional trials and testing in order to fast-track its rollout across the nation.

The reliance on vaccines to ameliorate all fears about COVID may also be ill-founded as state health officials as well as the CDC now claim that the vaccine does not necessarily prevent people from contracting or spreading the virus. They all recommend the continuance of face masks, social distancing and the avoidance of gatherings, even after vacination.

There is also a new resistance among many health officials to recognizing the long-standing consensus that herd immunity to a virus can be achieved through natural infections. Increasingly, this is seen as intolerable and the only potential solution is to create herd immunity through widespread vaccinations.

Shortly before the Assembly voted to extend the emergency orders until April, Assemblywoman Allard expressed the frustration of countless residents.

“The only way this is going to stop is when we get a new mayor,” she said. “Or not. It depends.”

Anchorage will vote to elect a new mayor on April 12.