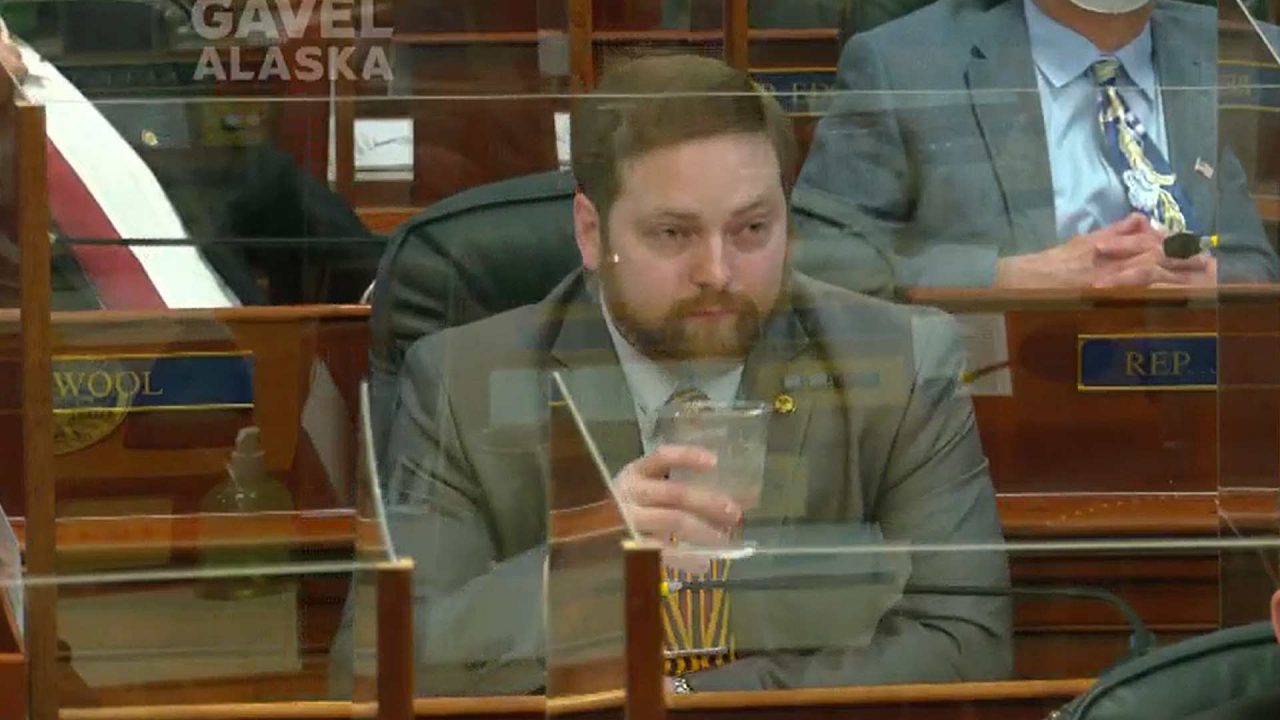 AK legislator derides mask ‘charade,’ then booted from chamber for not masking 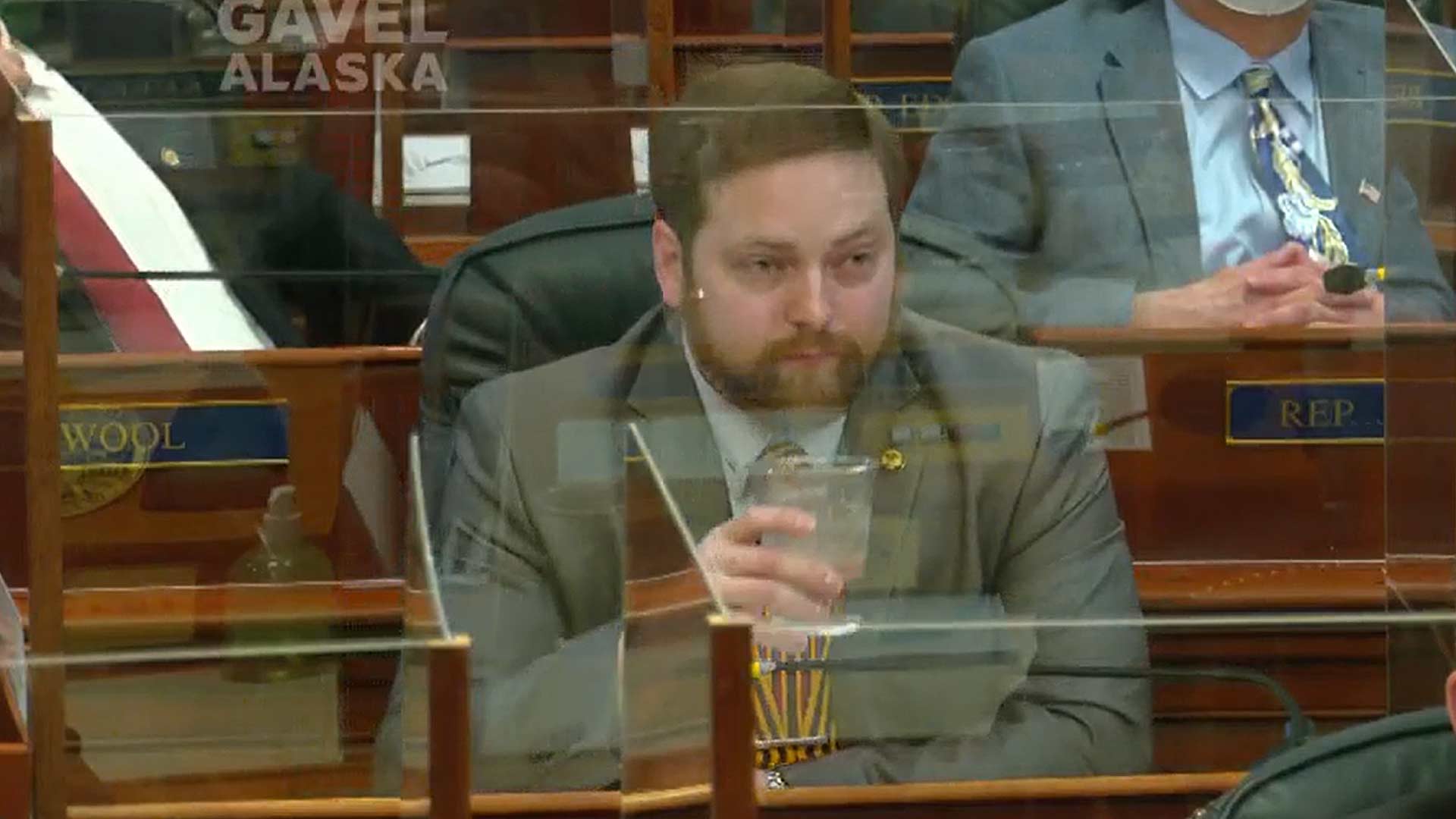 Rep. Christopher Kurka (R-Wasilla) gave a blistering speech against the Alaska House rules requiring all members to wear facemasks while in the Capitol Building.

Kurka’s March 15 address on the House floor called the protocols “little more than a thinly veiled power play,” which is rife with double standards and inconsistent application.

Following his delivery, Kurka removed his mask while drinking from a glass of water. House Speaker Louise Stutes (R-Kodiak) told him to leave the House Chambers.

Kurka gathering his things and walked out.

Below is the text of his speech, titled, “Reason and Science.”

As you know, Madam Speaker, there has been something of a flap around here concerning the Legislative Council’s COVID measures, not least of which is the mask mandate in this building.

We all, understandably, have legitimate concerns about the threat of COVID-19, and we all have a stake in ensuring the safety of our colleagues and co-workers. But I can’t escape the ineluctable conclusion that much of the activity masquerading under the guise of safety in this building is little more than a thinly veiled power play.

The other body, for instance, has actually disregarded some of the protocols to fit their desires – they are now allowed to stand and take off their masks while they speak.

There is, however, ample photographic and video evidence of these flagrant violations.

To quote Ralph Waldo Emerson, “Your actions speak so loudly, I cannot hear what you are saying.”

One is left to conclude that there is among us, either – (1) a reckless disregard for the well-being of our fellow man, which I don’t believe; or (2) that my skepticism regarding the efficacy of these protocols is very widespread, even among leadership.

As a consequence, one is left to wonder whether the disciplinary actions meted out have more to do with one having “wrong opinions” than with the violation of safety protocols.

Protocols, mind you, that the Centers for Disease Control, and National Institutes of Health, may be openly pushing, but protocols for which they themselves have provided contradictory scientific evidence on their own web pages.

On multiple occasions I have also witnessed members nearly fainting on the stairs as they gasp for oxygen behind their masks. One member had to lie flat in their office for 15 minutes just to avoid blacking out.

My body, my choice, right?

It is simply unreasonable and lacking in compassion and common sense to foist these measures that are for many members a health risk to them.

My body, my choice, right?

The constitution guarantees the right of the people to petition for a redress of their grievances, yet our constituents are told they can’t enter the capitol. This last weekend Alaskans traveled all the way to Juneau from the Mat-Su and interior regions to pray for legislators, only to be turned away.

Yet government officials can come and go at will, so long as they’re lobbying for money we don’t have, or peddling nostrums we don’t need.

I’m left to wonder … if we didn’t have double standards, would we have any at all?

It’s time to acknowledge that there is no sure-fire way to stop, or even control this virus, beyond what we have already done. It’s time to tell the truth that scientists and medical experts don’t agree on the right course of action. It is time to look facts squarely in the eye and reckon with them.

The vast majority of us who work in this building have either: Already had the virus; or been vaccinated against it.

Jurisdictions that have imposed strict measures are no better off than those that imposed none.

Most of us in this body wear cloth masks. The Centers for Disease Control, while inexplicably encouraging the use of cloth masks, cites one controlled randomized study, which they say is the only one that exists on this issue. The problem is, the study they cite actually says cloth masks not only don’t offer protection, they could actually increase the risk of infection.

It is a study conducted on and for medical workers, but one wonders how these findings wouldn’t translate into common life.

Some notable quotes from the study: The study actually cautions “against the use of cloth masks.”

What are we doing to each other?

“Moisture retention, reuse of cloth masks and poor filtration may result in increased risk of infection.”

“Penetration of cloth masks by particles was almost 97%.”

Another study of 19 randomized controlled trials published by the National Institutes of Health concluded: “Respirators (or N95 masks), if worn continually during a shift, were effective but not if worn intermittently. Medical masks were not effective, and cloth masks even less effective.”

While there was a SUGGESTION that there may be some protection for the healthy … if the sick mask up … SUGGESTIONS are not the language of science.

What are we doing to each other?

Intolerance is a vice. Coercion is evil. Duplicity is repulsive. Control is an illusion.

Virtue is harder, but it is also noble. Tolerance, courage, discipline, magnanimity, and above all charity. These should be the rules that govern our common life.

COVID-19 is here to stay. No measures we take are going to stop it, no matter how repressive, coercive, or un-Constitutional.

As the Holy Scriptures remind us: “God has not given us the spirit of fear, but of power, and of love, and of a sound mind.”

It’s time to let reason and science prevail. It’s time to stop the fear mongering. It’s time to respect one another. And let’s get on with the business of Alaska. Our constituents deserve no less.