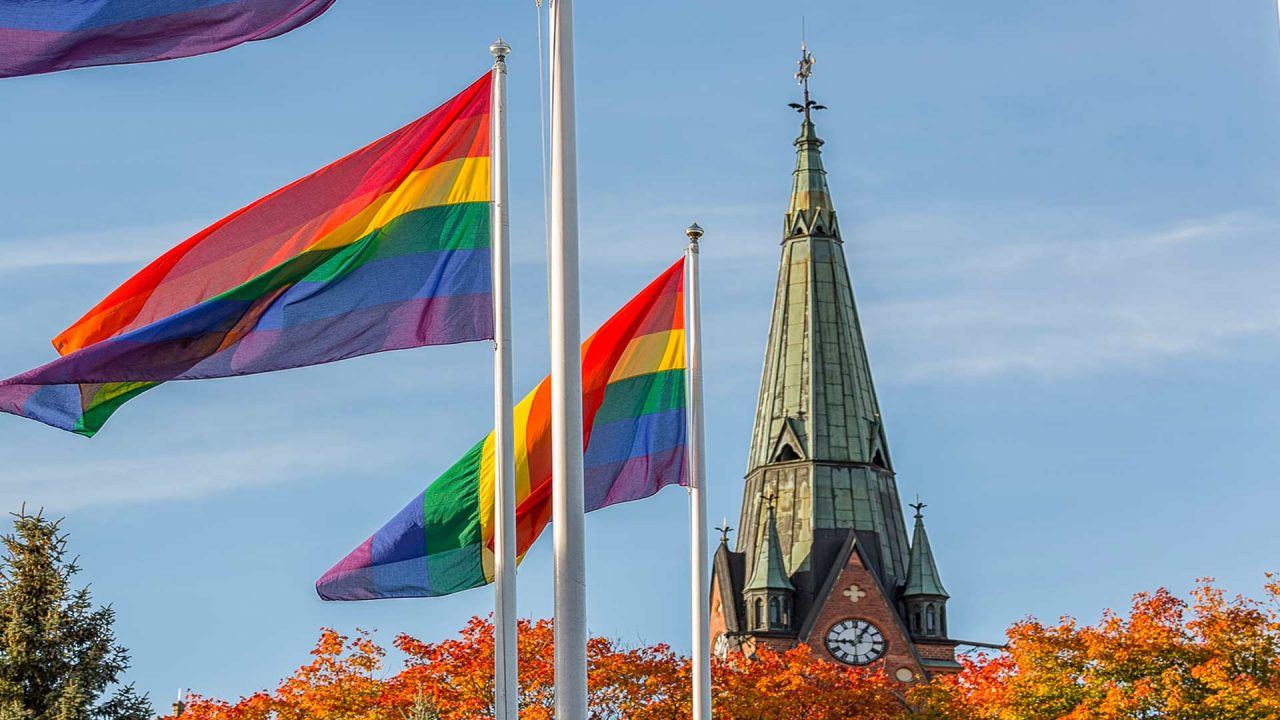 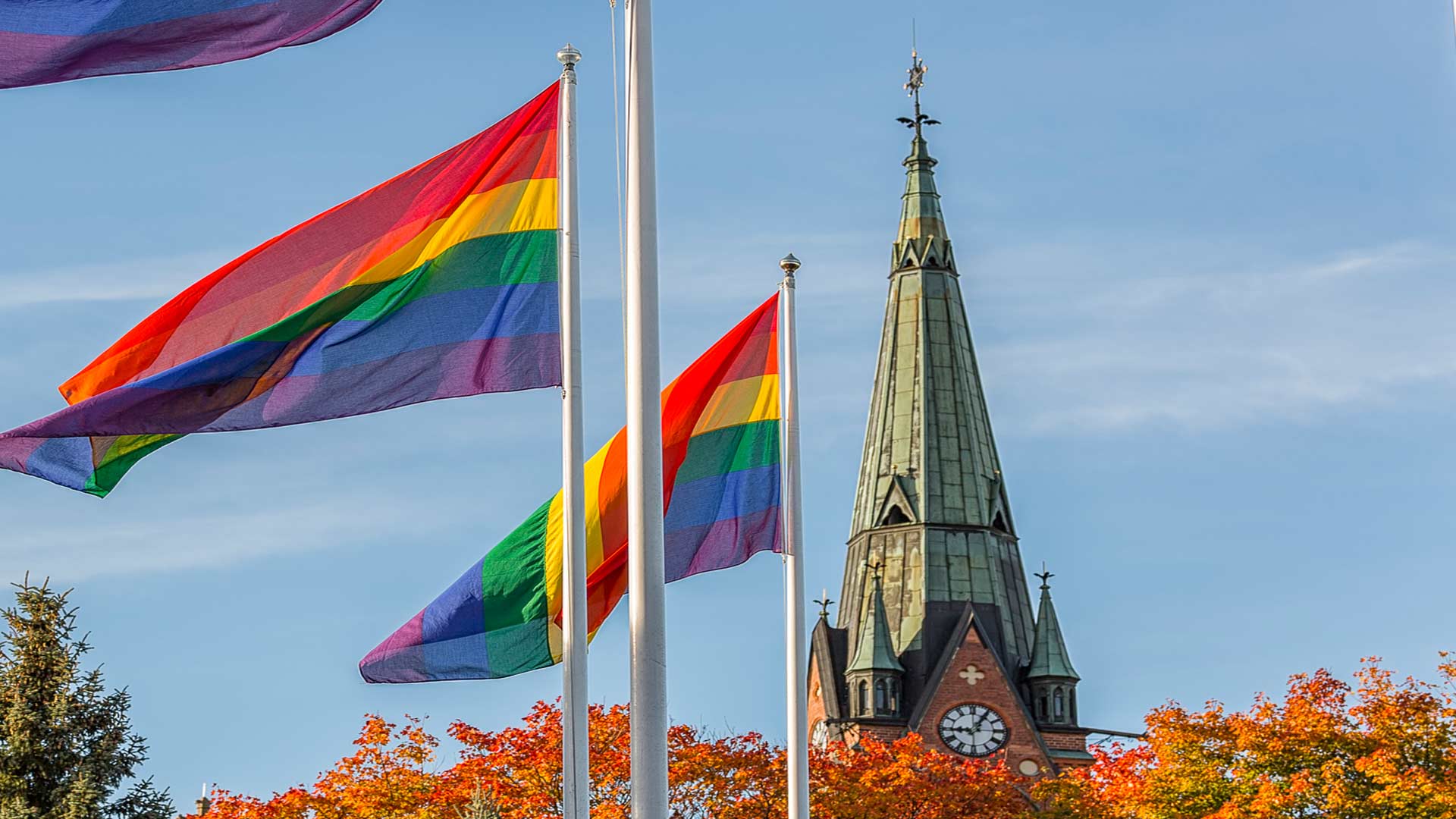 Roughly 30 religious and political leaders gathered in Anchorage on March 18 to address concerns about the Equality Act and what they see as its grave threat to religious liberty, children and the unborn.

Hours before the meeting, the U.S. Senate began debating the Equality Act, which passed the House of Representative last month. If approved by the Senate and signed by President Biden, the law would require churches, nonprofits and private businesses to adhere to radical notions about human sexuality and abortion in order to operate in the public square.

Using Zoom, a panel of national public policy influencers addressed the in-person attendees, who included Protestant, Catholic and Evangelical leaders from across Anchorage and the Mat-Su. Another 50 people followed online.

Alaska Family Council President Jim Minnery organized the gathering with the aim of educating and mobilizing believers to resist the Equality Act. He began with a brief overview of where Alaska D.C. delegation stands on the issue.

Rep. Don Young, normally a reliable vote on conservative social issues, chose not to cast a vote when the Equality Act narrowly passed the U.S. House on Feb. 25.

“In particular, I strongly believe in protecting freedom of religion and religious liberty…”

“Most of you know that Rep. Young chose not to vote at all,” Minnery said. “I can’t say for sure why that happened, but it did.”

He noted that both U.S. Senators from Alaska – Dan Sullivan and Lisa Murkowski – are not in support of the Equality Act.

After sending out a letter earlier this month, which indicated an openness to passing the measure, Sullivan issued a slightly revised statement on March 18 which made it clear that he has serious concerns with the Equality Act.

Sullivan said he is “committed to the principle of non-discrimination,” especially when it comes to the area of employment.

“The Equality Act, however, significantly expands beyond employment and I have deep reservations about it,” he wrote. “In particular, I strongly believe in protecting freedom of religion and religious liberty, which is guaranteed by our Constitution as well. We must ensure that the sincerely held religious beliefs of Americans and the institutions in America that are founded upon such beliefs, such as houses of worship and religious schools and universities, are not infringed upon.”

“It is going to impose a sexual orthodoxy on every square of society,” Kao said.

Both Minnery and Alaska Republican Party Chairman Glenn Clary told attendees that they have heard from Murkowski’s staff that she does not support the Equality Act in its current form.

Emily Kao, of the Heritage Foundation, told the Alaska gathering that the legislation is more than just a threat to religious freedom.

“The Equality Act would be devastating to religious freedom, but also to women and children,” she said.

Kao said the proposed law threatens the privacy and security of women and girls who would be forced to use bathrooms and locker rooms with members of the opposite sex who identified as women. She said it could also have a profound impact on public school curriculum, leading to the introduction of federally mandated gender identity courses in all public schools.

“They could be taught this very confusing ideology at a very young age and become confused about whether they are a boy or girl,” Kao said.

“We as a people of faith, Catholic, Christian, whatever are faced with this dilemma,” Webber added.

Even private schools could be threatened with a loss of federal funds – such as free and reduced school lunches – if they resisted the Equality Act mandates, she added.

“It is going to impose a sexual orthodoxy on every square of society,” Kao said.

Medical facilities are another area of concern. She noted that hospitals could violate the Equality Act if they failed to provide cross-sex hormones and sex change surgeries, a practice which many faith-based hospitals refuse to do.

Chuck Webber, director of the Kansas Catholic Conference, spoke about the need for pastors and religious believers to stand strong in support of a traditional understanding of marriage and human sexuality. It wasn’t too many years ago when no one would have questioned that marriage was between and man and a woman or that every child deserved a mother and father, he said. That’s no longer the case.

“We as a people of faith, Catholic, Christian, whatever are faced with this dilemma,” Webber added. “This is the battle we face.”

Webber said the faith communities must “see the face of Christ” in those who are victimized by this ideology, but we “cannot allow our churches and institutions to be used to promote immoral actions.”

Autumn Stroup, of the Family Policy Alliance, echoed some of the same concerns, adding that churches must be bold in preaching the core truths of their faith. If lawmakers see that churches don’t really address these issues anyway, it makes it that much easier for them to take away rights from the church, she said.

Calling the Equality Act one of the most dangerous bills the church has ever faced, Stroup warned that it specifically removes any religious exemptions from the law.

The fate of the bill remains uncertain. It would take 60 senators to override a filibuster. If, however, the Senate does away with the filibuster Democrats could pass the measure with just 50 senators and Vice President Kamala Harris’ tie breaking vote.

Without a filibuster, Kao said everything would hinge on Sen. Joe Manchin, a Democrat from West Virginia, who has expressed some reservations about the Equality Act.