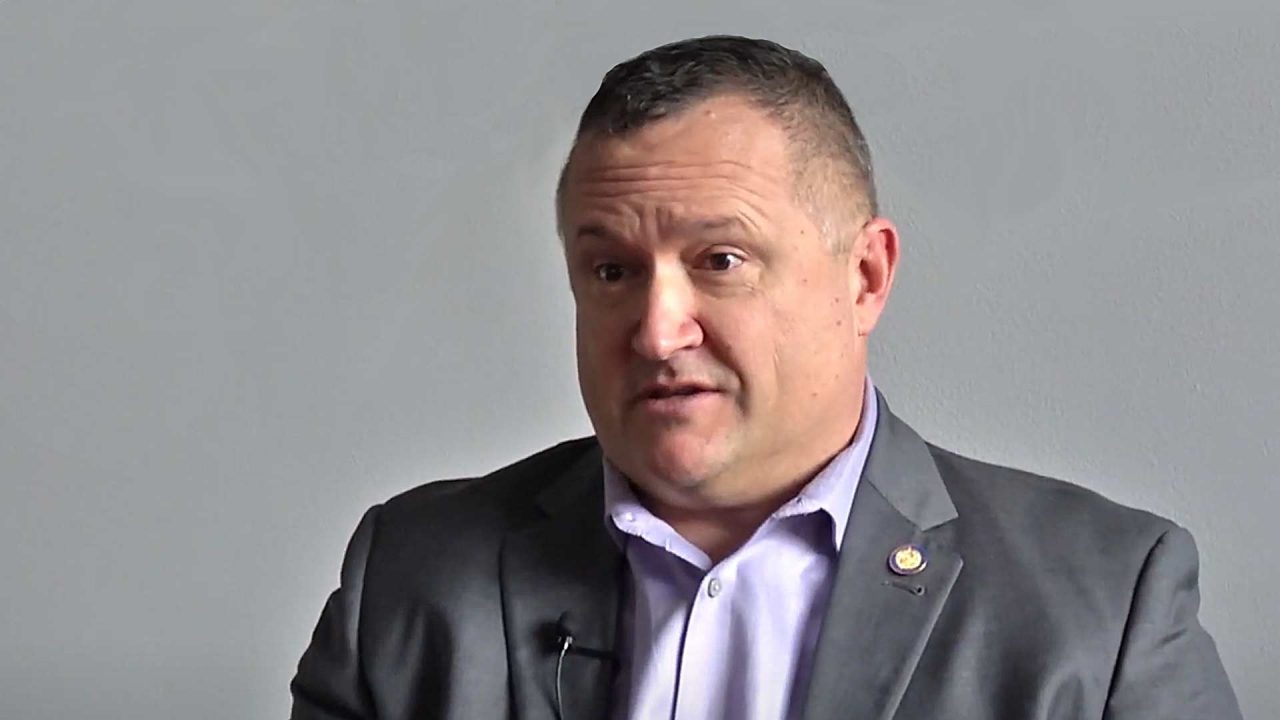 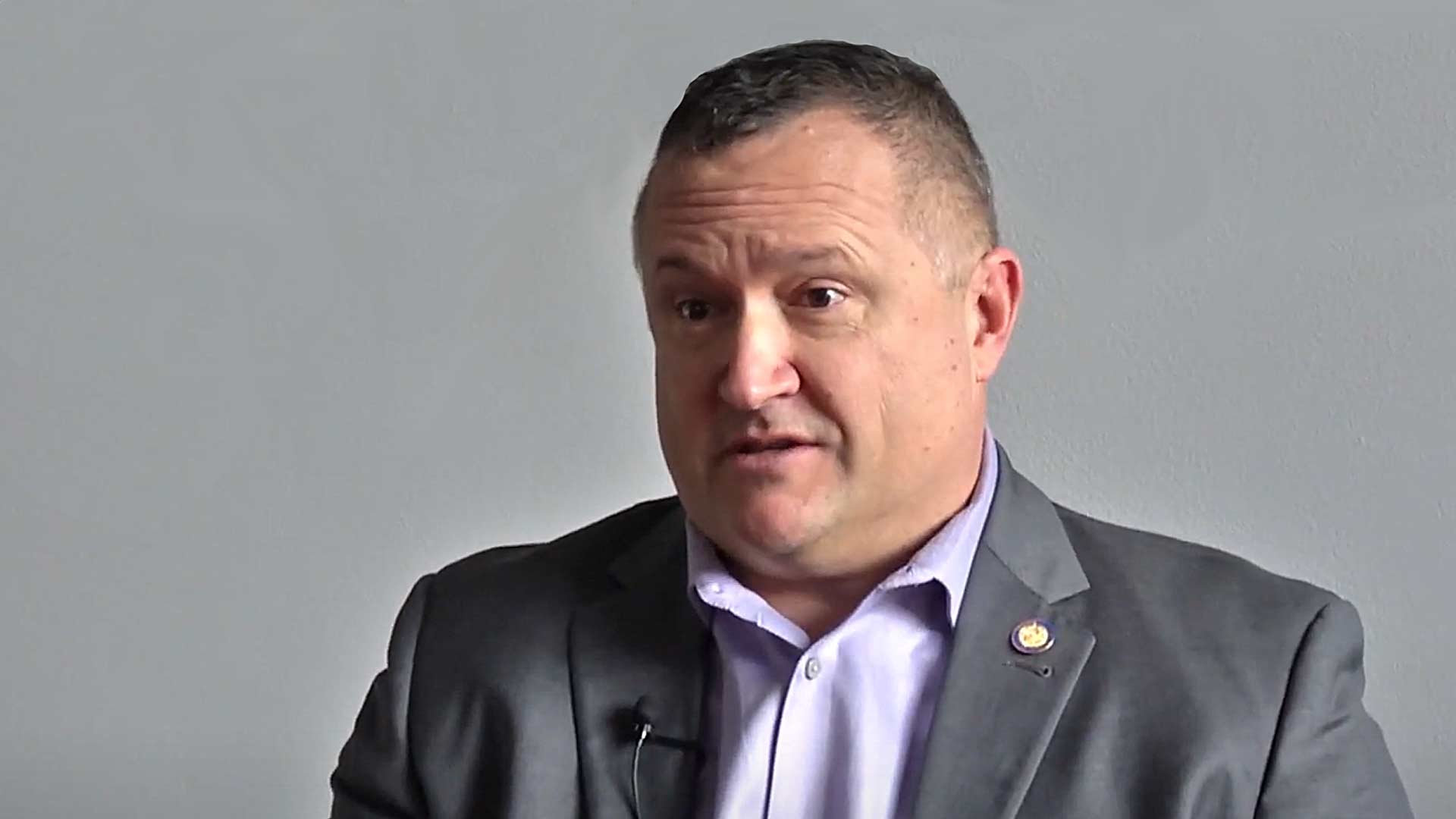 Sen. Mike Shower (R-Wasilla) has undertaken a monumental effort to address a litany of election problems plaguing Alaska. From wildly inaccurate voter rolls to questionable registration practices to widespread inconsistencies in the handling, tracking and destruction of ballots, his Senate Bill 39 addresses deep-seated issues that have undermined election integrity.

As might be expected, Shower has received massive pushback from many on the left, who claim he is trying to suppress the vote. He has, however, been working on election integrity issues for more than three years. Two years ago, he introduced a version of SB 39 when Democrats were complaining that Trump’s 2016 election was tainted by fraud, Russian interference and voter suppression.

“One of the most important myths, I’m trying to dispel is that we did this because of this last election – a few months ago. Which is absolutely, categorically a lie,” Shower told the Watchman.

Complaints over Trump’s 2016 victory, combined with allegations of election interference against former House Republican Gabrielle LeDoux in her 2018 election campaign, caused Shower to wonder how Alaska was doing in terms of voter integrity.

You can’t have 30 different versions of how an election is supposed run on election night.

“We started digging and it turned out we had problems,” he said. “We don’t have a chain of custody for all the mail-in ballots and absentees. Our voter rolls are way out of date and we have this automatic voter registration with felons signing up to vote by applying for PFDs.

Shower finds it a bit inconsistent that the left is now opposing his efforts after complaining about voter fraud for the past four years.

“The left gets the White House, the Senate and the House and now they say my bill is voter suppression,” he said. “Where were they two years ago when I first filed the bill? It’s political and partisan.”

That said, Shower is working with Democrats to address some of their concerns so he can get the bill over the finish line.

“The primary purpose of this is to ensure chain of custody so we know every ballot goes to the right person and we can track that,” Shower said. “All of this we want to do while making sure that anyone who is eligible gets to vote and their vote counts. We don’t want one ballot one vote. We want one person, one vote.”

Shower also wants to address the problem of ineligible Alaskans being automatically added to the voter rolls via their PFD applications. Shower said he has heard from the Lt. Governor’s office about serious problems with this practice.

“People are getting registered to vote who are not eligible,” he said. “You can apply for the PFD and then the PFD division goes through their vetting process and they determine whether you’re qualified. However, the Division of Elections just gets the raw data from the PFD division. They don’t cross check it. They just register them to vote.”

That includes some non-citizens and felons who are not eligible to vote, he said.

Shower noted that there is roughly 720,000 or so people living in Alaska, with nearly 600,000 currently registered to vote. When you account for 120,000 school age children under age 18, convicted felons who can’t vote and another 60,000 non-citizens or transients who are ineligible to vote, the numbers don’t add up.

“From what we found, there should be around 480,000 or so people who are eligible to vote,” Shower said. “We believe there are up to 120,000 more people who are registered and potentially voting who shouldn’t be. They are either gone, moved, dead, not eligible, you name it.”

Initially his bill was crafted to allow people to opt-in and choose to be registered when applying for a PFD. Now it allows people to opt-out. It’s not perfect, Shower admitted, but at least PFD applicants are not automatically registered to vote.

Shower’s bill also aims to standardize the handling and destruction of unused or spoiled ballots, a practice that now varies widely across the state, he said.

“If ballots are not used on election night, we should mark them so somebody can’t get ahold of them and use them,” he said. “With spoiled ballots, what happens to those? In the past we’ve had all these different policies – they might be burned, they might be shredded, some might get sent back. Enough, stop. Everything that gets sent out – the spoiled and unused ballots – should come back to the same collection point so that we know the Division of Elections and it’s director tracks every single ballot.”

DESTROYING BALLOTS IN A SINGLE LOCATION

Once ballots are counted and the unused ones returned, SB 39 requires that they be destroyed in a single location, under supervision of the director of the Division of Elections.

“Command and control – let’s have it in one place under one person,” Shower said. “You can’t have 30 different versions of how an election is supposed run on election night, and that’s what we’re finding happens in how they collect unused ballots and treat spoiled ballots.”

But before any ballots are destroyed, Shower’s bill requires the state to hold them for 22 months, rather than the current 30 days.

“That way we can have audits, people can contest elections, file lawsuits – whatever,” he said. “Why throw away the evidence after 30 days? Just save them for 22 months. That way the evidence is all there.”

To address ballot harvesting abuse, Shower’s bill would make it illegal for paid political operatives to travel around and gather up ballots from individual voters, a practice that leads to lost ballots and ballot tampering.

“We said no ballot harvesting at first and a lot of people got upset,” Shower said of his initial bill. “I understand, they want family members to be able to help older people. Fine, so we said no professional ballot harvesters who are paid as part of a political ground game.”

“We don’t want to see tight elections, where people don’t know what’s happening for days,” he said. “Right now, there is great leeway on how they do things. As soon as the paperwork shows up you need to start counting.”

“If legislators see a massive outpouring on the other side they will realize that a lot of Alaskans actually support this.”

Even before election day, though, Shower would like to see election officials begin the process of curing ballots that have been marked ineligible for whatever reason. HIs bill calls on election workers to contact voters whose ballots were improperly marked to give them a chance to make needed corrections before the election deadline.

“This is something the left wants and I’m okay with it,” he said. “We don’t want to reject ballots if we can give people a chance to fix them. Right now, we just reject them and people don’t find out. We can do better than that.”

Some Democratic lawmakers appear open to his bill, but there is considerable resistance from far-left activist groups, which must be countered, Shower said.

“I need voters on the right, conservative, Republican or moderates and libertarians who know voter integrity is important,” he said. “I need people to call their legislators, send emails, call in for public testimony.”

The bill is currently in the Senate State Affairs Committee, where it will have its next hearing on April 8.

“If legislators see a massive outpouring on the other side,” Showers noted, “they will realize that a lot of Alaskans actually support this.”