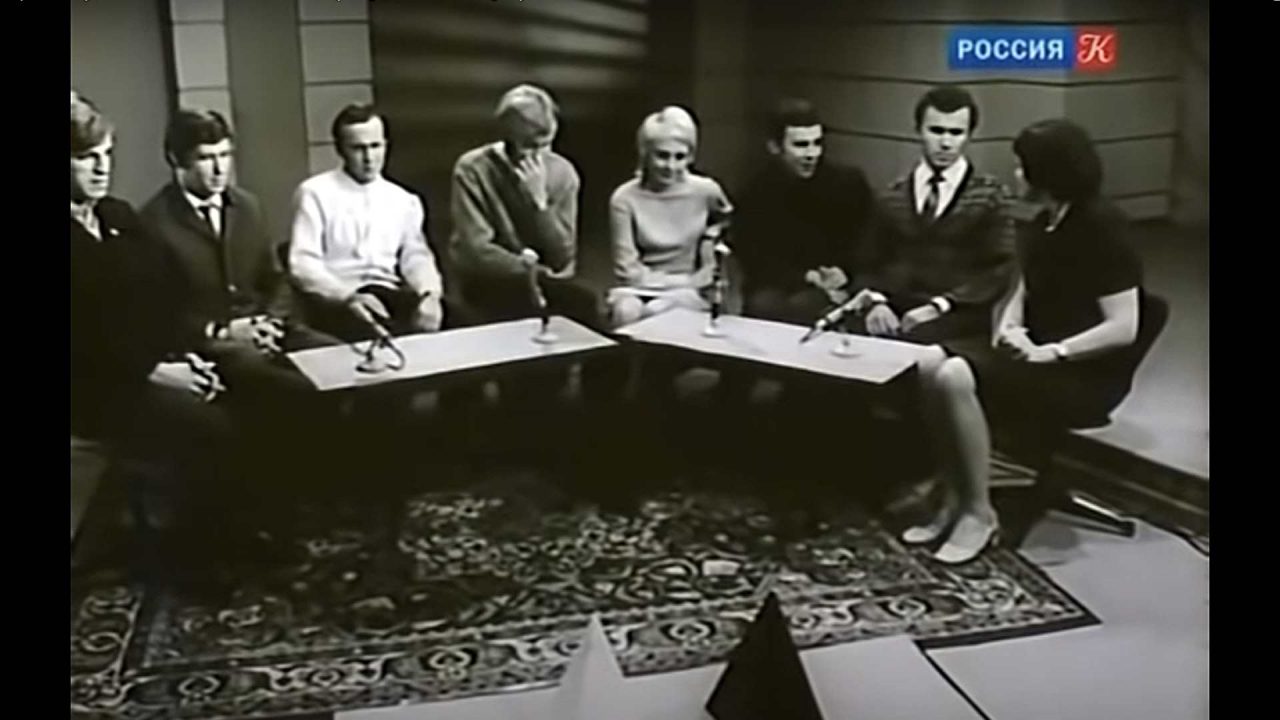 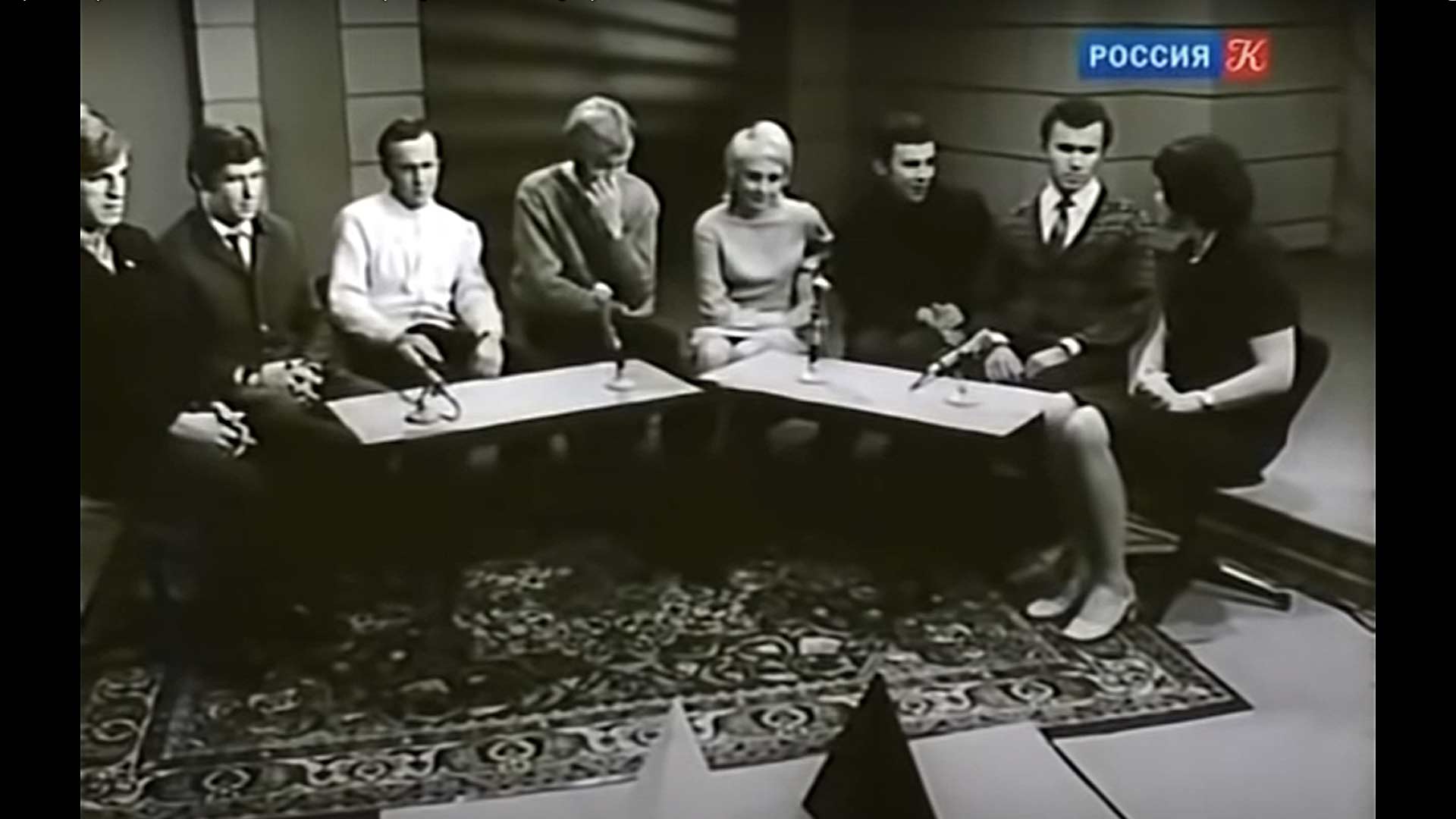 Communist propaganda in the Soviet Union was based on Marxist–Leninist ideology in order to advocate for the Communist Party agenda. This propaganda was one of many tactics the Soviet government utilized to control citizens in all spheres of social life, including education, science, art, literature, music, fashion, work, and the list goes on.

Western modern art, popular music, extravagant fashion, discoveries in natural science (genetics and cybernetics), anthropology (structuralism, symbolism and neo-evolutionary theories), psychology (empiricism and intelligence) and sociology (agency, rationality, structure and system) were condemned and forbidden by the Soviet government as “bourgeois life-style and pseudoscience.” In order to enforce Soviet socialist ideology, representatives of the internal security were always present at any public meetings, including literature clubs that met in public libraries. I was involved in many of these gatherings with a peculiar individual quietly observing our activities and picking away at our discussions and conversations.

Soviet censorship was employed not only to eliminate any undesirable printed materials, but also to ensure that the “correct” ideological spin was put on every published item. Any deviation from official Soviet propaganda was punished by reprimands, public humiliation, punitive psychiatry, prison, deportation, and loss of citizenship (e.g., Aleksandr Solzhenitsyn).

The Soviet government made a remarkable effort to create a “Harmonic New Man” — one who was selfless, learned, healthy, muscular, and enthusiastic in spreading the socialist ideology (propaganda). Loyalty and commitment to Marxism–Leninism were among the critical traits required and expected of the “New Soviet” man. He was not to be driven by greed and self-interest but by conscious self-mastery and commitment to collective consciousness and representation. He was to be a man who had lost any nationalist sentiments and identity — a man who is a Soviet rather than a Russian, Ukrainian, Belarusian, Armenian or any other nationality or ethnic minority in the former Soviet Union.

In 1971, when I was a freshman history student at Kiev Pedagogical Institute, I participated in a documentary film titled “I and Others.” All participants, unknowingly and without their consent, were subjected to various psychological experiments related to the persuading of an individual by the majority (groupthink). Participants, like myself, were not aware that we were subject to psychological experiments, which had been pre-arranged by psychologists and the film’s producers. The producers pre-tested nearly 100 students from different departments of the school and selected the 10 most articulate and independent–minded. I was 19–years old, well–read and well–versed in many social science subjects, theatre, classical music and the fine arts. And for me, it seemed an opportunity to participate in a film – what an exciting experience!

After the film was completed, it was released by the Soviet authorities for several years. Later, in the mid–1970s, realizing that the film could do more harm than good to the Soviet political and ideological regime, the movie was forbidden to the public, classified, and archived in secret facilities.

The psychological experiments in the film demonstrate that nearly anyone can be easily indoctrinated, manipulated and brainwashed by the unified opinion of the majority, combined with mass-media propaganda. Unfortunately, I never had a chance to watch the film in the Soviet Union, because I was not invited to the December 1971 premier. I recall, however, that at the end of the filming in October/November of 1971, the producer, Felix Sobolev, approached me in a friendly manner, put his arm around my shoulders and whispered, “Never trust a majority of people that speak in one voice, believe in yourself and stand for your views.”

The film was again released to the Russian public in 2012 (I left the Soviet Union on March 16, 1977). My good friend from Moscow sent me a YouTube of this documentary in the spring of 2020. By then, I had nearly forgotten about it. Nevertheless, it was amusing to look at the person I was 49 years ago. My appearance in the film starts at the 37:45-minute mark and runs to 41:42 minutes. Viewers, do not be shocked! Yes, after three different experiments and intense behind the scenes brainwashing and “compassionate” manipulations by the producers of the film and their staged assistance, I was convinced that black pyramids and white pyramids are both white.

I realize now that these psychological experiments had been a traumatic experience for me, and had affected my life and decision–making processes ever since. Today, I acknowledge that I and other participants in this film were a product and reflection of the collective consciousness and collective representation of the socialist ideology and Soviet upbringing. Indeed, the senior psychologist, consultant and interviewer in this film, Dr. Valeria Mukhina, and others involved in the production, knew exactly how a Socialist “New Man” was made within an atmosphere of limited freedom, liberty and intellectual views.

As a result of participating in this film, I learned an important lesson: examine closely the premises of all groups, listen critically, and try to avoid the influence of mass media, which is easily manipulated by propagandists. I encourage our youth always to form their own credible and empirical opinion no matter how difficult it is to resist majority group–think and notions of collective consciousness, collective representation, and collective responsibility, especially when combined with a vigorous mass media propaganda.

For my friends and fellow Americans, do not allow Marxist–Leninist ideology to replace the core cultural, religious and moral values of our diverse, free and democratic American society. Otherwise, our next generation will call “black and white” both “white.”

I wish that the film “I and Others” had English subtitles, so everyone could watch various psychological experiments presented in the film and grasp the entire production of it. Russian speakers, however, will thoroughly enjoy and understand the narratives in this film.