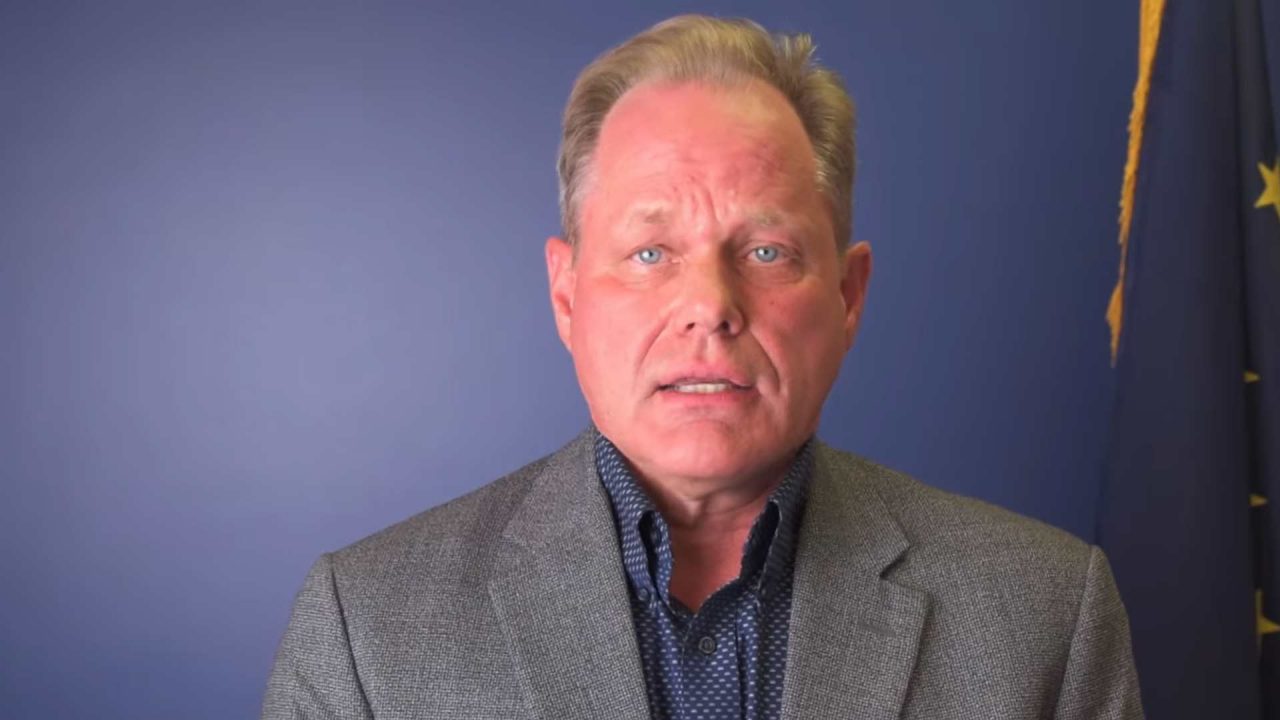 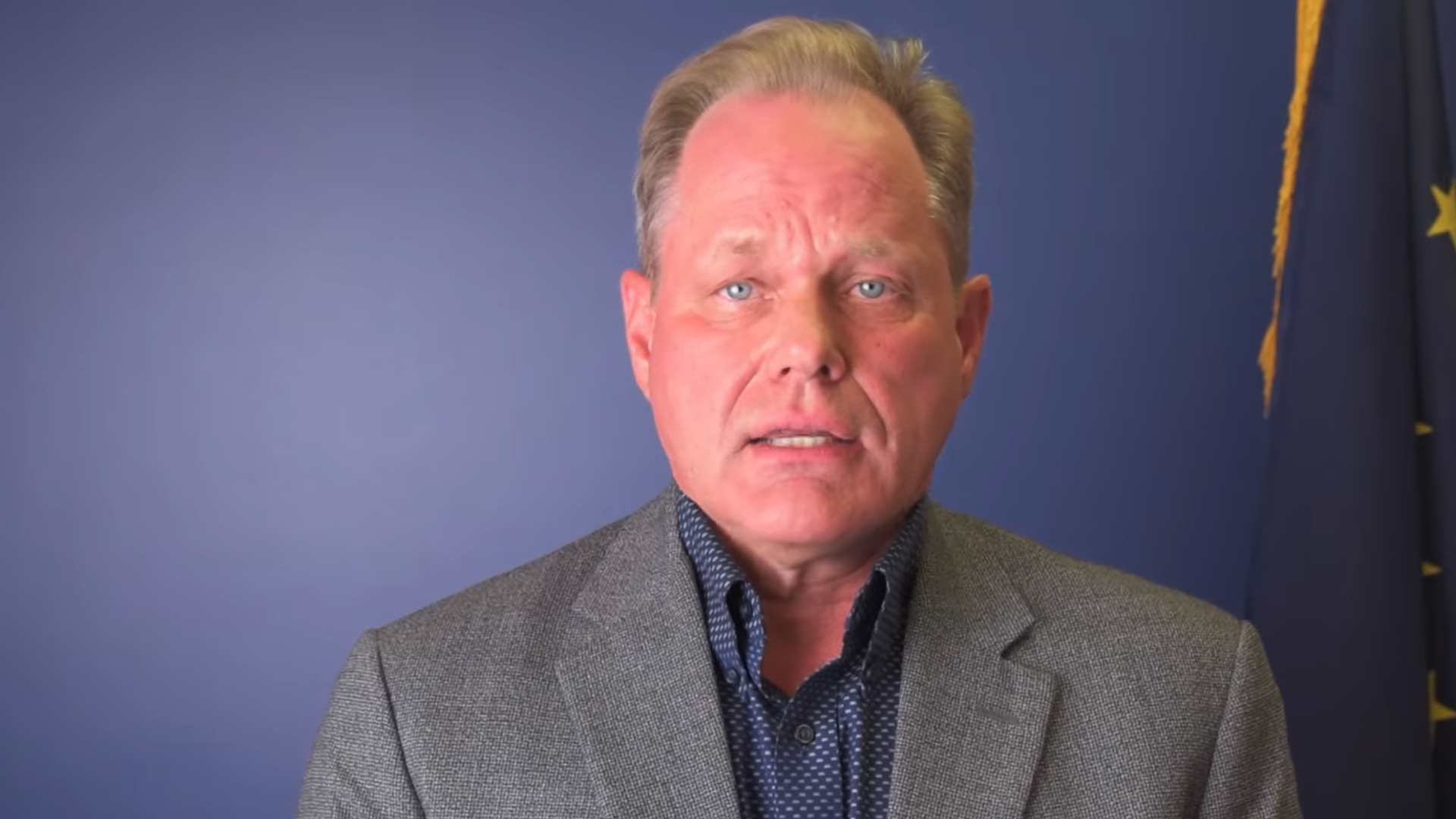 Anchorage Mayor Dave Bronson adamantly opposes an attempt by the Anchorage Assembly to bypass his authority and reimpose a citywide mask mandate on nearly every resident.

The mayor issued a strong condemnation of a draft ordinance introduced by the liberal block of the Assembly on Sept. 20. It will be up for public hearing during the Sept. 28 Assembly meeting.

“Let me be clear, I am opposed to this ordinance,” Bronson emphasized in a newly released video response. “I believe it is heavy-handed, out of line with the will of the people and businesses of Anchorage, and it serves as just the latest example of how this Assembly believes it must force people into submission through fear and government sanctions.”

Bronson encouraged Anchorage residents to turn out for the next Assembly meeting and voice their concerns.

It’s clear that this Assembly has a savior complex and is hell-bent on violating public constitutional rights.

On Sept. 20, the Assembly held a contentious special meeting to get the draft ordinance introduced so it can be acted upon at the upcoming meeting. The meeting occurred in City Hall with Assembly Chair Suzanne LaFrance warning members of the public to refrain from making comments out of turn and to mask up while in the room. They did not appear to comply with the latter request.

After the proposed ordinance was introduced, Assemblywoman Jamie Allard called out her liberal colleagues for overstepping their rightful authority and trying to impose a mandate which the mayor has said he opposes.

“It’s clear that this Assembly has a savior complex and is hell bent on violating public constitutional rights,” Allard said. “This body will not stop until they get what they want. There is no doubt the Assembly is absolutely exceeding its authority. We are a legislative branch, and we have an executive branch which the Assembly continues to disregard.”

Assemblyman Christopher Constant asked for a “quick rebuttal” to quip: “I would just say that is a member’s opinion.”

During the limited time set aside for public comment, participants voiced overwhelming opposition to a new mask mandate. Eight of the 10 participants blasted the plan, with many calling it an unenforceable intrusion into doctor-patient relationships.

Please do not violate the separation of powers found in Alaska Statute and in the muni code.

Local attorney Mario Bird wrapped up public comments by warning Assembly members that their attempt to bypass the mayor and enforce a mask mandate could be a violation of the separation of powers as spelled out in both city code and Alaska statute. Bird noted that allegations of violating separation of powers is grounds for recall, according to a recent Alaska Supreme Court ruling.

“I don’t want any more recalls,” he said. “I would rather see our Assembly members serve and fulfill their oaths and uphold the laws. What we have here in municipal code, number one, is a very clear delineation that the Assembly has legislative powers, and number two, the mayor has executive powers … Please do not violate the separation of powers found in Alaska Statute and in the muni code.”

Assemblywoman Crystal Kennedy said she was “rather shocked” by her colleagues plan.

It is unclear what options the Assembly has for enforcement since the mayor controls law enforcement.

None of the Assembly members supporting the mandate spoke on the issue. The ordinance, however, notes that Mayor Bronson has refused to impose a citywide mask mandate, and then even acknowledges that he has “management authority over Municipal buildings” according to city code, which includes “issuing directives regulating their use.”

Nevertheless, the ordinance states that so long as Anchorage is in “high alert level” meaning either there are either more than 50 new cases of COVID-19 per 100,000 persons in the city over the past 7 days or the “percentage of positive COVID-19 tests in the past 7 days exceeds 8%” the mask mandate will be in effect.

If passed it would require that “all individuals must wear masks or face coverings over their noses and mouths when they are indoors in public settings or communal spaces outside the home; or outdoors at large crowded public events.”

Limited allowances are made for those who cannot tolerate a mask for physical or mental reasons or for those working in environments where masks pose a danger. The mandate does not apply to children under age five or to presenters, musicians and other communicators who are 10 feet from the audience. Nor does it apply to competitive wrestling.

The onus of enforcement falls to employers who must “deny admittance to any individual who fails to comply with this ordinance and shall require or compel removal of such individuals from the premises.” This includes city buildings which are under direct control of the mayor.

The ordinance ends by asserting that the city “reserves the right to use all available enforcement options to assure compliance with this order.” That said, it is unclear just what options the Assembly has since the mayor controls law enforcement throughout Anchorage.

If passed, the mandate would remain in place until Dec. 31 unless otherwise lifted by the Assembly.