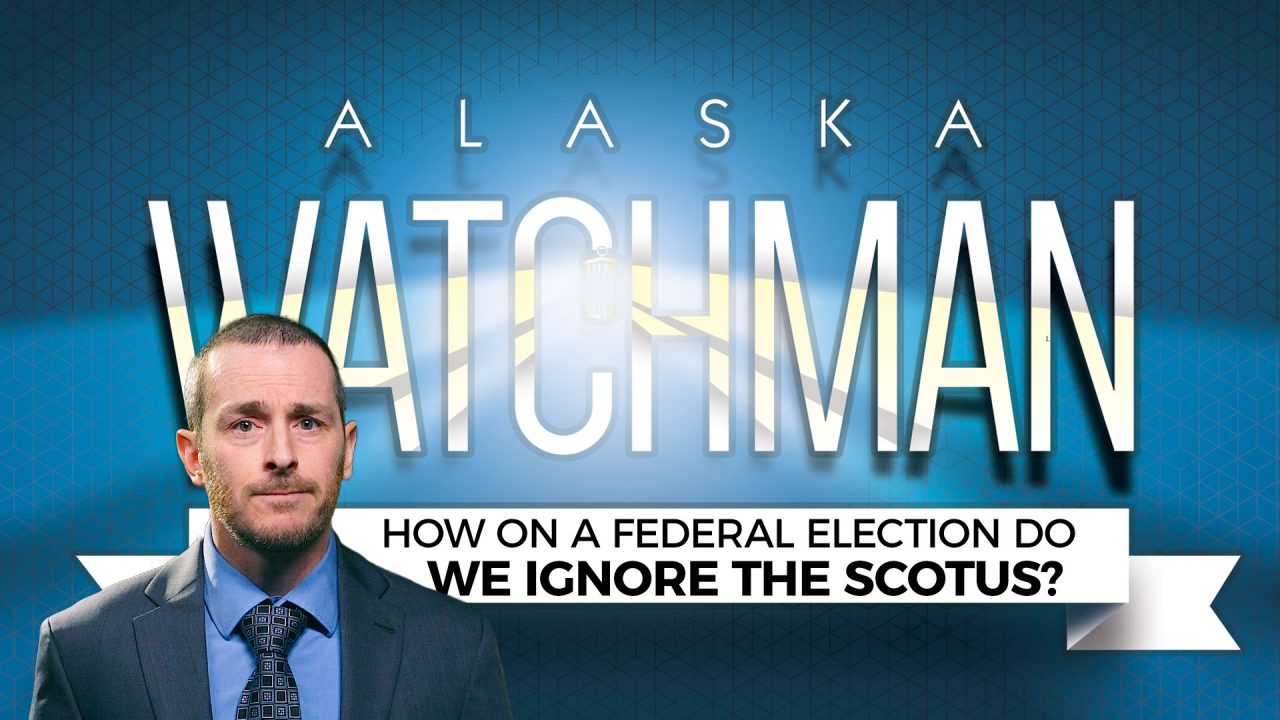 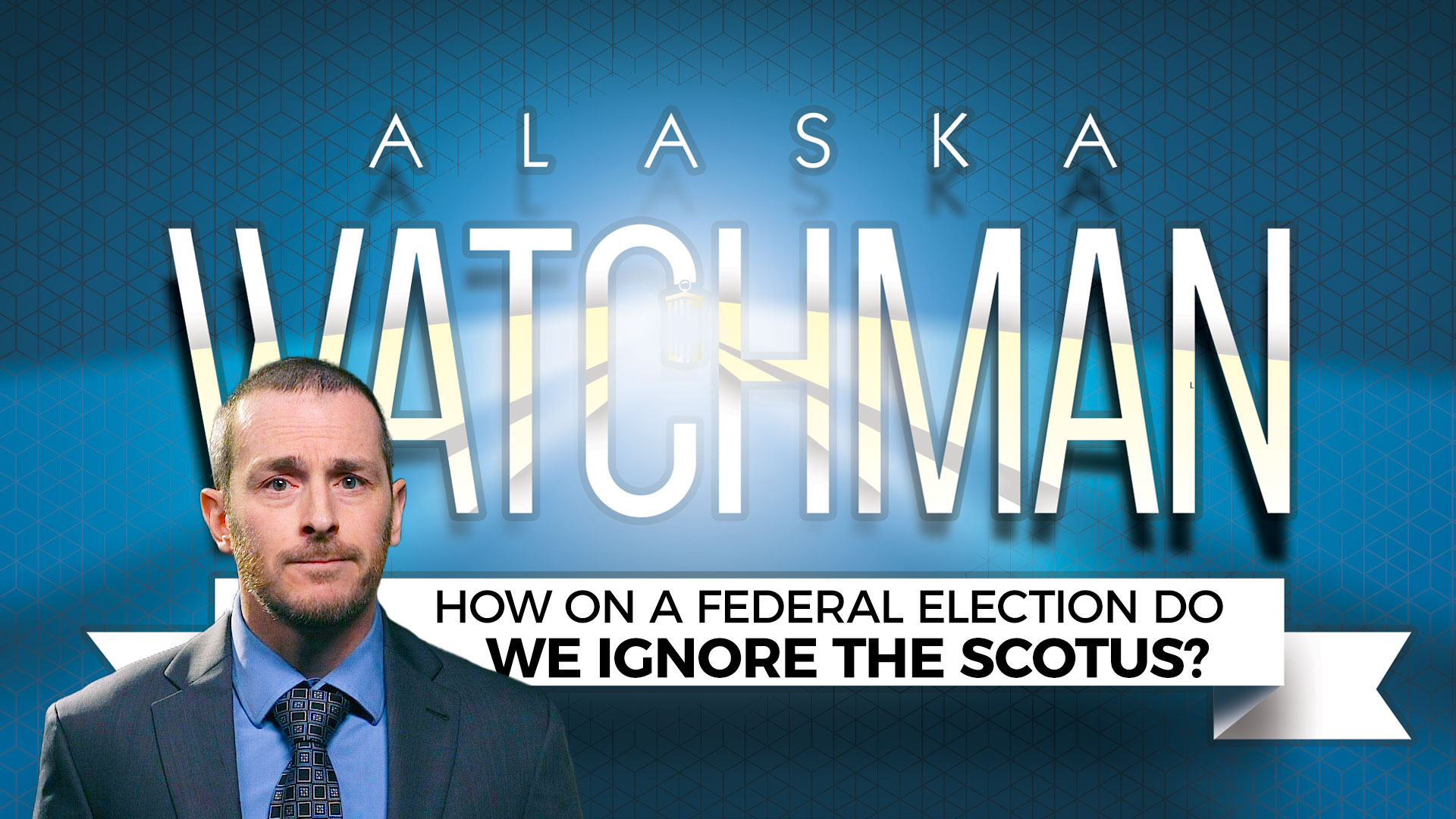 If a football field were 80 yards long instead of 100, how many more touchdown passes would Tom Brady have thrown? If batters in baseball had four strikes instead of three, how many more homeruns might Barry Bonds have hit? Or, for you cynics out there: how many more touchdowns would Tom Brady have if he could deflate his footballs? Or, if mandatory steroid testing had been in place, would Barry Bonds, or Mark McGwire, or Sammy Sosa still have broken the home run record?

“All of this would be an unqualified good, were it not for a trend in government that has developed in recent centuries, called democracy.”

I discussed this back in April, recalling how the Alaska Legislature made it a law for absentee votes to be witnessed. A year ago, Anchorage Superior Court Judge Dani Crosby set aside this Witness Requirement Rule in favor of the “right to vote.” The Alaska Supreme Court upheld that ruling, but promised to issue an opinion explaining its decision at a later date, after the election. And so, last week – eleven months later – the Alaska Supreme Court issued its opinion in State v. Arctic Village Council, explaining that the risk of some absentee voters contracting COVID-19 from a witness was too great to require a witnessed ballot, and the State’s interest in deterring voter fraud “did not justify the burden on the rights of absentee voters guaranteed by article V, section 1 of the Alaska Constitution.” This built upon a tradition of “right to vote” cases, including cases where the Alaska Supreme Court promised to “vitiate the election or determine which candidate was elected” in the case of misconduct.

As Justice Antonin Scalia put it, “All of this would be an unqualified good, were it not for a trend in government that has developed in recent centuries, called democracy.”

See, the actual text of Article V, section 1 says nothing about voting rights, absentee or otherwise. It has plenty to say about qualifications to be “prescribed by law,” that is, the Alaska Legislature. Section 3 states that absentee voting methods “shall be prescribed by law,” but that’s it. The only time the word “right” appears in all of Article V is the “right of appeal to the courts” for determining election contests – but that, too, is prescribed by law. Or, the rules of the game, as written by the Alaska Legislature.

So how do courts find “voting rights” that are not in the text of the Alaska Constitution? For that, we have to turn the clock back over 40 years, to the 1978 case of Carr v. Thomas. Quoting courts from New Mexico and Texas, the Alaska Supreme Court declared that “even where statutory terms have been construed as mandatory, it has been held that the right to vote is a superseding mandate.” In other words, the basis of the right to vote was found not in the text of the Alaska Constitution, but in opinions from other state courts.

It’s not as if the Alaska Supreme Court has always erred on the side of the non-textual “right to vote.” The first time the phrase “right to vote” appears in a 1961 case, the court is referring to the Organic Act of 1912, which prescribed the “qualifications of electors” – or Alaskan voters. Perhaps unsurprisingly, qualifications of voters, and the requirement of “actual and bona fide” residency, was the subject of hot debate at the Constitutional Convention. But nowhere was the “right to vote” expressed as anything other than something that could be – and was – limited by law.

“…but in the case of the Arctic Village Council, we can’t burden the rights of absentee voters… because COVID.”

Nor has the Alaska Supreme Court always debunked election legislation – on the contrary, sometimes it has insisted upon following the law, despite allegations of voter fraud. That was the case eleven years ago in Miller v. Treadwell, or, The Murkowski Write-In Miracle. When Miller challenged the validity of certain ballots, the Court declined to offer its judgment because “Miller cannot avoid the avenues established by the legislature to challenge elections.” Avenues Joe Miller must follow, I guess, but not the Arctic Village Council.

Here’s where things get really interesting. Ten years ago, in the Miller case, the Alaska Supreme Court based its decision, in part, on the 2000 U.S. Supreme Court case Bush v. Gore. You remember: “hanging chads”. Here’s the Alaska Supreme Court quote on Miller’s case: “When the state legislature vests the right to vote for President in its people, the right to vote as the legislature prescribed is fundamental.” So in the case of Joe Miller, we must defer to legislatively prescribed voting law, but in the case of the Arctic Village Council, we can’t burden the rights of absentee voters… because COVID.

“You would think the Alaska Supreme Court would at least refer to Andino v. Middleton, and you would be wrong.”

The U.S. Supreme Court was again heavily involved in the 2020 elections, and in fact entertained a case from South Carolina where a federal judge had blocked the witness requirement for absentee ballots. Imagine that. The U.S. Supreme Court stayed that order, which meant the witness requirement was enforced, and South Carolinians who voted absentee had to have a witness to cast a valid vote.

All of this may seem academic but irrelevant for Joe Six-Pack and their Vote. It’s not. The State of Alaska experienced two massive hacks on Alaskan names and personal information. What happens if that hacked information found its way into the hands of persons who want to tip an election? What happens if those persons use that information to vote as other persons via mail-in or absentee ballots? If there’s no witness requirement… a lot. You could change the course of an election, and NO ONE CAN PROVE IT, once the ballots are separated from the envelopes.

But that’s too far-fetched. It’s not like Barry Bonds and Mark McGwire were using performance enhancers or anything. Nobody cheats in elections. And, in my opinion, that’s why it should be no big deal to hold a full forensic election audit… and that right soon.