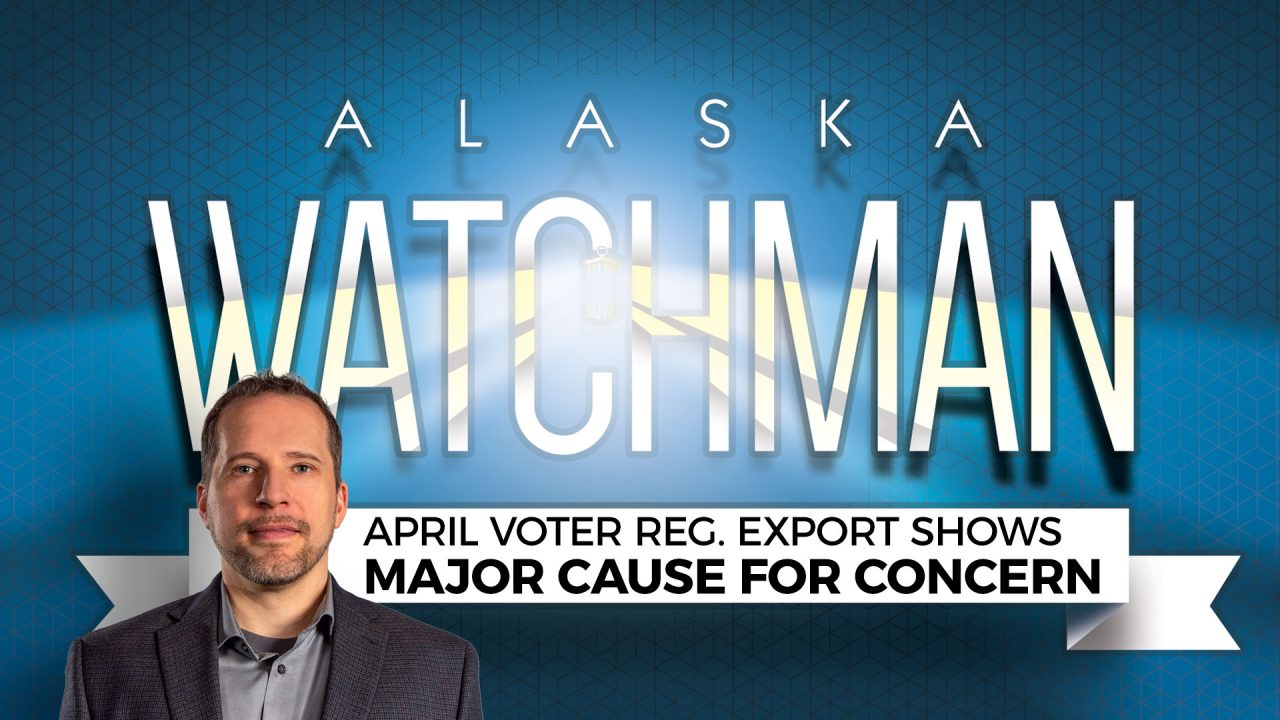 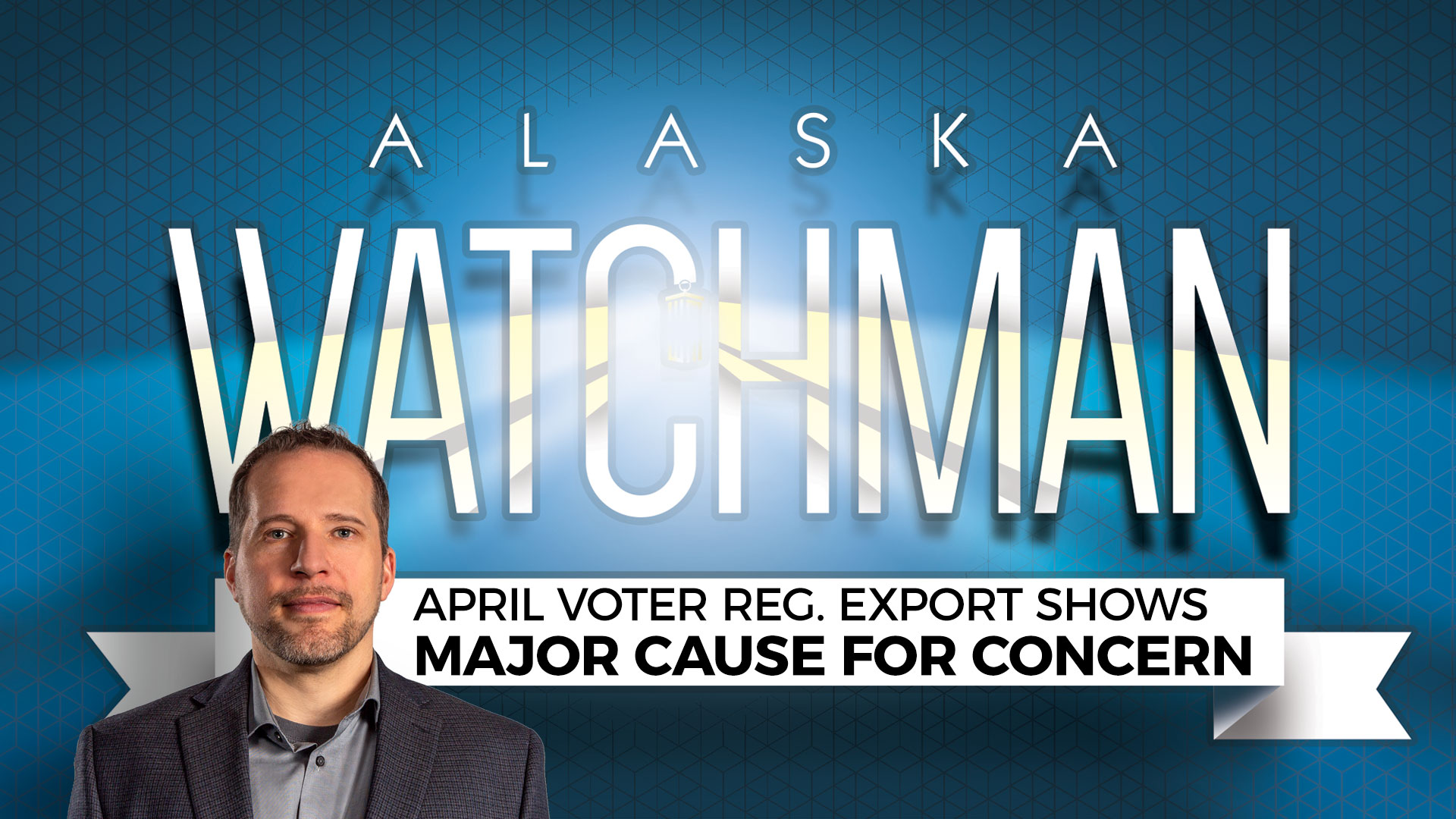 It’s easy to think that with the 2020 Federal Election almost a year behind us in our collective rearview mirror, that everyone must have come around to agreement that there was no ‘there there’ in the recent election. After all, the news cycle is almost universally dominated by COVID these days, no one’s talking about election fraud any more. There are much more pressing things to think about… right?

Wrong. As a society, we have a collectively abysmal memory…

“Trust in free and fair elections IS the hallmark difference between a Republic, and a Banana Republic.”

The Alaska Watchman was recently provided a State of Alaska Voter Registration database from April of this year, given to us by to a concerned reader who paid $20 for the list, which has some striking information we’d like you to consider. When we asked the Division of Elections about the information in this database from April 12th of this year, they told us, if it came from them, then its accurate. Based on that information:

First, did you know that during President Trump’s four years in office the Alaska population declined by almost eleven thousand people, yet according to the Division of Elections almost 67,000 net NEW people registered to vote. Fascinating. Lt Gov Meyer’s office availed themselves of the excuse that Alaska’s population is very transitory, but the difference should only be demonstrable in the first few years of transitory migration, because in my opinion a division of elections that is doing its job should be clicking right along removing an equivalent number of departing voters each year now that we are 62 years along into statehood.

But it isnt, and our bloated voter rolls prove it. You see there’s a get out of jail free card for the Division of Elections, a statute that allows them to leave someone on the voter rolls indefinitely if they “intend to return.” How exactly do they go about determining whether that’s true? They don’t. It’s just a convenient excuse to explain away a broken system that is such low hanging fruit for fraud one could be forgiven for wondering why there is any resistance whatsoever to an actual forensic audit of our elections. Unless of course you’re not a meathead and understand the only possible reason to oppose a forensic audit of our elections given last years data breaches is because you because you are either happy with the outcome and don’t want anything to change, or you had something to do with directing that outcome and don’t want anyone to find out… or both.

And spare me objections about costs. This state pours out almost as much money on the good-old-boy contracts and endless graft that is our state budget, dollar per gallon, than the Yukon River pours out silty water, an endless and staggering stream. It’s actually around a dollar for every 3 gallons but I digress, over 30,000 gallons per second is a lot, and objecting to a handful of millions spent to show definitively that we do not live in an utter Banana Republic, is worth it in this Watchman’s opinion.

36,550 Voters were added to the rolls between January 1st and Election day, 2020. Over 31,000 voters were added between March 1st, you remember when COVID lockdowns began, two weeks to flatten the curve, very few were traveling or certainly moving, and the Military cancelled all non-mission critical PCS transfers… between that day and election day, 31,000 new registered voters.

The two hacks we experienced last year provided someone, whomever, with exactly what they need to request absentee ballots in anyone’s name. You may be surprised to know that anyone can easily purchase a current voter registration database to see the voting history, physical and mailing address of EVERY registered voter in Alaska, including you, for the bargain price of $20. Combine that with a thorough hack of vital statistics and you could know definitively who was eligible but had never registered to vote, or who was turning 18, or who had died but used to vote like clockwork.

361,000 ballots were tallied in the 2020 election in Alaska. The spread that passed Ballot Measure 2 was just under 1% of the total vote. The real potential for fraud were with mail-in ballots, with no signatures, that can never be adjudicated once separated from their envelopes. Meyer did a full hand recount of Ballot Measure 2, and like a shell game, everyone directed their not unworthy ire at Dominion machines, but the real opportunity for fraud on a large and untraceable scale happened before the ballots were even fed into the machines.

“This one election, rife for fraud on a grand scale, paved the way for us to have to use Dominion Machines moving forward.”

Alaska Statute 15.15.470 states that the State of Alaska must retain all ballots, paper and materials for 4 years after an election, but they’ve conveniently destroyed the envelopes and there is no chain-of-custody, no witness signatures, and therefore no way to go back in time and see who voted for what. Just a pile of ballots you can trust. How convenient now that the witness signature is out of the way and Ballot Measure 2 is the law of the land.

Remember, Ballot Measure two passed with a few thousand votes… and from now on, we must use dominion machines to count and process the votes, because the weighted counting is so complex and cumbersome it would take weeks and weeks to slog through the process of discarding the lowest vote getter in each race without a 50% winner, retabulating the entire election by hand, over and over until each contest has a weighted winner. So in effect, this one election, rife for fraud on a grand scale, paved the way for us to have to use Dominion Machines moving forward.

The Division of Elections opposes a full forensic audit that would restore much of the shaken confidence of Alaskans who can’t reconcile the anomalies in the vote and the voting rolls… one can’t help but wonder… why that is?