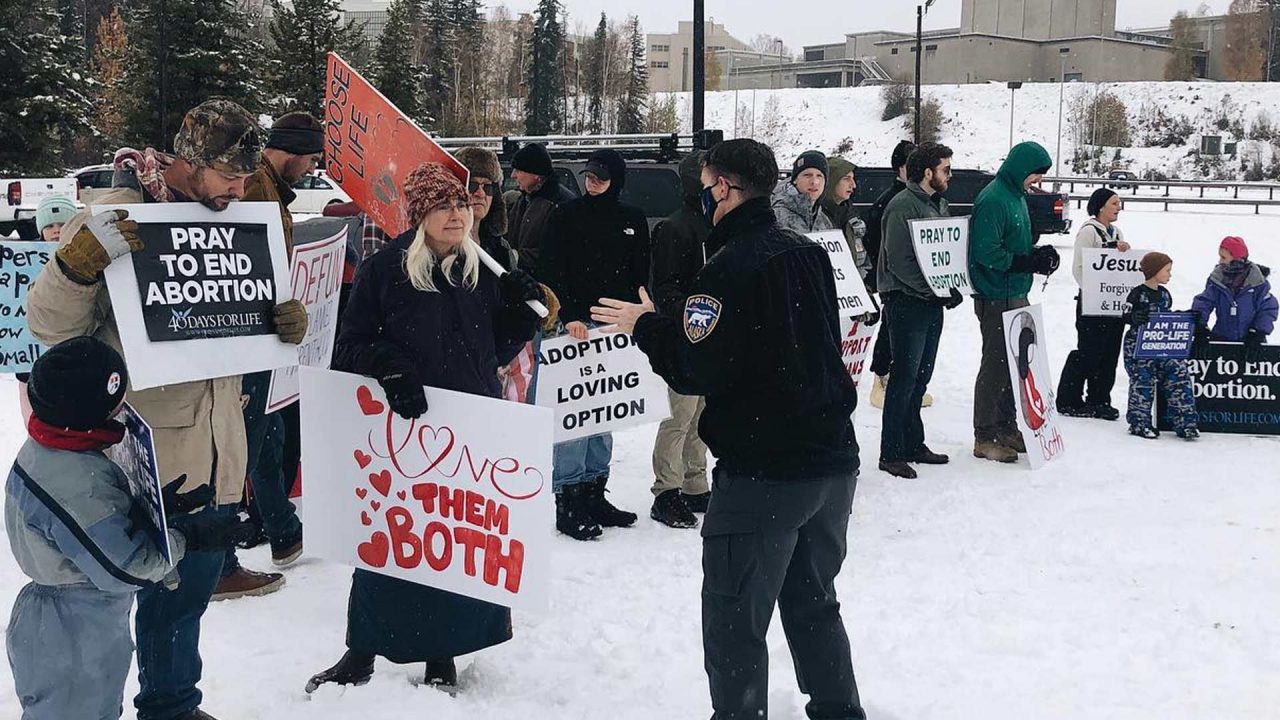 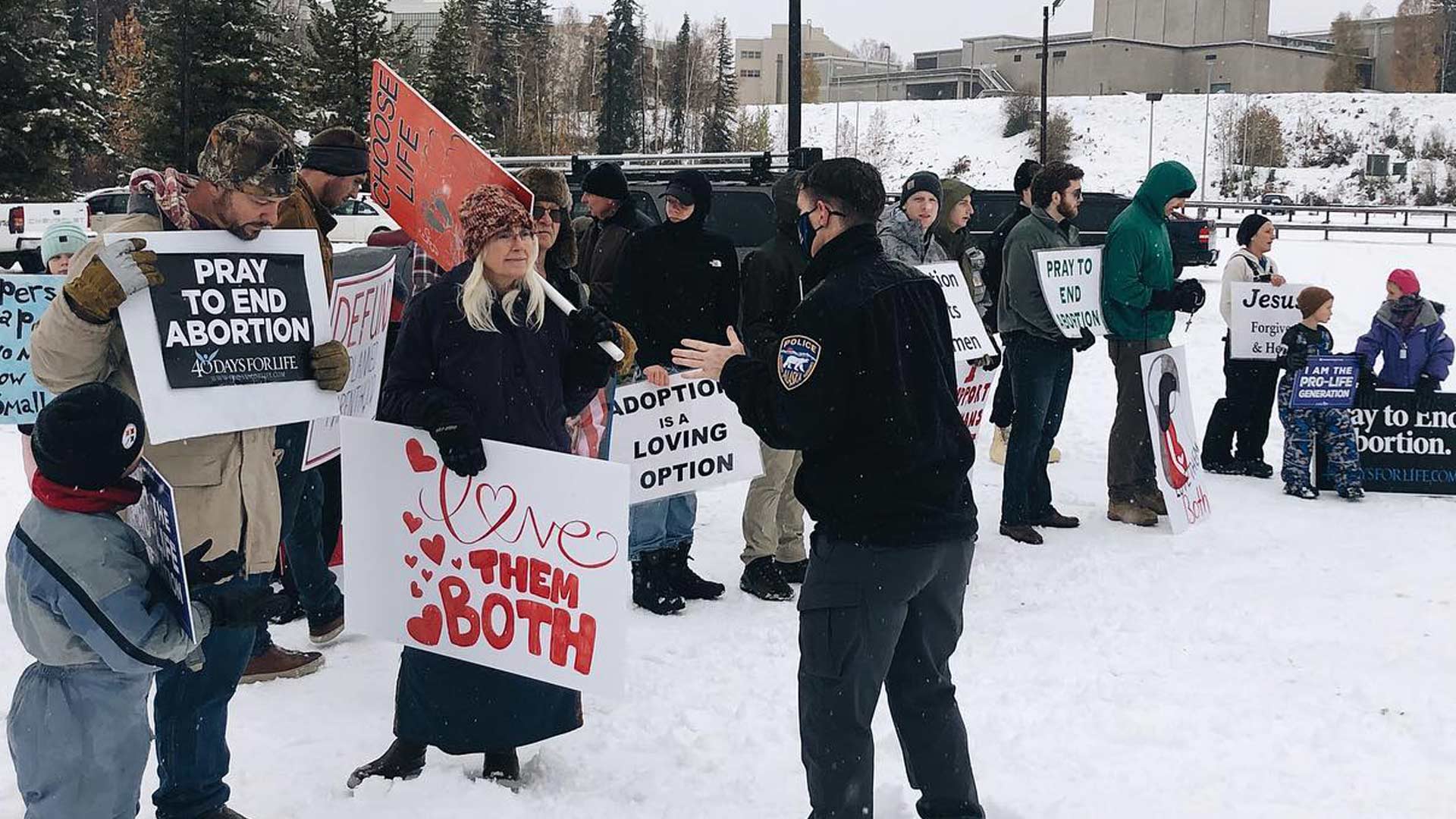 Pro-abortion demonstrators in Alaska were met by peaceful pro-life advocates on Oct. 2, a day when abortion activists marched on cities around the nation demanding the right to continue killing unborn babies.

In Fairbanks, a large group of pro-lifers met pro-abortion activists at the University of Alaska campus parking lot with signs that read, “Pray to end abortion” and “love them both. The stated goal of the counter protest was to outnumber the abortion marchers and offer “proof that that #prolifegeneration is WINNING and we will continue to fight for life until abortion becomes unthinkable again!”

In Palmer, five young pro-life advocates gathered on short notice to stand outside city hall while a group of 20 abortion activists marched up and down the street, flipping off the pro-lifers and cussing them out as they walked past.

“My hope is just to stand up for the unborn and the innocent and to be here,” she said. “The babies who are going to grow up to be our future generation, that’s who we are fighting for. It is not these women’s choices to decide if their baby is going to live or not.”

The local demonstrations and counter protests played out across the nation with pro-life groups mobilizing to defend the rights of the unborn. In several instances throughout the country, pro-abortion marchers assaulted peaceful pro-life advocates, pushing them and destroying their signs.