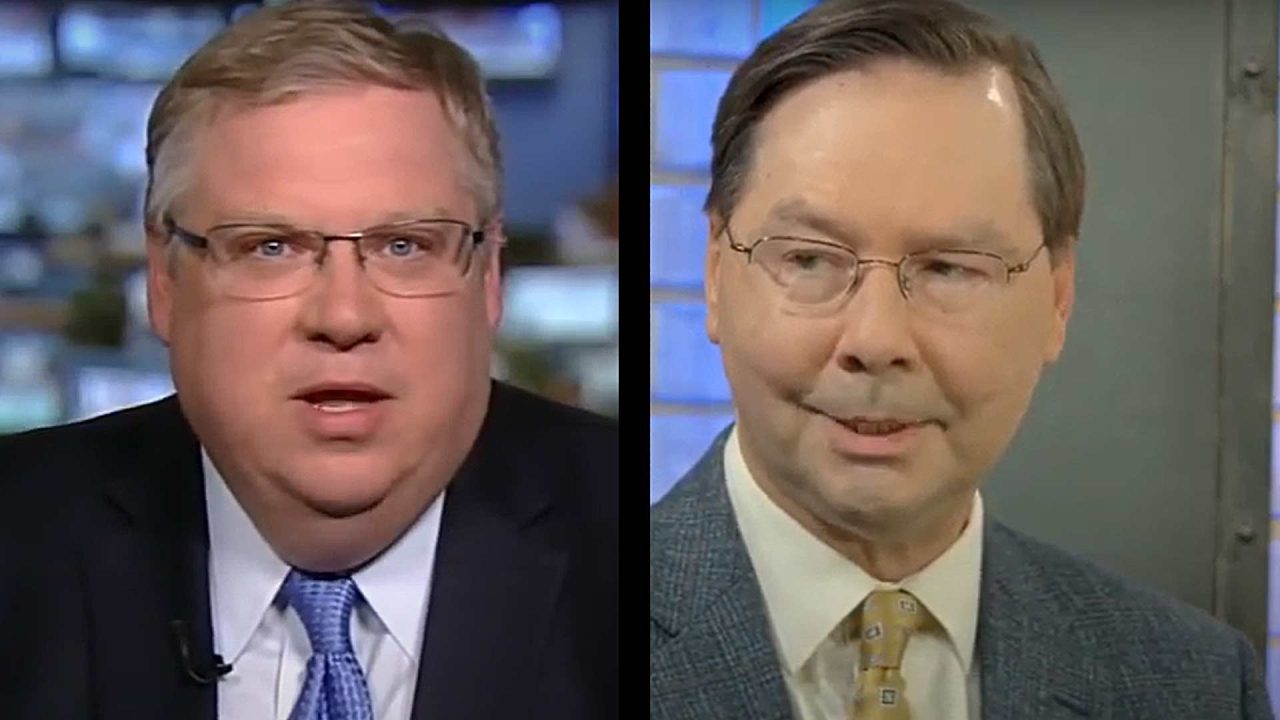 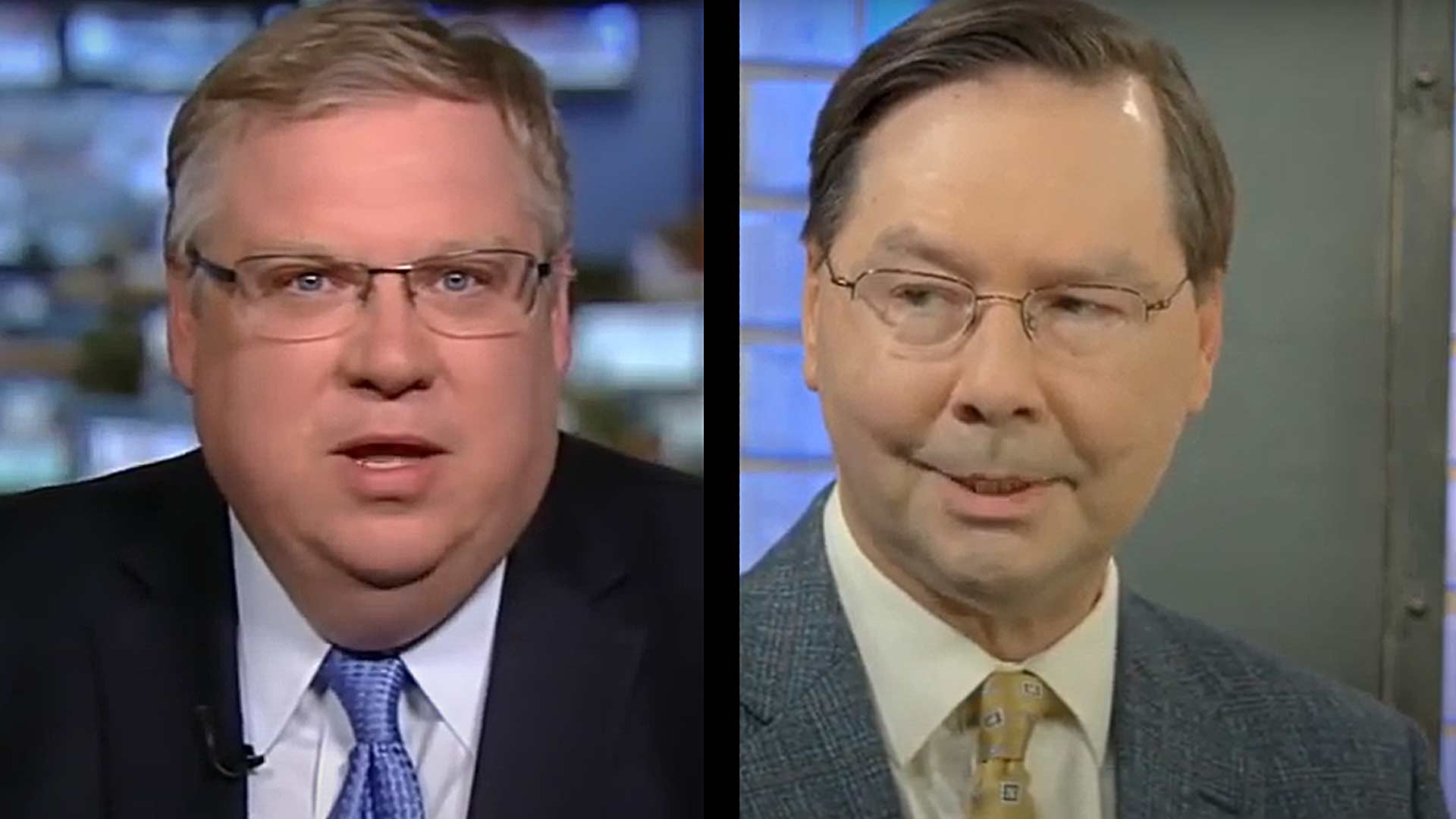 The insider experts were Hans A. von Spakovsky and J. Christian Adams. Spakovsky is manager of Election Law Reform Initiative and a senior legal fellow at The Heritage Foundation. Adams is president and general counsel of the Public Interest Legal Foundation. He’s also a commissioner the U.S. Commission on Civil Rights. Both men served on President Trump’s 11-member Presidential Advisory Commission on Election Integrity. Chaired by Vice President Mike Pence, this commission worked from May 2017 to January 2018 to review claims of voter fraud, improper registration and voter suppression across the country.

Spakovsky and Adams spent much of Oct. 25 in separate meetings with the Dunleavy administration and later with lawmakers and political movers. The duo came to Alaska at the invitation of the Alaska Policy Forum – a nonpartisan conservative think tank in Anchorage.

Speaking at the Alaska Policy Forum’s Anchorage office, Spakovsky shared the results of an independent nationwide analysis of voter rolls in 42 states, including Alaska. The report – titled “Critical Conditions,” was published by Public Interest Legal Foundation.

Adams explained that many states are reticent about investigating voter fraud out of fear of being accused of voter suppression.

In examining the 2016 and 2018 national elections, the report uncovered 144,000 cases of potential voter fraud. This includes hundreds of thousands of registered voters who are deceased, and tens of thousands of votes supposedly cast by the dead. They also found more than 80,000 votes cast over the 2016 and 2018 general elections which appear to be duplicate registrations from the same address. Another 8,360 voters in 2018 apparently registered in two states and were credited with voting in both locations. Likewise, 5,500 voters cast duplicate ballots in the same state.

The report found at least 21 instances from 2018 in which Alaska voters cast ballots in other states, and another 565 votes cast from non-residential addresses that year.

Not a single state, including Alaska, ever investigated any of the finding from the “Critical Conditions” report, Spakovsky said.

Adams explained that many states are reticent about investigating voter fraud out of fear of being accused of voter suppression. Additionally, local law enforcement often knows very little about election law, and they are at a loss as to go about prosecuting these allegations.

Spakovsky called absentee ballots the “tool of choice” when it comes to vote fraud because they are the easiest ballots to steal.

Perhaps most disconcerting for Alaskans is the fact that the state’s voter rolls ballooned to 103% registration as of 2018 – the highest in the nation by a long shot. That means there are tens of thousands of registered voters who either no longer live in Alaska or have died. And the predicament isn’t getting any better. In 2020 Alaska’s voter registration skyrocketed to 118%. This mounting problem coincides with a 2016 law which allowed the state to automatically register Alaskans when they apply for a PFD.

Compounding the problem is the fact that Alaska is also sending out record numbers of absentee ballots while having grossly bloated registration rolls. In 2020 the state distributed 121,223 absentee ballots. That compares to roughly 30,000 in each of the previous four general election cycles dating back to 2012.

Spakovsky called absentee ballots the “tool of choice” when it comes to vote fraud because they are the easiest ballots to steal.

Attendees at the Oct. 25 presentation, which included a half dozen Alaska legislators, noted that the state has suffered from two major online hacks into government data bases over the past year – one on the Division of Elections and another on the Dept. of Health and Social Services. These attacks exposed detailed personal information of hundreds of thousands of Alaskans, including specific information needed to fraudulently request absentee ballots.

To date, Lt. Gov. Kevin Meyer and the Division of Elections, which he oversees, has made no public announcement about how or when they plan to address this problem.

According to state law, Alaskans can request an absentee ballot for any reason. A person (or their representative) must simply provide the voter’s name, residence, mailing address, social security number, voter ID and date of birth. The state will then mail the absentee ballot to the designated address. Nefarious actors could request that one or more of these ballots be sent to them so long as they had enough of the voter’s information on hand to fraudulently request their ballot. This would include names, birth dates, last four digits of Social Security Numbers, driver’s licenses, state issued identification numbers, residences, mailing addresses, registered political affiliations and email addresses – all of which were exposed in last year’s hacks.

To date, Lt. Gov. Kevin Meyer and the Division of Elections, which he oversees, has made no public announcement about how or when they plan to address this problem.

Compounding the problem is that the ability to cast fraudulent votes was made easier when, just weeks before the 2020 election, the Alaska Supreme Court ruled that Alaska could not enforce a law aimed at maintaining the integrity of absentee votes by requiring the signature of one witness to help verify the authentic identity of an absentee voter.

Looking at voter challenges nationally, both Spakovsky and Adams warned about current efforts by Democrats in Congress to pass the John Lewis Voting Rights Act. The bill, which is opposed by every Senate Republican except Alaska Sen. Lisa Murkowski, would allow left-wing activists to utilize the courts and Department of Justice to stop any state or local election authority from enacting voting laws to ensure vote integrity. It would also grant the federal government the ability to interfere in political precincts and eventually federalize state and local election protocols.

Spakovsky said the John Lewis bill would essentially void many safety and security measures enacted by states to protect elections from fraudulent actors. It’s so sweeping, he said, that it would impact local school board elections, polling changes, times and much more. Any effort to reform elections on the state level would be “all over,” he said, if Congress is able to muster the votes to pass the John Lewis bill.

If the John Lewis bill does pass, Adams recommended that each state establish two separate election systems – one for Congressional elections – which the John Lewis law would apply to – and another for state and local contests which would not be impacted by the proposed federal bill. That’s because the U.S. Constitution only allows Congress to oversee “the times, places and manner of holding elections for Senators and Representatives,” not state or local contests.

Other recommendations by Adams and Spakovsky included the following:

Additionally, Adams said states should continue using machine count ballots, despite concerns about Dominion machines and calls to return to hand count only. According to Adams, machines are far more accurate than having scores of individuals using different methods to count ballots. This makes it much easier to cheat, he said.

Adams also argues that hacked machines are not ultimately responsible for Donald Trump losing in 2020. The main culprit, he maintains, is hundreds of millions of dollars from far-left donors like Mark Zuckerberg who gave bundles of cash to partisan nonprofits in the lead up to the 2020 election. These entities in turn re-granted this money to local election offices to dramatically increase Democratic voter turnout in key precincts across the nation. Adams lays out how this unfolded in his article, “The Real Kraken: What Really Happened to Donald Trump in the 2020 Election.”