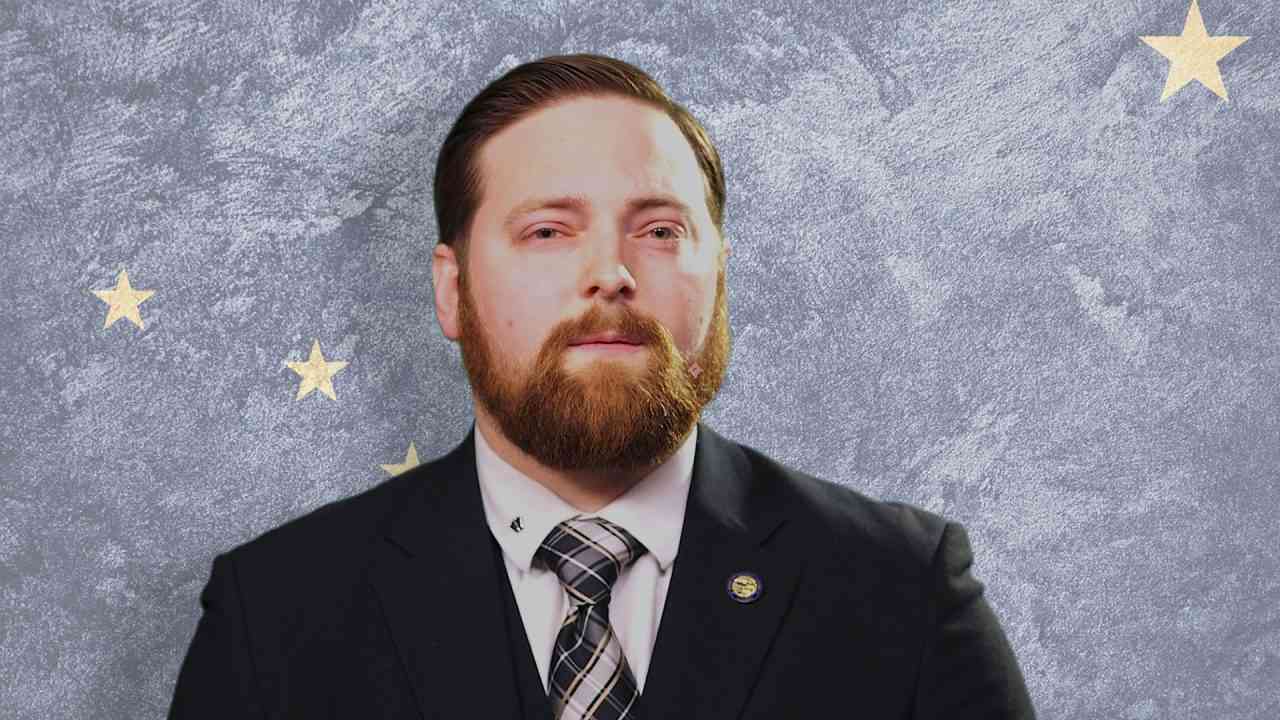 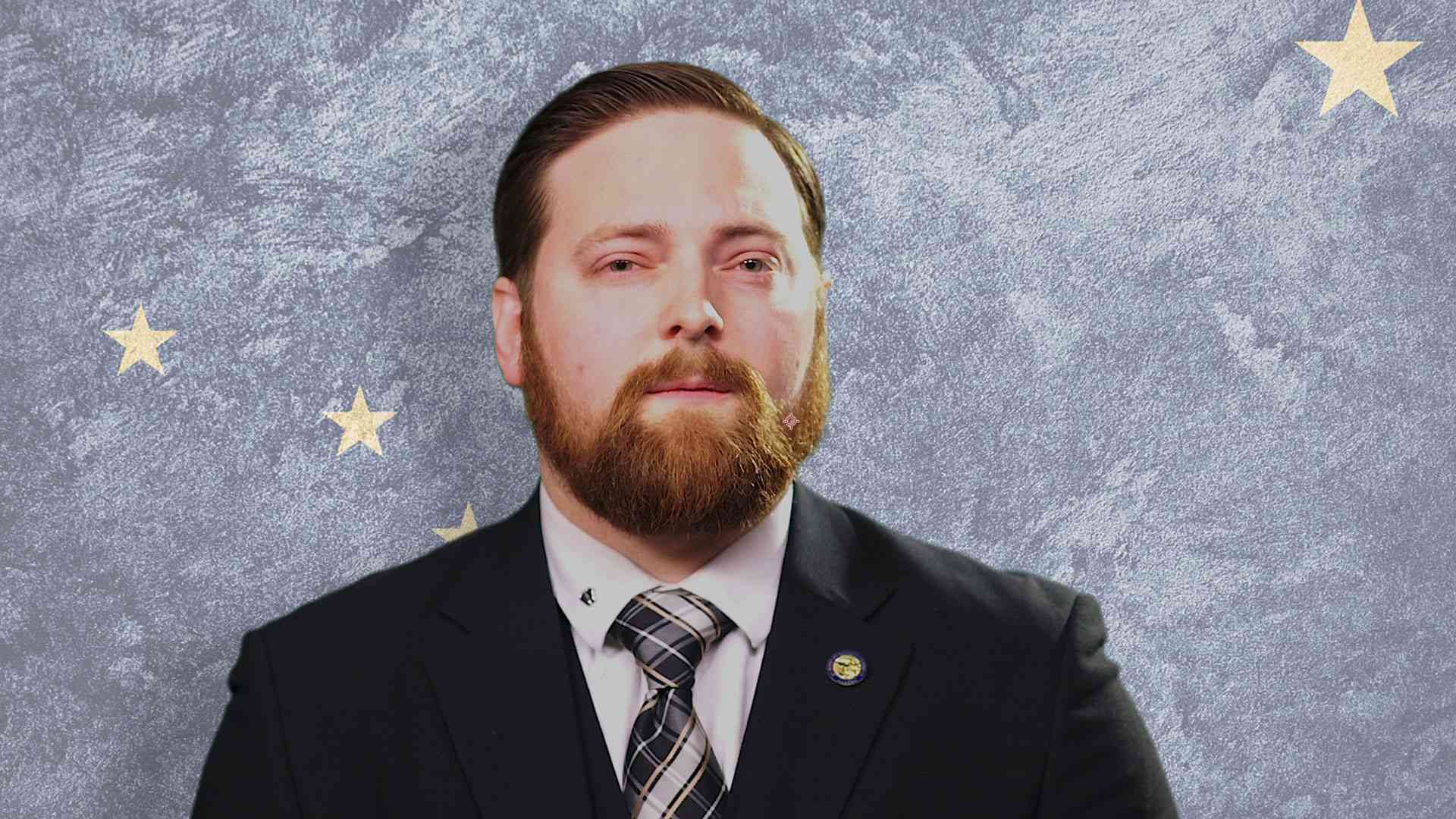 The story broke when former Tea-Party sensation Joe Miller took to Facebook to announced Kurka’s entrance into the race and offer his endorsement. Kurka later published a video laying out his vision for Alaska and detailing exactly why he chose to run for the state’s top executive post. Below is a transcript of Kurka’s speech.

Hi, I’m State House Representative Christopher Kurka. Today I am reaching out to all freedom loving Alaskan’s with an important message and announcement.

Thomas Paine once said: “Those who expect to reap the blessings of freedom, must, like men, undergo the fatigues of supporting it.”

The dirty little secret of Juneau and Washington D.C. is that while most conservative officials talk tough about Republican ideals, very few have the intestinal fortitude, moral compass, or even intent to take the principled stand necessary to accomplish any real change.

While some politicians pontificate about standing tall for Alaska, what freedom-loving Alaskans really want is a governor who won’t play possum every time he sees a shadow.

They want someone who will actually stand up, provide plain-spoken solutions, and do what he says he will do.

Under Title 44, Statute declares the official motto of the State of Alaska to be: “North to the Future.” Adopted by the Legislature in 1967, this motto was first offered by Juneau Newsman, Richard Peter, as a reminder, “…that beyond the horizon of urban clutter there is a Great Land beneath our flag that can provide a new tomorrow for this century’s ‘huddled masses yearning to be free.’”

At its creation, this simple motto clearly and concisely re-captured the original vision of Alaska’s hopeful constitutional framers, when they wrote: “… all persons have a natural right to life, liberty and the pursuit of happiness, and the enjoyment of the rewards of their own industry.”

While our unique frontier-brand of freedom, has always attracted con-men, flimflammers, carpetbaggers, and boom-towners; it has also beckoned dreamers; the hardworking, resolute and pioneering spirits looking for a place to set down roots; those desperate for the opportunity to better themselves, their family, and a hope for future generations. Those earnestly seeking a place to call home.

Until recently, for many, freedom in its many forms was a self-evident, unassailable, and foregone conclusion; something as definite and predictable as the Alaskan winter; a promise which all hard-working Alaskans assumed would always be available.

Maybe this would still be the case if the rule-of-law indeed ruled the land. However, it is clear we are increasingly becoming a state and nation ruled by men rather than by laws.

A state where the Legislature ignores its own laws, and the people are deprived of their statutorily defined, guaranteed share of the Permanent Fund Dividend.

A state where masking and testing mandates are used to shut people out of the State Capital while the political elite provide private access to special interests and privileged guests.

A state whose governor asserts executive authority and emergency powers not otherwise granted by the Legislature, and who bullies small businesses with arbitrary and unconstitutional mandates under threat of unlawful civil and criminal penalty.

A state where hundreds of Alaskan nurses are coerced to take an experimental jab without their consent, or otherwise face losing their jobs only to be replaced by FEMA nurses from other states who are exempt from the jab.

A state where individual citizens are deprived access to early treatment options and proven medications but instead are told to go home until they are too sick to function without admission to a hospital.

This is not the Alaskan freedom described by Richard Peter, nor is it the Alaska envisioned by the framers of our State Constitution.

It’s plain to see, that the Inherent rights of Alaskan’s, as they are listed under Article 1 of the State Constitution, are under threat, and have been infringed by the current administration, Legislature and courts.

It’s plain to see, that the Inherent rights of Alaskan’s, as they are listed under Article 1 of the State Constitution, are under threat, and have been infringed by the current administration, Legislature and courts.

At this moment, our local hospitals, the medical industrial complex, and our government; including every jurisdiction and political subdivision across Alaska, is awash in Big-Pharma-manipulated federal blood-money.

This cash has been used to coerce and buy the silence, compliance, and partnership of the very medical professionals we expect to treat our elders and children when they fall ill.

Our elections have been compromised through documented cyber-attacks, and little effort has been made by the current administration to investigate and audit the integrity of Alaska’s 2020 election results. Calls for an audit from conservative leaders have fallen on deaf ears.

Our citizens are being intimidated and terrorized by federal prosecutors and the FBI, and our freedom of travel and transport across state and international borders has been frustrated and artificially restricted by privately owned activist air-carriers who receive state and federal contracts and subsidies.

Since the initial outbreak of COVID-19 this administration has been slow to join efforts of other states who oppose unlawful federal mandates and overreach, but in contrast has been all too eager to belly-up to the bar and accept federal pandemic “relief” funds regardless of the cost to Alaskan lives and livelihoods.

Remember Dunleavy’s dictates were that marijuana shops were essential, but our houses of worship were not. To the governor, in a state already staggering under the effects of alcohol and drug abuse, pot shops and liquor stores meant more than the church of God. Walmart was essential but your locally owned small business was not. The man who promised to stand tall chose instead to stand down.

Conservative philosopher Sir Edmund Burk is credited with saying that, “The only thing necessary for the triumph of evil is for good men to do nothing.”

But I am no stranger to standing up against Alaska’s political elite and the establishment that props them up. In 2012, I led the charge and introduced a censure resolution against Senator Lisa Murkowski at the Republican State Convention, deciding to risk my comfort and reputation in an effort to hold her accountable for her bad voting record.

As reward for my principled leadership, when I stepped forward to run for the Alaska State House, Karl Rove and the Washington Elites poured over $30,000 dollars into my local primary race in an effort stop me. Instead, the voters rejected the establishment, electing me with nearly 70% of the vote.

Now the feckless political elite are again targeting me in an attempt to silence me in the redistricting process, putting me in the same district as my conservative ally in the State House, David Eastman.

This feels like yet another effort to dampen the cry of liberty that I have raised since I was only a teenager. In response, I have just one thing to say: “you have another thing coming.”

The conservative grassroots of Alaska will not be so easily silenced, and the political elite and this current governor, are about to learn they lost their conservative base, the second they allowed liberty to take a back seat to tyranny.

Conservative philosopher Sir Edmund Burk is credited with saying that, “The only thing necessary for the triumph of evil is for good men to do nothing.”

I am not willing nor content to stand by and helplessly watch as the state I love is destroyed by out-of-control courts, feckless politicians, and an administration that appears intent on bending to the pressure of the Left.

That is why, today I am officially announcing my candidacy for Alaska’s governor. In this regard I urge all freedom-loving Alaskans to join me to send Governor Dunleavy and the political establishment the following message:

As your governor I pledge to dedicate my time, talent, treasure, and my sacred honor to reaffirm the state motto, “North to the Future,” to defend Alaskan’s young and old, and to preserve our Alaska Constitution against every unlawful or illegitimate encroachment levied against it by the federal government, its agents and activist’s judges.

The Truth stands on its own two feet and needs no defense.

Thank you for your time. I greatly appreciate your partnership and support as we campaign together to Make Alaska Great Again!