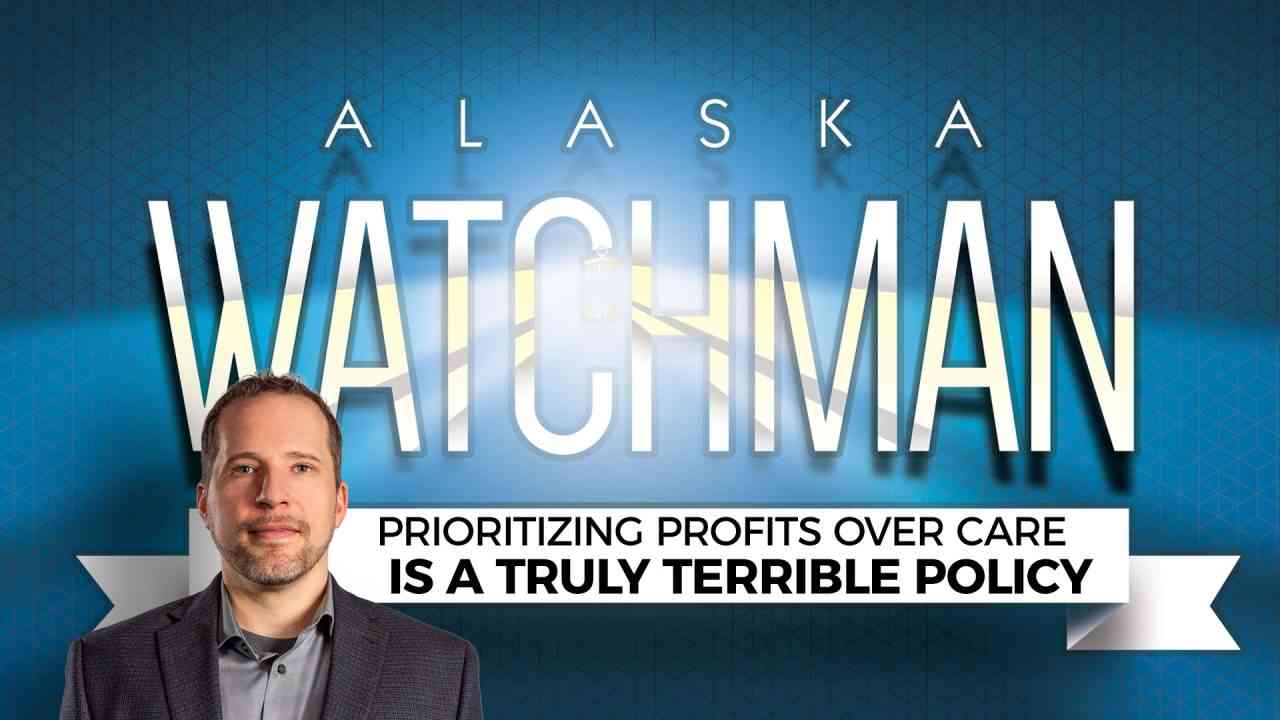 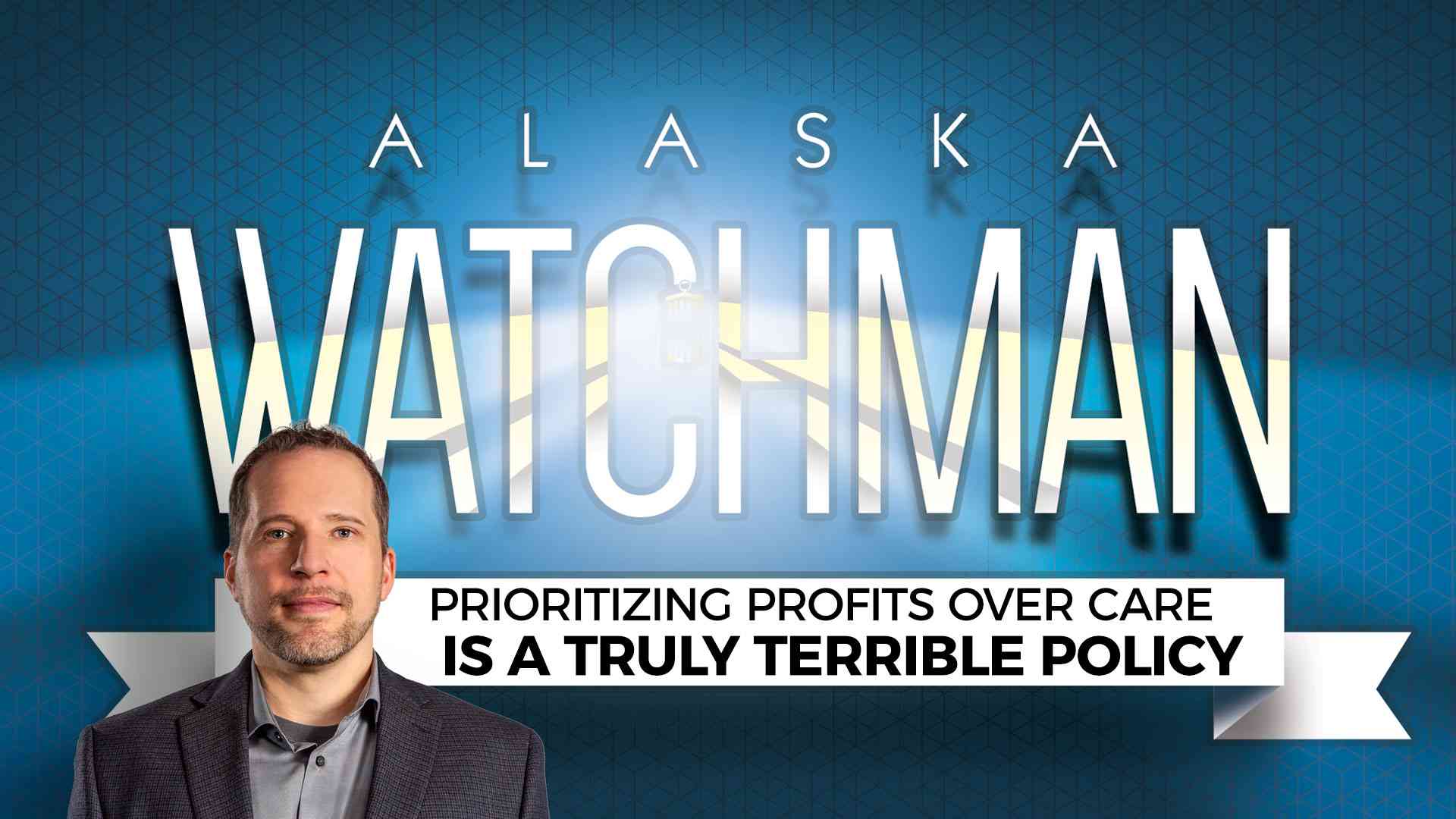 You can hardly turn on the news, or read anything anymore without the dysfunction of society and its corresponding absurdity on display. It was reported for example that even though they are one of the most vaccinated countries in the world, Germany, “riddled with COVID” will not allow people into its EUTHANASIA clinics unless they have been vaccinated. You can’t make this stuff up. In Germany you can go to a clinic to have a doctor help you commit suicide, but only if you are vaccinated.

…let that sink in…

This is your intellectual left hard at work on policy. You have to have a PhD, or professorial tenure, to be that stupid. Particularly if the attendant Dr. Kavorkian is vaccinated.

Here at home some weeks ago, a friend of the Watchman and countless Alaskans, Bill Toppel died in his bed at Providence Hospital after being refused Ivermectin, even after repeated challenges to their policy, requests, and even begging. You see, sometimes the dysfunction and stupidity can have catastrophic effects.

In Illinois, through an arduous legal process, a woman was able to get a court order to FORCE a hospital to administer Ivermectin to her dying grandfather, Sun Ng, age 71, who was under the exact same treatment protocol as Bill Toppel, Remdesevir and a ventilator. He was, like so many, on his death bed from this protocol. Not only did the Illinois hospital deny the medicine to the patient in DIRECT VIOLATION of the 2018 Right to Try act which gives patients with terminal or likely terminal conditions the chance to use off-label medications or drugs that are still in clinical trials, after the court ordered them to allow his physician, Dr Alan Bain, to administer Ivermectin, they defied the court because Dr Bain refused to be vaccinated.

The judge, the hero judge Fullerton, overruled their injunction and after a month of steady decline and decay, Sun Ng turned a miraculous corner within hours of his first dose of Ivermectin and was discharged this past Saturday. According to his daughter and her attorney who fought so hard for their grandfather, the change was almost immediate, after he had been given only a ten percent chance to live.

There is no legitimate excuse for the resistance to this medication by medical professionals and hospitals.

Would that Alaska judges had such character and courage as Judge Fullerton in Illinois. There might be a very much recovered and stalwart conservative still walking around, spreading good cheer and kindness which was Bill Toppel’s way.

There is no legitimate excuse for the resistance to this medication by medical professionals and hospitals. It poses virtually no risk to the patient, none, but what it DOES DO… what it certainly does, is reliably and repeatedly trim days off of a patient’s hospital stay, and ventilator time, and reduce the need for Remdesevir which is billed out at thousands and thousands of dollars per dose, each time it is administered.

I don’t know exactly when it happened, more than ten years ago, but hospitals used to be managed as care facilities: refuges for the sick and injured, but make no mistake, that is no longer the case. Our local hospitals, their administrators, and Providence specifically in the case of Bill Toppel and others, exist only to extract the maximum amount of money out of each person’s time within their walls.

Nine years ago, as my mother lay dying in her luxurious curtained half-room at our local hospital I had to step away for a moment while the nurses checked on her and, it’s no longer there, across from the nursing station was posted an ICU profitability analysis stating the average cost per patient per day was a couple hundred dollars, and to remember the importance of tracking all items used in care for billing purposes.

MatSu Regional billed my late mother roughly $17,000 a day for her stay, while bragging it only cost them a couple hundred inside that little glass case that has since been removed.

This shift in medicine strictly to profit maximalism is disgraceful in the extreme, and I hope and pray a class action lawsuit related to these COVID policies is successful in the coming years that brings these profits full circle in devastating financial penalties and the administrative and medical staff who have presided over these greedy and bureaucratic horrors are never able to set foot in any capacity where caring for people is the product.