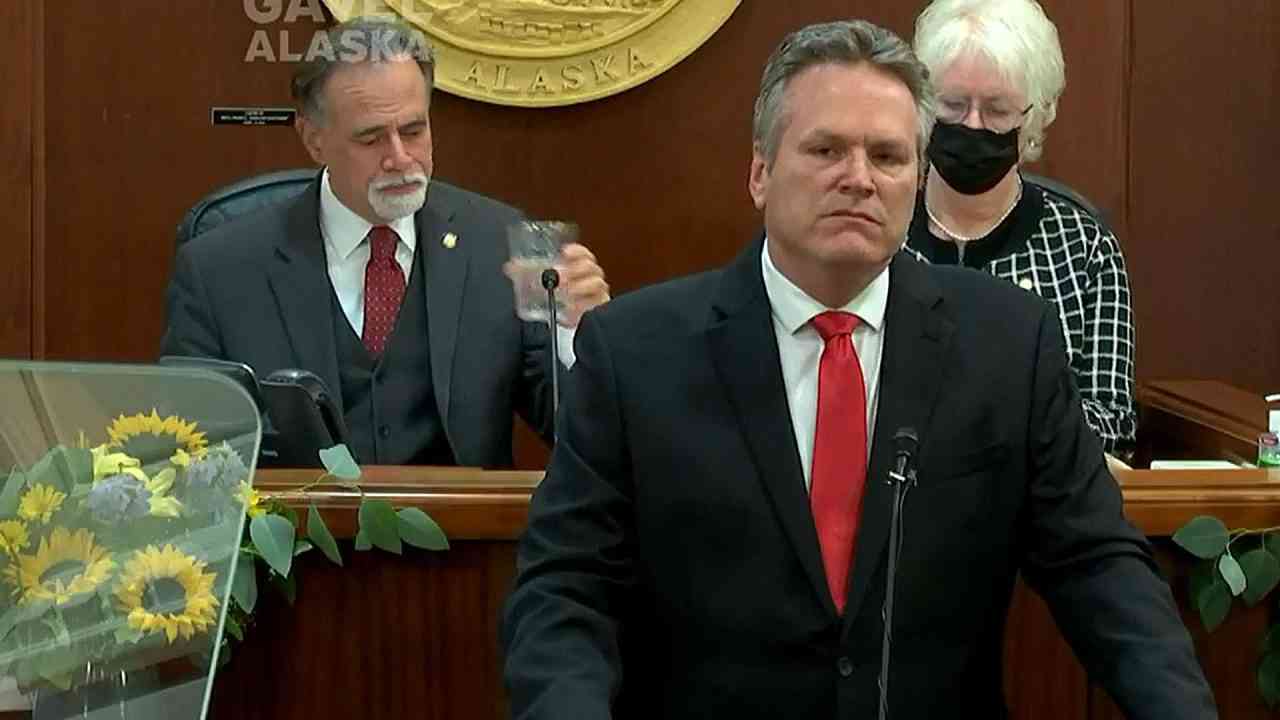 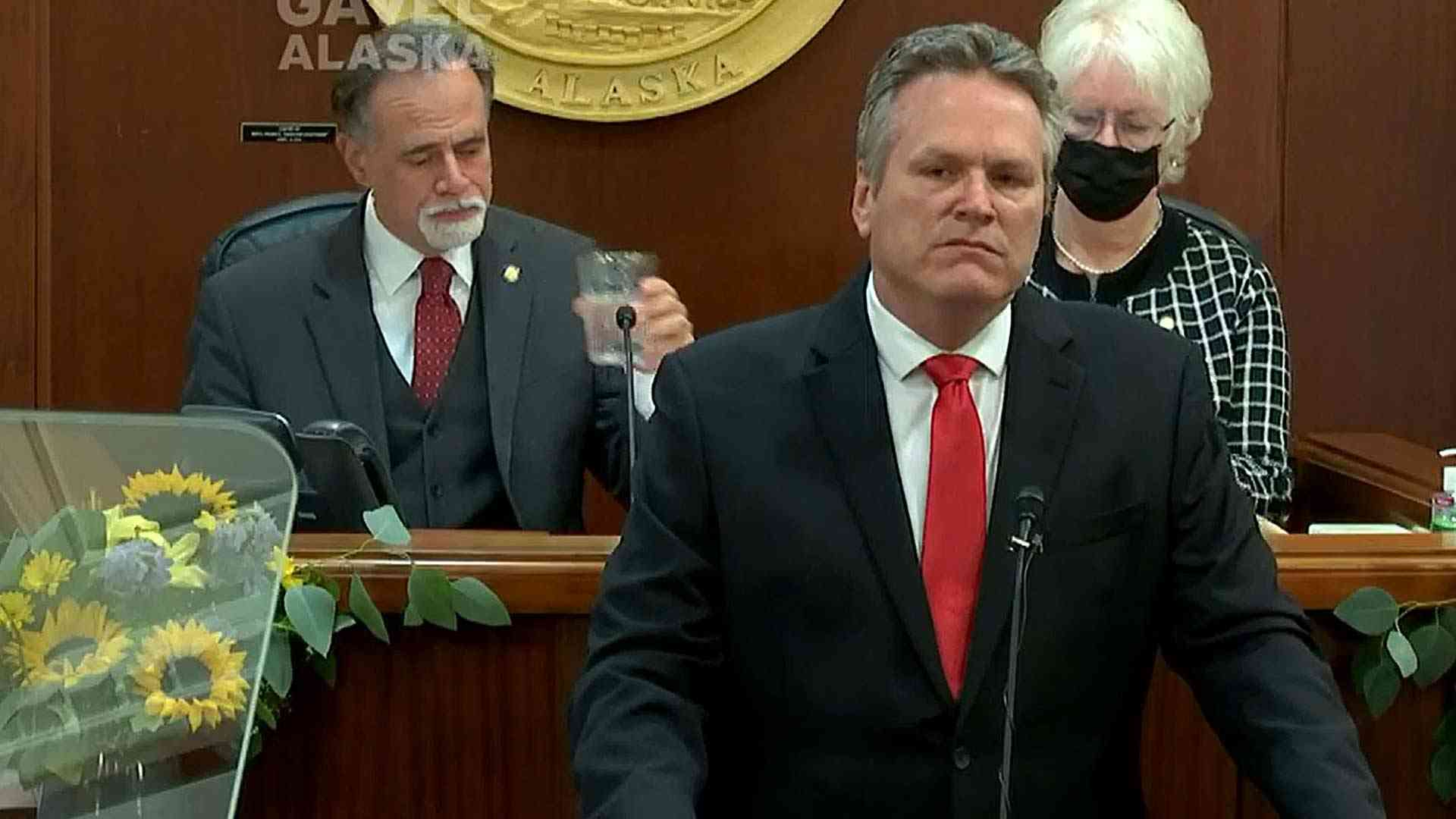 Gov. Mike Dunleavy delivered his fourth State of the State address on Jan. 25 before a joint session of the Alaska Legislature in Juneau.

The governor touted his administration’s work on reducing crime, importing health care workers and fighting the Biden administration’s efforts to shut down Alaska’s oil and timber industries. He also called on legislators to follow statutory law with respect to Permanent Fund Dividend payments, and urged them to support his efforts to increase Alaska’s agricultural production by transferring more state land into private ownership. Additionally, he spoke of the need to support tourism and the fishing industry.

Apart from a brief mention about his commitment to defend parental rights in education, the governor steered clear of hot-button social and cultural issues which many conservatives see as fundamental.

Not once did the governor speak of any efforts to protect the lives of the unborn. Nor did he broach the topics of gun rights, election security, judicial selection reform, critical race theory or the many Covid mandates imposed by local governments, hospitals, Native corporations and large businesses.

At one point he expressed sorrow for the loss of 1,039 Alaskans who have “passed away with Covid,” while adding that 99.5% of Alaskans have recovered from the virus.

Dunleavy highlighted his efforts in bringing up nearly 500 outside healthcare workers to Alaska hospitals, nursing homes and correction facilities to help with Covid, and he noted that he is now attempting to recruit an additional 600 new nursing assistants.

The governor gave little attention to the dismal educational record of public schools, which are among the very worst in the nation.

With regard to ivermectin, hydroxychloroquine and other early treatments, the governor remained silent. Instead, he focused on his work to make Alaska a leader in Covid testing, vaccine distribution and monoclonal antibody treatment.

Dunleavy claimed that his administration has defended Alaskans’ medical freedoms regarding vaccines and therapeutics, but did not address concerns many have raised regarding his unwillingness to vocally challenge local governments and private entities that have imposed vaccine mandates as conditions of employment. He simply said, “It’s not the state’s job to make those decisions for you.”

He mentioned that the virus would be with us for a “very, very long time, if not forever,” and that it cannot be “vaccinated away.”

Regarding Permanent Fund Dividend payments, Dunleavy highlighted the fact that the Permanent Fund has grown from $65 billion to $82 billion over the past two years, and said Alaskans deserve a statutory PFD payment. He urged lawmakers to either follow the statutory law regarding payouts or change the law, with approval from Alaskan voters.

As to food security, Dunleavy said he wants to boost local agricultural production so the state is not so dependent on national supply chains. After noting that only 4% of Alaska’s land is in private hands, he urged lawmakers to help transfer state lands to the private sector to “give Alaskans a piece of the Last Frontier.”

On public safety, he highlighted his increased spending in this area, adding 20 additional State Troopers since he took office three years ago, and pledging to expand this number in the years ahead. He also praised the Legislature for helping to fund the clearing of thousands of backlogged sexual assault kits.

Towards the end of his speech the governor briefly addressed education and parental rights.

“No parent should fear speaking up lest they be targeted as a potential domestic terrorist,” he said.

The governor gave little attention to the dismal educational record of public schools, which are among the very worst in the nation. After affirming his commitment to “fully fund” these schools, he said they must be “more focused on outputs than simply inputs,” but offered no specific agenda for making this a reality.

One line of his speech noted that parents are key to education and for that reason he supports homeschool, charter school, public school and other schools of choice.

He ended with a litany of things he “envisions” for Alaska, including: a natural gas pipeline, improved ports, greater oil and gas production and technological modernization.

Legislators gave him a standing ovation, although at least two of the most conservative lawmakers, Representatives David Eastman and Christopher Kurka, stood without clapping as the governor exited the House Chambers.

Begich was “disappointed,” however by Dunleavy’s “failure to acknowledge the impact of the billions of dollars brought in by the Biden Administration,” which he claimed has “assisted in our ability to address the pandemic, rebuild our infrastructure, and frankly, address our deficit.”

Begich was also upset that Dunleavy didn’t mention the “need for new revenue,” but then praised him for abandoning earlier proposals to reduce spending on the state’s university system and public education.

“We are all encouraged now by a budget that rejects that vision,” Begich said. “The Governor and I have been able to bridge our own political divide, so I would offer this piece of counsel: Heed your advice, and let’s work together – whether it is with a local government or the Biden Administration.”