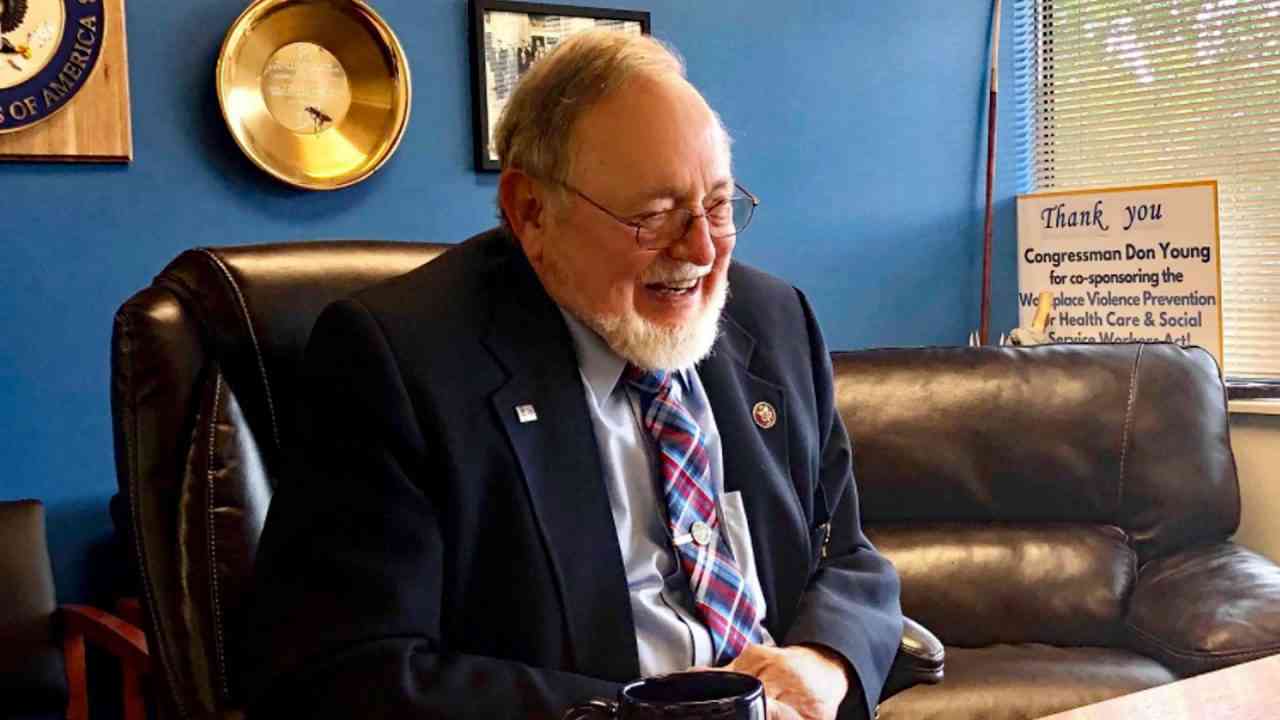 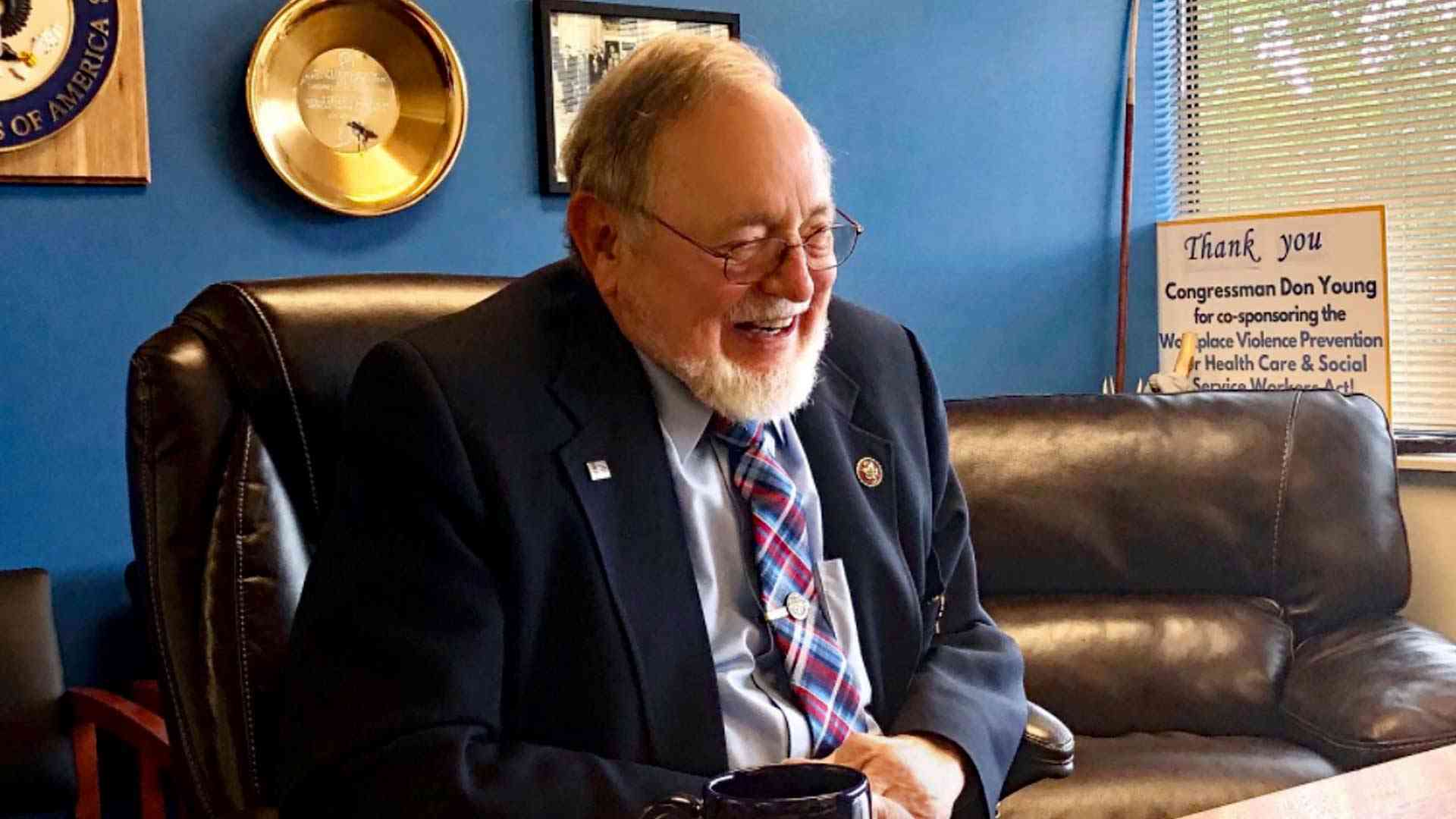 Alaska leading political figures have issued the following statements after learning that U.S. Congressman Don Young had passed away on March 18 at the age of 88. He was the longest serving member of the U.S. House of Representatives and the Dean of the House. He had served as Alaska’s sole Congressman since 1973.

Congressman Don Young has been a great friend and colleague of mine for many years. I am deeply saddened to hear of the passing of this amazing man who, in many ways, formed Alaska into the great state it is today. Hours after being sworn into the U.S. House of Representatives, he was leading the historic battle for approval of the Trans-Alaskan Pipeline. Shortly after, he was impressively honored in 1973 as the ‘Freshman Congressman of the Year.’ This is the Congressman whom Alaska will remember forever. Alaska is a better place because of Don Young. Rose and I offer our prayers to his family during this difficult time.

Like all Alaskans, Julie and I are saddened, shocked and devastated by the sudden passing of our Congressman Don Young. His spirit – authentic, tenacious, indomitable, a man of the people – epitomized our great state to such a degree that there was a sense he’d always be with us, that he’d live forever.

He was a dear friend and mentor, and I have learned so much from this great Alaskan.

The Alaska that we know and love today is a reality because of the tireless work of Don Young.

Julie’s and my deepest condolences go out to his wife, Anne, his daughters, Dawn “Sister” and Joni, and his many grandchildren. Rest In Peace, Don Young.

Alaskans are devastated by this shocking and sad news and I am saddened beyond belief about the loss of my friend. We have lost a giant who we loved dearly and who held Alaska in his heart—always. Don was coming home to the place that he loved, and to the people that loved him best. We love you, Don.

Alaska has lost a giant in the passing of Congressman Don Young.

Deb and I were shocked when we heard the news of the passing of Don. Our hearts and prayers go out to Anne. As the longest serving U.S. Congressman and Dean of the House, he was one of Alaska’s biggest champions. His tireless work for Alaska over the last 49 years has made a tremendous impact across generations. As a personal friend, Don and I shared similar passions to include the love of the outdoors, hunting, and finding ways to help out our fellow Alaskans. Our prayers go out to his family and especially his wife Anne.

Don Young will always be an absolute giant in Alaska and there will never be another like him. He came here in 1959, just after statehood, meaning that Congressman Young’s history here is nearly as long as the history of Alaska itself. I credit him with getting me fully engrossed in politics and public service, as his race in 1994 was the first campaign of significance I ever volunteered for. In fact, I proudly wore my Don Young t-shirt to school, which caused some strong reactions from other students, making me even more sure that I was indeed a strong Republican. At his victory party that year, I got to hold the ‘Congratulations, Mr. Chairman’ sign we had made, because he was set to be the chairman of the Natural Resources Committee in the next Congress. The last time I saw Congressman Young, at an event last year, I told him that story and he was pleased to know that he’d had an influence on a high school kid interested in public service. Don Young was as Alaskan as anyone I’ve ever known, and he will be sorely missed by us all.

I join all Alaskans in mourning the loss of our Congressman Don Young. My heart, prayers and condolences go out to Anne, to the rest of his family and friends.

While we may have had our differences over the past several months, I’ve always believed that Alaska is a better place because of his years of service. His legacy cannot be overstated. Alaska will miss him.

Alaska Republican U.S. Senate candidate Kelly Tshibaka issued the following statement on March 18, following the death of U.S. Rep. Don Young. He had served as Alaska’s sole member of the U.S. House of Representatives since 1973.

This is a developing story. To read about the historic career and work of Rep. Young, click here.

Mayor Charlie Pierce extends his deepest condolences to the family of Congressman Don Young who passed away today. Don was not only a friend but a Statesman for Alaska that will never be replaced.

His representation of Alaska in the U.S. Congress is a record that will be part of U.S. and Alaska history. Don will be missed but never forgotten. We shall pray for Don and his family.

I am deeply saddened to hear of Rep. Don Young’s passing. Don worked tirelessly on behalf of all Alaskans for so many years. Rep. Don Young was doing what he loved and finished his race well. Our thoughts and prayers are with his family and friends during this time. I’m very appreciative of all that Don has done and all that he meant to the State of Alaska.

I just heard the news about the passing of our one member of the U.S. House of Representatives, Congressman Don Young. On behalf of the Fairbanks North Star Borough, and my family, we extend our deepest condolences to the family of Mr. Young. He was a veteran, a boat captain, a teacher, a husband, a father, a grandfather, and more. Please keep his family, his devoted staff, colleagues in your prayers.