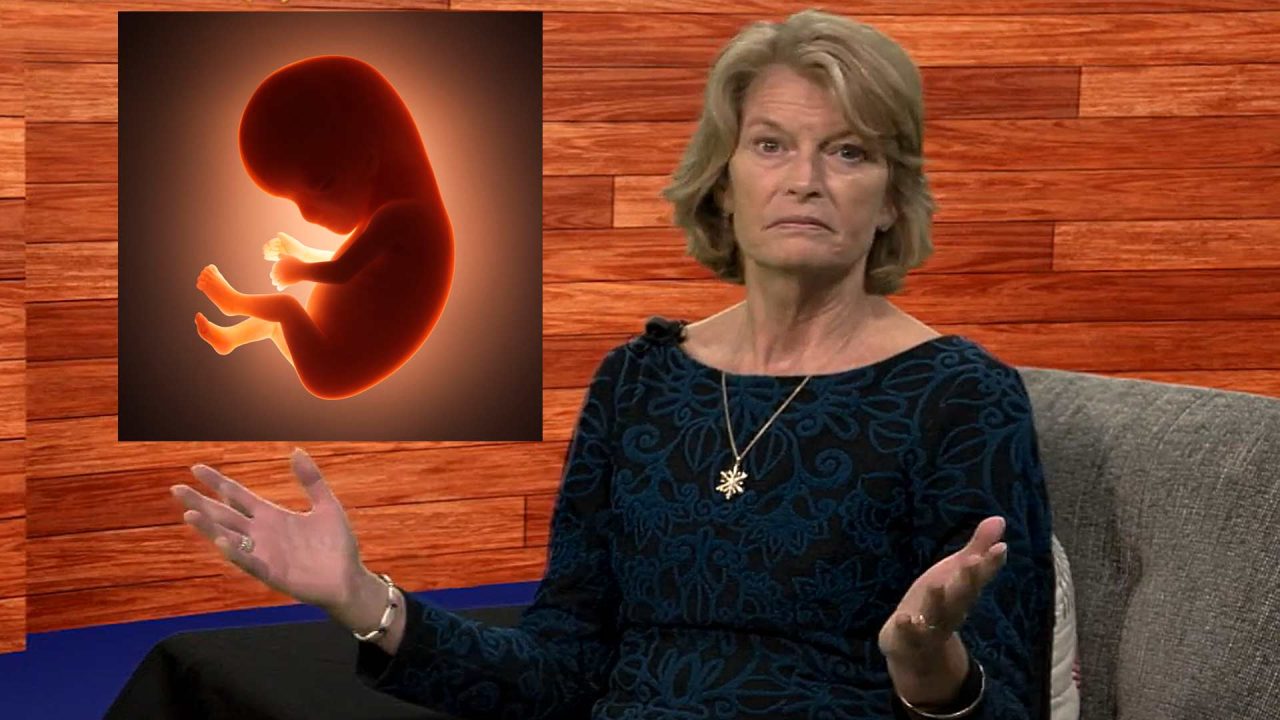 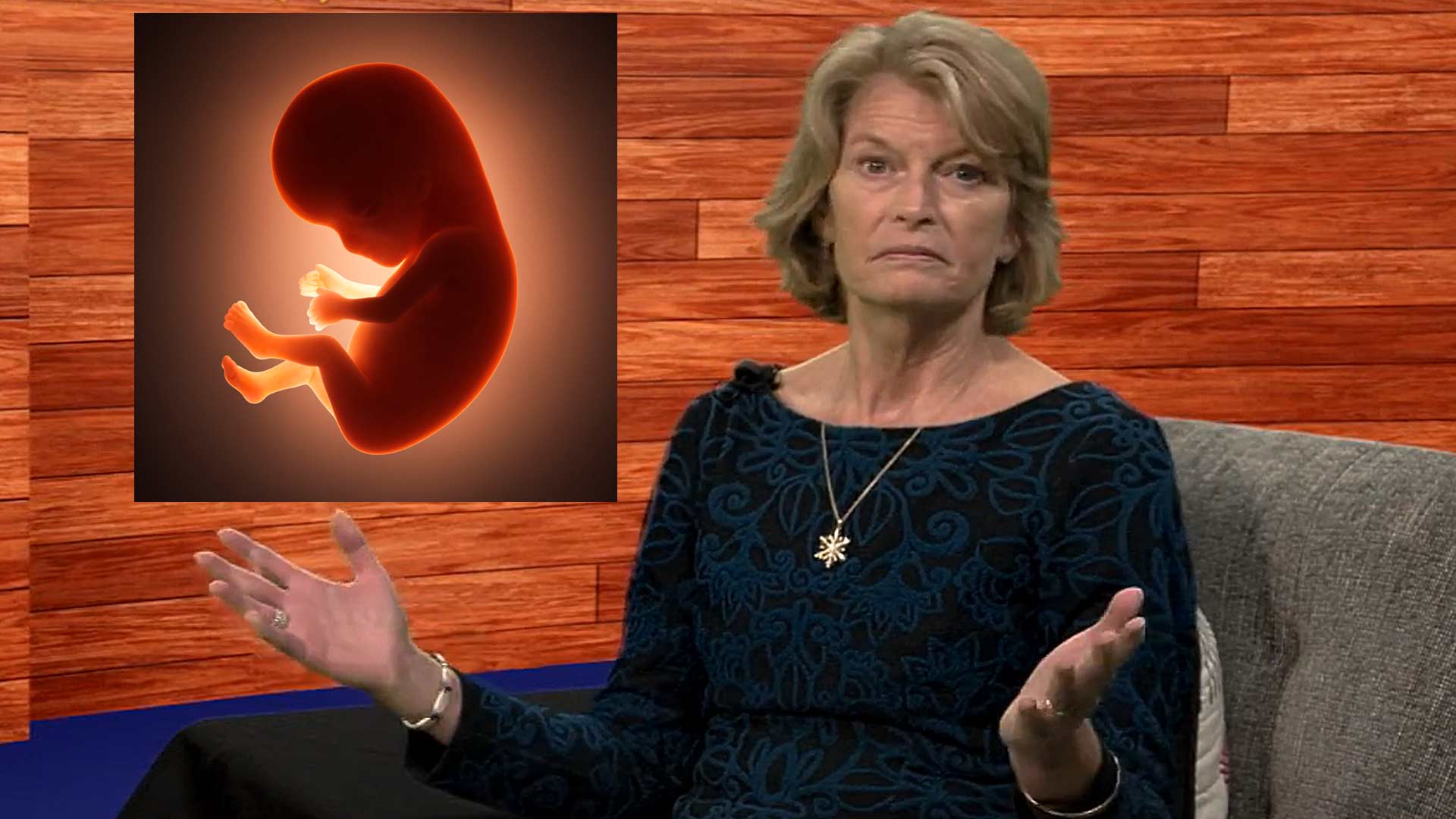 Since taking office as a U.S. Senator from Alaska in 2002, Lisa Murkowski has attempted to walk a 20-year, precarious and ever-changing line regarding the killing of unborn babies through abortion.

From the beginning, she has supported the practice, but with some limitations. Increasingly, however, Murkowski has shifted leftward, voting increasingly in line with the demands of powerful pro-abortion lobbyists.

Now, as she seeks yet another term in the Senate, Murkowski is at a crossroads. Most Alaska Republicans have abandoned her, and the State Party voted to censure her last year, citing a litany of grievances as she continues to drift far from the mission and vision of the GOP.

There is, however, no natural home for Murkowski on the other side of the isle. Democrats have always had an uneasy relationship with the left-leaning Republican who occasionally votes to confirm conservative Supreme Court Justices, while never going as far they’d like when it comes to expanding abortion.

As Murkowski attempts to cobble together a coalition of left-leaning Republicans and somewhat moderate Democrats, she has become increasingly supportive of hardline abortion policies.

Murkowski seemed to go out of her way to demonstrate to the pro-abortion crowd that she is still a reliable ally.

In February, Murkowski partnered with fellow left-leaning Republican, Sen. Susan Collins (Maine), to introduce a bill (the Reproductive Choice Act) that would codify most of the U.S. Supreme Court’s 1973 Roe v. Wade ruling. The goal was to ensure that abortions could continue unabated across the nation, even if the Supreme Court ultimately strikes down Roe.

Murkowski’s proposed abortion bill aims to enshrine current abortion policy which has been the law of the land for the past half century, resulting in the death of more than 62 million unborn babies. It would “prohibit states from imposing what Murkowski deems an “undue burden” on the ability of a woman to kill her unborn baby. Her bill would also codify the practice of unlimited abortions after fetal viability so long as they are done to preserve the “health” of a woman – including mental and emotional.

Murkowski’s plan, though, does not satisfy the pro-abortion lobby’s every demand. Instead, they insist on an even more radical bill – the Women’s Health Protection Act (WHPA) – which seeks to outright nullify duly passed pro-life laws throughout the nation, as well as negating religious liberty protections for pro-life healthcare workers, informed consent laws and measures that prohibit sex-based abortions or require parental notification for minors seeking an abortion.

In February, Murkowski’s voted with all her fellow Republicans to successfully block WHPA, but on the same day she joined Collins in filing their “Reproductive Choice Act,” both as a standalone bill and as an amendment to the WHPA.

It is unclear how Murkowski will vote on May 11, but those on both sides of the abortion debate will be watching closely.

Murkowski seemed to go out of her way to demonstrate to the pro-abortion crowd that she is still a reliable ally, even if she doesn’t back WHPA.

“I have always supported a woman’s right to choose, the precedents established by Roe v. Wade, and the limitations the Supreme Court has placed on laws regarding abortion services,” she said in a carefully crafted statement about her new bill. “With the Supreme Court set to rule on an abortion-related case later this year, we should codify current protections into law so that women can be confident their reproductive freedoms will not be abruptly reduced or eliminated.”

Murkowski then highlighted her pro-abortion credentials, while stating that she does have some “limits.”

“I have long supported a woman’s right to choose, but my position is not without limits, and this partisan Women’s Health Protection Act simply goes too far,” she said.

Now, Murkowski is back in the hot seat. Sen. Majority Leader Chuck Schumer plans to hold yet another WHPA vote in the wake of the leaked draft document indicating that the Supreme Court plans to overturn Roe. Schumer wants the Senate to revisit the measure on May 11.

Pro-abortion political powers are again taking aim at Murkowski, whom they see as “flimsy” ally. NARAL Pro-Choice America President Mini Timmaraju released a May 6 statement, claiming that passage of WHPA is critical in order to negate the pending Supreme Court ruling.

Timmaraju said the pro-abortion legislation introduced by Murkowski and Collins will only “muddy the waters by pushing a “flimsy” abortion bill.

“If these Senators truly cared about safeguarding reproductive freedom in the face of an unprecedented assault from the Supreme Court, they could vote for the Women’s Health Protection Act (WHPA), a bill that actually secures the right to abortion against medically unnecessary bans and restrictions,” Timmaraju said. “Instead, they’re engaging in political theater and making misleading claims about what WHPA is and does.”

It is unclear how Murkowski will vote on May 11, but those on both sides of the abortion debate will be watching closely. Her chief challenger in the upcoming election is Kelly Tshibaka, a woman who has been vocal in her belief that unborn babies must be protected from the threat of abortion.