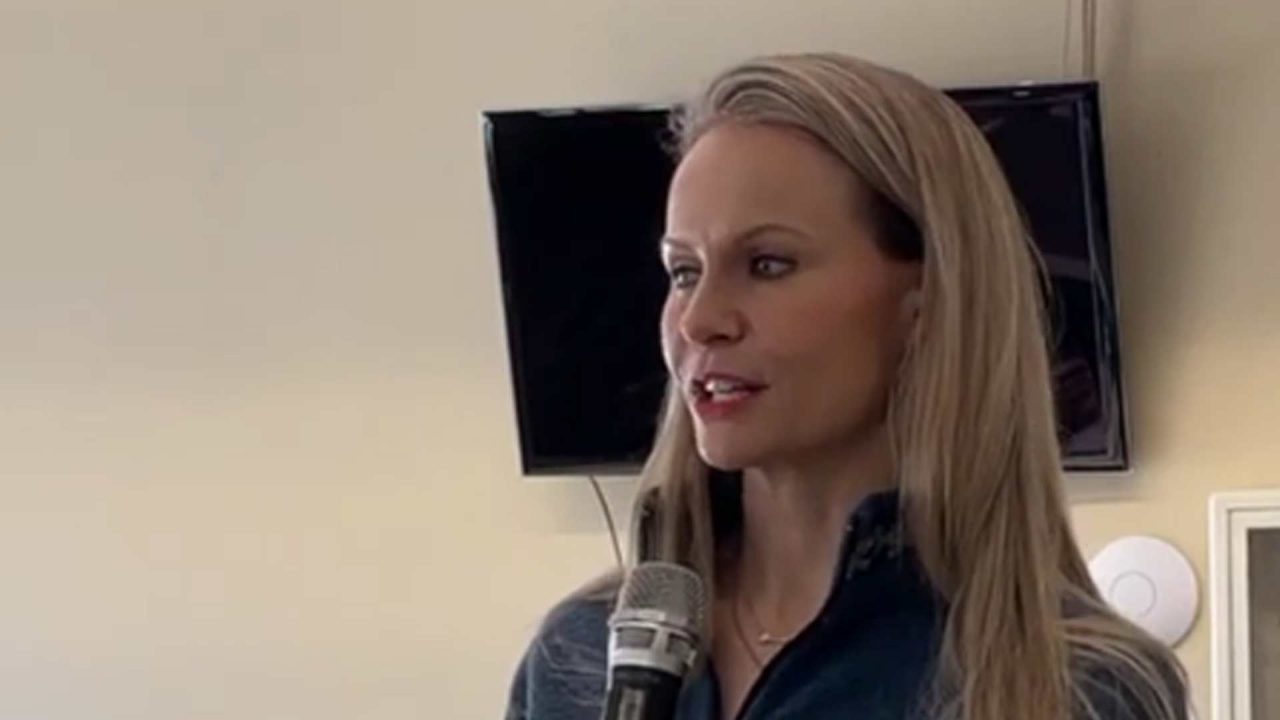 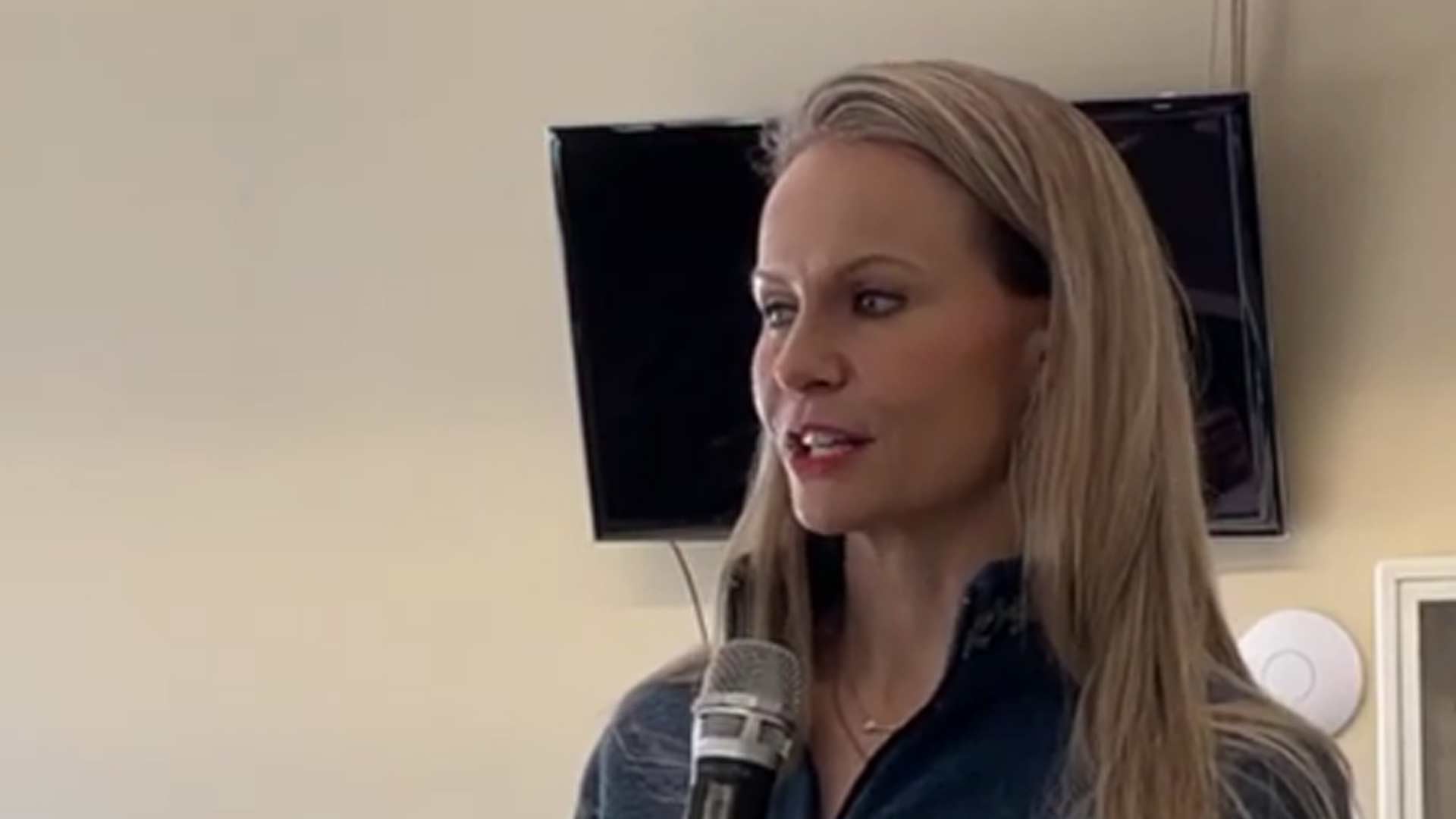 Kelly Tshibaka, who is attempting to unseat 20-year U.S. Senator Lisa Murkowski in the 2022 midterms, addressed a number of hot-button issues during a June 16 appearance on a faith-based Alaska radio show.

“I’m completely, 100% prolife,” she said on the Family Matters radio show. “I had the joy of volunteering in a crisis pregnancy center for a few years and getting to meet women who were in that point of need and helping them through that crisis. That’s a great honor, to be with women at that point.”

She then challenged pro-lifers to take concrete steps to protect the unborn.

“For everyone listening, if you are pro-life, then let’s put our money where our mouth is,” Tshibaka said. “Let’s open up our homes and hearts to fostering and adopting. We can’t say we are pro-life and sound that alarm and then not do much about it … If we believe, we need to act.”

Minnery asked Tshibaka where she stood on the Equality Act, which has passed the U.S. House and is currently before the U.S. Senate. This legislation looks to change the 1964 Civil Rights Act to include “gender identity and sexual orientation” among the legally recognized “non-discrimination” classifications. It would mandate that Americans accommodate and facilitate behavior and events associated with the LGBTQ movement in private establishments, schools, churches, business, health care, entertainment and many other areas.

“The Equality Act is anything but about equality,” Tshibaka said.

She then addressed the need to defend religious liberties while also upholding the dignity of those who identify as LGBTQ. In particular she mentioned the 2015 U.S. Supreme Court ruling that legalized gay marriage in all 50 states.

“What the Equality Act says is we don’t value the dignity and diversity of people with faith views,” she told Minnery.

“Under Supreme Court ruling, there is dignity and rights afforded both to same-sex marriage and to equal protection for those who have religious expression, and it holds those two rights in tension,” Tshibaka said. “This happens in law regularly where we have things held in tension in law.”

Tshibaka said this tension is healthy.

The Equality Act, however, goes too far, according to Tshibaka.

“What the Equality Act says is we don’t value the dignity and diversity of people with faith views,” she told Minnery. “We’re going to force everyone to conform to a view that says only those who accept these certain meanings about marriage and biological sex are accepted. Anyone who has different views about sexual orientation and gender identity are not accepted.”

Tshibaka favors common sense laws that do not pit people against each other.

This would lead to employers and workers being coerced to violate their deeply held beliefs or they could lose their livelihoods, Tshibaka observed.

“This would affect florists, bakers, photographers, videographers, calligraphers, public servants, wedding venue people – all of them,” she said. “It would also affect medical professionals – people who have moral or medical objections to paying or providing for certain therapies.”

Ultimately, Tshibaka said the Equality Act is an example of the gradual erosion of basic fundamental civil rights for anyone who disagrees with the LGBTQ political goals.

“I think we need to be really concerned about this,” she said. “I think it ultimately goes against some of our Constitutional rights. I think advocating for and reclaiming our rights is one of the key things Alaskans are interested in right now, and we see an erosion of that happening at Congress and this is an example of that.”

Tshibaka said she favors common sense laws that do not pit people against each other – laws that recognize that people have different views “and that’s okay.”

With regard to transgender sports, in which biological males who identify as female are increasingly being allowed to compete against women and girls, Tshibaka said she opposes the practice as fundamentally unfair to women.

“I care deeply about the rights and privacy and safety of women and girls,” she said. “I don’t promote the erosion of those rights for the advancement of transgender sports causes.”

She added that allowing biological males to dominate these sports marginalizes women athletes.

Recalling her days of playing women’s ice hockey, Tshibaka said it is vitally important that women be able to compete against biological women.

“We need to protect what we have fought so hard for in women’s rights and acknowledge what that is and have a lot of compassion for these girls and these women who have worked and sweat and shed blood on the ice if you will,” she said.

She added that allowing biological males to dominate these sports marginalizes women athletes.

We cannot “steal from them at the end of their junior high, high school, college careers what could be winning moments – you know scholarships, advancement because we are trying to promote the advancement of transgenders sports causes,” Tshibaka said.

As an alternative to having biological males who identify as female compete on women’s teams, she floated the idea of creating a transgender sports program.

“What about, for example, setting up trans sports. Is that so difficult?” Tshibaka said. “Are we now at the point where we need to consider setting up other sports programs where we can actually be inclusive of everyone, there’s fairness in sports, everyone’s rights are recognized? You know these are some of the conversations that we could have without playing the either-or game and excluding a whole bunch of people and honestly hurting people – hurting biological females, hurting people who identify as trans.”