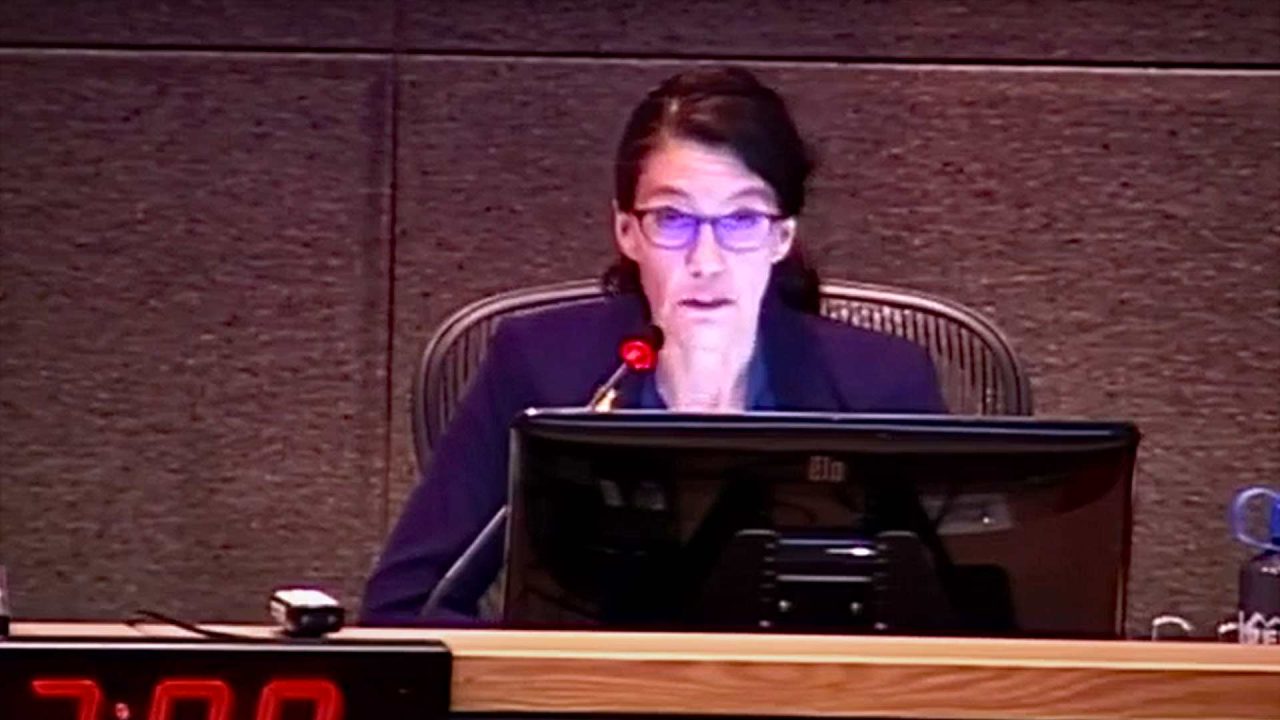 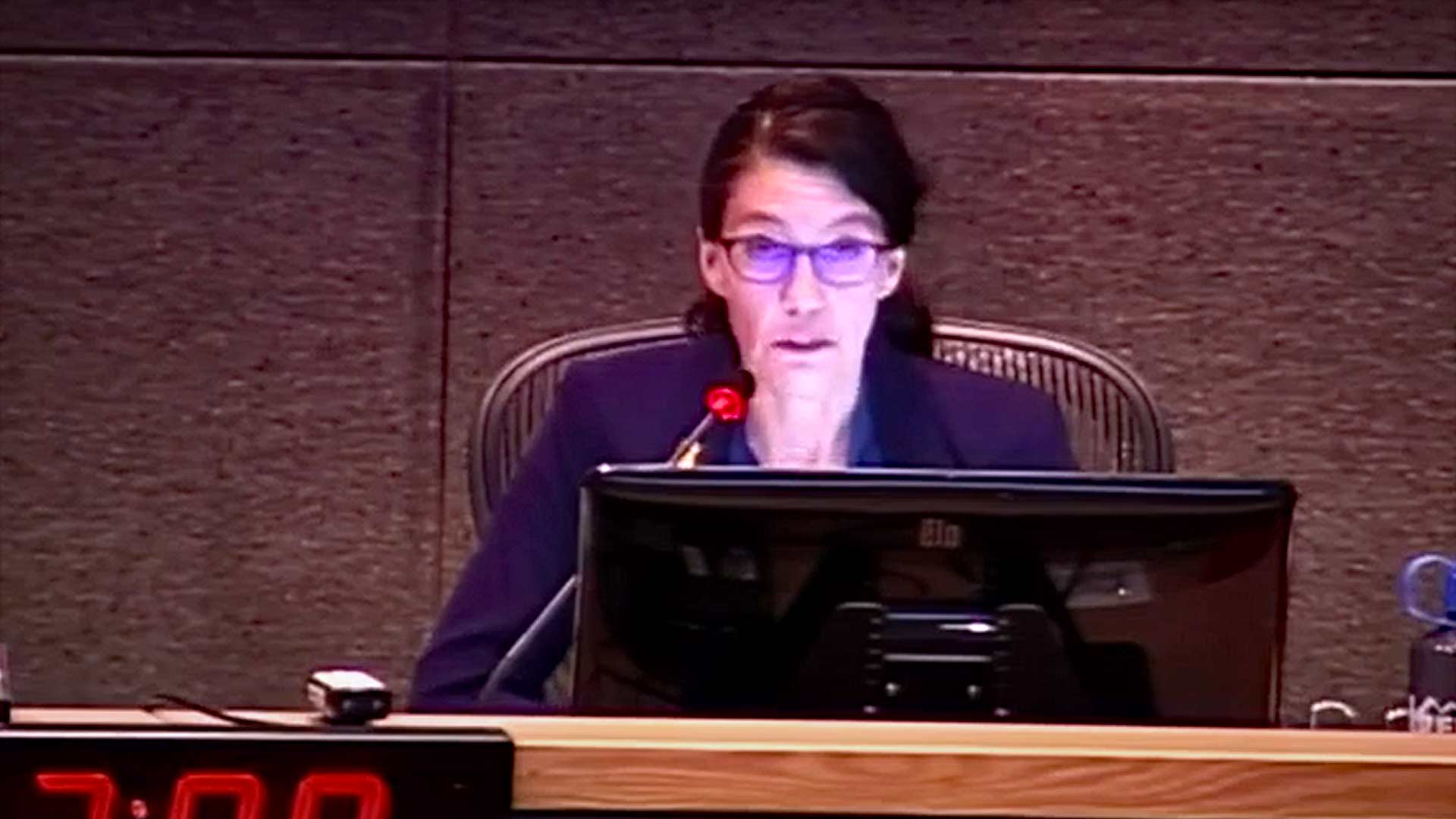 Six members of the Anchorage Assembly voted to shut down public testimony following a heated exchange between Assembly Chair Suzanne LaFrance and Assemblywoman Jamie Allard at the May 24 meeting.

The next public hearing on the ordinance is set for June 1, starting 5 p.m. at the Assembly Chambers in the lower level of the Loussac Library.

Tensions were high at the start of the six-hour meeting on May 24 due to a proposed ordinance by Assemblyman Christopher Constant which would allow six members of the 11-member Assembly to remove a duly elected mayor.

As one of the most far-left members on the Assembly, Constant is a vocal critic of conservative Mayor Dave Bronson. Elected last year with a record 46,000 votes, Bronson has challenged the leftist majority on the Assembly, vetoing controversial ordinances and appointing key department heads which they dislike.

Despite these differences, Bronson opened the meeting by calling Constant’s ordinance a “shocking,” and “partisan” attack on the office of the mayor – one that violates the separation of powers.

The packed audience cheered Bronson’s remarks, only to be shushed and threatened by Assembly Chair LaFrance, who repeatedly warned that she would remove members of the public whom she deemed to be too loud or enthusiastic in their responses.

All but one person who testified on Constant’s ordinance opposed his plan.

Eight people spoke against the plot, calling it a “power grab,” an “attack on the Bronson administration,” and an attempt to “deprive the people the right to vote.”

One woman, who said she didn’t even vote for Bronson, said Constant’s ordinance appeared to be a “vindictive” scheme to remove a mayor whom Constant openly opposed during the 2021 election campaign.

The meeting ended abruptly shortly after the Assembly voted to extend the meeting until midnight.

Following public testimony by private Anchorage Attorney Mario Bird, in which he questioned the legal advice of Municipal Attorney Dean Gates, with regard to Constant’s ordinance, Assemblywoman Allard asked two follow up questions. She was then cut off by Chair LaFrance, who said Allard’s line of questioning did not meet LaFrance’s view of “clarifying” questions.

Allard retorted that her question was, in fact, a clarifying question, as it was asking Bird whether he thought the legal advice the Assembly was getting attorney Gates was reliable and accurate with regard to Constant’s ordinance.

Bird began by saying he didn’t always agree with Gates but that his analysis was “pretty well researched.”

At that point LaFrance cut Bird off, telling Allard, “That’s not a clarifying question.”

“Actually, it is,” Allard responded. “I’m directing him exactly to what he was speaking on in quoting Mr. Gates in the law, but hey, you discriminate against me all the time. I got it. Thank you. You can put that in the notes too.”

Allard spoke over LaFrance, saying she was “biased” and “discriminating against fellow assembly members that disagree with you.”

LaFrance declared Allard “out of order.”

“And I always am,” Allard shot back.

At that point Constant shouted: “I move to adjourn!”

The audience moaned and booed Constant’s effort to shut down the meeting.

“Shame on you,” a woman yelled from the audience.

LaFrance tried to quiet the crowd by having security remove the woman from the Assembly chambers.

After taking a five-minute break, Constant restated his move to shut down the meeting. This time, he used the public, rather than Allard as his excuse for adjourning.

“The body of the public has become so unruly, a motion to adjourn is in order,” he asserted.

The meeting then promptly ended with a long line of audience members still waiting to testify.

The next public hearing on the ordinance is set for June 1, starting 5 p.m. at the Assembly Chambers in the lower level of the Loussac Library.